We had one of those rather embarassing moments on our second day in Arles when, eager to escape the vigorous Mistral wind and therefore sitting down at the first restaurant we came across with a sheltered position, we found ourselves, upon being handed the menu, faced with prices which were well in advance of our lunchtime budget. Splashing out in the evenings is one thing (you can barely do otherwise with Provence’s prices), but if we were to spend similarly at lunchtime, we wouldn’t be able to pay for a bed for the night. So when we sat down at a table outside l’Atelier de Jean-Luc Rabenel (otherwise translated as the studio of Jean-Luc Rabenel), we quickly discovered that we couldn’t afford it. So what did we do? We ran away! (We did however settle on a cute little cafe just down the street – check out these delicious salads…) 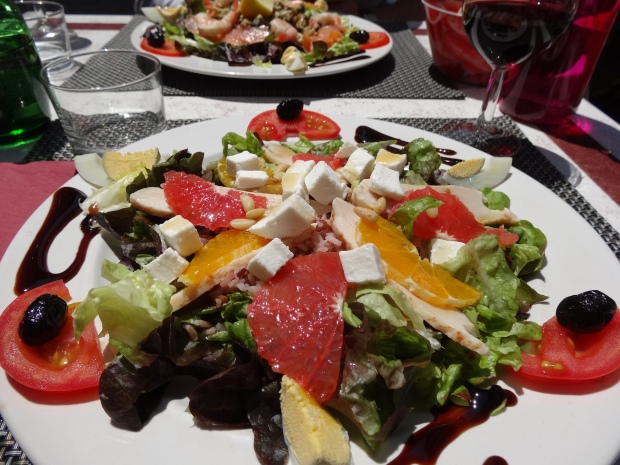 This ever so embarrassing escapade may have been bearable, were it not that come the evening, we struggled to find a single decent restaurant which was not a tourist trap anywhere in town, and so decided to return to said restaurant, with our tales between our legs. Luckily none of the waiting staff who had earlier wasted a sparkling water order on us appeared to notice that we were the absconding duo from earlier in the day. Or if they did, they hid it well. Which is what one comes to expect from a quality restaurant, and with two michelin stars to his name, the restaurant of this self-styled artist-chef does certainly did not lack in quality.

Lucky enough to seize upon the last remaining table in the very cute little street – the Rue des Carmes – where the restaurant is located, we could enjoy charming views of old shuttered buildings and grape vines crawling possessively over building facades before we had even gazed upon the visual delight that was the food coming out of Rabenel’s kitchen. To start, neither of us could resist the ice-cold gazpacho, nor did either of us regret the decision to replicate when the dish, artfully presented as a quasi-cocktail on ice with a sprig of rosemary and complemented by a handy straw, was served, alongside mini bruschetta topped by salty serano ham.

The main course followed swiftly, although for me this disappointed. Sticking to the more economical fixed price menu afforded me less choice for mains, but the fish pie upon which I eventually settled lacked the kind of originality in both presentation and flavour which is to be expected of a michelin star establishment – although the handmade pesto side dish was an indisputable delight. Dominik did better, with a huge pan full of succulent muscles, plunged into a soup-like jus filled with delights such as rustic chorizo sausage and caramalised prawns. 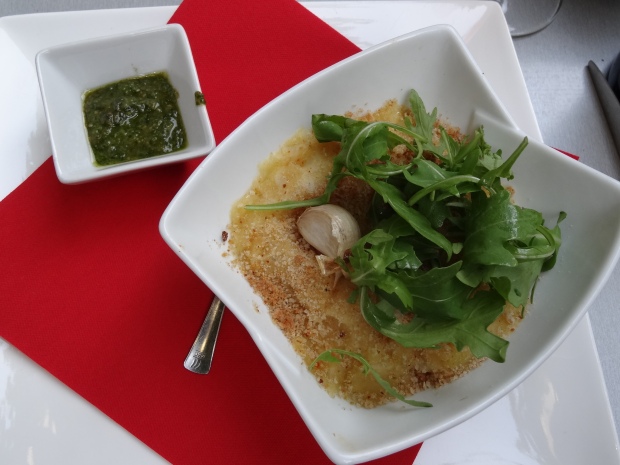 But as mains paved their way to dessert, another duplicated choice for us both – a chocolate cake with a wonderfully strong vanilla cream, pistachios and berries – again exhibited all of the flourish of fine dining, if it lacked slight the originality which we spoilt London diners come to expect of our michelin stars. 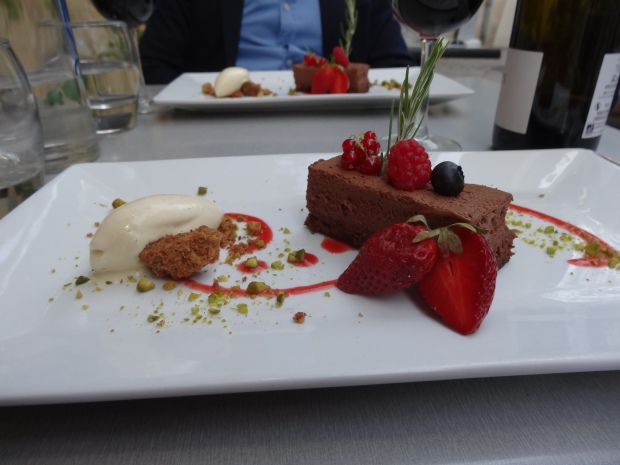 But over all, the restaurant was a delight and wonderfully situated in a quite Arlesienne street, suitably off the beaten track to avoid the kind of tourist groups pouring into the tacky restaurants claiming to have a Van Gogh connection, and excitingly modern despite the aged charm of its situation.

L’Atelier is part of group of restaurants all belonging to the “cercle rouge” group and situated on the same street. Next door is the Bistro a Coté – the wonderfully animated website of the Alan Sugar lookalike chef is worth a gander in itself. 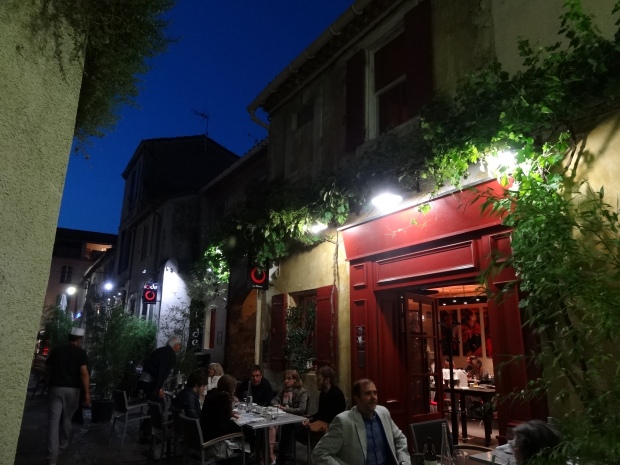