Folio // Porto from the Rooftops

When I look through my photos of Porto, one thing really stands out, even more than the blue and white ceramics which embellish the houses – the rooftops. Swathes of terracotta dominate my photographic collection, and as many will know, I do like a good rooftop, especially when offset by the colours which inherently characterise southern Europe. Porto is no exception for a city resplendent in colour, but what it has more than your average city is a most unusual topography – one which rises and falls over undulating hills so that, even if you’re not climbing up towers and high stories, you can benefit from the most glorious views of warm red roofs and green bushy treetops. 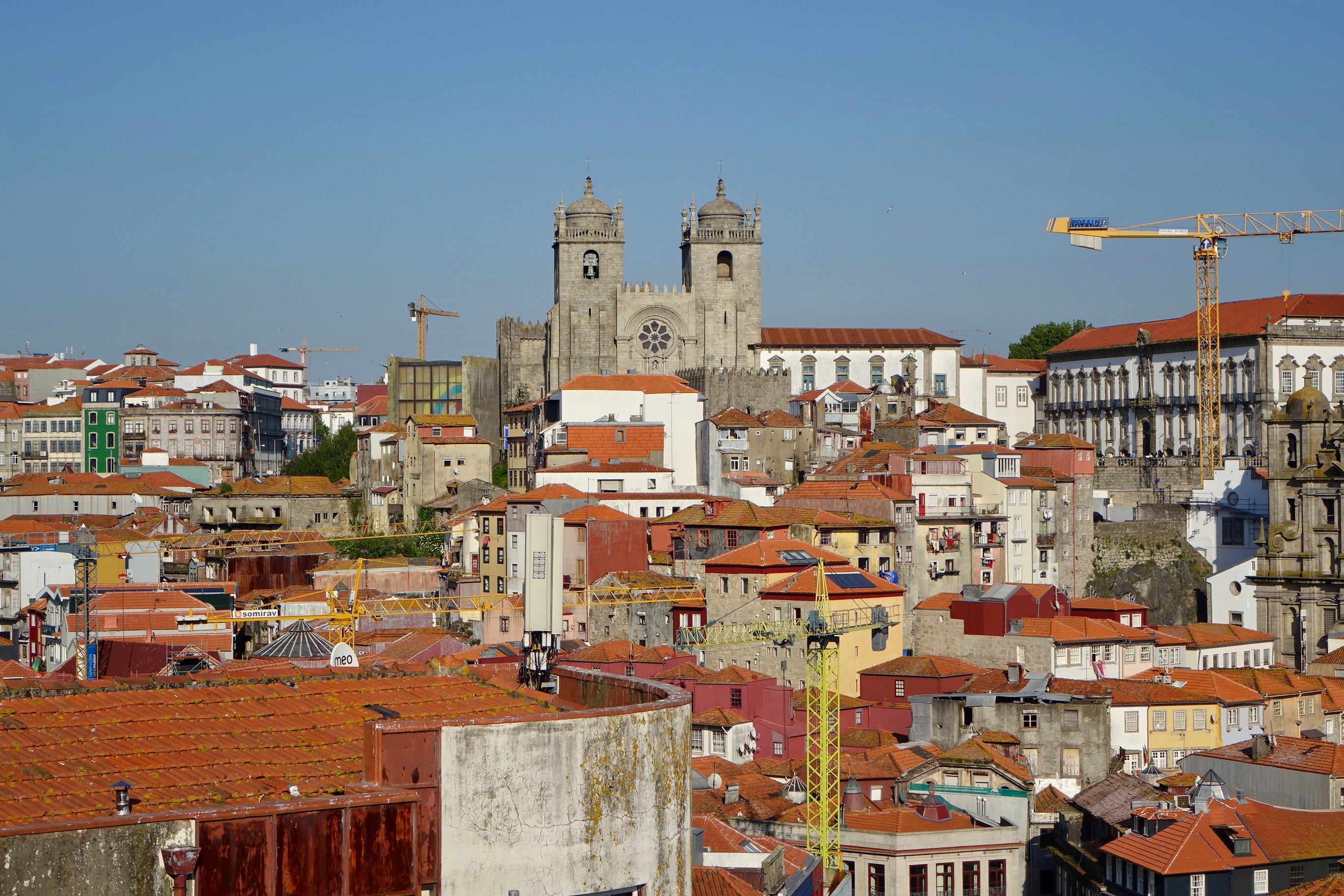 This little collection of rooftop photos enjoys a variety of angles, from the Miradouro de Vitoria, an almost hidden street which suddenly opens up into a splendid view over the Ribeira and across to the cellars of the Vila Nova de Gaia, and the spectacular square outside the Sé Cathedral, to the stunning vistas afforded by the Ponte Dom Luís Bridge, and from the heady heights of the dominating Torre dos Clérigos. There, laid out before us, rooftops seemed to jostle for space, vying for light light trees in a forest. And in that forest, cranes seems to rise above the city like new shoots of spring – a sign perhaps that Porto is itself enjoying a new regrowth, as it repairs and reinvents itself in response to its renewed popularity. 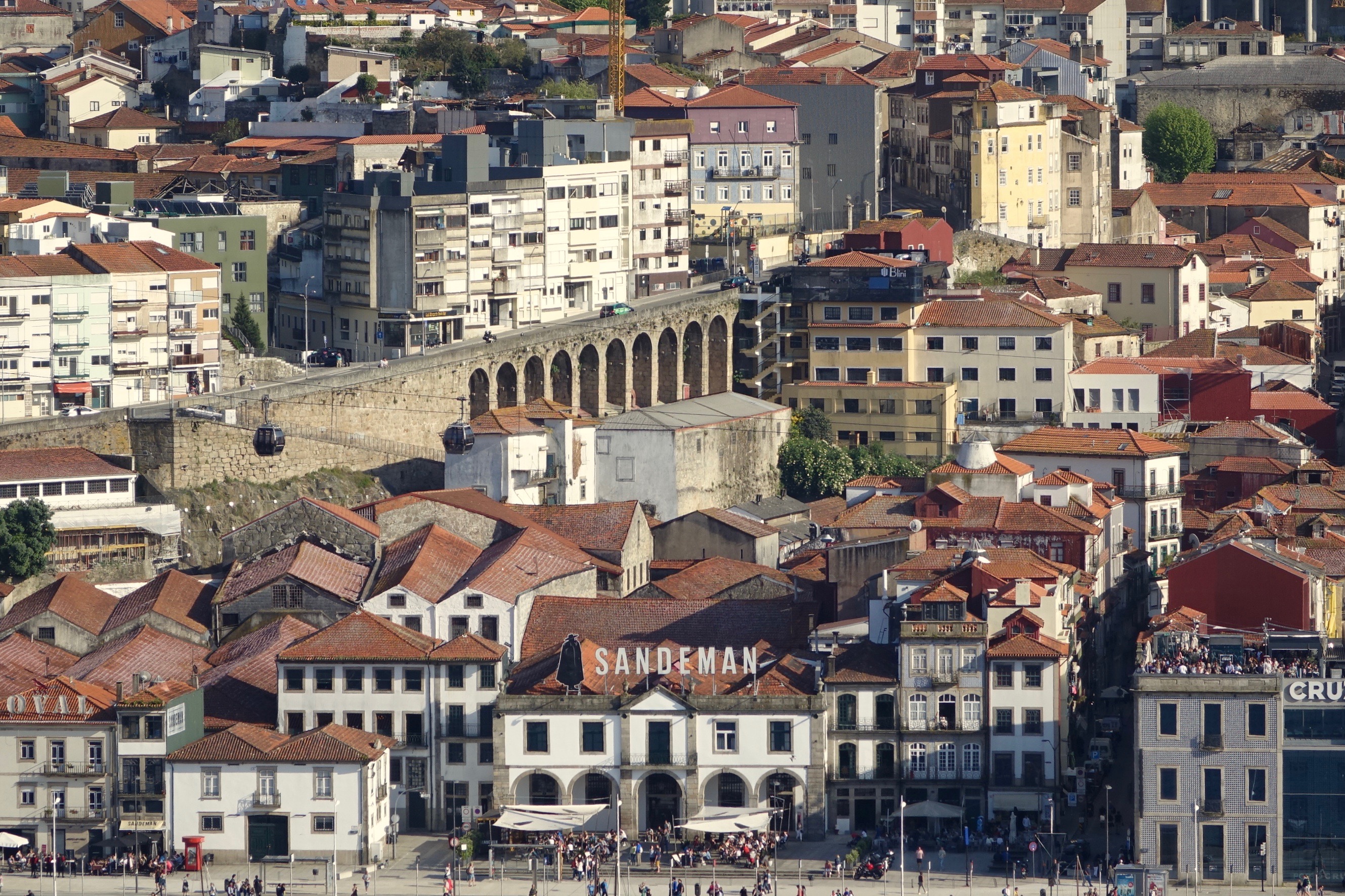 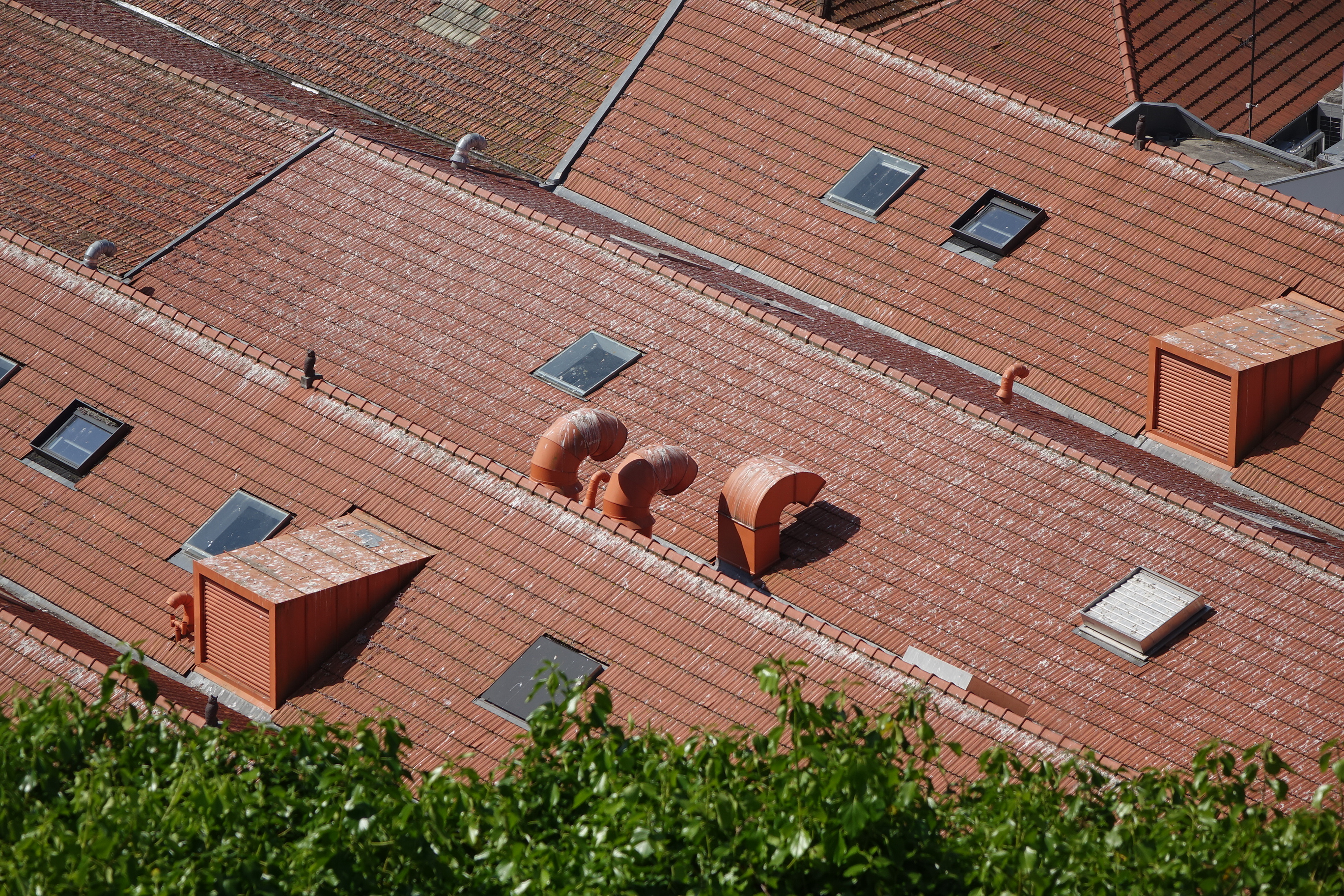 Porto is a city which literally smiles through its tiles. Every facade is alive with the glinting sheen of ceramic glaze. Their colours are abundant, their pattern even more so, and there is barely a house without a tile attached. When one wanders around Porto, gazing in abject fascination at these dazzling facades, one tends to question why we don’t all affix tiles to the front of our houses and buildings? Isn’t this the simplest way to give our exteriors something of the personality within, while – practically speaking – saving the need to repaint every year? 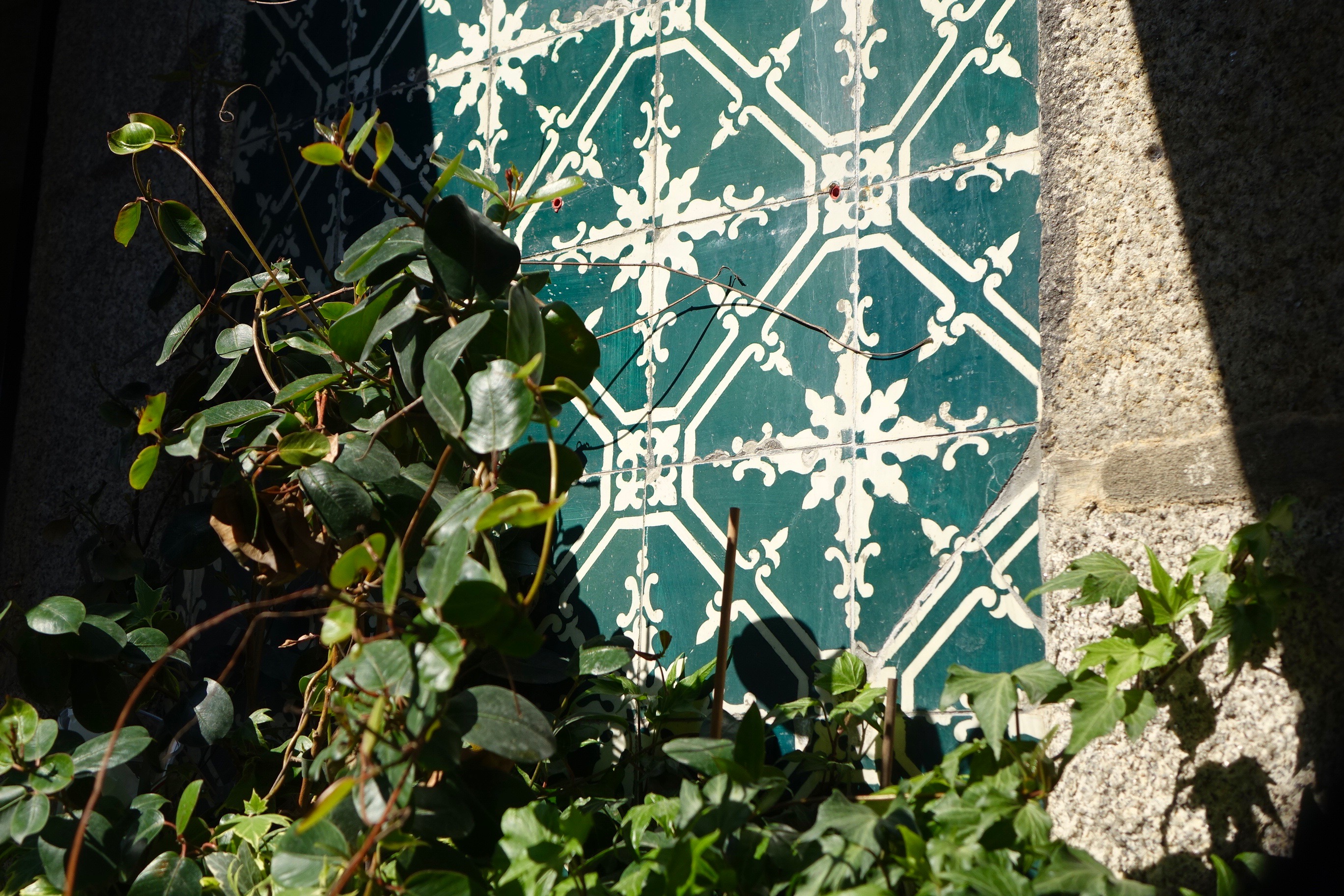 Be they a practical solution or a traditional embellishment, the ceramic tiles of Porto are completely characteristic of the city. From the simple geometric designs and slightly more elaborate three dimensional variations emblazoned on homes to the pure masterpieces of blue and white illustrative design which narrate the walls of churches and (best of all) the San Bento central station, there are tiles to be admired throughout Porto. Here is a folio of my photos of just a few of them. 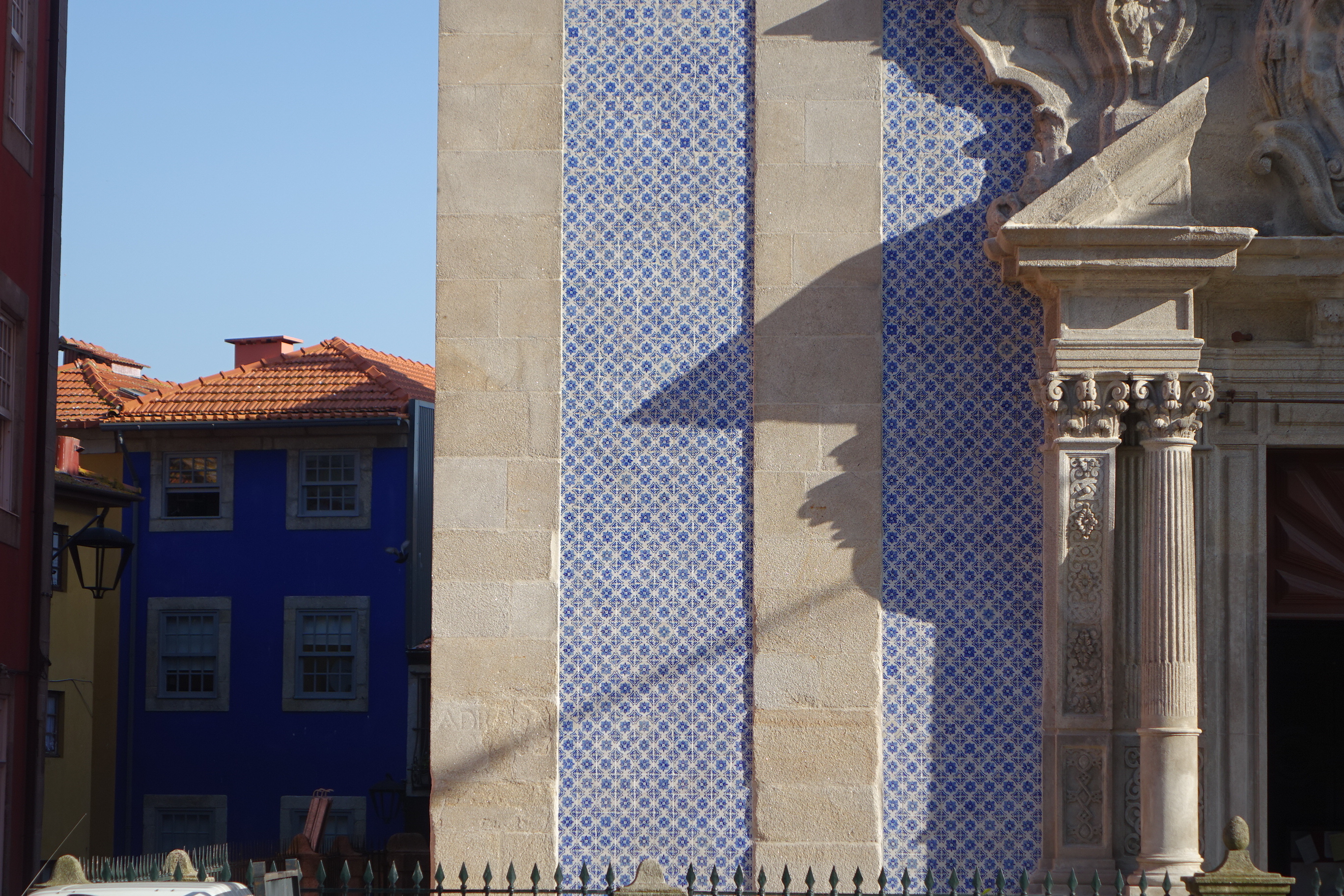 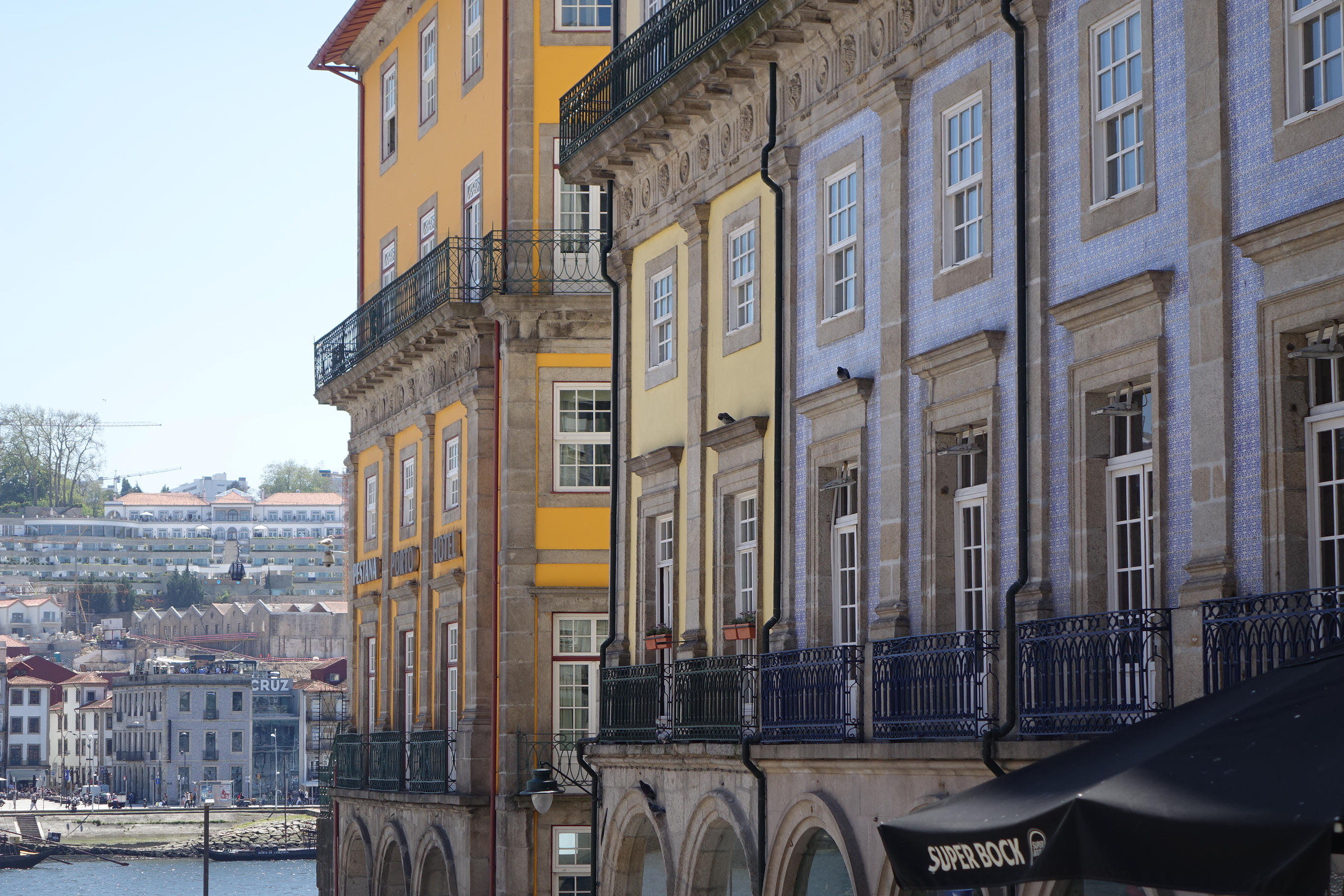