Colourful, dynamic, descriptive, compelling: a few words whose collective use goes some way to describe the artwork of British-born, London-based painter and printmaker, Nicholas De Lacy-Brown. Despite training as a lawyer and devoting his early years to academic studies, De Lacy-Brown’s self-taught artistic journey began as an instinctive reaction to the world around him; an innate expression of a personality bursting at the seams with fantastical imagery and often surreal reimaginings of his many passions and personal experiences.

Prolific from an early age, the artist has exhibited widely across his home country of England, as well as in the cities of London, Paris, Copenhagen, Amsterdam and New York. In 2009, he was awarded the International Young Artist’s prize at the International Festival of Art in Marbella (FIAM) and in 2015 was invited to be part of a prestigious installation in the celebrated Van Gogh Museum in Amsterdam, where his work remained on exhibition until early 2016. In 2014, his works entered the collection of the Victoria and Albert Museum in London, and were exhibited as part of a group showcase in London’s famous Dulwich Picture Gallery and in the Bankside Gallery on London’s South Bank. His solo exhibitions include the self-exploratory Between Me and My Reflection (2006), Sebastian’s Arrows (2008) and When (S)pain became the Norm (2014), which explored a traumatic episode that coloured much of the Artist’s later work, as well as themes of Spanish culture and history.

De Lacy-Brown’s style is characterised by whimsical detail, the use of strong colour and a fantastical mix of figurative expression, abstract and cubist composition and surreal imagery. From auto-biographical images and portraiture to illustrative depictions of landscapes and cities, his works have adapted successfully to a range of mediums, from his favourite use of oil on canvas and gouache on paper to intricate illustrations, etchings and relief prints. His popular illustrations have featured in international print media, and are today at the heart of the multi-award winning blog, The Daily Norm.

For more about the work of Nicholas de Lacy-Brown, head to his art website, www.delacybrown.com 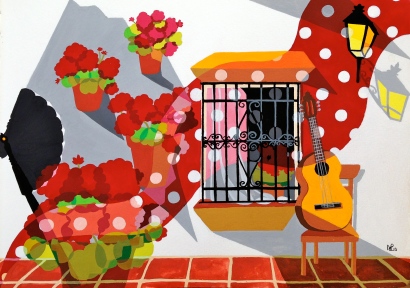 An Englishman in Andalucia (2015 © Nicholas de Lacy-Brown, oil on canvas) 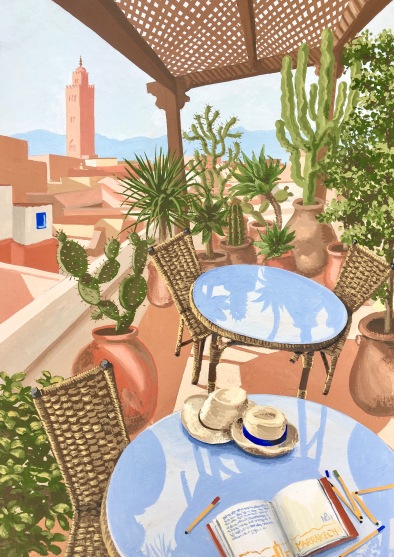 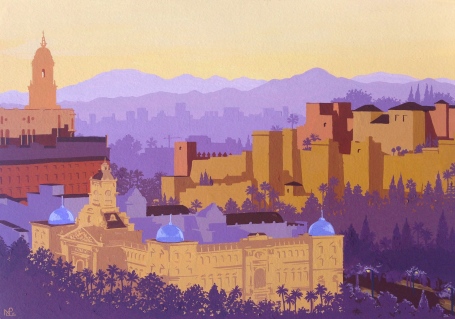 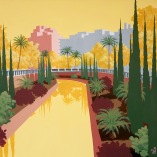