Night at the Royal Ballet: The Dream/ Song of the Earth 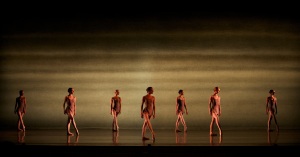 When I was invited to spend the evening at London’s Royal Opera House to see a double-bill Royal Ballet performance of The Dream and Song of the Earth, I was more excited by the prospect of enjoying the sumptuous surroundings of the Royal Opera House (which, owing to hefty prices, I rarely get to enjoy) rather than the ballet itself. I’ve always considered myself more of an opera man dismissing the love of ballet as being confined to those fanatics with a familiarity of and appreciation for the technical aspects of dance. Last night I found the Royal Opera House to be as stunning as anticipated. From the startlingly modern, elegantly dazzling Paul Hamlyn Hall, where champagne takes centre stage, and the glass and iron structure is like a diamond preserved from the Victorian era, to the sumptuous surroundings of the plush red and gold auditorium: this theatre is without a doubt the jewel in London’s crown. But for me, the real stunner of the evening was, to my surprise, but quite appropriately, the preserve of the performance on stage. 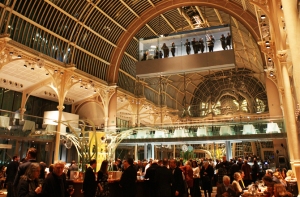 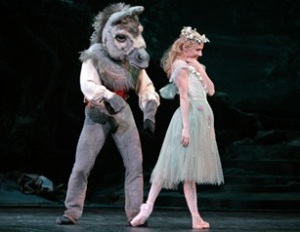 In their performance of The Dream, set to the well known music of Mendelssohn (the wedding march now being played out all over the world as a newly married couple descend magnificently down the church aisle) the Royal Ballet provided a whimsical, tight and aesthetically joyous production, a cornucopia of visual delights, and a perfectly danced narrative of Shakespeare’s renowned Midsummer Night’s Dream tale. But in Song of the Earth, the Royal Ballet did not just present a ballet performance, but an indubitable work of art, a stunning rendering of moving sculpture, a work of poetry told through the human form. It was mesmerising, haunting and moving all in one. I left the ballet a changed man. 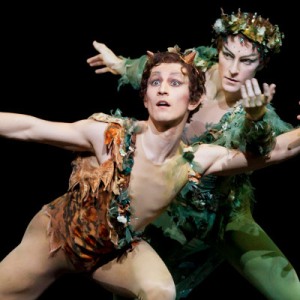 Oberon and Puck - The Dream

So why was it so good? Well I am a quite the philistine when it comes to the technical adroitness of a ballet dancer, but it was immediately obvious from both performances that the Royal Ballet does not cut corners when it comes to quality. In their performance of The Dream, the ballerinas danced with such poise and light delicacy that the distinction between dream and reality blurred as a stage full of flitting fairies appeared to come to life. This was no doubt enhanced by the beautiful and complex scenery coupled with low misty lighting which perfectly epitomised the fairytale grotto of childhood imaginings. This performance was definitely the more traditional of the two, but it did not lack allure because of it. Rather, the charm of the corps de ballet, identically dressed in diaphanous luminescent little tutus, tinged with forest shades of greens and turquoise, was like the coming to life of a Degas pastel. The romance of the ballet was thereafter confirmed, as I imagined myself as something of a Degas, ready to leap up into the wings and paint the dancers at work. 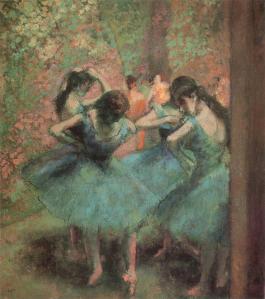 But in Song of the Earth, greater forces combined to conjure a startling production of mesmeric power. Here the music, the lighting, the stark scenery, the stripped down costumes and the athletic skill of the dancers all joined forces to create an awe-inspiring tour de force of emotional exploration. Song of the Earth is a ballet choreographed by the ballet supremo Kenneth Macmillan (1929-92). It is set to the haunting, often chromatic and deeply stirring score by Mahler. His 1908 composition (“Das Lied von der Erde”), was itself based upon six ancient chinese poems which had been translated into German the previous year by Hans Bethge. The poems, which dealt with themes of living, parting and salvation touched Mahler deeply at a time when he was embroiled in his own personal melancholy, having lost one of his children to scarlet fever and diphtheria and being himself close to death with a significant heart defect. The significant emotional journey along which Mahler was relentlessly embarking during this time bleeds through, in every tender and painful detail, into the score. In the Royal Ballet’s performance, the songs are intermittently sung by a tenor and contralto. When combined with dance, the result is magical. 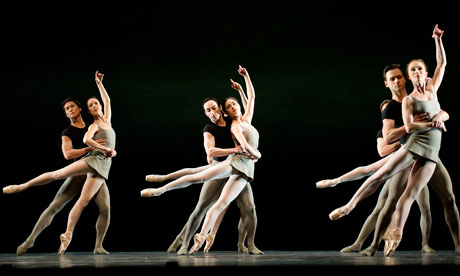 Song of the Earth (© Tristram Kenton for the Guardian)

“The wine already beckons in the golden goblet
but do not drink yet – first I will sing you
a song.
With a burst of laughter the song of sorrow
shall sound into your soul.
When sorrow draws near, the gardens of the
soul lie waste,
Joy and singing wither and die.
Life and death alike are dark.”

I: The Drinking Song of Earth’s Misery 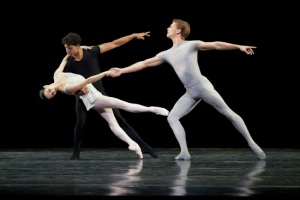 Song of the Earth

The dance perfectly reflected the themes of anguish, life, death and salvation intermittently explored by the singers and the score. The contemporary choreography was so artistically executed, it took my breath away, and words are not sufficient to describe the effect produced. Nonetheless, as I attempt to consider and put words to my emotional response, I am particularly struck by the staging – a stark bare stage, with the dancers lit from above and behind. This resulted in shadows forming on the front of the dancers’ bodies, so that every muscle and angle of their beautifully choreographed and moving forms could be appreciated with an enhanced focus. Also, the monochrome tones and use of identical costumes amongst male and female dancers respectively meant that the personality was taken out of the dancers, and the focus placed in the use of their bodies, and the shapes of their dance in narrating the emotions portrayed. Thus at times the dancers appeared to form the shape of temples, flowers, swinging pendulums and of twisting anguished souls, entangled in chains around each other as the dancers desperately sought to escape their inexorable link with death. 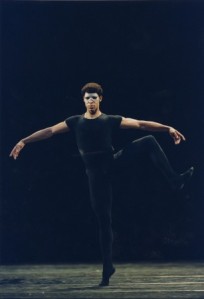 Carlos Acosta as the Messenger of Death (© ROH, Bill Cooper)

By contrast, the brooding masked persona of the characterised messenger of death, stunningly portrayed last night by Ballet favourite, Carlos Acosta, was omnipresent across the performance, a sinister undertone whose looming role in the tale was forebodingly clear. Particularly impressive also was the lead female ballerina Marianela Nuñes, exhibiting an almost superhuman control of her elegant form, specially when, during one movement, she danced en point backwards across the stage for what must have been almost a minute uninterrupted. The skill of dancing on show was staggering.

Ballet is one of those things you just have to see in action, alive and throbbing on the stage. Even Degas’ paintings can’t replicate the power and emotional draw of a real performance, and televised performances also lack the intensity of a live show. Now I have seen the real thing, I am a man converted. 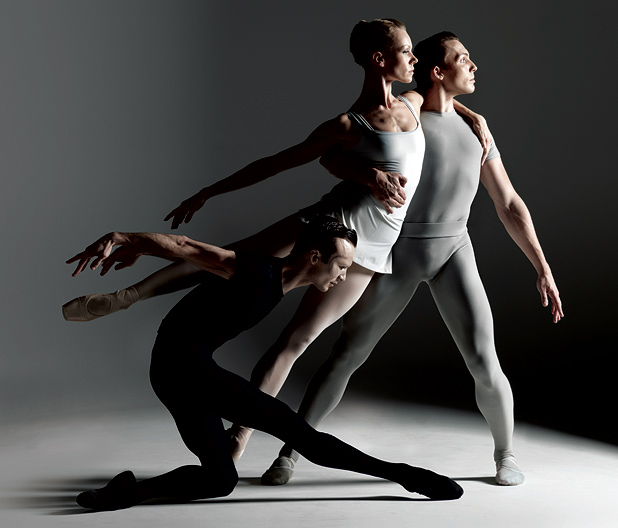 Monochrome colours and simple costumes to stunning effect: Song of the Earth

Postscript: Thanks go to my friend Siobhan, who took asked me along to the ballet last night, and particular congratulations go to Francesca Hayward, dancer of the Royal Ballet and member of the corps de ballet in last night’s performance of The Dream – it’s incredible to see a young face from my childhood up on the Royal Ballet stage having achieved so much as such an accomplished young dancer. I envisage a great future ahead for you. 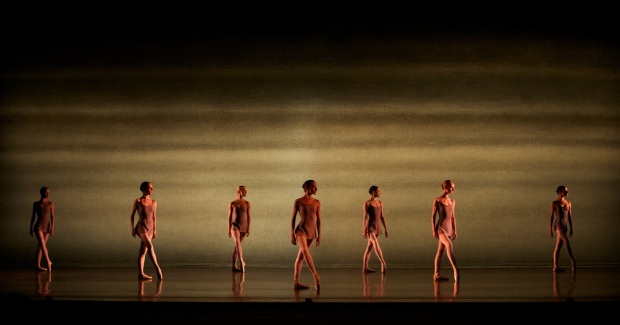