After a rather soggy start to our weekend sojourn in Bruges, the sun, when it came, cannot have been more welcome. As always happens when the depressing influence of cloud breaks and the atmosphere breathes a sigh of relief, Bruges opened itself up to receive the first glimmers of winter sunshine. And suddenly, before our very eyes, the city, which until now had appeared quaint, suddenly revealed the full extent of its beauty in full multi-coloured high dimensional clarity – like a bride whose blushing face is uncovered before the doting groom, the obfuscation of her lace veil being swept aside. 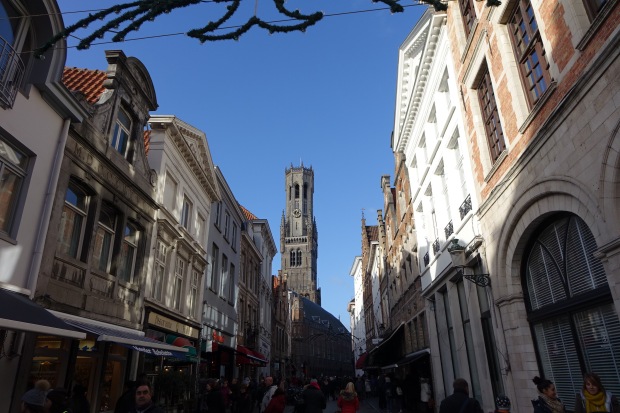 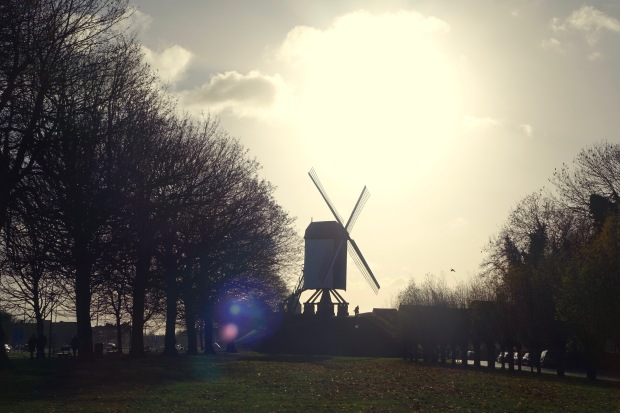 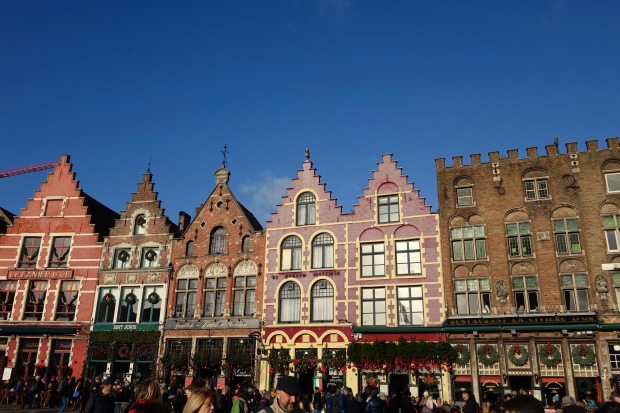 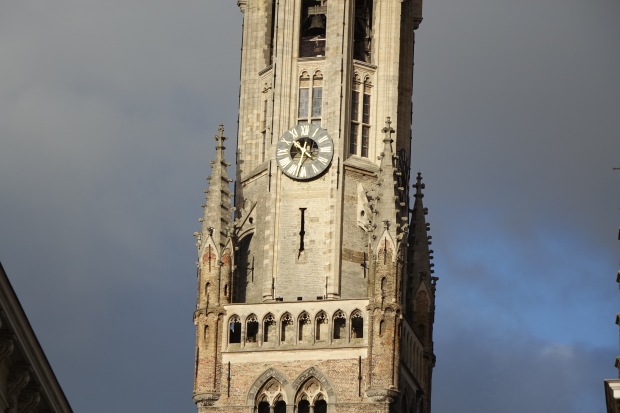 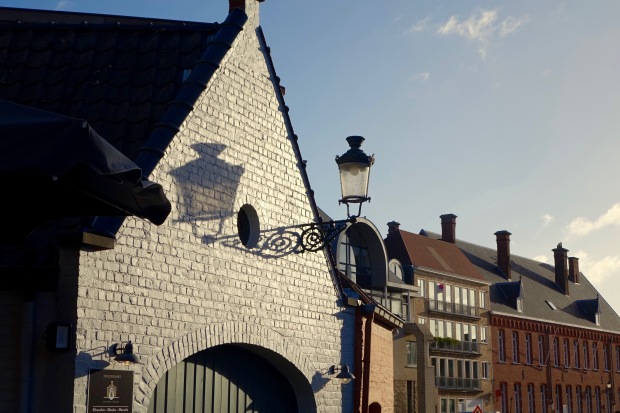 While Bruges exudes charm throughout its network of canals and cobbles, across its staggered rooftops and old timber town houses, it is a city which comes alive when the sun magnifies the resplendence of its colours and details. I loved the fact that on so many of the gothic spires or roof windows, a sweep of grey tiles would be broken by woodwork painted in a vivid high-gloss red; or the fact that in Bruges’ many squares and principal streets, its tightly packed buildings are each given personality through a veritable rainbow of coloured facades and golden statues. 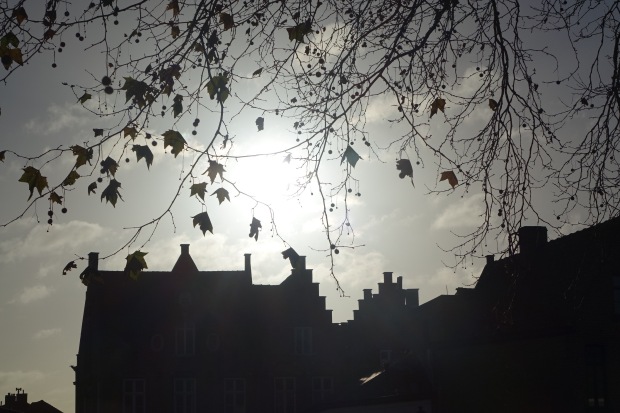 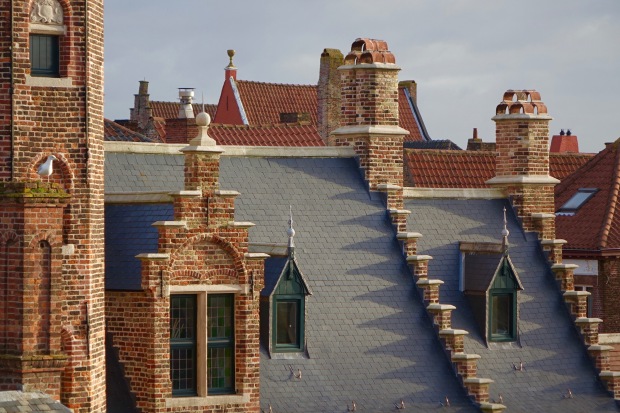 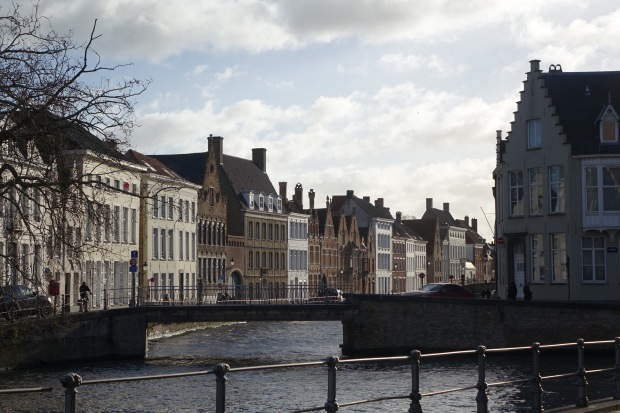 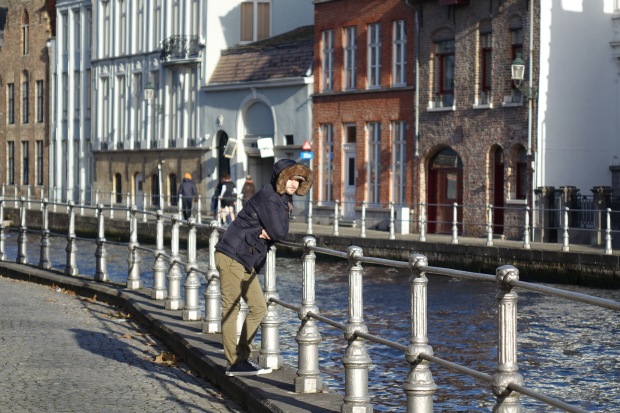 As is the case with any city set on water, such colour and charm as resides above the waterline is swiftly replicated as the tranquil canals provide a mirrored surface hungry to reflect the panoply on tones glowing alongside it, so that in providing a double vision, the waters of Bruges complete a fully immersive picture of architectural brilliance across all visual planes. Yet in Bruges, unlike in Venice for example, its skyline is additionally punctuated by the addition of windmills and peaked rooftops, which, when seen alongside gothic spires, creates a uniquely spiked spectacle softened by a multitude of trees which must look splendid in warmer seasons. 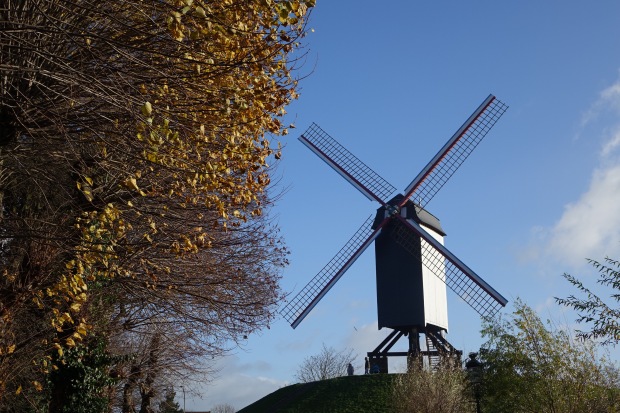 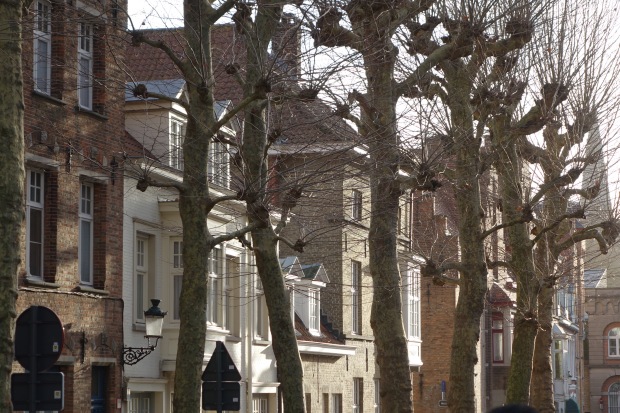 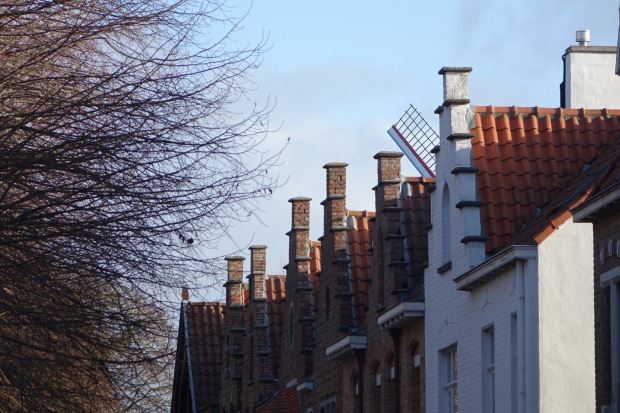 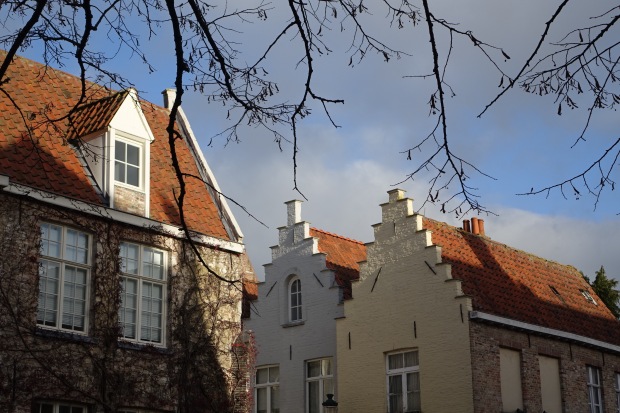 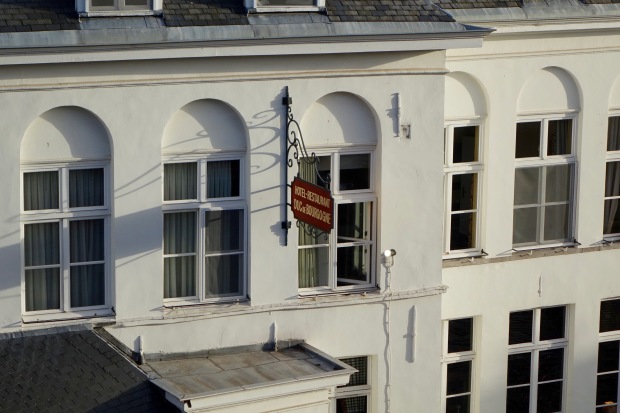 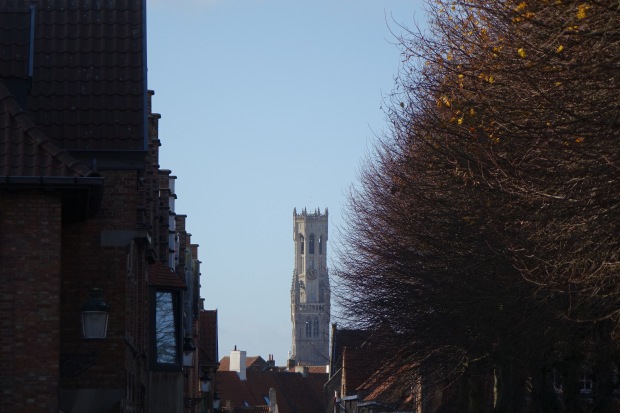 Bruges is a place of unique and consistent beauty which is not disturbed by the touch nor inevitable destruction of modernity nor vulgarity. Yet in the sunshine it reaches an apotheosis of visual brilliance. I am so glad I was able to see it at its sunny best.