The Daily Sketch London 2012 – Norms at the Olympic Park

The London 2012 Olympic games are well under way, and seeing as the transport system seems comfortably empty (I actually managed to get a seat on the tube to work today – miracle) and the streets eerily clear, I’m assuming that the rest of the city must be hanging out in the stunning new Olympic park down at Stratford in the once dilapidated, now sparkling clean East London borough. The Olympic park is really a triumph. When you consider just how grotty that sight was a few years back, the park has surely reinvented this area for the future – let’s just hope it stays that way and, like the Athens park before it, doesn’t become a deserted shanty town, home to squatters and the homeless.

The Norms have no such worries. They are a highly civilised group of little blobs, who look forward to using their Olympic park for bouncing competitions, jelly wrestling, one armed swimming and all other manner of Normular sporting activities for the years to come. But for now it’s all about the excitement of the inauguration games ahead. Here are the Norms soaking up the park before them, complete with the huge athletics stadium, the aquatic centre, the pringle-shaped velodrome and the vast, spiralling Anish Kapoor Arcelor Mittal Orbit sculpture. And, perfectly offsetting the hard architectural edges, there’s even a bank of wild flowers for the Norms to enjoy. Who said the Olympics is all about the sport? 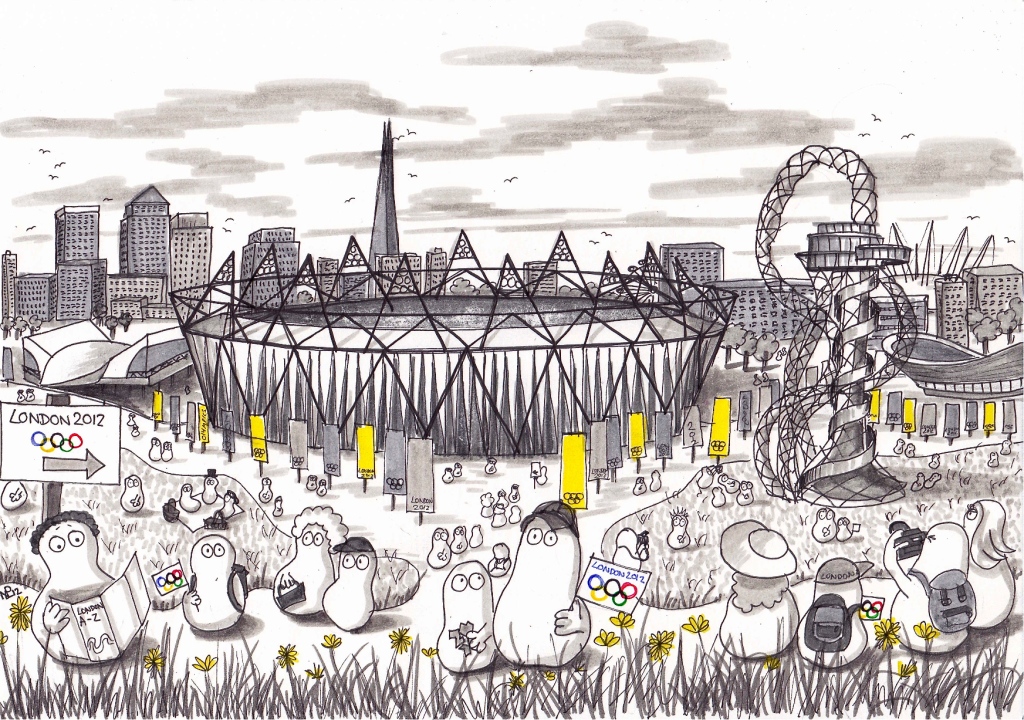