War in reflection: Poems from the trenches, photos for peace 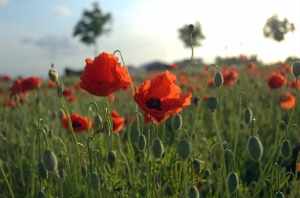 In the last of my “War series” posts of this week (though look out for my paintings on war next week – I need to get photos of them first!) I turn to reflect on one of the most poignant records which have come out of World War 1: the poetry. It may seem banal, especially after all my talk of cliches earlier in the week, that I choose to reflect on poems which, in the most part, are already extremely well known. But their notoriety is testament to their pure brilliance, their power to move and take the reader right back into the quagmire hell of trench warfare. They may now be the staple of the English literature national curriculum  all over the UK (and as I know too well, this often causes the student who is agonising over the supposed multifaceted meaning of each line to hate the poem rather than admire it), but these poems are still ripe to be rediscovered, to be reread and savoured as a most moving testament to the suffering of so many during those times.

The reason why these poems work so well is that there are times of such horror that normal prose just won’t do. Through poetry, the soldiers are able to pour out their soul, their recollection of the horror in abstract phrases, bursts of painful memory, shattering like gunfire around them, painfully but beautifully transcribed onto the page.  In the poems I have selected below, hopefully you will be equally touched by every loaded word as I have been. I know this is not the traditional time for remembrance, but do we really need a date in the diary to recollect the sacrifice that was made for us?

In between the poems, I’ve included some of my own photos. Not of war, but photos which seem appropriate when remembering the dead. Those posted between the poetry are taken in the local cemetery in Marbella, Spain. Quite out of the way of the usual tourist track of the glitzy coastal town, it is nonetheless one of my favourite places to go on a summers day, to wander in the shadows of cypress trees amongst tombs and gravestones dappled with silent sunlight. It is a place of great tranquility but not of sadness. In the devotion shown by a single flower placed by one family member tending the grave of their dead, you appreciate the great family love which still retains a place of such central importance in the Spanish home. At the bottom of my post you’ll find a gallery of some of my favourite flower photos which I’ve taken over the years. Much war poetry talks of flowers, and of course the poppy has become a worldwide symbol of remembrance. It’s appropriate that this product of natural beauty has grown from a ground riddled with the ghosts of a tumultuous history. In this way flowers are a symbol of hope and continuing beauty.

The young men of the world
Are condemned to death.
They have been called up to die
For the crime of their fathers.

The young men of the world,
The growing, the ripening fruit,
Have been torn from their branches,
While the memory of the blossom
Is sweet in women’s hearts;
They have been cast for a cruel purpose
Into the mashing-press and furnace.

The young men of the world
Look into each other’s eyes,
And read there the same words:
Not yet! Not yet!
But soon perhaps, and perhaps certain. 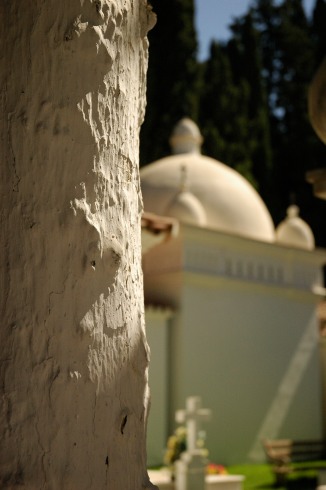 The young men of the world
Are encompassed with death
He is all about them
In a circle of fore and bayonets.

Pain, pain continual; pain unending;
Hard even to the roughest, but to those
Hungry for beauty…Not the wisest knows,
Nor most pitiful-hearted, what the wending
Of one hour’s way meant. Grey monotony lending
Weight to the grey skies, grey mud where goes
An army of grey bedrenched scarecrows in rows
Careless at last of cruellest Fate-sending.
Seeing the pitiful eyes of men foredone,
Or horses shot, too tired merely to stir,
Dying in shell-holes both, slain by the mud.
Men broken, shrieking even to hear a gun.—
Till pain grinds down, or lethargy numbs her,
The amazed heart cries angrily out on God.

What passing-bells for these who die as cattle?
– Only the monstruous anger of the guns.
Only the stuttering rifles’ rapid rattle
Can patter out their hasty orisons.
No mockeries now for them; no prayers nor bells;
Nor any voice of mourning save the choirs, –
The shrill, demented choirs of wailing shells;
And bugles calling for them from sad shires.

What candles may be held to speed them all?
Not in the hands of boys, but in their eyes
Shall shine the holy glimmers of good-byes.
The pallor of girls’ brows shall be their pall;
Their flowers the tenderness of patient minds,
And each slow dusk a drawing-down of blinds.

How to die by Siegfried Sassoon

Dark clouds are smouldering into red
While down the craters morning burns.
The dying soldier shifts his head
To watch the glory that returns:
He lifts his fingers toward the skies
Where holy brightness breaks in flame;
Radiance reflected in his eyes,
And on his lips a whispered name.

You’d think, to hear some people talk,
That lads go West with sobs and curses,
And sullen faces white as chalk,
Hankering for wreaths and tombs and hearses.
But they’ve been taught the way to do it
Like Christian soldiers; not with haste
And shuddering groans; but passing through it
With due regard for decent taste.