When you attend the opera in most theatres, doors will open half an hour before. No sooner have you arrived that the bell will go and you’ll hurry to your seats. The interval will provide at most, the opportunity for a rushed glass of something bubbly before your brisk return into the theatre again for the second half. Once the curtain goes down, it’s home as quick as your legs can carry you, avoiding the waves of leaving attendees wherever possible.

Going to see an opera at Glyndebourne is very different. It’s an event; it’s practically a day trip. Before the start of a performance, you can stroll around the grounds, walk around the dammed stream and look at the sheep, enjoy a glass of champagne on a bouncy lawn, or take high tea in one of the restaurants. There is even a small art gallery in the basement of the opera house for your entertainment, and walled gardens bursting with multi-coloured blooms. When it’s finally time for the Opera to begin you watch the first half followed by an interval of 80-90 minutes. It’s during this time that the spirit of Glyndebourne really comes alive, as picnics, already set up by opera-goers all over the perfectly maintained grounds are enjoyed, with time to sit back, sup, and discuss the first half of the performance. 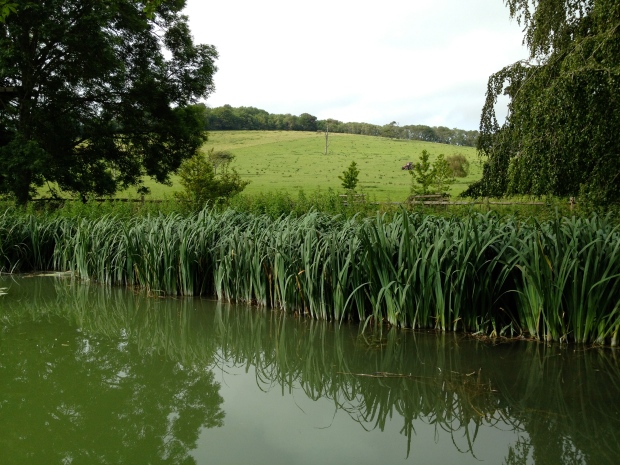 It’s the picnics that are, for me, emblematic of Glyndebourne, and offer a wonderful insight into a slice of English society. It’s hilarious to see how people subtly compete with one another. Far from picnicking out on a mere blanket, the Glyndebourne picnickers bring practically their whole dining room with them. They’ll be those who bring a fold up table and deck chairs which are fairly easy to carry and unpretentious. Of course they’ll have a Fortnums hamper with them, but then who doesn’t? They’ll be the ones with the plastic plates and food wrapped up in foil. But on the table next door they’ll be no such shortcuts. For those proud picnickers, the presentation of the picnic is a status symbol. So they bring chairs which are sturdy and firm. Their table is covered by a linen tablecloth with matching napkins. They’ll bring china plates and glass champagne flutes. And who could picnic without a crystal vase of flowers to set off the contents of the table? I wouldn’t be surprised if some of these picnickers bring a Butler too. I adore the charming pretention that comes with these picnics, seen equally as guests vie for the best spot on the grounds, marking their claimed territory with grand extensions of blankets and umbrellas, huge picnic baskets and other tokens of home. All done of course with a broad smile and exchanged pleasantries with the picnic table next door.

Flowers in the walled gardens 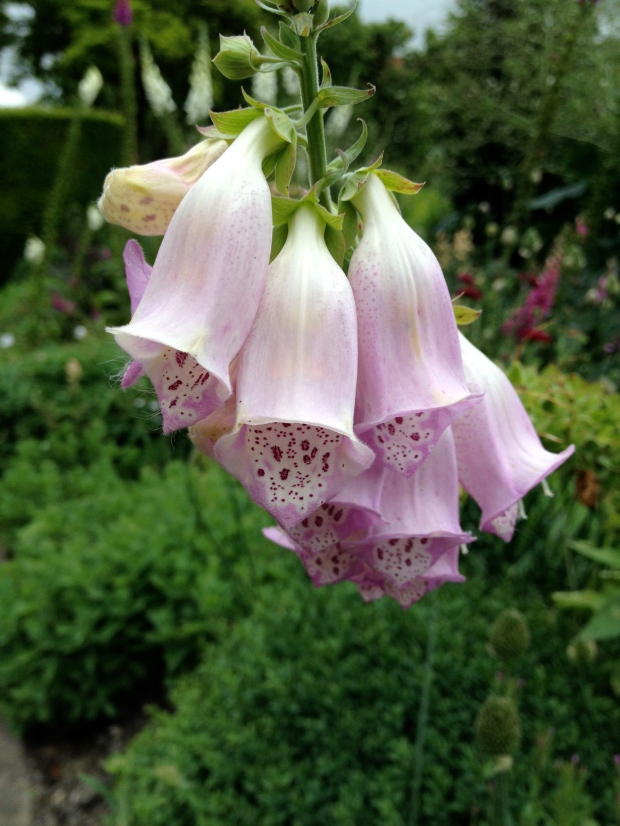 Sadly, of my four trips to Glyndebourne, I have never once been able to picnic in the grounds. I’m clearly cursed, as on each of my visits, it’s been either raining, perilously windy, or both. Such is the instability of the English summer. On good days it must be amazing in those grounds. Sadly I am yet to find out. On this visit my mother and I had long given up the hope of picnicking. We were travelling from London with minimal time to prepare, so we booked a table at the Middle & Over Wallop restaurant. As the day approached, we did not regret our decision. True, the rain just about held off, but with a keen wind and grey skies, picnicking conditions were not ideal. Yet still the majority of guests braved the conditions and stuck with their picnicking plans – another apt demonstration of Englishness – to stick it out, no matter what.

For we, perhaps more cynical diners, the Middle & Over Wallop restaurant, run during the season by Leiths with chef Albert Roux overseeing operations, provided a delicious mid-Opera feast in opulent surroundings (the restaurant must be hung with about 50 or so separate chandeliers) which was, most importantly, cosy and dry. What with time being on the short side, everything was chosen in advance, so a swift service was guaranteed. 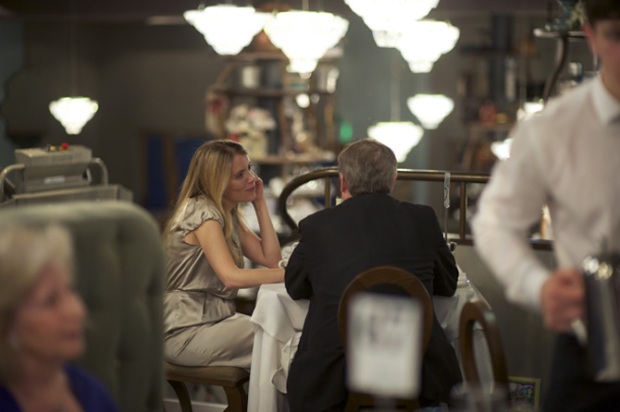 The Middle and Over Wallop Restaurant

We both started with Hure of organic salmon, smoked salmon, crab and quail egg with watercress dressing. That dressing was light and peppery, and the smoked salmon delicate and moist. It was a fairly simple arrangement but full of flavour.

Next up for me was a blanquette of veal with mint, baby onions, Chanteney carrots and basmati rice. It was exquisite. The cheesy crumb on the top of the veal was to die for, while the meat just fell apart under my knife. Meanwhile my Mummy had a loin of Cumbria fell bred lamb wrapped with saffron couscous, and cumin rataouille. She too was aptly impressed, and this once can even be recreated at home – bonus!

Dessert was a raspberry triple – a millefeuille of Kent raspberry, raspberry mousse and raspberry coulis. It tasted as good as it looked.

Luckily the food, while swiftly served, was light with fairly small portions – I was wearing a waist-repressing cummerbund after all!

So you see, Glyndebourne ain’t all about the Opera – it’s very much an occasion, and one which I cannot wait to repeat again. You never know, next time the sun may actually come out, and I might get to enjoy that picnic after all. But just watch me coming fellow picnickers if I get out on that lawn. Competitive is my middle name.