The Genius of Hitchcock Part One – The Lodger and Stage Fright

Although now best known for his blockbuster epics where birds attack the innocent in Bodega Bay, James Stewart struggles to cling on to a skyscraper’s edge in the dizzy heights of San Francisco, and Cary Grant and his suitably blonde counterpart risk life and limb to escape the group of villainous assassins pursuing them across the slippery carved facade of Mount Rushmore, Alfred Hitchcock, the master of suspense and one of Britain’s most famous cinematic exports, innovated his psychologically thrilling style of filmmaking in the smoke and fog of London long before he ever hit the sunny slopes of Hollywood. In celebrating the genius of Britain’s most influential and celebrated film makers as part of London’s 2012 cultural olympiad, the British Film Institute is concentrating, not just on the Hollywood blockbusters of Hitchcock, but on the London-based films where, for this budding film maker, it all began. 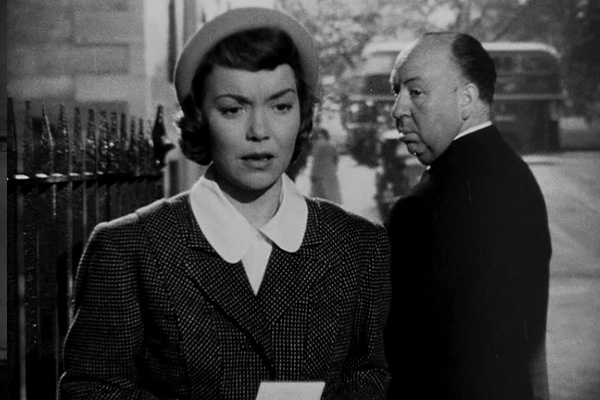 I must admit, I have fallen head over heals in love with Hitchcock films. Ever since my partner and I stumbled upon the huge open-air showings of Hitchcock classics in Bologna’s film festival under the stars in July, whereupon the wonderfully clipped 1950s accents of the films’ stars resonated across the majestic medieval architecture of Bologna’s Piazza Maggiore, we have been hooked. From buying a box set of Hitchcock’s best, we have taken to watching one or two films per week. Almost besides ourselves with excitement were we then when we saw a poster on the tube advertising that the BFI too will hold a Hitchcock festival this summer. It may not be Bologna, but it was back to the big screen for us as we sampled yet more Hitchcock amongst an enthusiastic audience of London Hitch lovers.

French poster for The Lodger

The first film we saw is not available in any box set, at least not in this form. For in presenting one of Hitchcock’s earliest films, The Lodger: A Story of the London Fog, the BFI give us a digitally remastered spectacle which, it’s being a silent movie made in 1926, comes complete with a new soundtrack by none other than the multi-award-winning composer (generally found to be mixing Indian and Spanish vibes), Nitin Sawhney. How was this going to work? A film so early that its black and white pictures moved and crackled with music by one of our most contemporary and ethnically vibrant composers? Well it worked a treat. It’s worth going to see The Lodger just to sample Sawhney’s score. Perfectly thrilling, almost traditionally 1920s in parts, but occasionally intermingled with strains of contemporaneity  which worked just perfectly to emphasise the emotional potency of the scenes.

There is, for example, a scene when the stunningly stylish and devilishly debonaire Ivor Novello, playing the illusive Lodger, begins to fall for the golden-curled daughter of his landlord, Daisy (played by June Tripp) and vice versa. The love is forbidden, but unwittingly irresistable, and as the emotions begin to stir between them, the contemporary vibe of the lovers’ harmony introduced by Sawhney perfectly resonates, translating to the modern audience the depth of emotion experienced by these characters who, in every other way, are the very image of 1920s clipped and distant glamour. 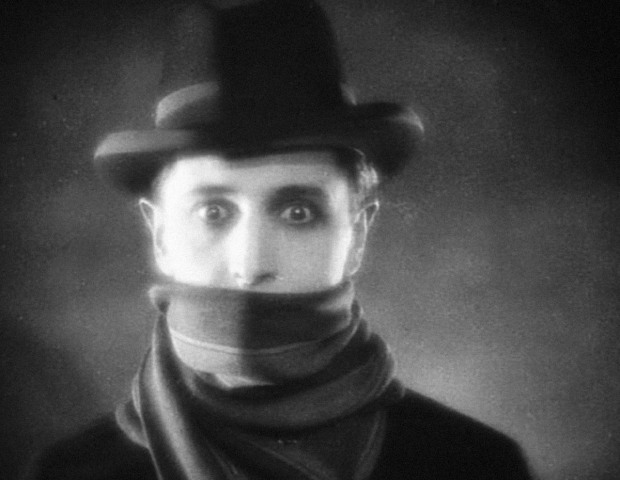 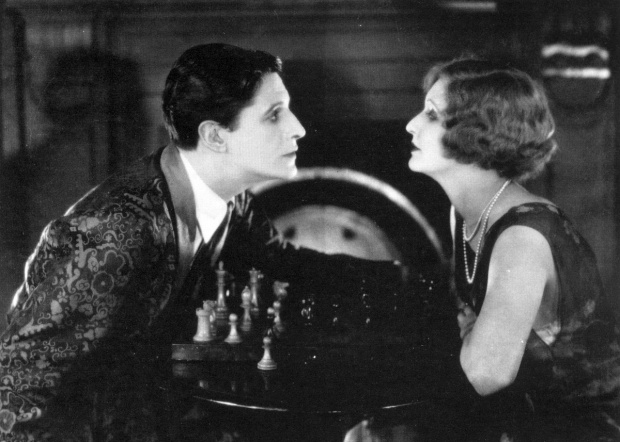 Whether it be the music by Sawhney or the wonderfully expressive faces and actions of these silent movie actors, we fell in love with this movie which has since been called the first truly Hitchcockian film – full of suspense, twists, “MacGuffins” (decoys), mistakes, suspense (made all the more potent with scenes enveloped in a dense cloud of fog and mirk) and pyschological character examination. I shan’t give anything away though. As ever with Hitchcock, it’s important to come to the film ready to ride the wave of suspense which Hitchcock sets in action. All the more reason to get down to the BFI, on London’s South Bank to see it or, if you’re a little too far away, the Nitin Sawhney version is being released on amazon next month.

Next up was a second London-based Hitchcock, but filmed some quarter of a century later, long after Hitchcock had moved to America and yet yearned to return to the city of his birth to make another film amongst the naturally thrilling backdrop of London. Yet when he returned to make the next film we saw, Stage Fright, Hitchcock must have found London to be a very changed place. Shortly after the end of WW2 and with the scars of the Blitz evident for all to see, the landscape of London was visibly changed from the unharmed elegance of The Lodger’s Edwardian London. As though to emphasise the change, Stage Fright opens on a large vista of St Paul’s cathedral which, as miraculous survivor of the bombings, is shown almost unnaturally intact, stood amongst a landscape of flattened streets and desolated buildings.

It is along one of these desolate streets that the film’s central characters, Eve (played by Jane Wyman) and Jonathan (Richard Todd) drive in the opening scene, escaping the police from what, as Jonathan then describes, is a grizzly murder which has put him in the frame. Also starring the wonderfully glamorous Marlene Dietrich as an equally chic theatre star, Michael Wilding (who bares an uncanny resemblance to Alan Cummings) as the piano-playing Detective Wilfred, and Alastair Sim as the lovable jolly Commodore Gill, the film is a catalogue of Britain’s best of that time (asides from Dietrich of course who is evidently not English, but every bit as marvellous all the same). Again, I cannot describe the film without giving away the plot except to say that for thrills and twists, the work is equally Hitchcockian, enthralling and decadently charming. Amazing really how a film older than my mother can suck younger generations into its plot and captivate us as though it were made only the other day. 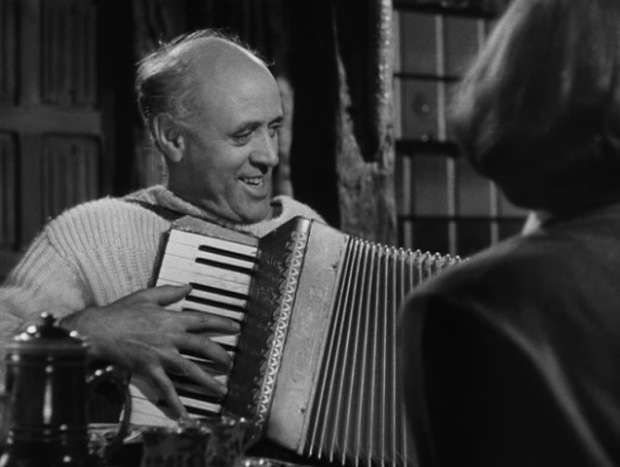 That, of course, is the beauty of, Hitchcock films, and the key to their success. They are as thrilling now as they were then, as brilliantly original, even in these days of computer graphics and 3D animation, and as completely captivating. The only difference between them and the films made today, is that in being older, when fewer tricks were possible, they include imperfections, and attempts at illusion which may, to the modern audience appear amateur, but which, in their crudeness exude charm and historical ingenuity, as they throw moving, living light on the world as it was then, an elegance now lost, a past which was naive, perhaps happier, and full of hope.