Dubrovnik | Day 1 – The Diamond of Dalmatia

Is it because of the delightful haphazard spotting of their black and white fur that the beautiful breed of Dalmatian dogs are given the same name as the Croatian coast of Dalmatia, whose geography comprises a confetti-like sprinkling of small islands of every shape and size? Or just a coincidence of their natural origins? Such were the thoughts running through my mind as our plane swept over and along the stunning Dalmatian coast on the southern most stretch of Croatia last weekend, as we began a short city trip to what must undoubtedly be one of the most deservedly popular attractions on the whole coast – the fortress city of Dubrovnik.

Encased within metre-thick massive stone walls and built upon foundations of solid rock, Dubrovnik truly is a gem set within a ring of solid stone, whose preservation has been accordingly restored, despite various historical threats over the centuries, including most recently devastating bombardment during the Yugoslavian conflict of the early 90s. Today it gleams like a true diamond for all the world’s tourists (and fans of Game of Thrones which is allegedly filmed there – I’ve never watched it) to enjoy. With its uniform collection of terracotta roofed houses, main roads gleaming with shiny marble pavements, narrow streets hung with washing climbing up the city’s steep sides, and the odd sprinkling of lavish renaissance style palaces, Dubrovnik is a visual stunner and a historical enclave – so different from its surrounding modern suburbs, and so consistent in being utterly unspoilt. And Dubrovnik is not just a living museum, but a living breathing spirited city whose location affords it a Mediterranean climate and all the advantages of a coastal resort set with eye-wateringly blue cerulean azure seas.

First glimpses of this most beautiful of cities 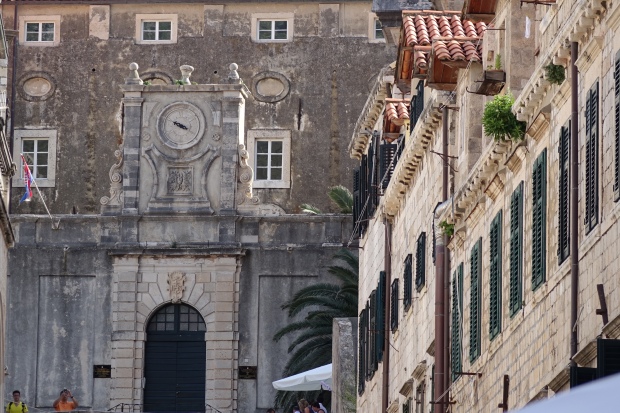 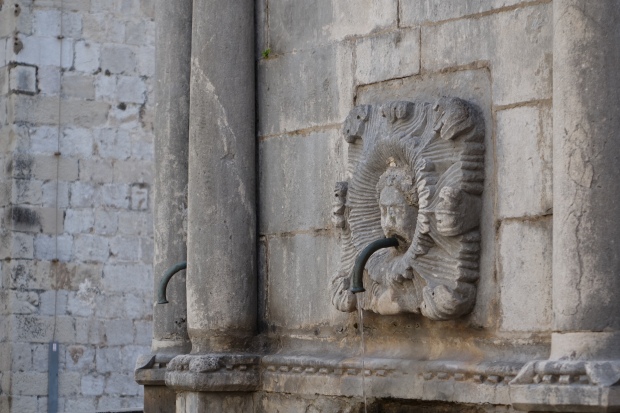 And it was to these stunning waters that we headed upon our timely early afternoon arrival in the city, walking down the shiny central street, the Stradun, from the most Western Pile gate of the city, across to its Eastern entrance which looks onto the uniquely charming old port. Filled with little fishing boats and friendly cats basking in the warm sunshine, the port has all of the delights of a Mediterranean harbour, including bustling cafes serving the very freshest seafood guaranteed to have come straight out of the warm crystal clear waters that very morning. One such serving of squid did not last long out of the water, being devoured by we hungry holiday makers along with several glasses of Croatian white wine and some fresh soft white bread. 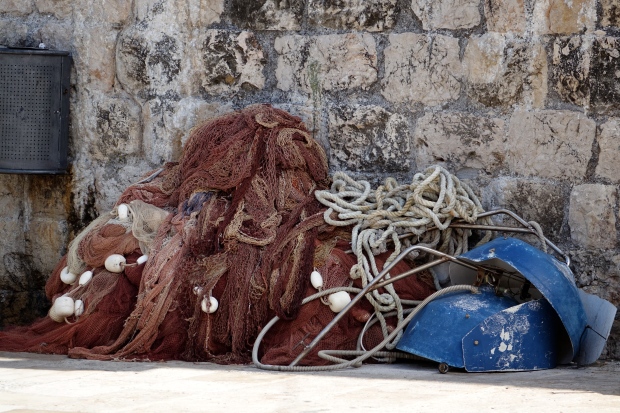 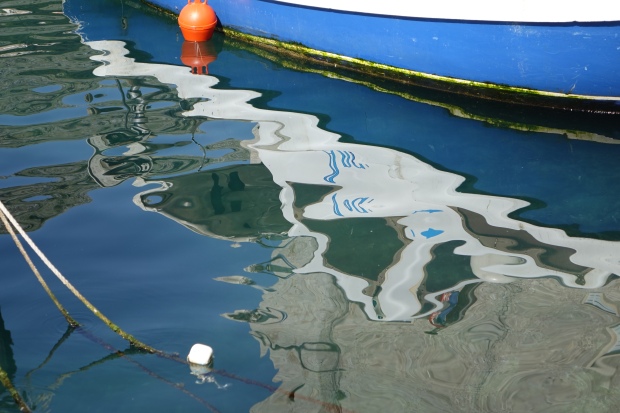 Dubrovnik is a city filled with lazy sun-loving cats 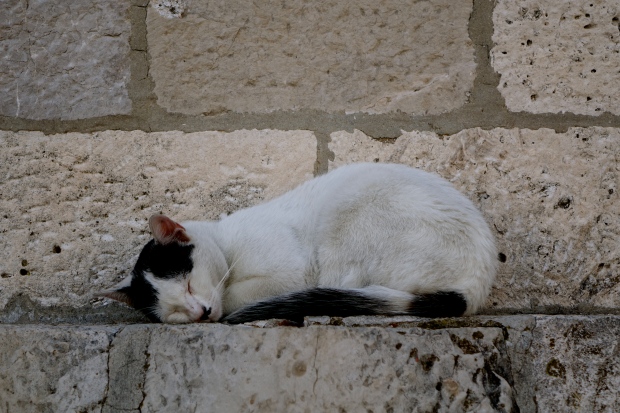 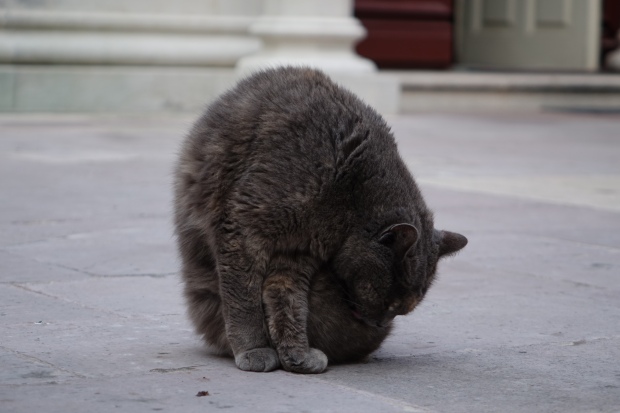 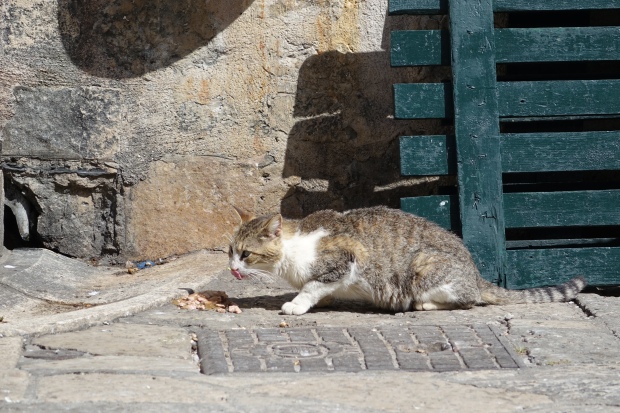 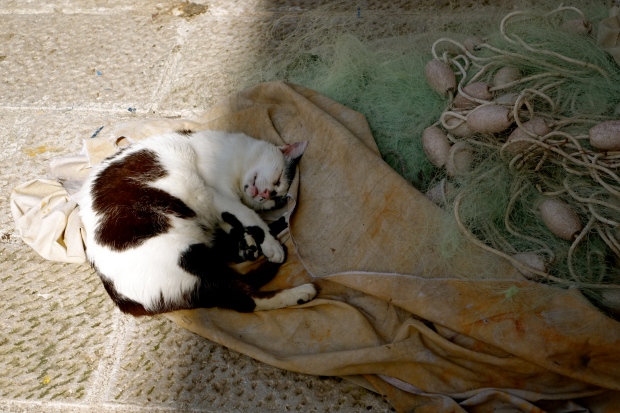 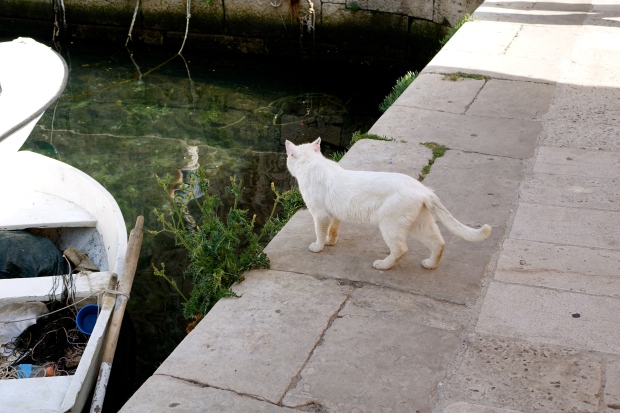 It was to be the first treat of many on a day which gave us our first taster of this incredible city. What followed were walks around the old port and the huge rocks on which the city’s seaward walls are built; afternoon drinks in the bustling market square where the gentle trickle of the Amerling Fountain is soporific accompaniment once the busy morning market has closed down for the day; and a walk around the Lovrijenac Fort in the last sunlight of the afternoon, a fort set upon a huge rock just outside the city which, crisscrossed with ancient stairs and nature’s best offerings of wild flowers has something utterly magical about it, not to mention the smaller rocks which sit besides it, looking like animals stretching in the water. 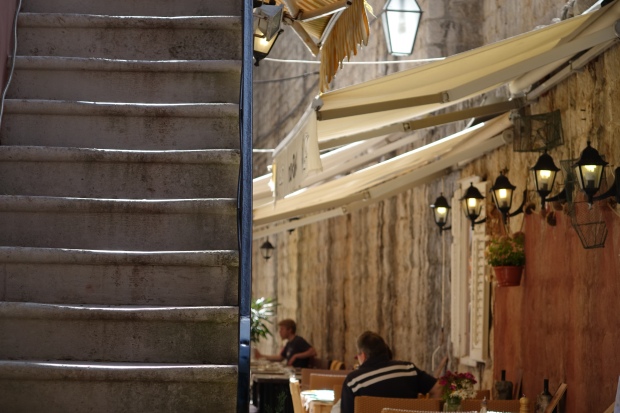 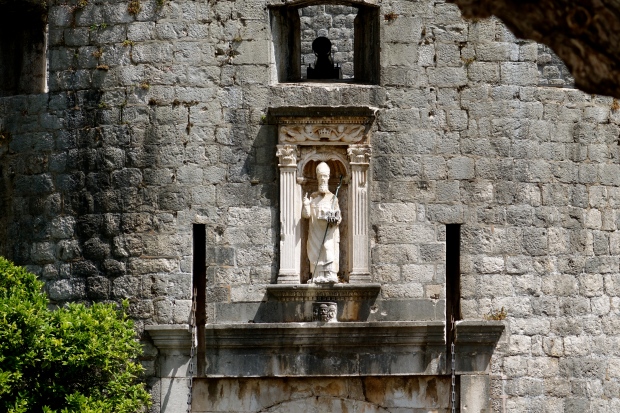 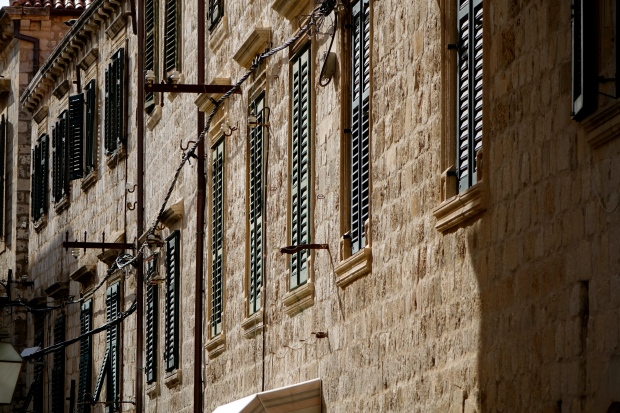 All this proved, doubly, triply, again and again how uniquely beautiful the city of Dubrovnik is, a fact proven once again as moonlight fell over the city, the architectural details of its most beautiful monuments were picked out in flood light, the jazz bars started bustling with people, and we dined, once again looking over the Lovrijenac Fort, in the knowledge that we were dining in front of one of the most beautiful restaurant views in the world. And all this was after just a few hours in the city. You can imagine how many photos, art works, and rambling descriptions are now to follow in this, my new Dubrovnik season on The Daily Norm. Be sure to come back and savour much more, as I take you on a journey around the jewel of Dalmatia.