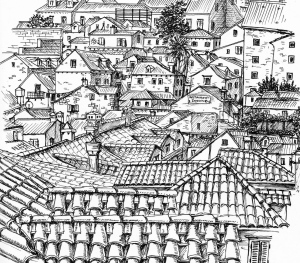 I’ve always loved stationery: a new tin of pencils, a tray of unsqueezed paint tubes, an unwritten notebook and the thrill of a blank canvas. One item of stationery which gets me truly excited is a fresh new sketchbook, its pages literally begging to be filled with art. So heading to Dubrovnik with a brand new moleskin sketchbook in my bag meant that sooner rather than later, those crisp white pages were going to be filled with reflections on the city. And the first view which I rushed to capture was, perhaps unsurprisingly from my photos on yesterday’s post, the incredible rooftop view from our bedroom at the Stari Grad hotel.

Me sketching on the roof terrace and in our room 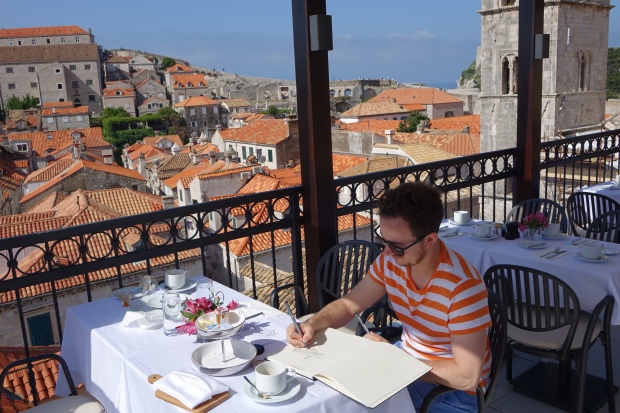 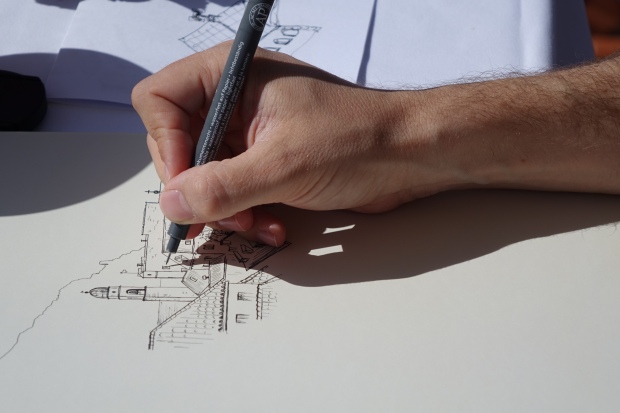 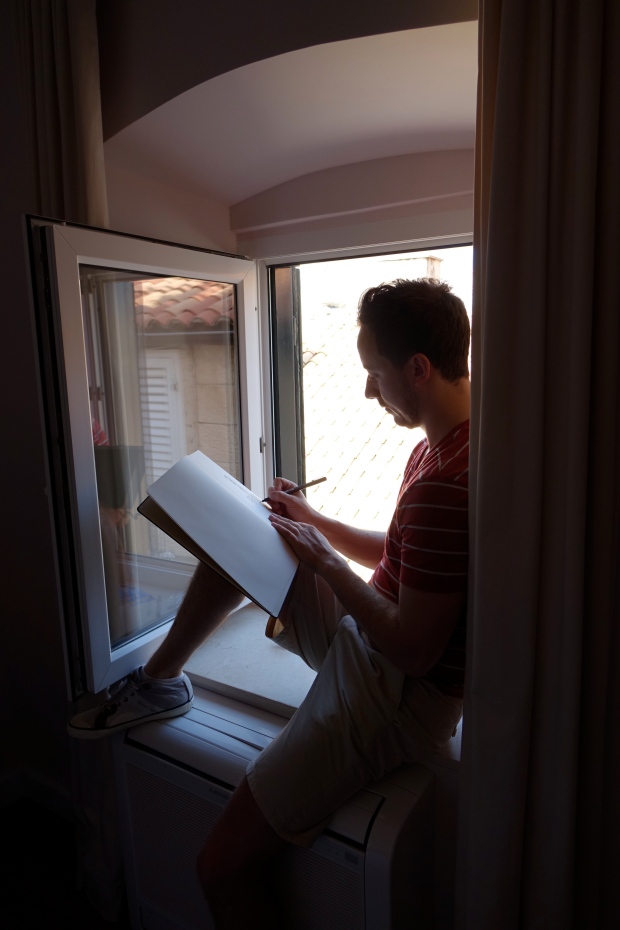 Having captured the view of rooftops from one window, together with a slightly wonky rendition of the bell tower of the Franciscan monastery next door, I moved onto the second window from which our corner room benefited, this time undertaking a far more comprehensive roof top view extending almost across the whole of the walled city. From bedroom views, I headed up to the roof terrace, and the hotel’s waiters soon got used to the sight of me taking my breakfast with a sketchbook in one hand and a set of drawing pens in the other. From the breakfast terrace I then completed two views – one looking towards the old port, and another concentrating on the imposing Jesuit church. 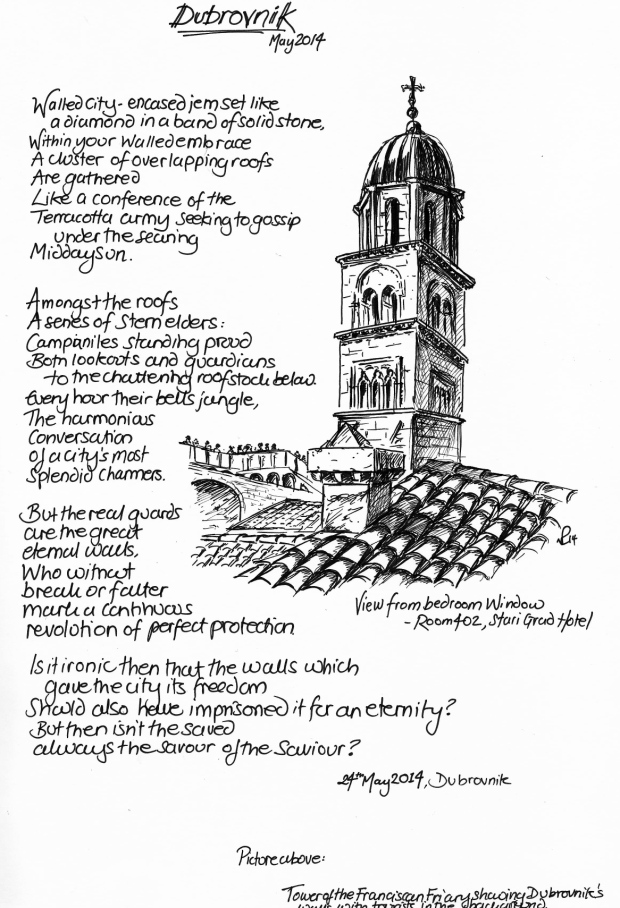 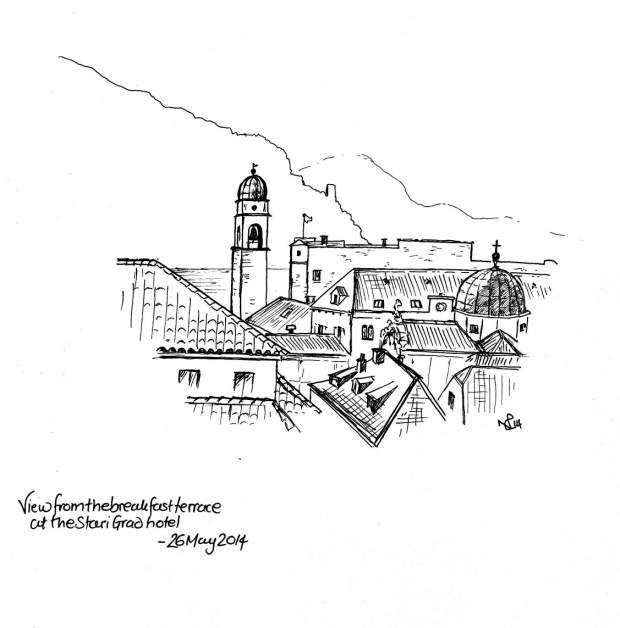 View from the roof terrace at the Stari Grad Hotel, Dubrovnik (at breakfast) (2014 © Nicholas de Lacy-Brown, pen on paper) 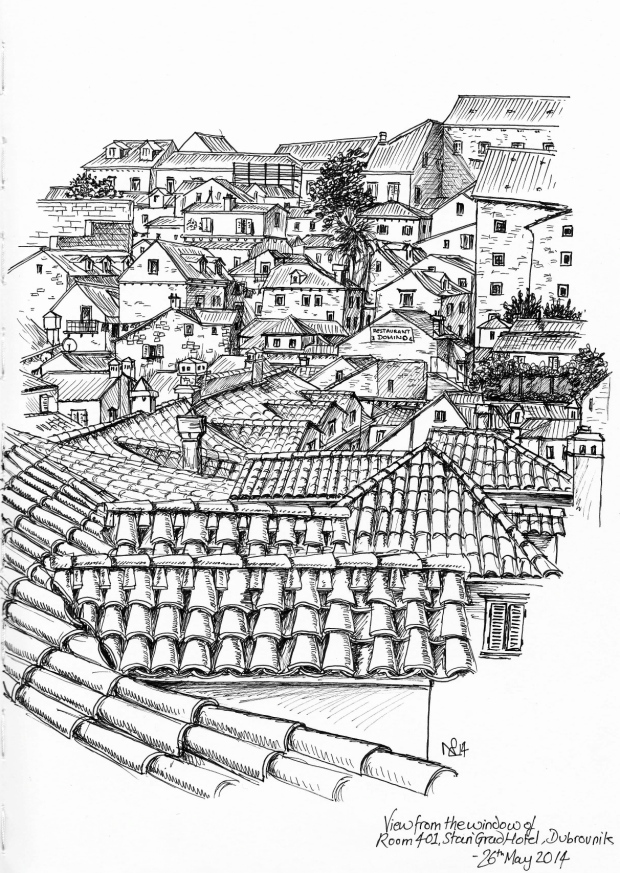 View of Dubrovnik Rooftops from our bedroom at the Stari Grad Hotel (2014 © Nicholas de Lacy-Brown, pen on paper) 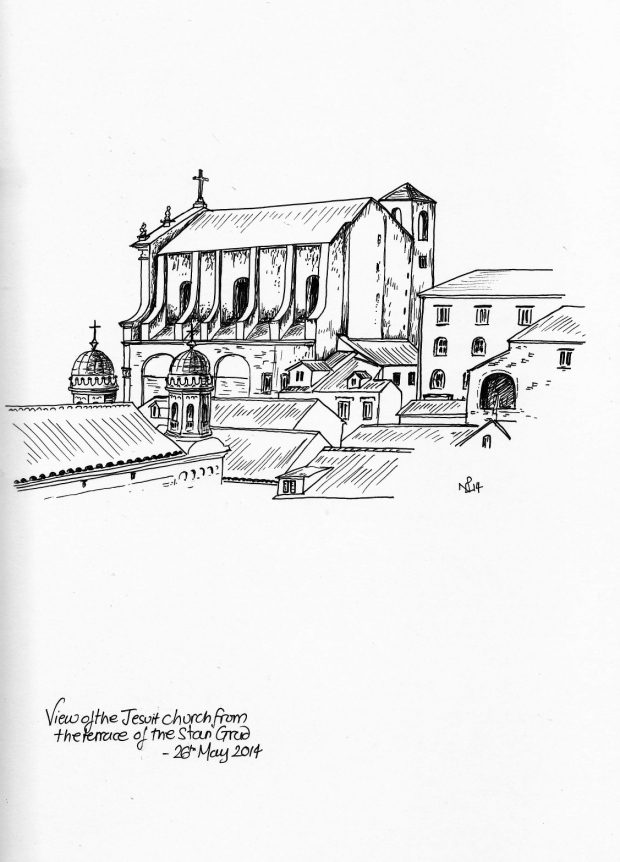 So following on from my rooftop photography focus yesterday, I therefore thought that today would be a perfect time to share these first sketches with you. They’re by no means perfect works, made quickly and in pen which is of course unforgiving of any mistakes, but they were made in the moment, at speed, and for me carry more memories of a time and an atmosphere than a quickly shot photograph. I hope you like them!