The Zaragoza files: Photos that didn’t fit anywhere else 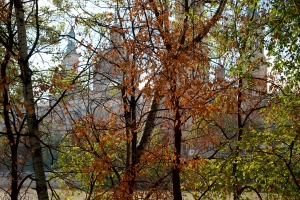 Sunny mornings reflecting on glistening damp cobbles and fountains playfully dancing in the soaring glint of the light; a modern bridge’s reflection making a perfect ‘X’ in the River Ebro, and an old tower’s noticeable lean giving rise to the question why Pisa is so famously unique across the world; bonze statues and balloon sellers, curly pillars and chocolate coloured leaves, and the charismatic lottery seller who plies his trade on wheels – these are the photographs of Zaragoza which didn’t quite fit into my other posts of the city; a miscellaneous study of the spirited old town in the early mornings and late at night, when the roaring Fiesta del Pilar was not otherwise shaking the city with its party beat. 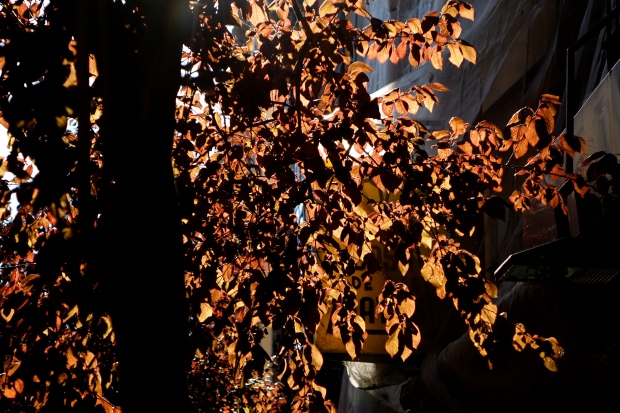 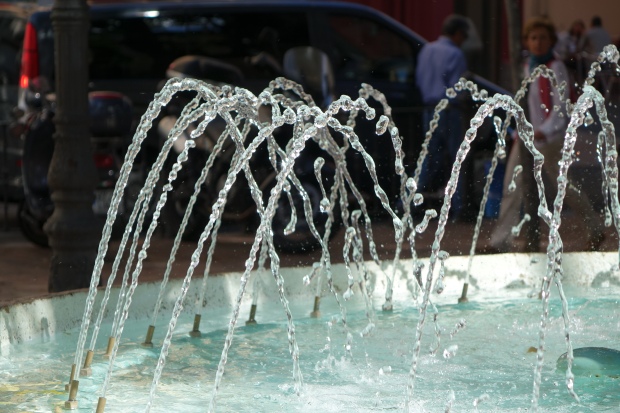 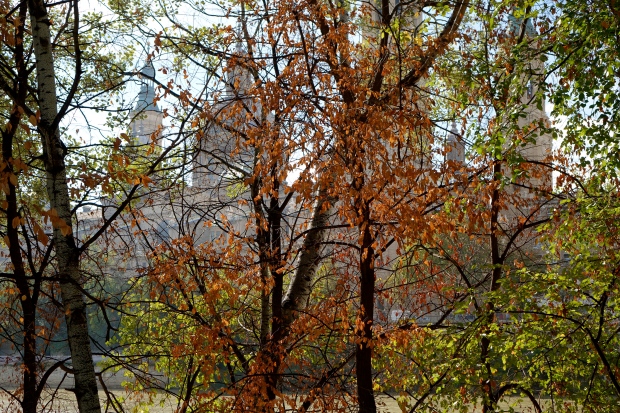 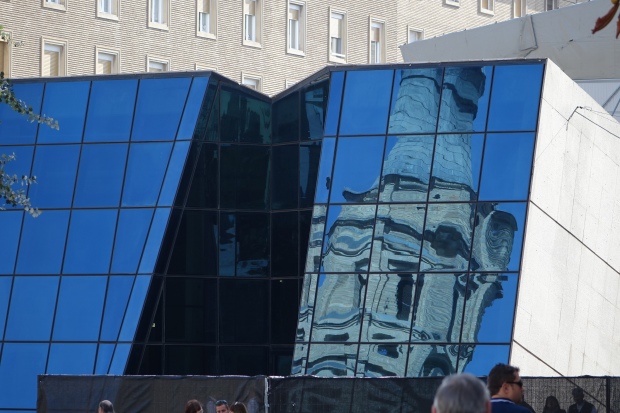 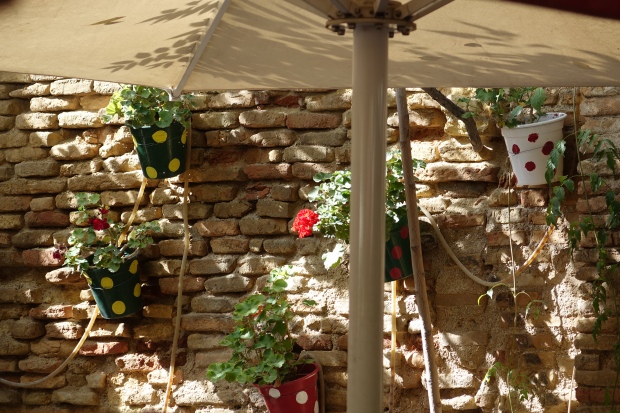 These photos are about reflection: from the ancient church tower reflected in a modern mirrored glass window to the Basilica del Pilar so perfectly captured in my mother’s sunglasses. They are also about the buildings which may go overlooked besides the vast four towered-spectacle of Zaragoza’s main Basilica, and about the Basilica itself, its four towers soaring skywards in the twilight. They are about the overlapping layers of history portrayed in a photographic composition – with ancient Visigoth walls in the foreground and a modernist market behind; and they are about the sheer beauty of the colours of the streets and the trees stood alongside them which looked so stunning in the sunny autumn light.

I give you: Zaragoza.