Demons and dynamite: The Palma Correfoc 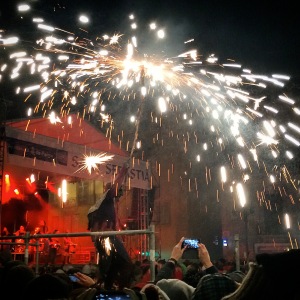 I’m feeling very spoilt by my relocation to Palma de Mallorca. Spoilt because every day, the sun shines a little stronger and for a little longer, despite the fact that we are heading deeper into the winter. Spoilt because each week I discover some sensational new landscape a mere stone’s throw from my front door. And now spoilt because a mere 10 days after the Christmas lights were switched off after the 12th night, they are now back on again, twinkling their beautiful best in celebration of Palma de Mallorca’s patron saint: Saint Sebastian.

And as public festivals go, it looks as though this one is set to be a biggie. As I write, stages are being erected in almost every square in the city; a programme of extensive musical entertainment is waiting in the wings; and a mountain of fireworks is being heaped by the cathedral ready to be ignited. But although most of the celebrations will kick off this evening, on Saturday night, a very unique event hit the streets of Palma: the Correfoc. 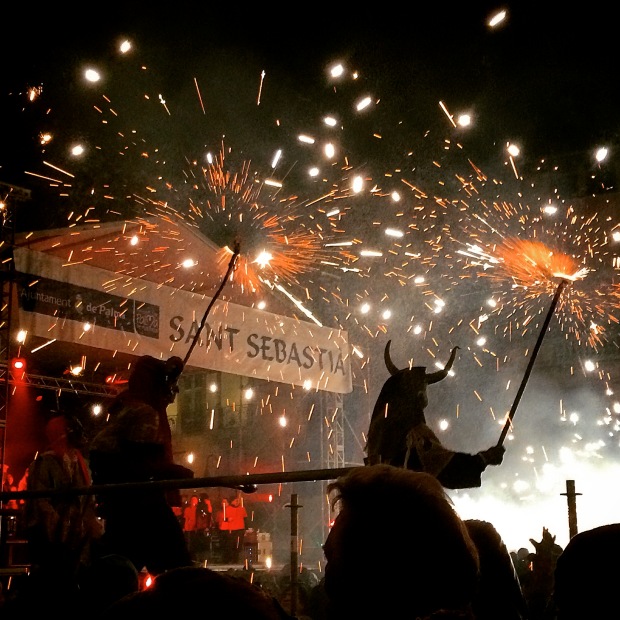 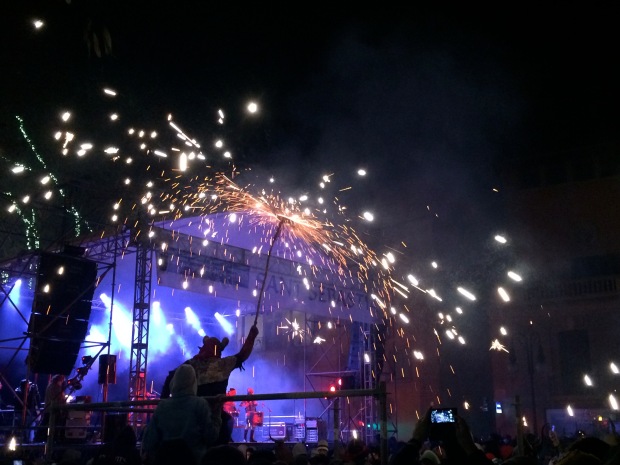 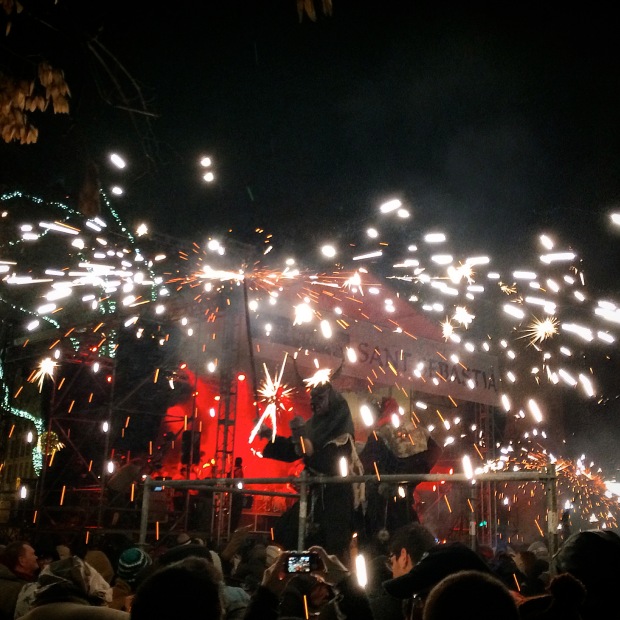 Roughly translating as a firerun, there is frustratingly little that can be found on the internet to explain the history of what is ostensibly a satanic orgy of dancing demons setting off a continuum of shrieking fireworks to the beat of traditional gralla drums. But whatever the source of this tradition, this typical folk festival characteristic of a Catalan celebration is an eye-opening sight to behold. Except open your eyes too wide and you could live to regret it – for in a crowded spectacle alive with the pop and crackle of a bounty of exploding whizzing fireworks set off in all directions including over the heads of the heaving crowds, health and safety is not exactly paramount.

But everyone knows that health and safety spoils a real party, and Palma’s unrepeatable firey festival certainly proved worth the risk. Grinding dancers gyrating to the carnal rhythm of drums; horrific demon costumes silhouetted against the mass of burning fireworks; and the sound of fireworks shrieking like taunted spirits as they burst and and flew through the air; all the elements amassed to create a spectacle which felt like both a surreal nightmare and an incredible piece of performance art, and Palma’s biggest street party. 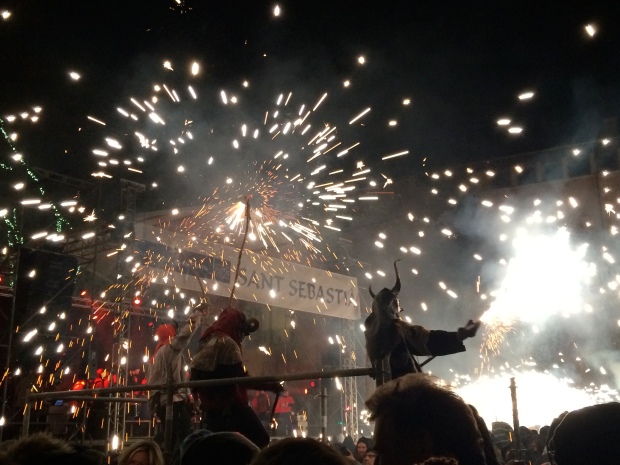 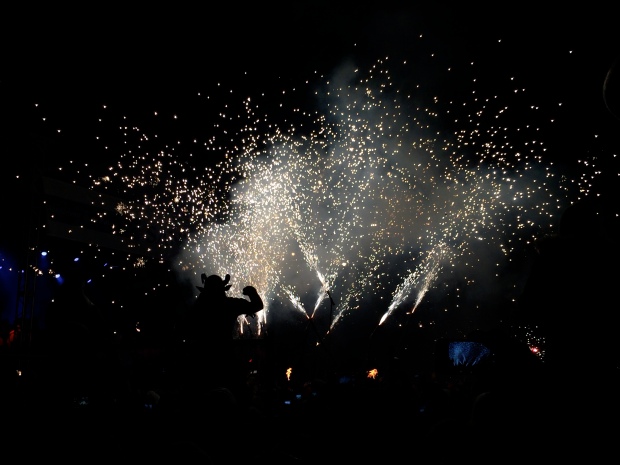 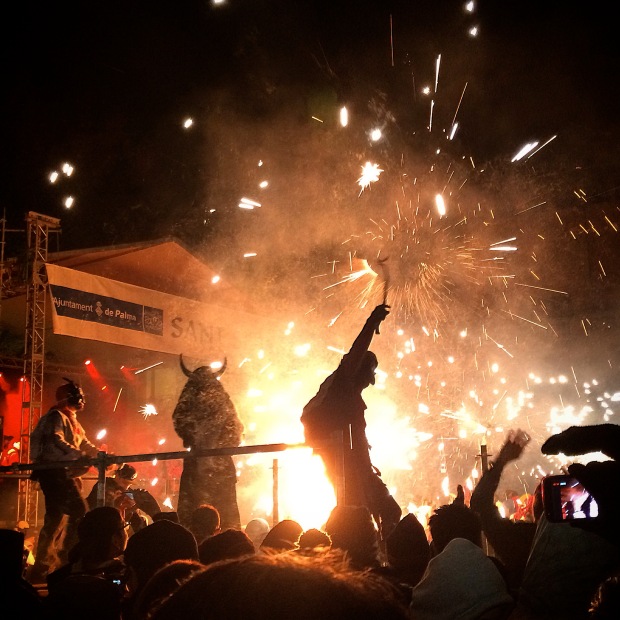 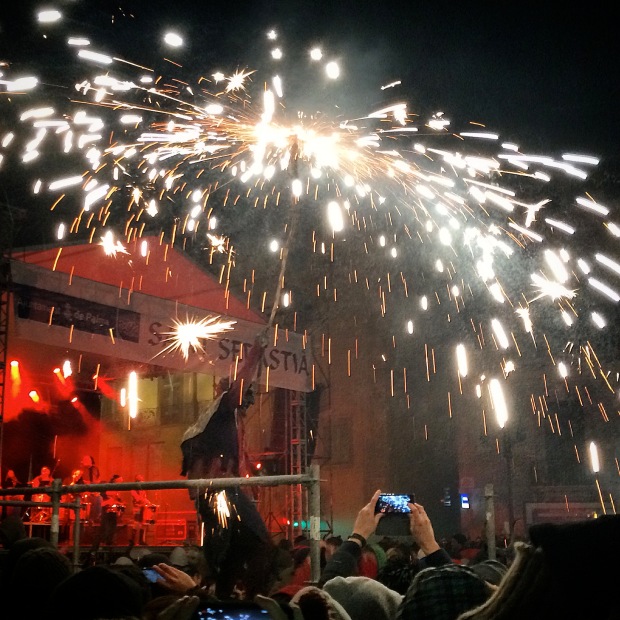 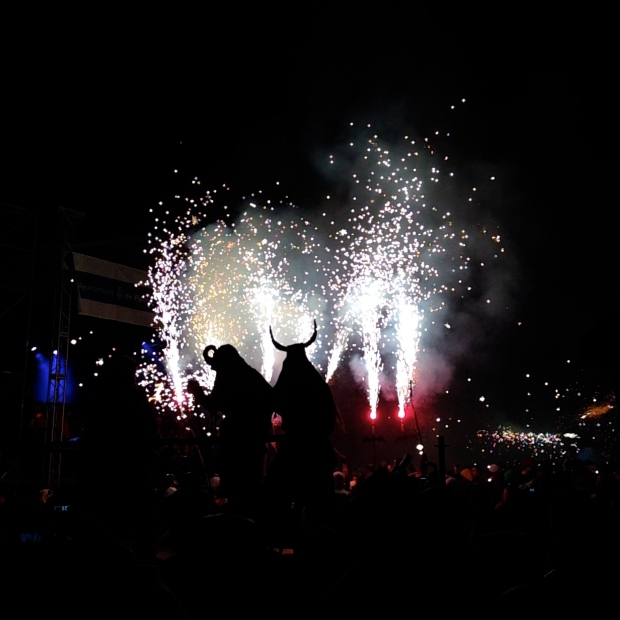