The Gaudi which eluded me: Palau Güell 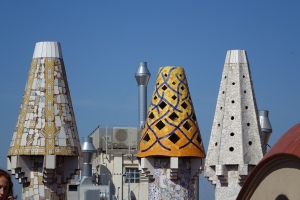 While I am as familiar with the works of Catalan architect Antoni Gaudi as the next Barcelona aficionado, there is one Gaudi masterpiece which has managed to elude me in all of the years I have been visiting the city: the Palau Güell. For many years this was due to extensive renovations of the property which saw it closed to the public both partially and entirely for some 7 years. But latterly I just never seemed to be in the city when the palace was open to the public. But no longer is this unsatisfactory position the case! As soon as our Barcelona trip was booked, the first thing I did was to reserve our entrance to the Gaudi masterpiece, and within hours of our arrival in the city, we had entered its impressive lofty interior. 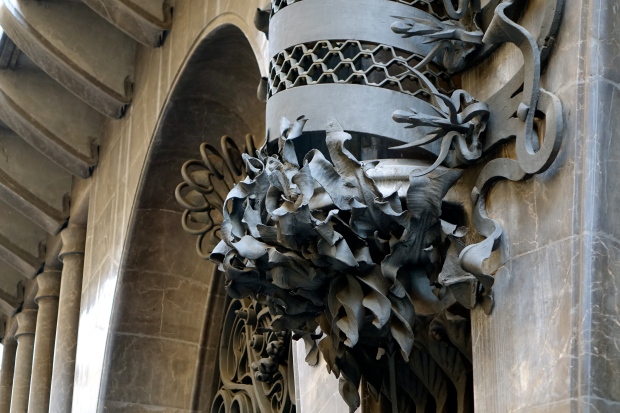 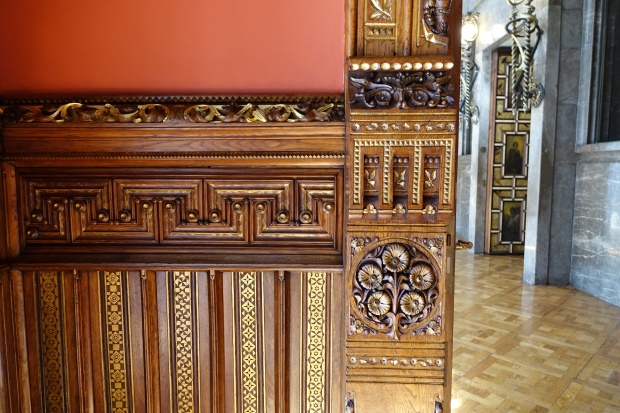 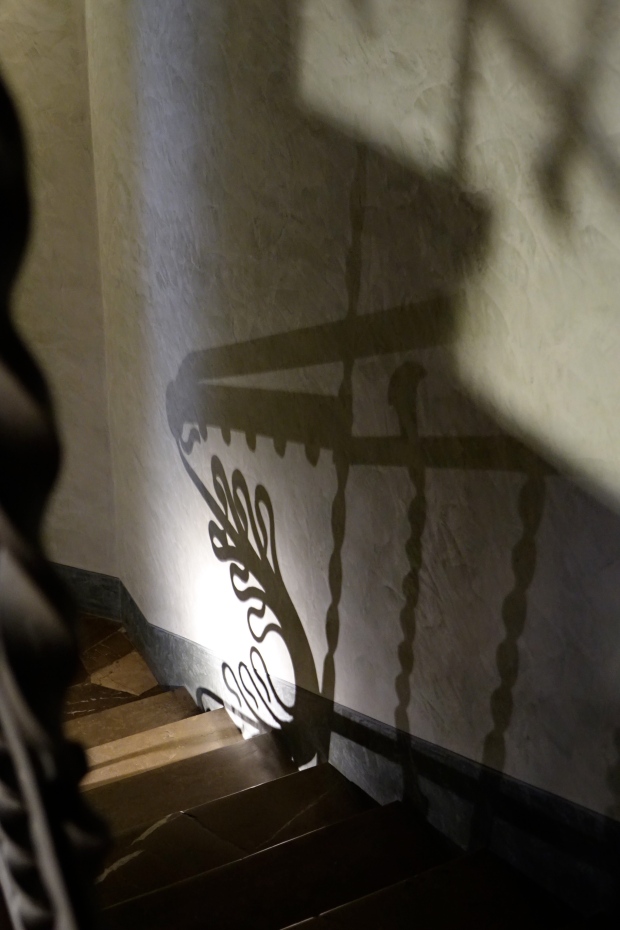 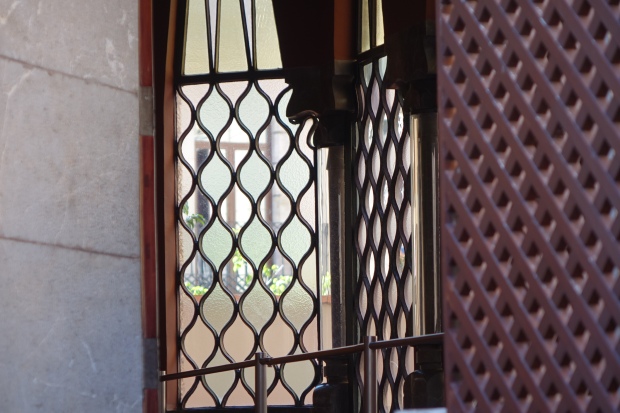 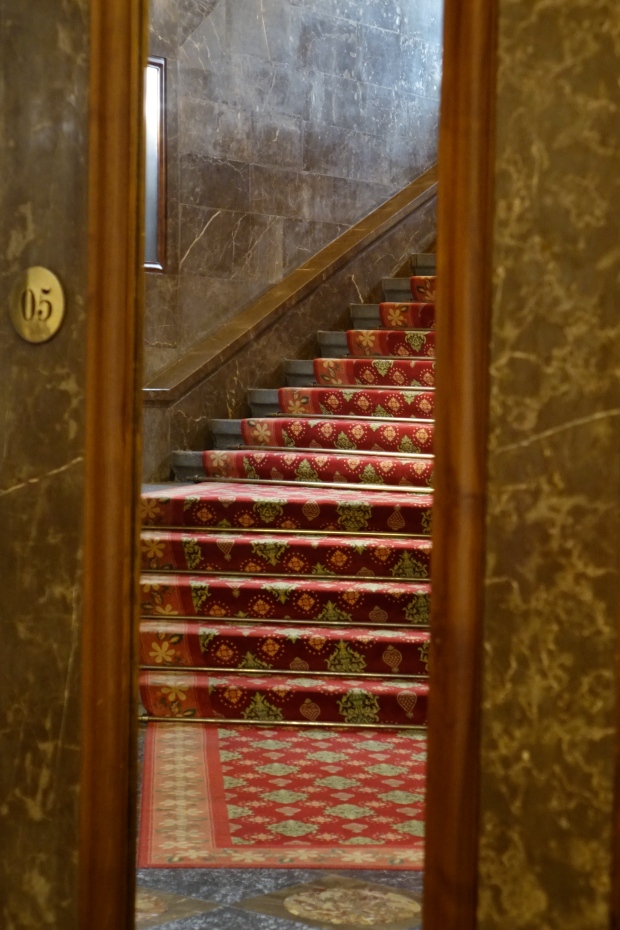 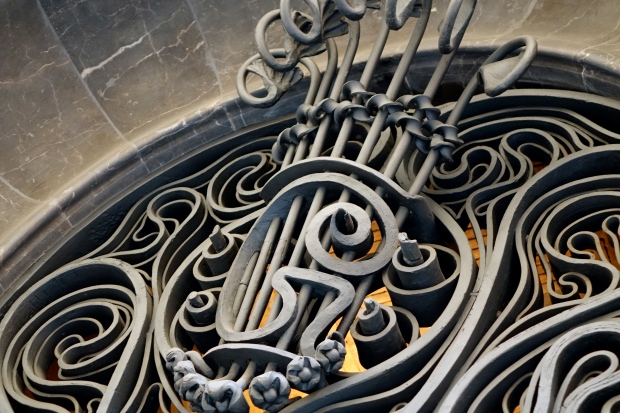 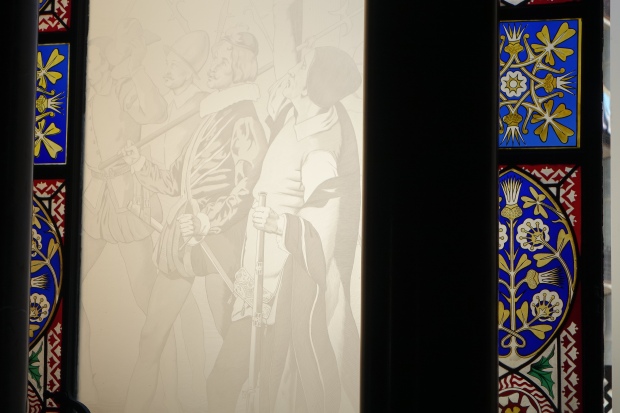 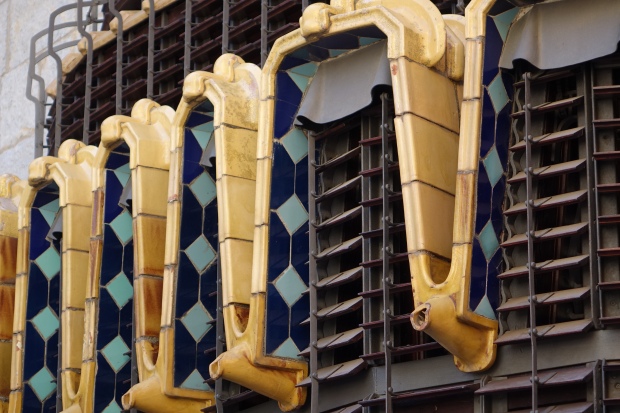 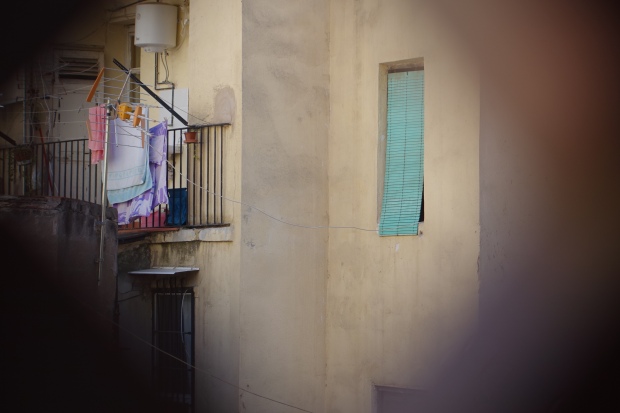 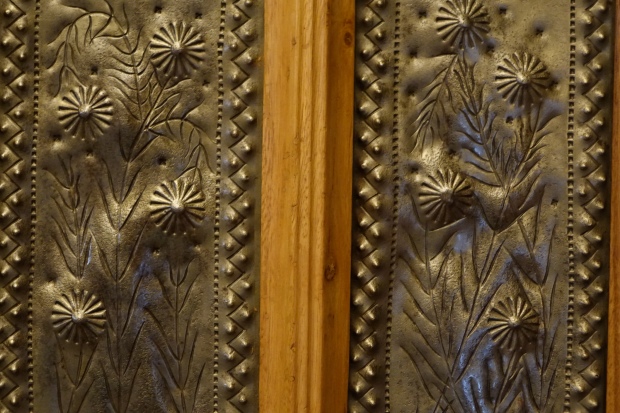 Built between 1886 and 1888 in the El Raval neighbourhood of Barcelona, the Palau Güell was in fact one of Gaudi’s earliest works, and the first major collaboration with the industrialist Eusebi Güell who was to become Gaudi’s most significant patron. Although its sombre interiors show somewhat more restraint from the man who was later to go on to design such fantastical masterpieces as the Sagrada Familia and the Casa Mila, the exterior of the house already showed the young architect pushing the boundaries of socially acceptable architecture, filling his facade with magnificently twisted wrought iron, animal forms, and his terrace with his now iconic multi-coloured tile chimneys. 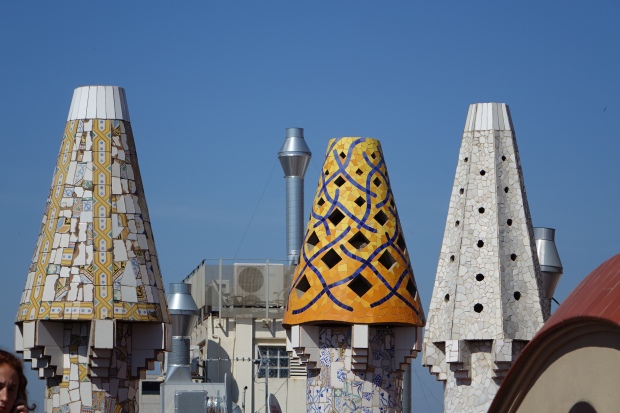 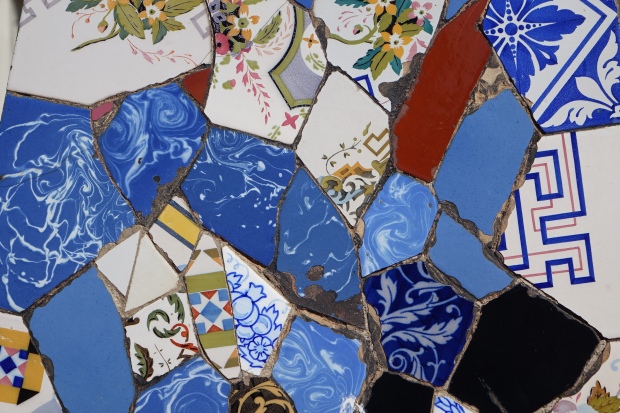 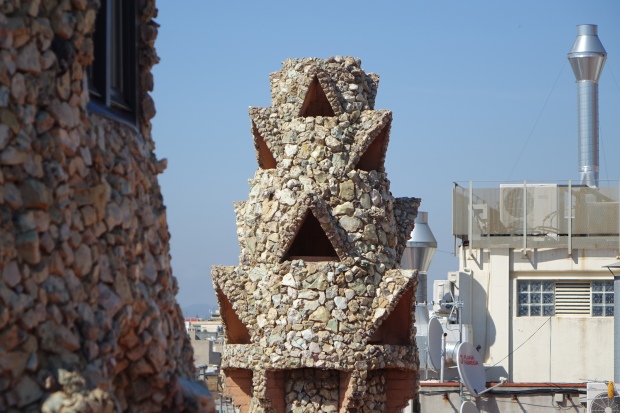 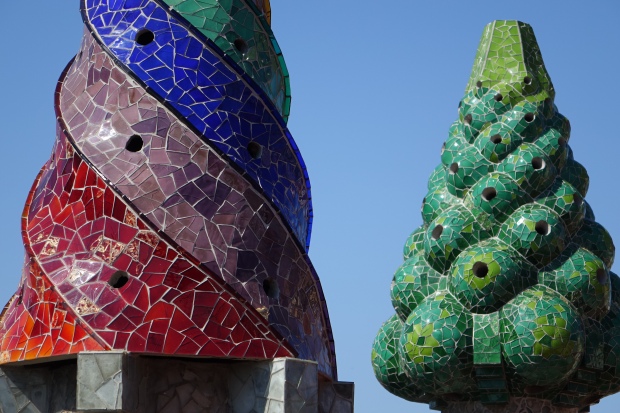 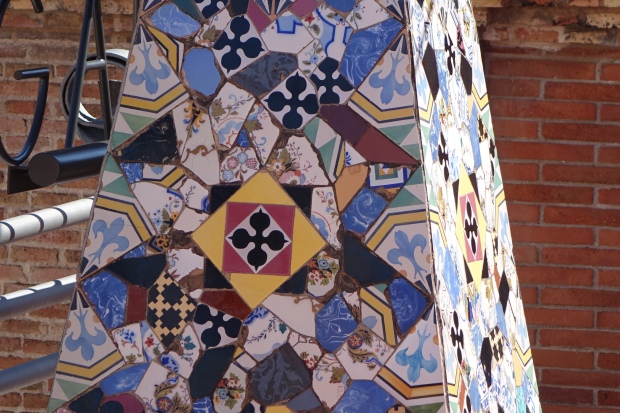 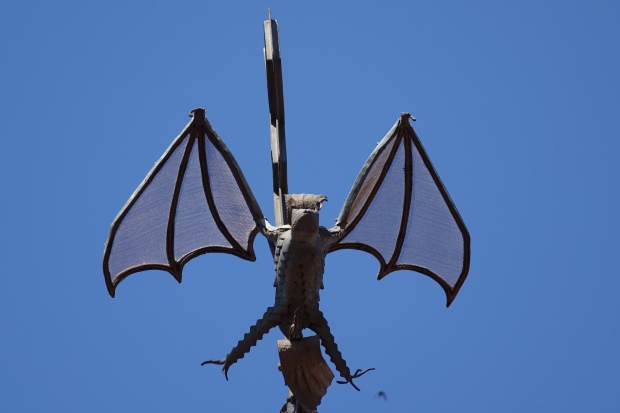 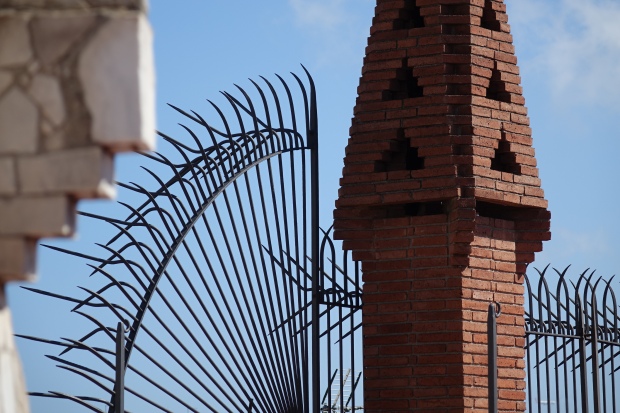 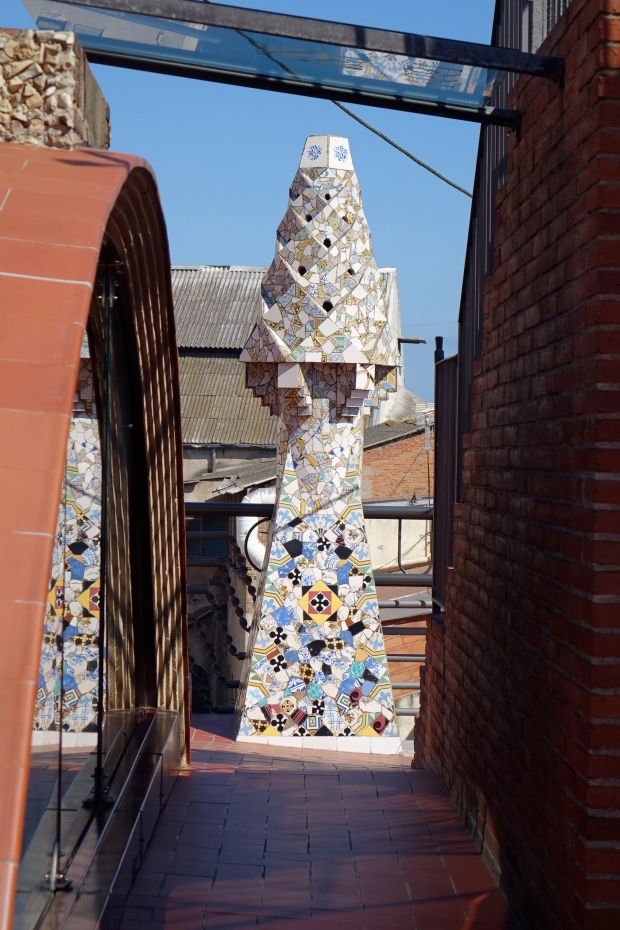 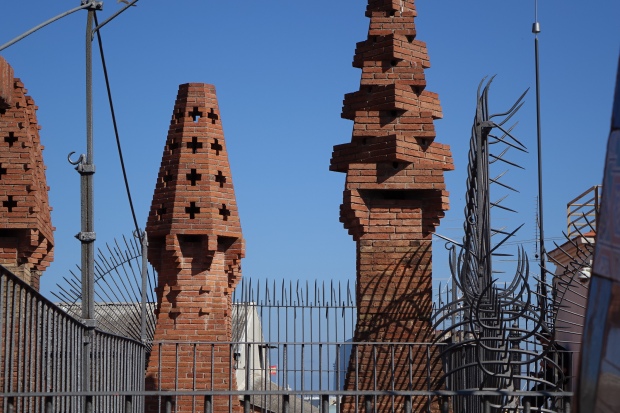 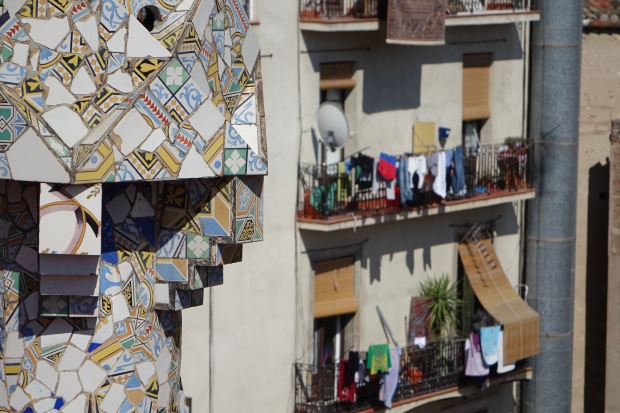 That is not to say that the interiors were boring. Far from it. Past the initial somewhat gloomy entrance which was intended to be the preserve of carriages, the upstairs rooms showed every sign of the virtuosity for which the architect would become know, with magnificently intricate woodwork, wrought iron and personalised furniture heavily influenced by the Moorish design which is so prevalent in Spain as well as the innovations of line and shape which were becoming modish in what was to be known as the modernist or art nouveau era. By far the most spectacular feature of the house is the main atrium: a dazzling space which cuts through the entire height of the house, topped with a dome into which little holes cut are like stars twinkling in space. 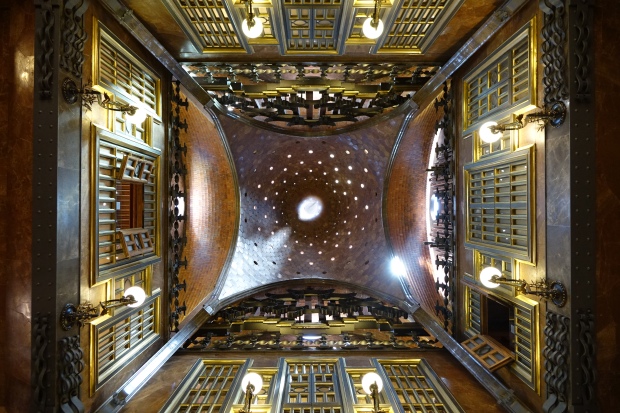 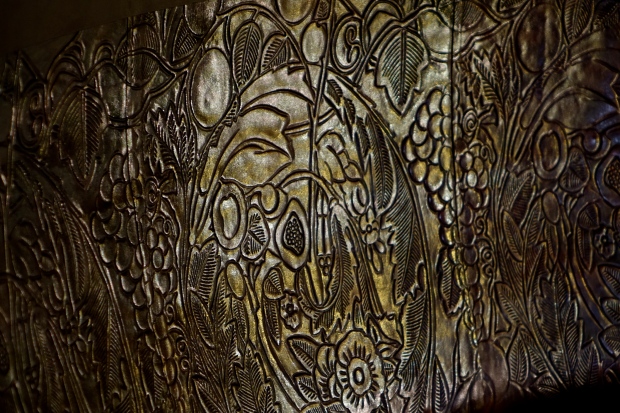 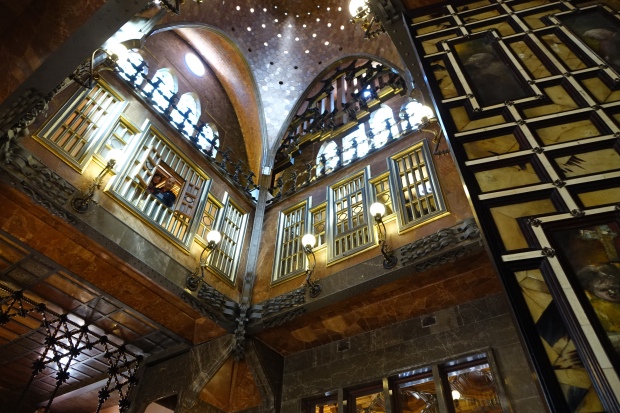 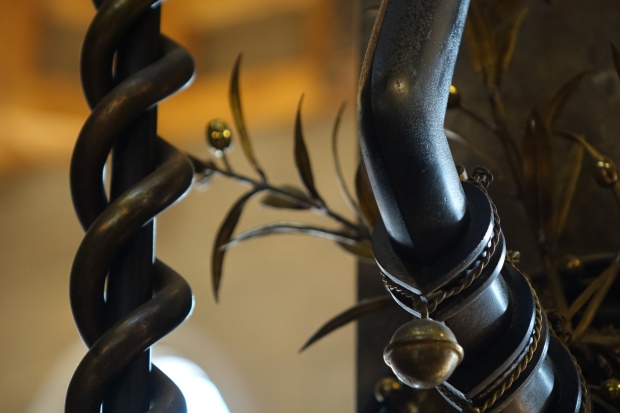 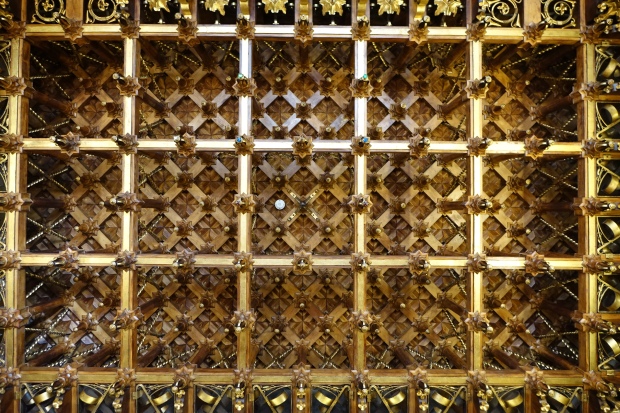 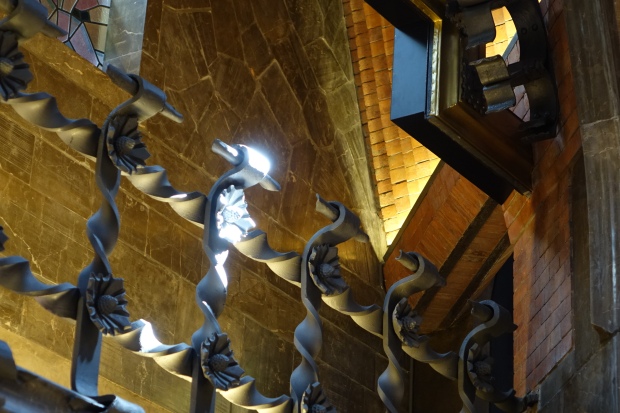 So the house which had long eluded me did its best to impress, and certainly received from me the admiration it deserved. I did however leave somewhat concerned by some of the renovation works undertaken, not least the extent to which staircases have been modernised, for example, with swish inlayed lighting which is clearly out of character with the original house, and worst of all the adaptation of the roof’s famous chimneys such that on one, a contemporary artist has shamelessly attached a tacky toy lizard as some kind of new interpretation of an otherwise perfect Gaudi icon. Why this was allowed I will never know. As they say: if it ain’t broke, don’t fix it. 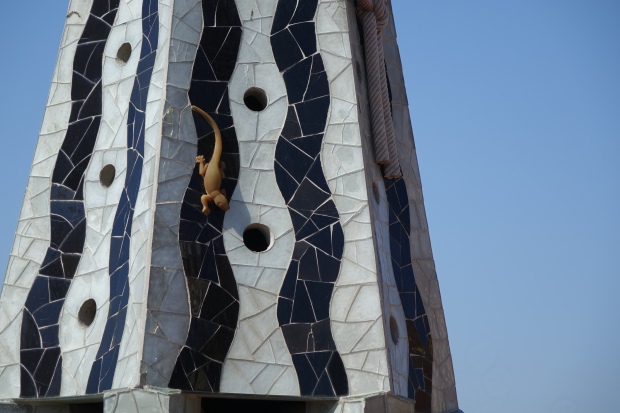 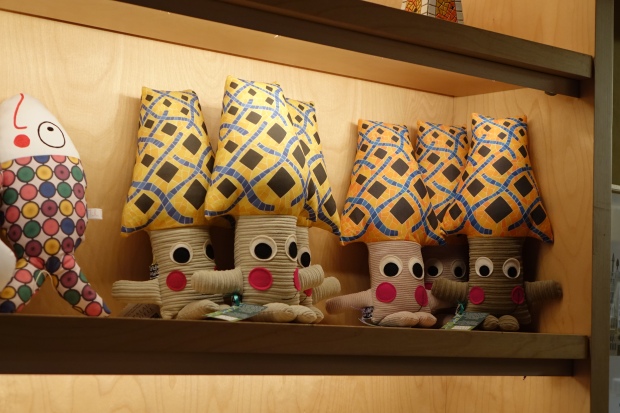