It’s not often when you leave a city that you start snapping away with your camera, but with the stupendous scale and majesty of its liberty-style architecture, the Stazione Centrale of Milan makes for one hell of a farewell. Inaugurated in 1931, and heavily influenced by the onset of Italy’s Fascist age of might and power, the building pronounces Milan and Italy a true powerhouse of the modern age and a gateway to the advanced engineering which meant that Milan was connected through vast railway tunnels running North through the Alps, and along endless expanses of track traversing the Italian peninsula. 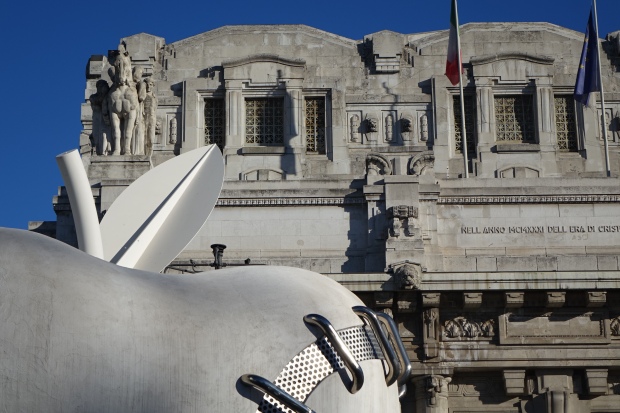 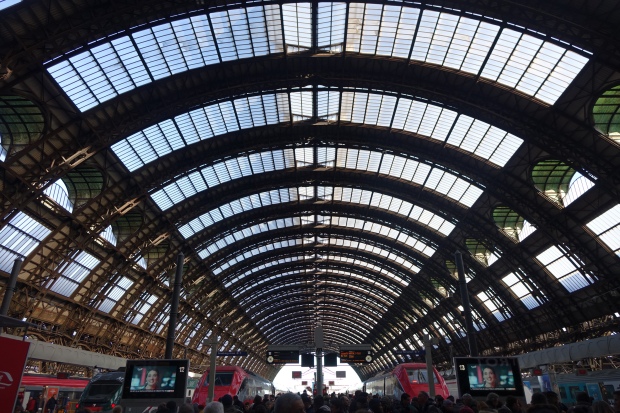 It’s hard to know where to look. While passengers may be accustomed to concentrating on the departures board, Milan’s central station is itself a masterpiece of art which beckons the viewer to look beyond the travel information and up into the soaring 72 metre height of its great loft ceilings, and over the art deco lines and cubist sculptures which represent, in very Fascist terms, the will of the worker and the strength of Milan as Italy’s industrial capital. 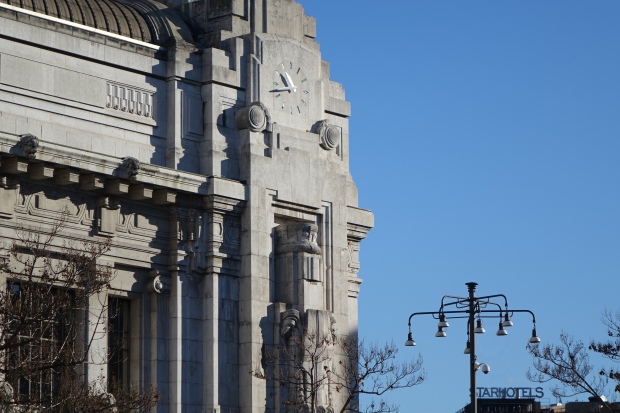 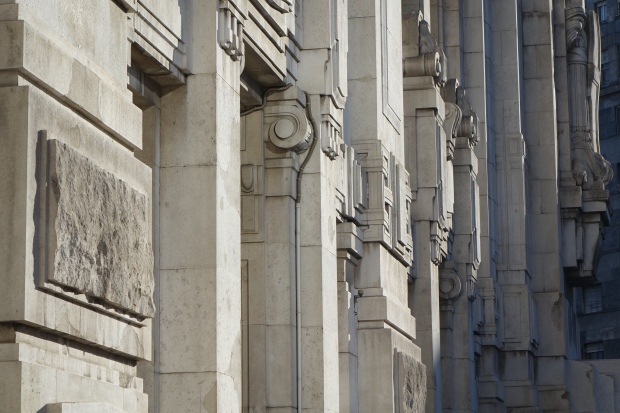 The station is mightily impressive. You have to traverse three huge entrance porticos before you even reach the 24 platforms, each bigger than the one before and displaying new feats of architectural engineering and decorative brilliance. What can be termed as “halls” are each double the size of your average city train station, and pack their punch in aesthetic excellence and awe-inspiring impact.

It made leaving Milan that sunny blue-sky day all the more difficult, but think how it must impress as a gateway to the city? Whether it be political propaganda or a testament to design, the Stazione Centrale is a true icon of its age, and seeing it was a magnificent end to our Milanese Odyssey. Arrivederci Milano… we will return to revel in your splendour one day soon.