A Cretan Odyssey | Part 4 – Nymph Beach and other wonders 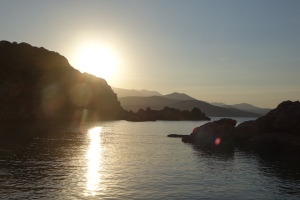 When we had had our fill of our perfectly proportioned, utterly private pool (when that was possible – it actually amounted to being dragged away by the fear that we might otherwise be addressed as the kind of philistine pool-huggers who see nothing of the countries they visit on holiday) we only had to stroll 5 minutes down a little lemon and pomegranate tree lined lane to get to the beach. And what a beach it was. Utterly secluded, populated only by the small number of guests from a nearby hotel, a walk some 10 metres along the shingle shore meant complete privacy in waters as clear as Evian. We became accustomed to visiting the beach both first thing in the morning and in the dying light of day. On both occasions there was a tangible magic to the place as the sun, either in its rise or its descent, sent golden sparkles bouncing across the mirror-like waters. It felt mystical, as though Apollo, god of music and harmony, were present. 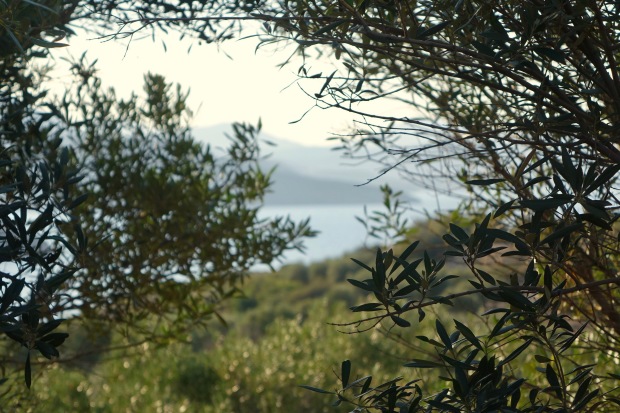 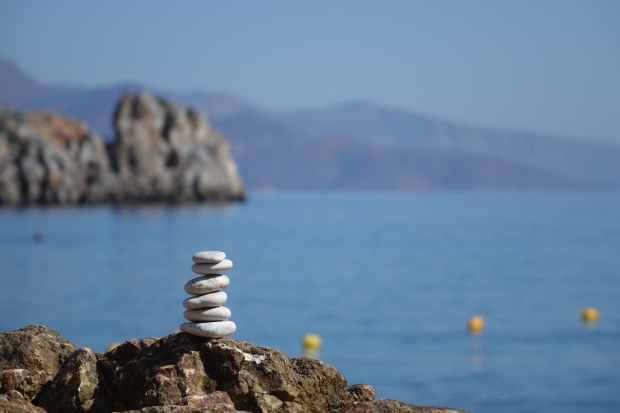 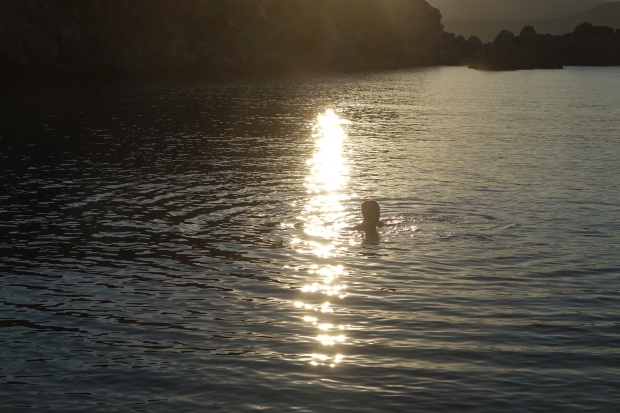 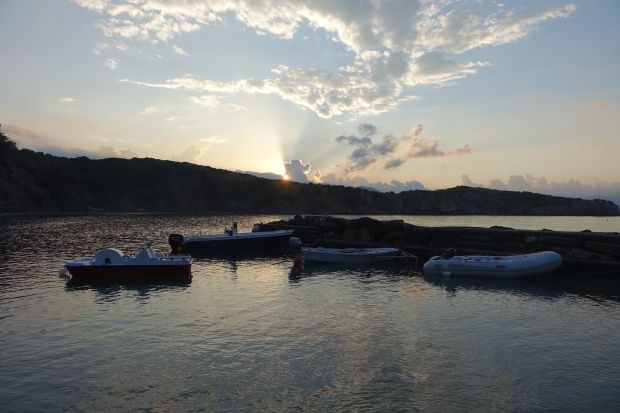 Characterised by its rocky promontory, the beach was cosy, enclosed, a safe harbour from winds and an utterly magical place to be. But the mere presence of that promontory had our explorer’s curiosity peeked, and it wasn’t long before we started expiring the cliff tops, an entire plateau covered with olive trees and harsh stones, an ancient biblical landscape tinged with the gold of the Cretan sunshine. We trekked through the landscape, unsure what we would find as the cliffs undulated down to the sea. What we never expected to discover was another beach. This one caught between the dramatic overlap of rocky outcrops and descending hills. 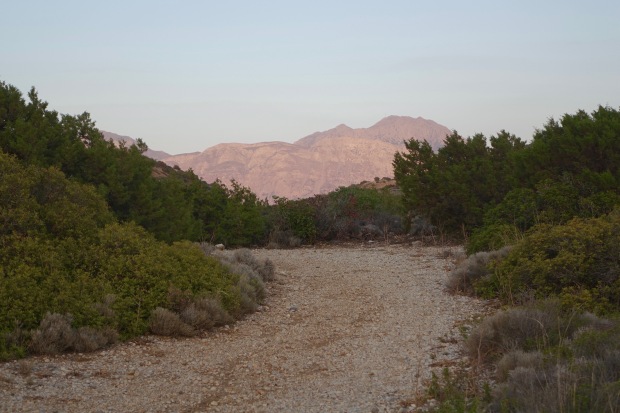 The beach was perfect. It was completely private. Not a sole around, no one in sight, apart from the mystery of a lone towel abandoned on the shore. That mystery was solved a few minutes later as a lady, perfectly toned, wonderfully naked, appeared on the horizon and glided steadily towards the shore. As she approached the edge of the beach she rose from the water, the sparkling sea sliding off her perfectly tanned and silky skin, and she reclined upon that same towel, almost oblivious to our presence. This was no human. Surely this was a nymph, so perfectly was her body adjusted to the molten waters of the bay. 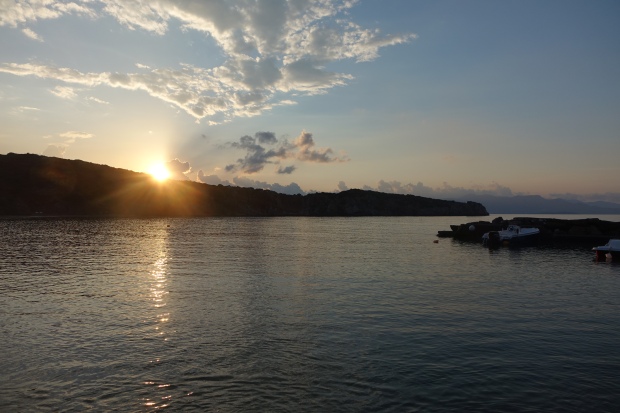 We strongly felt that we had entered some kind of mystical place when we swam out away from the shore and came face to face with towering craggy cliffs backlit by the descending sun. Once again Apollo’s touch was here, and when we turned back to shore, no sign remained of the nymph, as though the apparition of her fleeting presence had dissipated into the heady evening air. But we never doubted her existence. Nor the magical moment of our visit to what we now know as Nymph Beach. I won’t tell you where it is. Only that it exists, ripe for discovery by those curious enough to find it.