On our previous trip to Capri, we gasped in wonder at the heady heights of the island’s mountainous landscape. However we had very little time to explore it to the full. Now, with time on our hands, we took the opportunity to explore beyond the Marina Grande and the super-chic centre of Capri Town, extending our reach to the island’s second town, Anacapri, and the vast mountain which extends up behind it, Mount Solaro.

With an elevation of 589m above sea level, the peak of Mount Solaro is the highest point of Capri, and as such the views are understandably ravishing. With a statue of Emperor Augustus – the first Roman emperor to favour the island – presiding over all, the area around the peak is truly photogenic, with wide swathes of wild flowers rolling down across the steep mountain sides making even the foreground of these impressive vistas a treat on the eye. 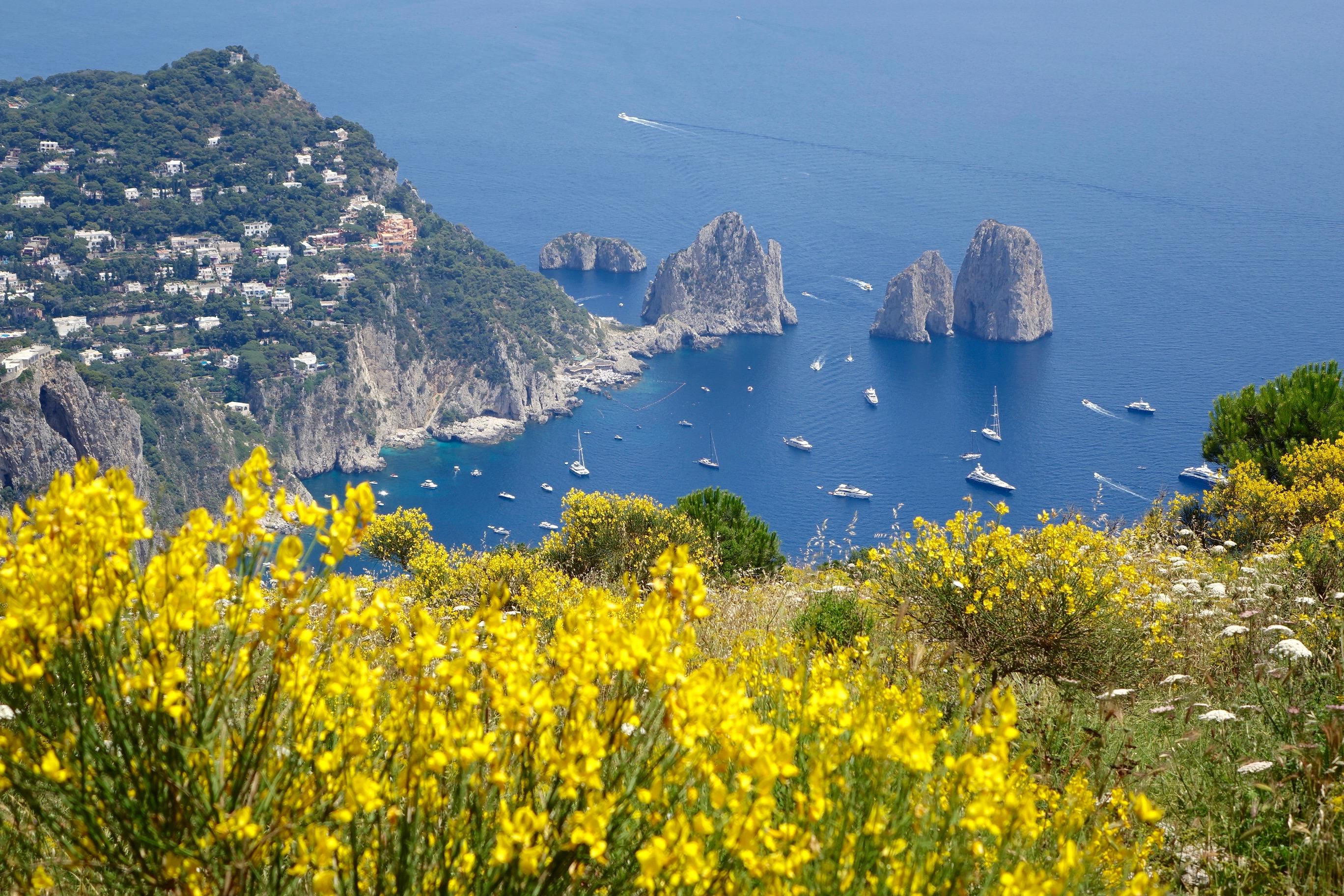 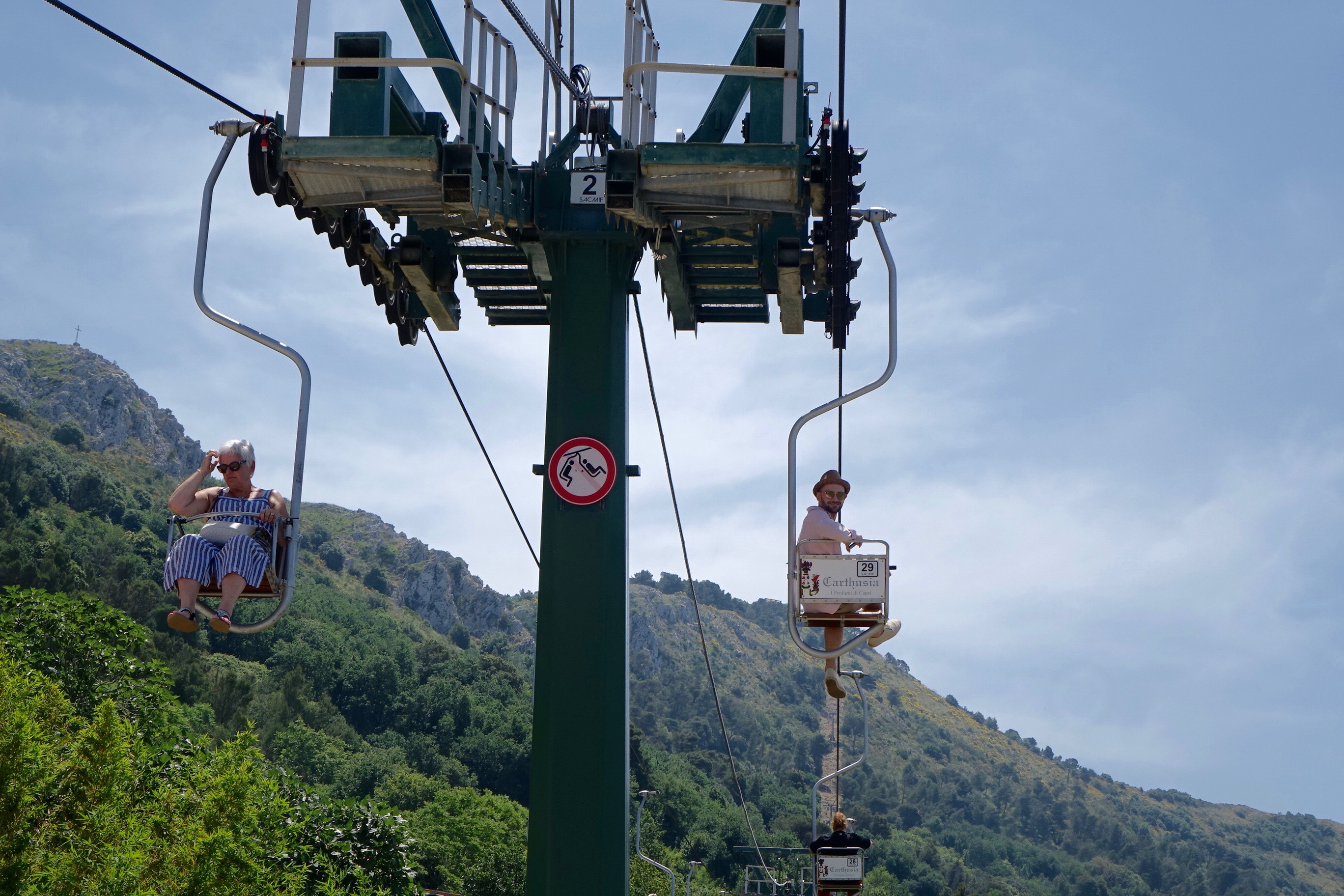 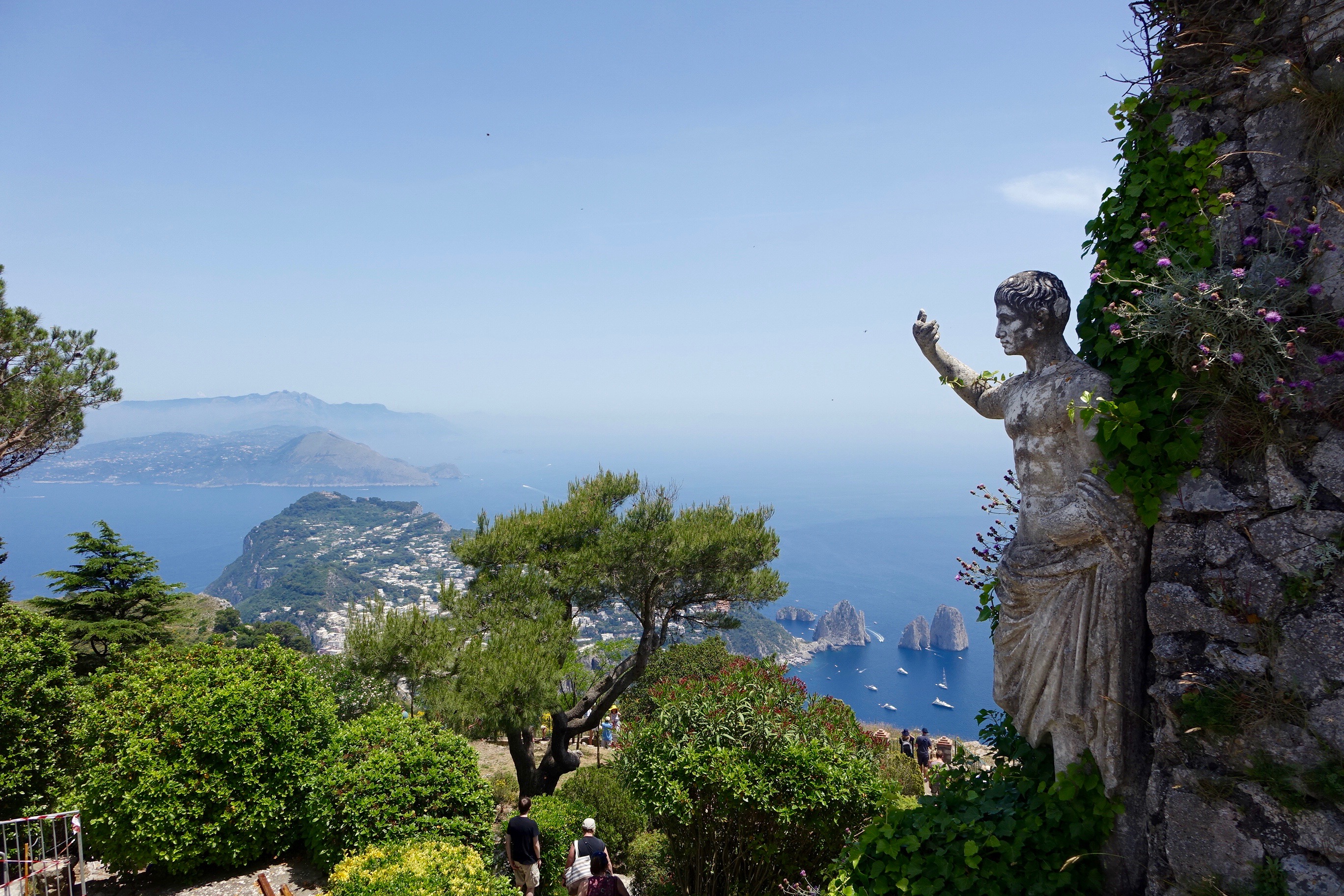 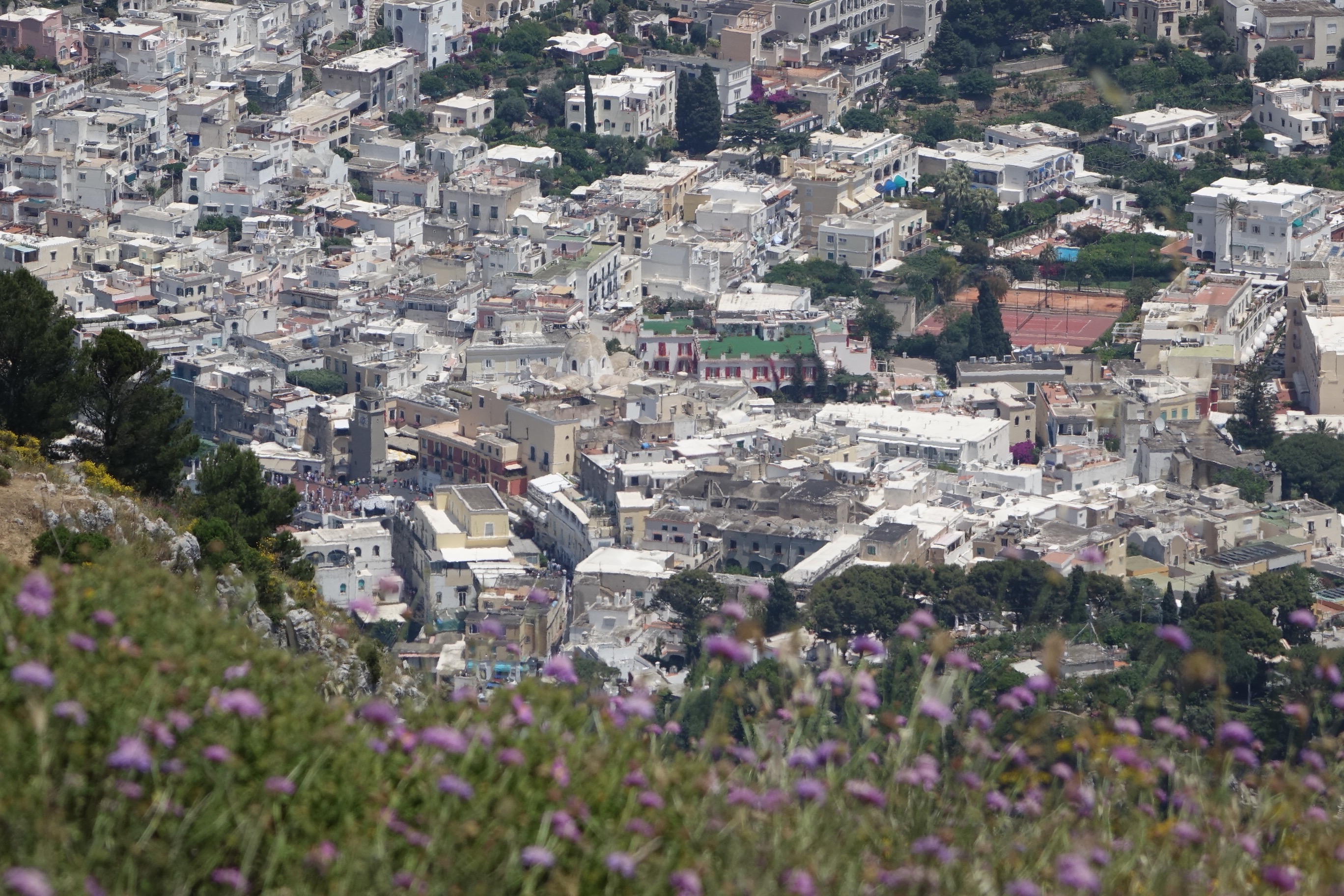 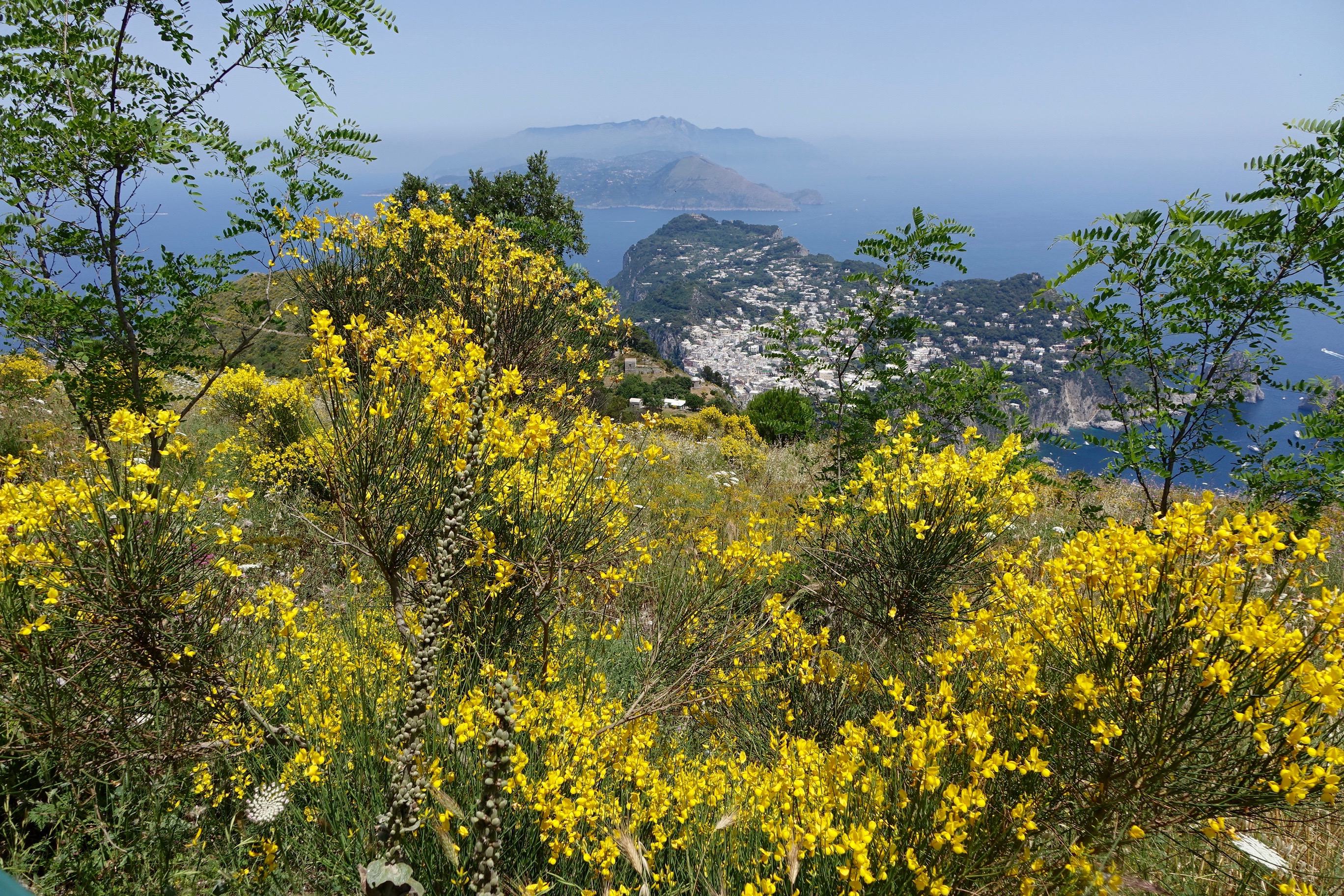 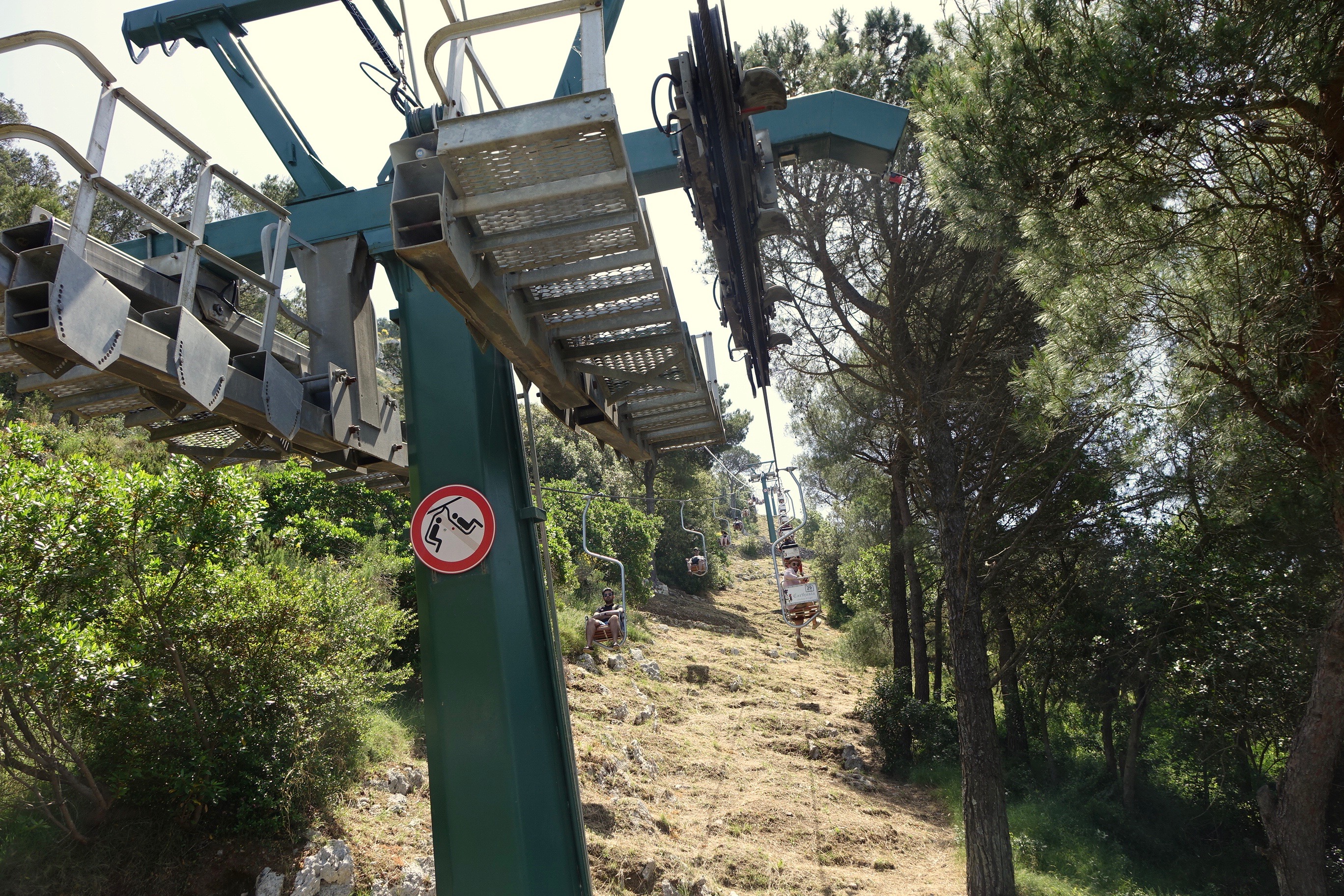 But best of all things was the journey up to the peak. No hiking for those swanky visitors to Capri… rather the ascent can be enjoyed in a chair life which enjoys spectacular views from the starting point in Anacapri, to the final mountain peak. Sitting in individual chairs, one lined up behind another, one doesn’t really have the opportunity to chat with fellow travelers. The result is a ride of some 13 minutes one-way spent in near silence, with only the sounds of nature to accompany the journey. It surely made for a welcome contrast to the bustle of Capri’s much visited twin towns. 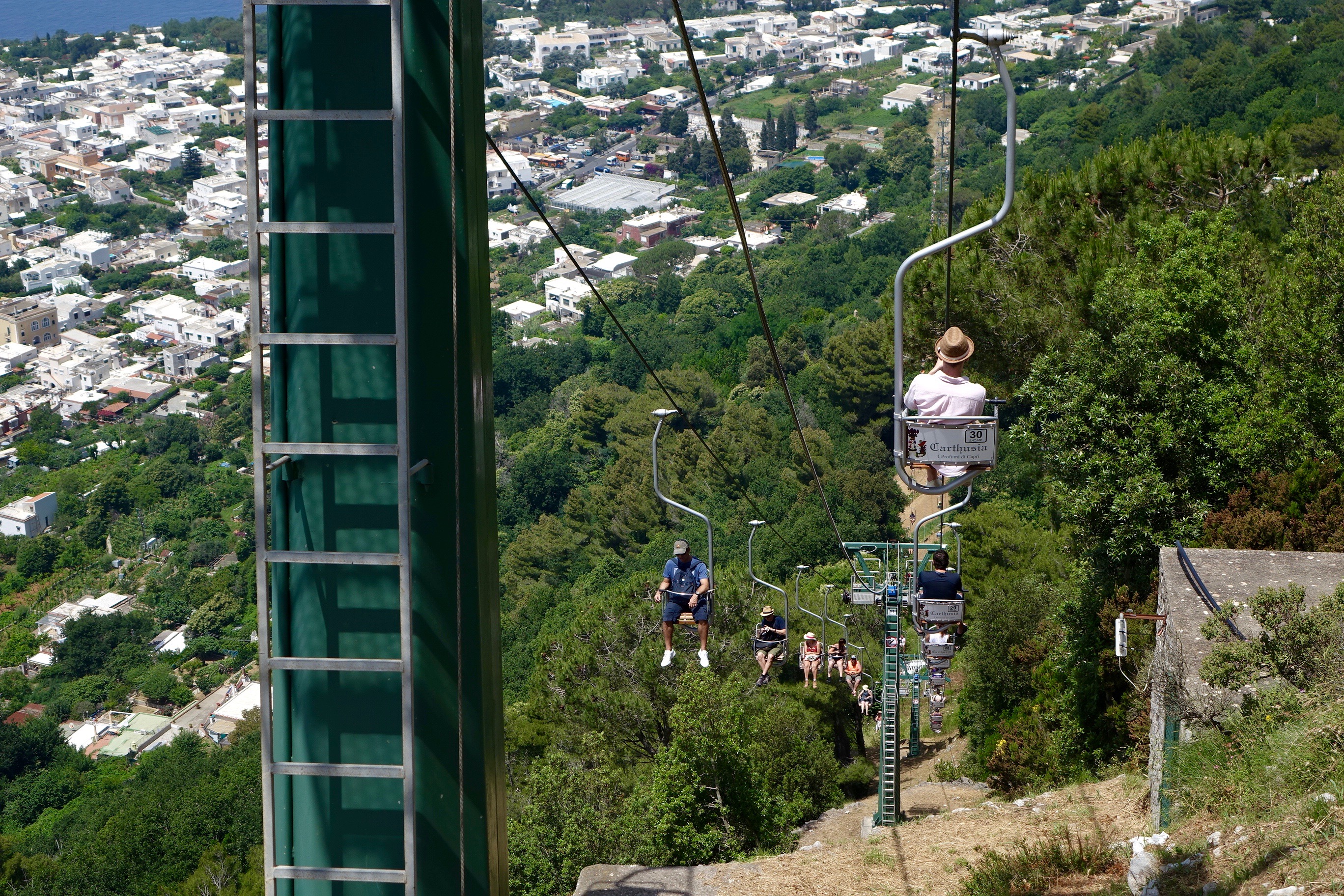 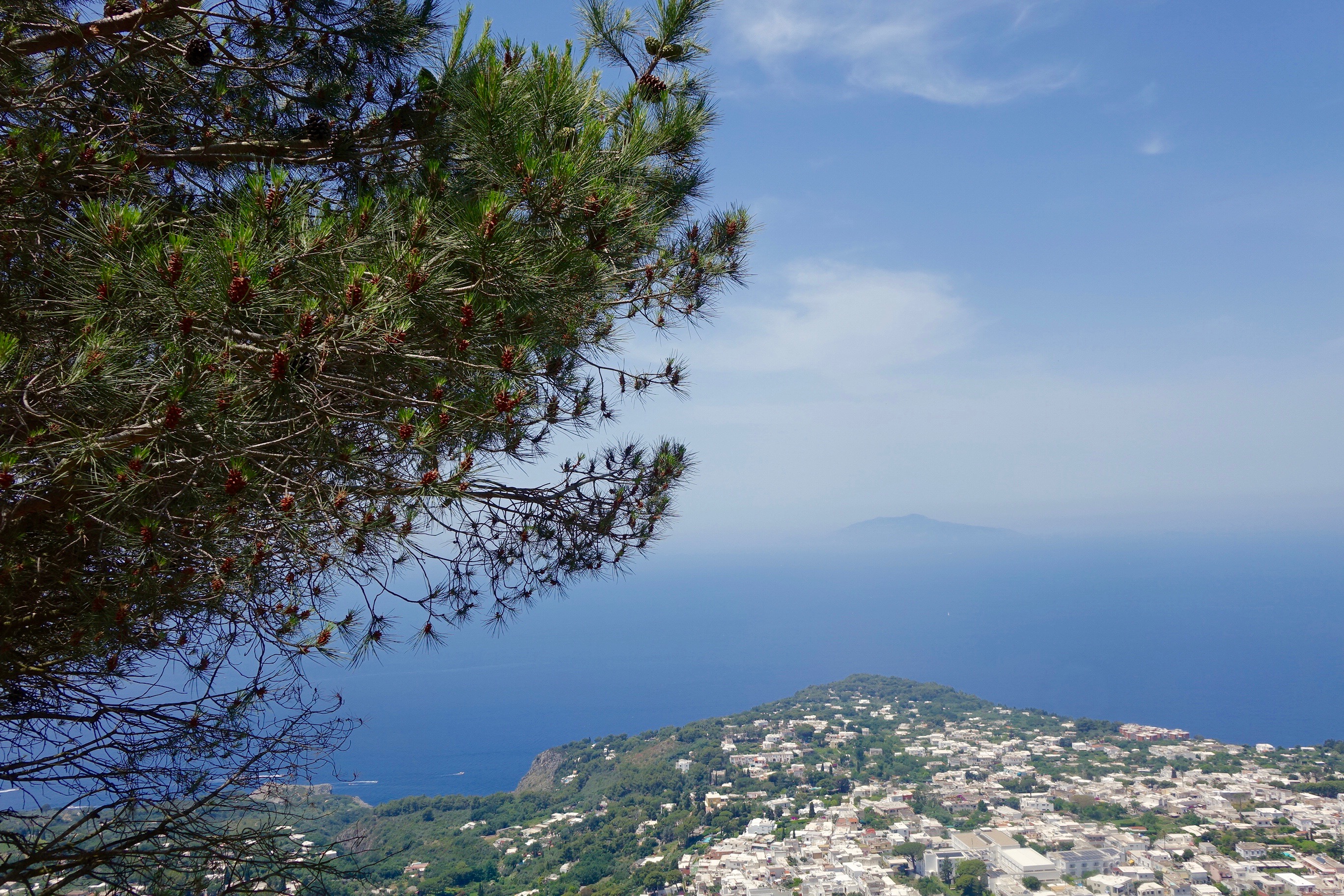 Back down from the heights of Mount Solaro, we also had the opportunity to explore the centre of Anacapri, finding a town much lacking in the notorious glamour of Capri Town, but which felt altogether more authentic. I fully suspect that when the tourists go away, this, rather than Capri Town, is the urban centre most frequented by locals unwilling to pay the exorbitant prices elsewhere. It’s accordingly a place which feels like another kind of Capri. Not necessarily better, but certainly not worse for showing something of the local spirit which must pervade the island during the quieter months of the year.

A glimpse of Anacapri 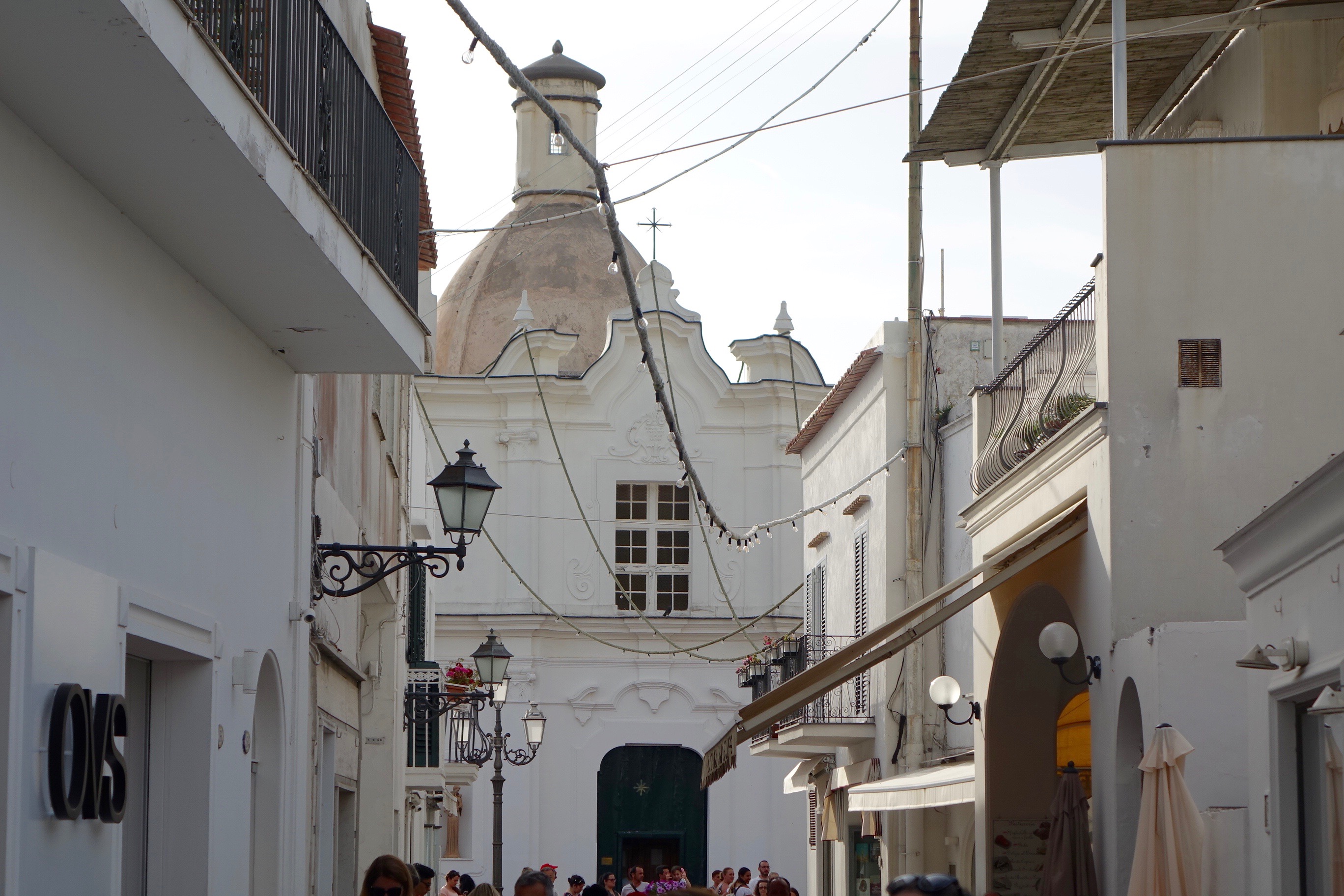 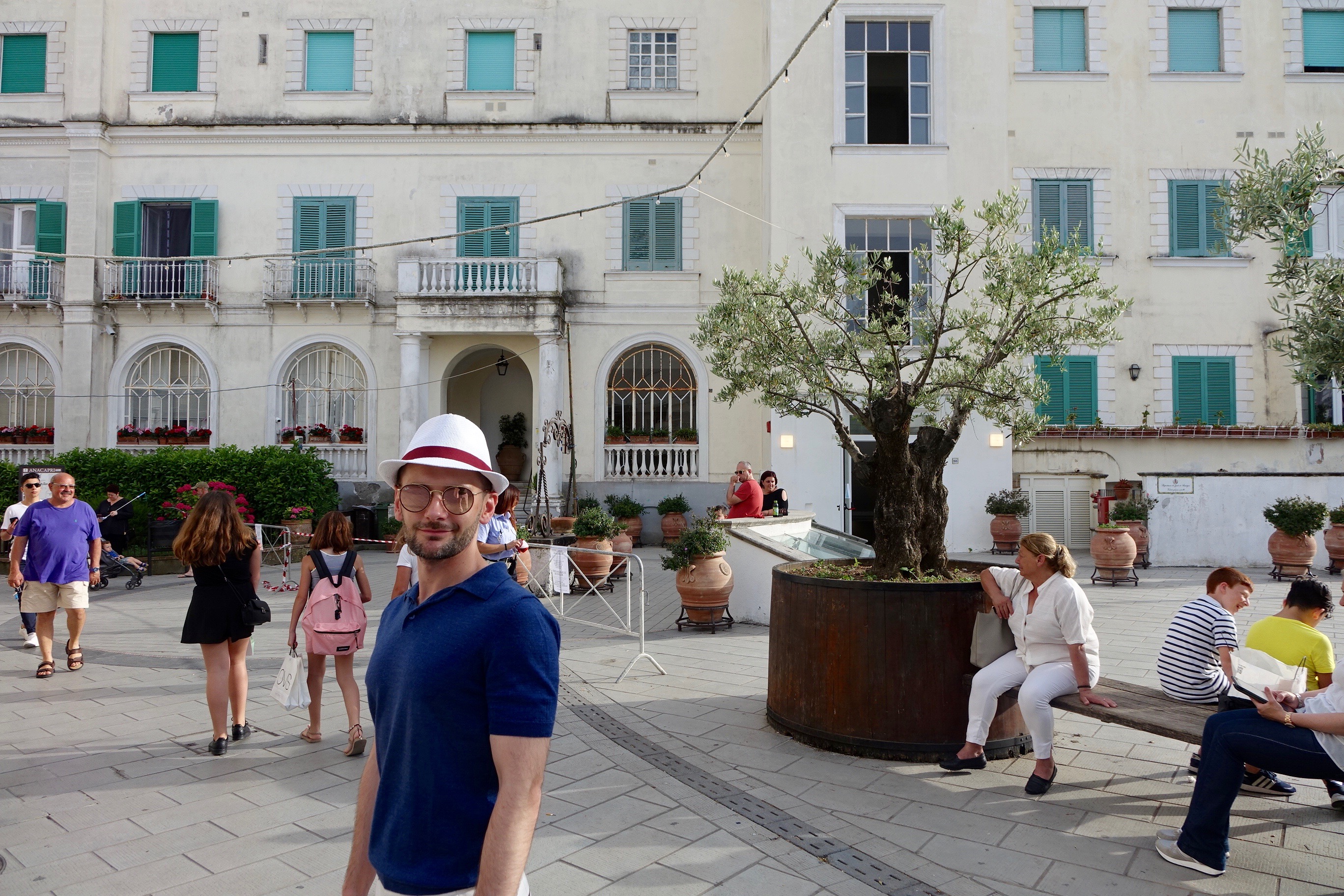 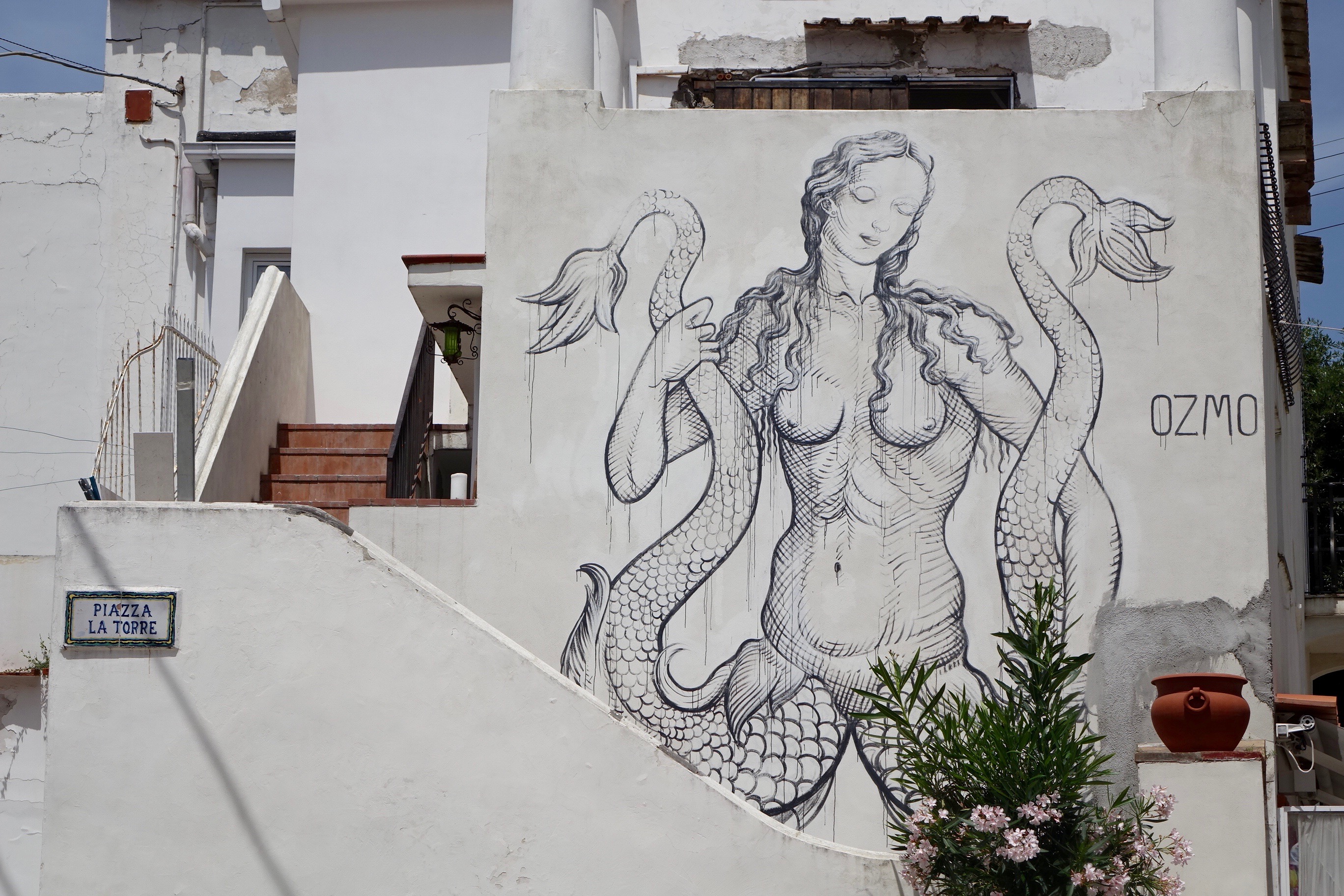