From Catania to Noto, and all the lavishly decorated theatrical towns in between, Baroque was a huge feature of our Sicilian adventure, and very much characterised the look and feel of South Eastern Sicily. Yes, of course modernity has crept in, placing its often ugly stamp around these towns of baroque splendour, but Sicily is no Manhattan, and for the most part it is the ancient architecture which continues to dominate, even though it is often tired, dilapidated and a mere shadow of its former self. This, I think, is the true essence of the Sicilian Baroque: complete over the top theatricality while bearing all the signs of age and weathering which is a side effect of the harsh climate and the poor economic conditions which still dominate in the region. 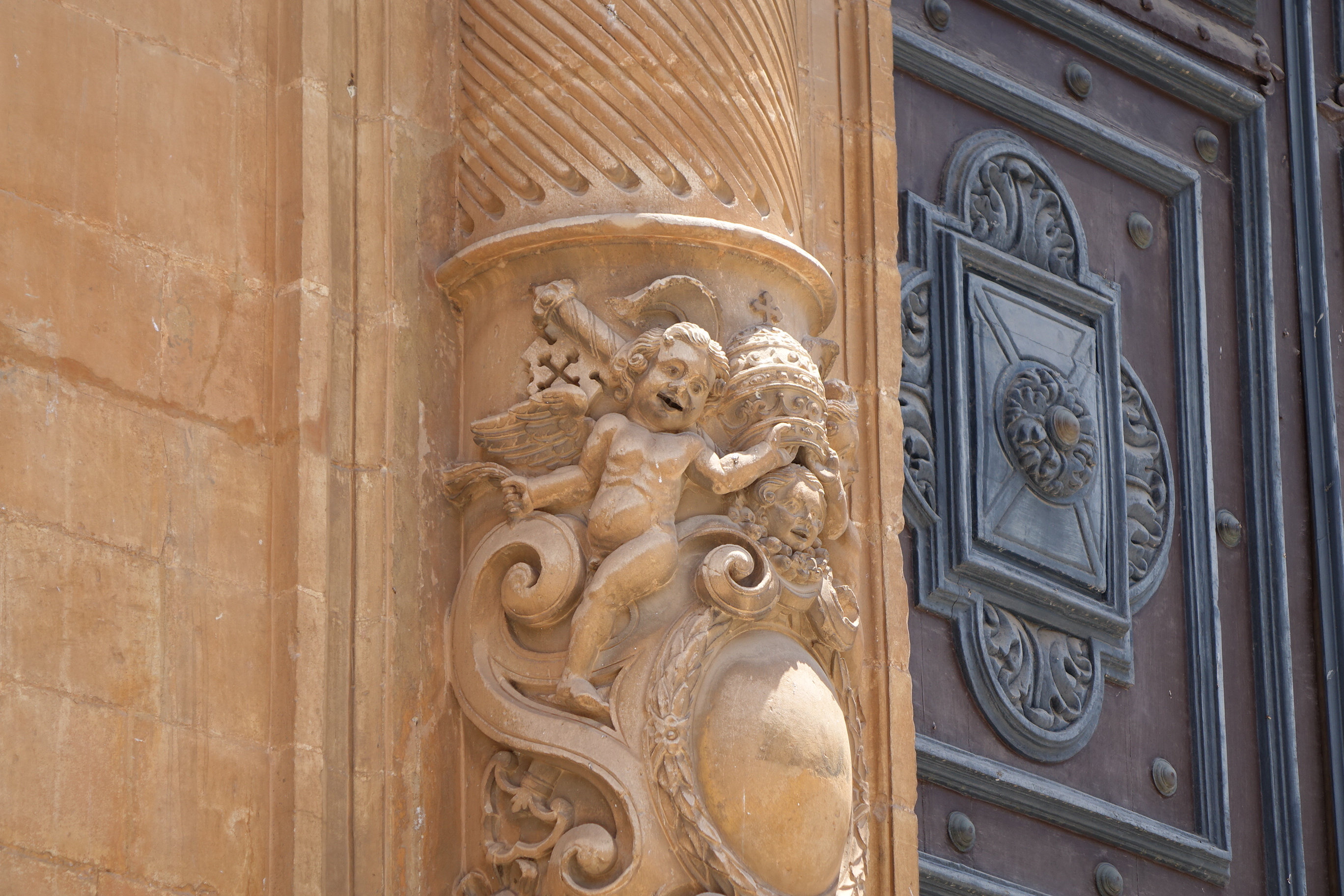 For me, nostalgically romantic as ever, it is this battered and broken appearance which gives the Sicilian Baroque its charm, furnishing it somehow for my perception of what the Mediterrananen aesthetic should always look like. Fascinated, I took a lot of photos, as the elaborate lines and fantastical detail of the baroque flourishes became more and more over top. While, throughout the Sicily series on my blog, you will already have seen many of these, I thought I would end this Daily Norm trip to Sicily with a final round up of the many baroque splendours on show.

So let me indulge you in the beautiful Baroque of Sicily, in the abundance of putti (cherubs) and swirling clouds that offer the promise of paradise. Gaze in wonder as life-like statues of the apostles and the saints appear to come to life upon their baroque stage-set, and be dazzled by the plethora of intricately carved balcony corbels, each displaying its unique take on the ultimate Sicilian decoration, as angels and demons, animals and even house owners are rendered in stone and set at the base of palace balconies where they can be best admired from the street below. 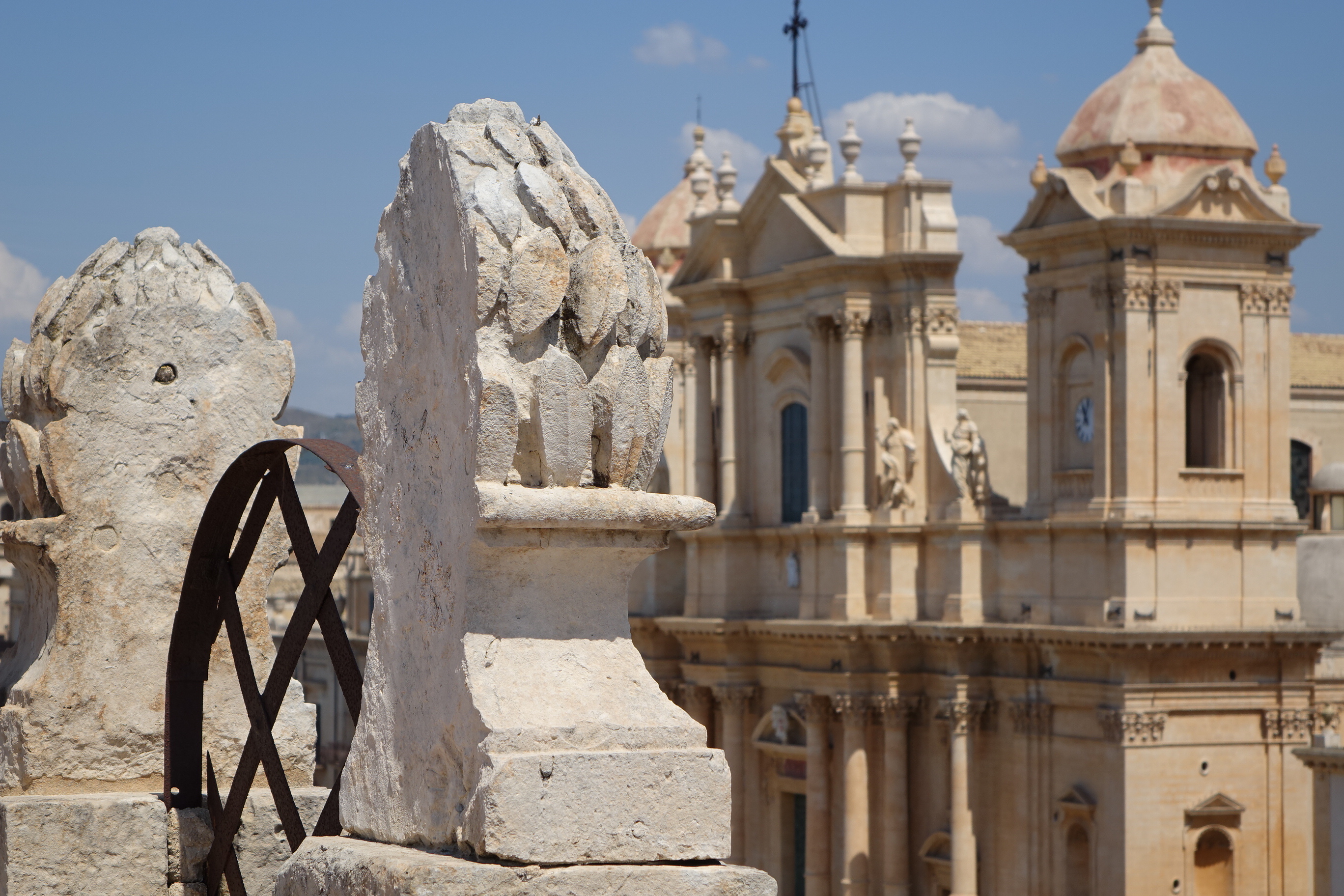 Sicily is characterised by its food and its people, by its climate and its architecture, but chief amongst its influences are the tectonic actives and that ever dangerous volcano, Etna, which have so often caused havoc on the island. But with disaster comes beauty, and were it not for the great earthquake of 1693, Sicily might never have been presented with this opportunity to redesign itself in the baroque style. Today we cannot help but admire this aesthetic all the more, both for its fortuitous advent, but also in the knowledge that its fragile foundations may be rocked again one day when the powers below the earth decide its time to stir again…

The Sicily Series | Part VIII – Ortygia of Syracuse, the Venice of the South

The legend of Ortygia had come to us through the bathroom. Not that this should be misread as something smutty. For Ortigia the brand of timelessly elegant bath products, room fragrances and soaps is today one of the most prestigious purveyors of bathroom accessories on the market, with stores on Marylebone High Street and Sloane Square in London alone. And while the company, which hails from Sicily and whose packaging awash with leopards and palm trees is the very essence of the Il Gattopardo period, spells it’s name with the Italian ‘I’ it is otherwise the perfect ambassador for this equally stylish stunning little city in Sicily. 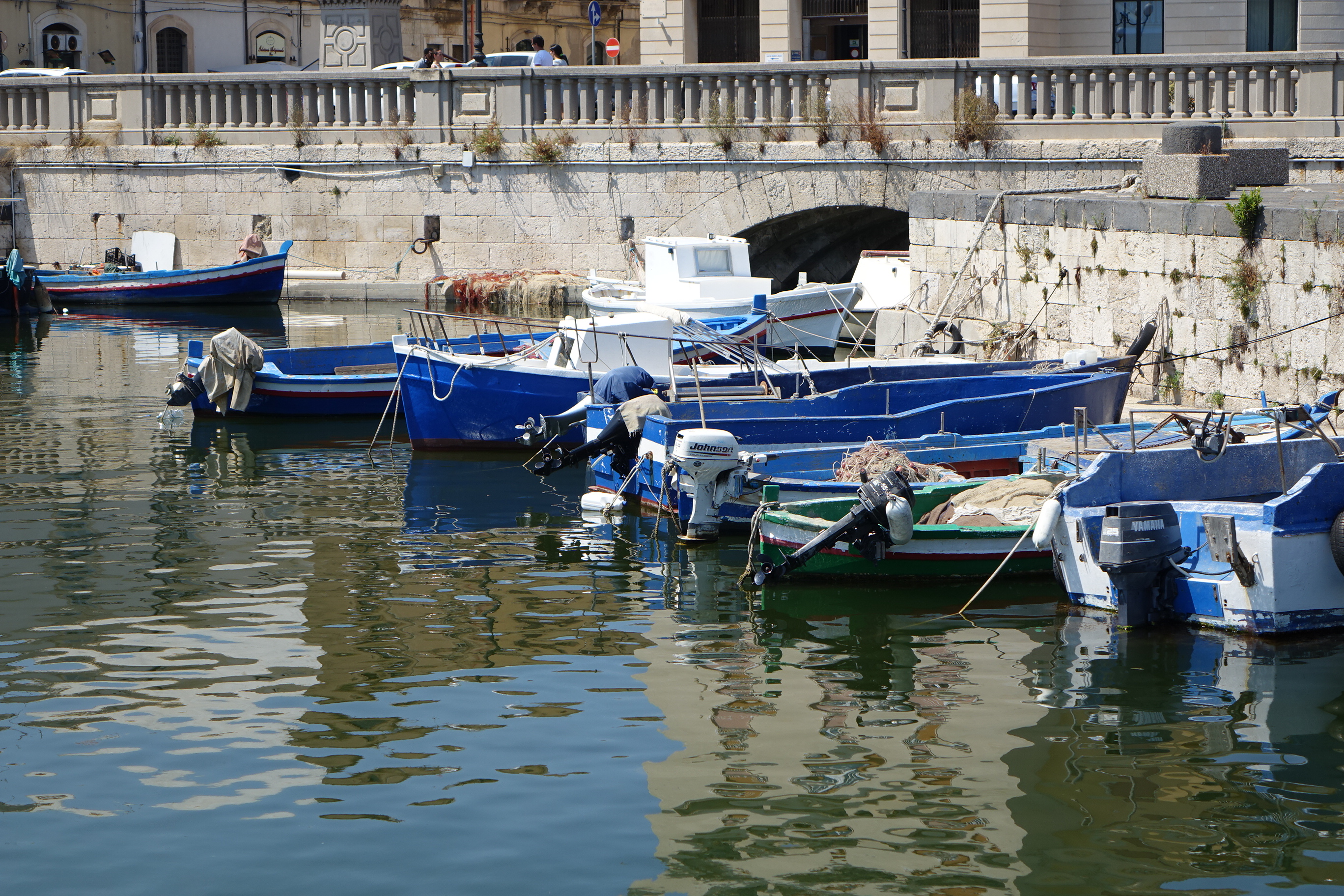 Ortygia is more of an island than a city, connected to the bigger city of Syracuse by two narrow bridges. With few cars, plenty of picturesque narrow streets, and surrounded on all sides by the sea, Ortygia has often been called the Venice of Sicily and it’s not difficult to see why. For in place of Florian’s cafe are a host of cosy little eateries with pale striped cushions, blue glass and understated elegance. In the place of ancient treasures sacked from Constantinople you have multiple ruins dating way before the roman times and literally peppering the streets (the incredible ruins of the Temple of Apollo being the first to greet you when you cross the bridge). And instead of Saint Mark’s the main Duomo of Ortygia is a masterpiece mix of the most ravishing Baroque with an ancient Athenian temple. 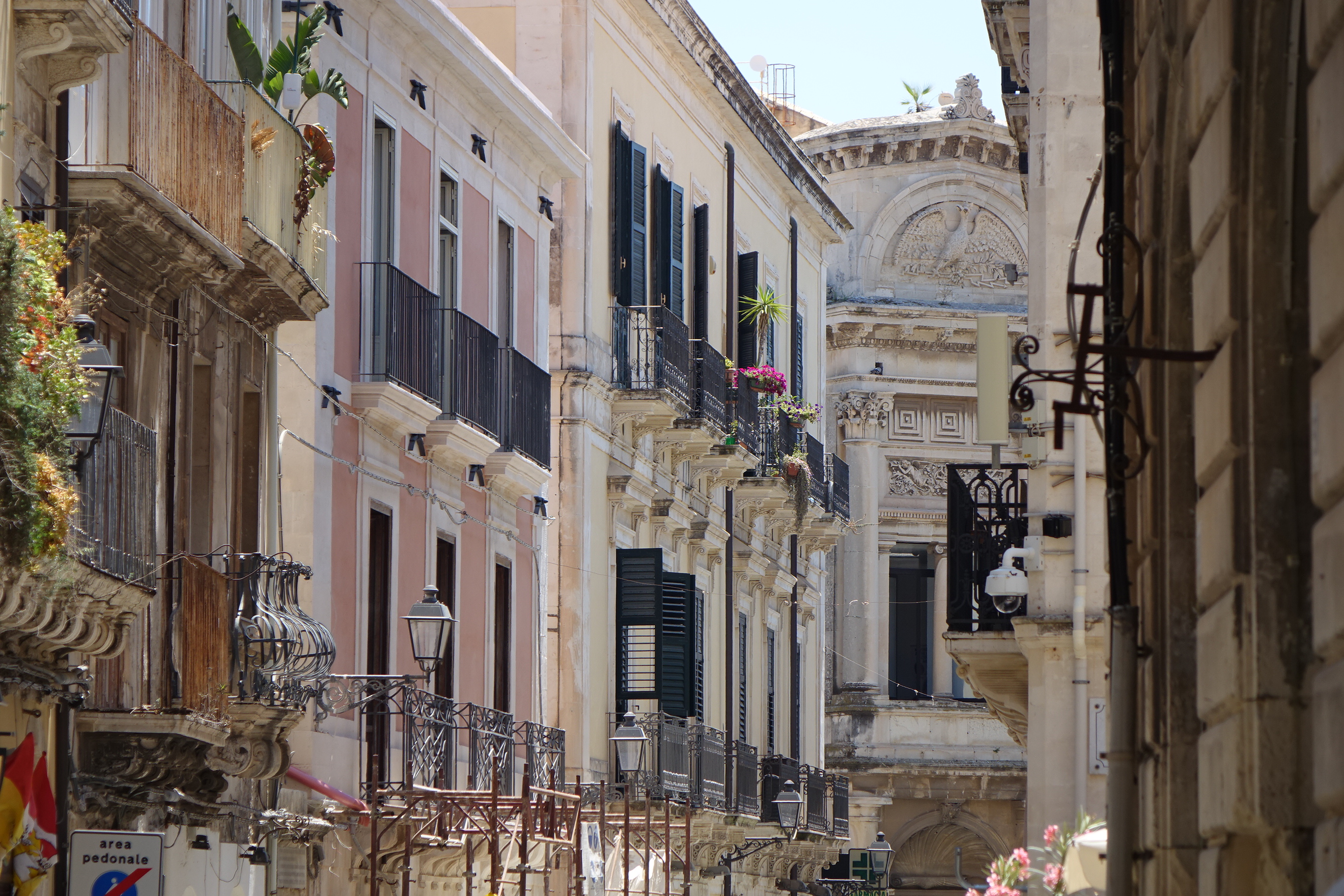 For me the Cathedral (not to mention the dazzling showpiece square surrounding it) is undoubtedly the highlight of Ortygia. With its elaborately decorated marble facade, the Cathedral shows but one face of an indelibly rich history which oozes from within. For one walk inside and you find an ancient interior not characterised by the Baroque at all. Rather the Cathedral is essentially a remanifestation of the ancient Temple of Athena which has always stood on this spot. It is not just built on the same foundations but is actually constructed over and amongst the original ancient columns which made up the temple. All they have done is filled in the space between the columns, put a roof on top, and that marvellous facade at the front. The effect is to receive an incredible immersion into the most ancient of civilisations, and really gain insight into what a temple back in the times of Ancient Greece would have been like.

Alas we could not spend too long in Ortygia. The sun bounced down on those ancient palazzos and that fine white marble which dazzled all around, and as the afternoon drew on, temperatures rose in unison. We therefore escaped to the air conditioning of our car and the promise of a prosecco back in Noto. But we left Ortygia with a real sparkle in our eyes, and, naturally, a little complementary purchase from its world renowned cosmetics store.