Following on from yesterday’s Turner Prize blog entry, in which I examined the melancholy but strangely beautiful and atmospheric works of both Martin Boyce and George Shaw, it follows naturally that in today’s Daily Norm, I introduce you to one of my first Norm paintings, painted back in 2005: “Cool Norm”. 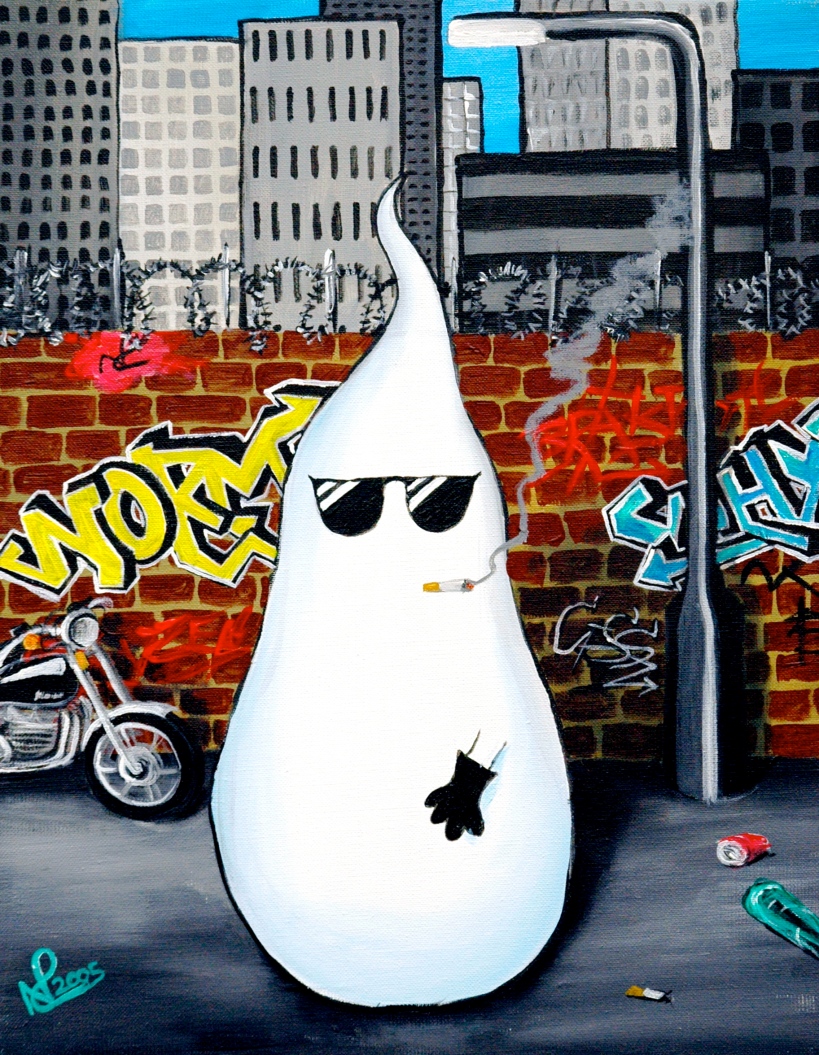 END_OF_DOCUMENT_TOKEN_TO_BE_REPLACED

I adore modernism in art. Just what the genre entails is debatable, but when I think of Modernism, I think of Gaudi’s masterpieces in Barcelona, and the art nouveau of Paris, the rethinking of everyday objects to create masterpieces out of functionality, obliterating corners and straight lines, and emboldening quirky, individual designs over and above the monotonous linear structures inherent of 19th century urban development. The free-thinking spirit of modernism barely visited the shores of England, which was too constrained by the censored expression and elaborate attention to detail embodied by the Victorian era. Then with the two world wars dampening the UK’s embrace of architectural innovation, and the second world war flattening half of the country, the architecture which followed needed to be quick and cheap. Hence the hideous 50s and 60s monsters which now litter the British horizon. 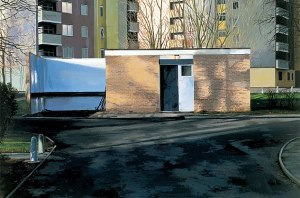 These depressing urban environments, many of which have now fallen into disrepair and face demolition, are the eery subject matter of one nominee of this year’s Turner Prize: George Shaw. His works, such as this one, are painted in enamel paints, akin to those used by model makers, and as a result they exhibit a strange, photorealistic finish which depresses as much as it entices. I’m glad to see that paintings have made it into the Turner prize, and skilfully painted works at that. It’s a far cry from the “readymades” of conceptual art’s previous dictatorship over the prize. But this does not alter the spirit-crushing reaction which this paintings conjure in their audience. I haven’t been to the Prize (it’s location in the far out sticks of Gateshead does not make a visit for a Londoner particularly easy) but from viewing the work online, I am most struck by the photorealistic skill which has been utilised in producing the images. So are they art? Well, there are aspects of artistic composition and balance in these canvases, from the stark tower block background, cut off menancingly mid tower, suggesting the interminable rise of these modern monsters way into the landscape, while in the foreground, light dapples almost elegantly on the stark road surface. This is artistic, and I must say, I like his works. Although I think they’re better suited to a gallery setting: Hang them in your lounge and you’ll be on prozac in no time. 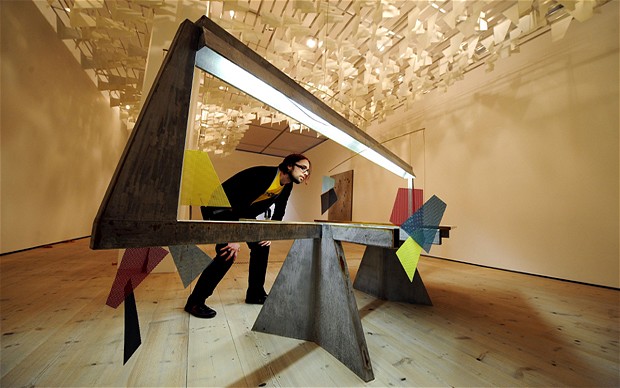 However it is the winner of this year’s Turner Prize, announced yesterday evening, which most inspires, and for me, Martin Boyce’s take on the urban environment recalls the quirky originality of the modernist revolution. His “installation” is a quietly atmospheric, almost poetic exploration of an autumnal park landscape, a bench like structure dappled with the light which flows through a metal leafy mesh on the ceiling. There are geometic paper leaves on the floor, and further leaves suggested by the mobile structures which appear to reference the whimsical mobiles of Calder. I especially love the slanted wonky litter bin, perfectly completing the urban park environment which has been created, but which also appears, nostalgically, to reflect the spirit of modernism. This reference is concreted (excuse the pun) by the explicit reference to the concrete Modernist garden of the artists Joel and Jan Martel, first shown in the 1925 Exposition des Art Décoratifs et Industriels Modernes in Paris, a picture of which hangs within Boyce’s installation. This Modernist garden included concrete, geometric trees, their angular motifs seemingly reflected in Boyce’s own structures within the installation. 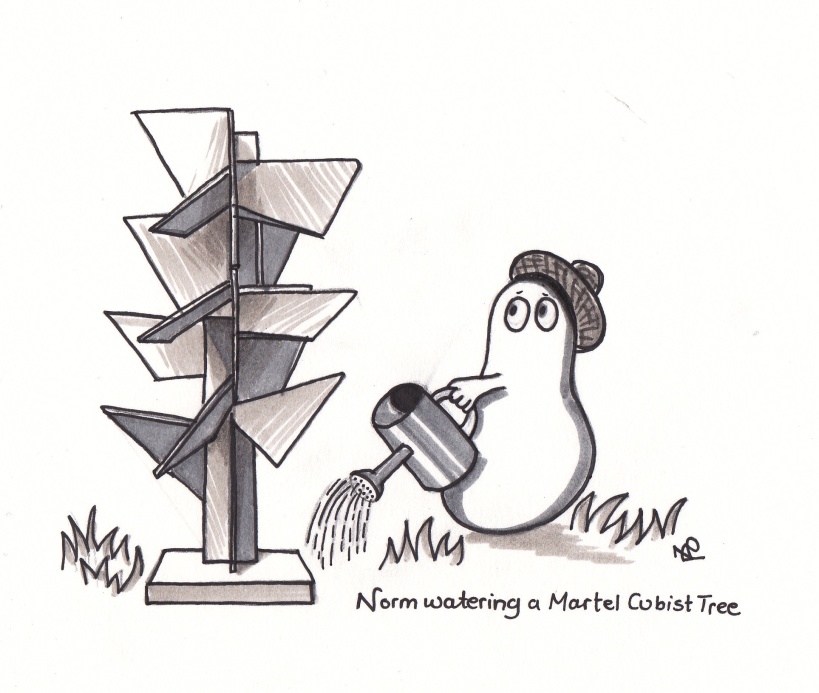 Boyce’s work is no readymade. This has taken skill, and with it he creates undeniable atmosphere and produces a work with all the potential to trigger an emotional response from his audience. How wonderful then that with this year’s Turner Prize, we appear to be moving forward away from conceptual art which, in yesterday’s blog entry, I so bemoaned. As for the other two Turner nominees, in particular Karla Black’s painted bin bags… well, the less said about that, the better… 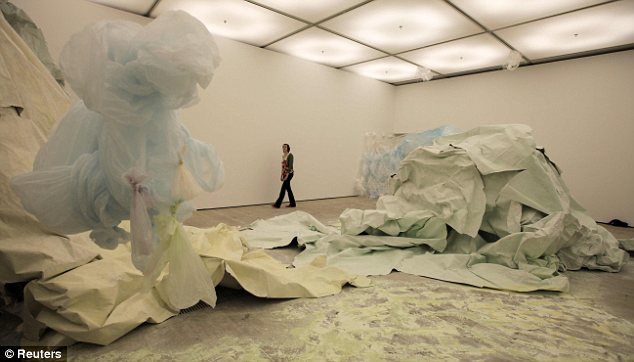