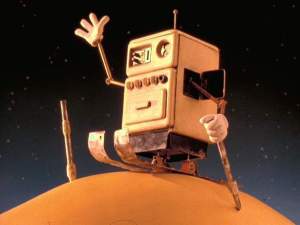 Following on from my previous posts last year profiling some of my old Norm portraits, that is those painted in 2005-6, the last to feature (it was a limited collection) is Robot Norm. It somehow seems appropriate to profile this Norm now, futuristic as he is, at the same time as we are all heralding in a New Year full of possibilities, new advances, inventions and more and more things and places to explore, and in my case, to paint and photograph. Robot Norm was sold when it was first exhibited back in 2006 at my solo exhibition, Between Me and My Reflection. I believe he is now hanging somewhere in Southampton, and hope that he is very happy there. 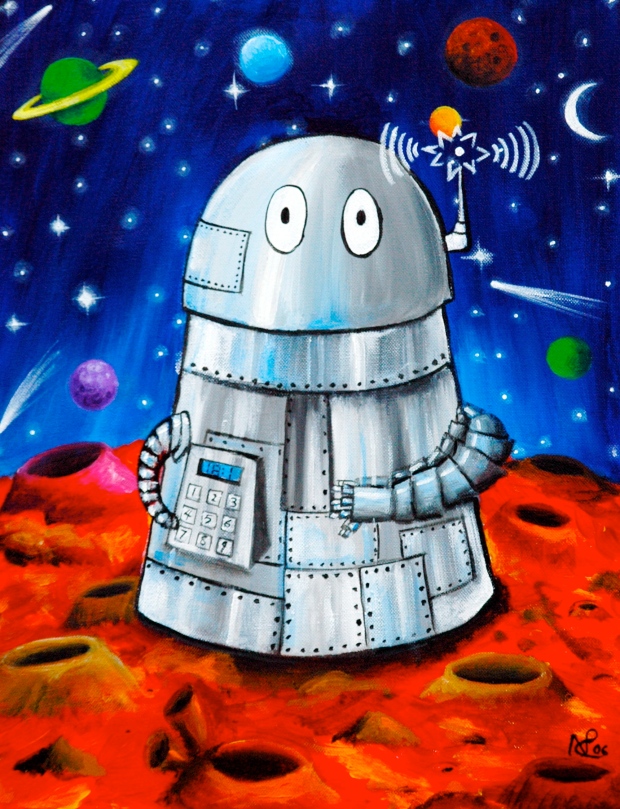 Robot Norm follows the same, illustrative style of my original Norms collection. In common with all Norms, he has only one arm, but unlike his Norm counterparts, he is an automaton, engineered, no doubt, by other Norms, but still retaining the Norm-like curvaceous shape. He is fitted with all the mod-cons which a Robot could possibly need – a dial pad, an electronic extendable arm, and an antennae, no doubt for receiving commands, yet his body is somewhat roughshod in its construction, with sheets of metal pinned like a patchwork into one metal whole.

Why I situated him on the surface of a planet was, I believe (and I’m thinking back 6 years now) in order to give the work a futuristic appearance. That same old pipe dream that we, as a human race, have had for generations, of sometime being able to inhabit other planets and meet their alien countryfolk. However, inspiration is so often subconscious, and I think somewhere in my mind I must have called upon the robot character who caused such troubles for animated characters Wallace and Gromit in the whimsical short film, A Grand Day Out, which was of course the first forray of creators Aardman into this now highly successful animated franchise. 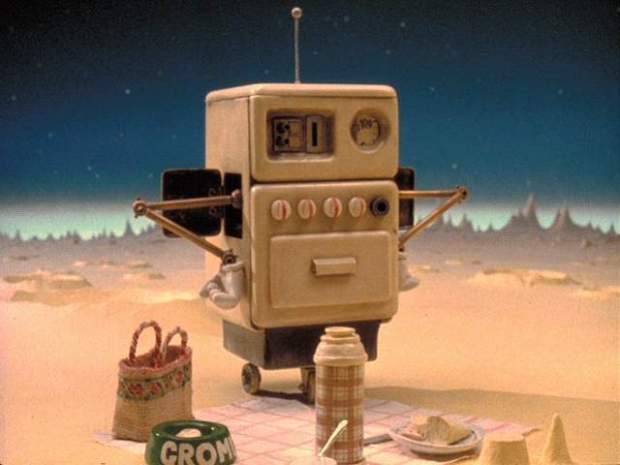 Still from "A Grand Day Out" by Aardman

A Grand Day Out is a fantastic film, in which the characters Wallace and Gromit, obsessed with cheese and biscuits, decide to head off on a day trip to the moon which is commonly believed in legend and fairy tales to be made of cheese. Building their own rocket, they manage the excursion and once on the moon start setting up their picnic so that, with Jacob’s crackers in tow, they can sample the stalagmite rippled surface of the moon. In the meantime an angry resident robot discovers their picnic and, perturbed, starts cleaning it up while glueing a sampled stalagmite from the moon’s surface back together again… that is until he runs out of credit provided by a coin slot and stops in his tracks. The film is quirky, original and a firm family favourite when it’s inevitably shown on TV every Christmas and/or Easter. 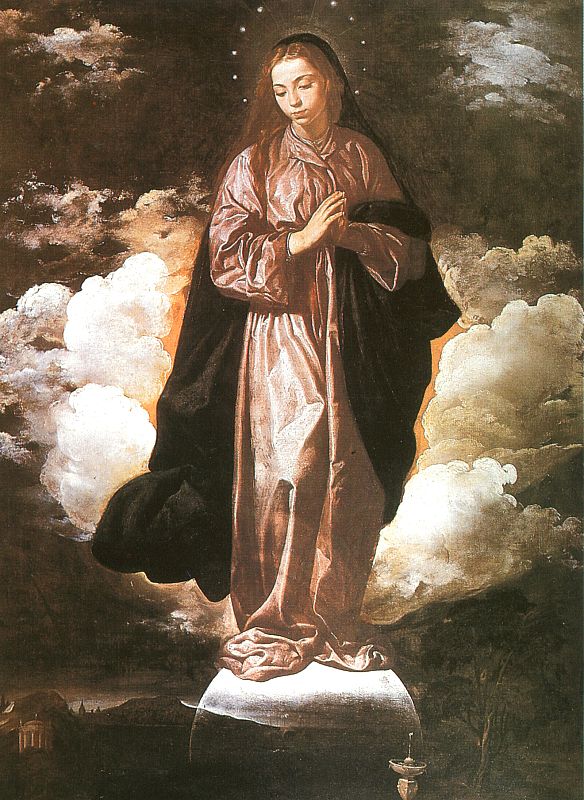 The Immaculate Conception by Diego Velazquez 1618-19 (courtesy of the National Gallery, London)

In the meantime, when I saw this painting by the Spanish supremo, Diego Velazquez on TV the other day, something in my rather perverse artistic mind made me think of my Robot Norm. To clarify, I am not comparing this man-made Norm to the virginal purity of the Virgin Mary, but stood on the surface of the moon, emerging into the firmament with stars around her head, the Virgin Mary is depicted as though the heroin of a science-fiction spectacular. The image certainly demonstrates the extent of Velazquez’s creativity painting in the 1600s. I’m not sure they even knew the Earth was round then did they?

The work, titled The Immaculate Conception, can be found in  London’s National Gallery, which just goes to show what a phenomenal collection is held by the National, quite asides from all the hype surrounding the recent Da Vinci show. It depicts the established Catholic doctrine that the Virgin Mary was herself conceived without a stain of original sin, thus justifying her role in the immaculate conception and birth of Jesus Christ. The image apparently stems from the bible – Revelations 12:1-4 and 14 to be precise, in which the author Saint John the Evangelist has a vision of Mary, standing on the moon with a crown of stars. In fact Velazquez painted a companion work, depicting Saint John looking up at the vision. Here it is… 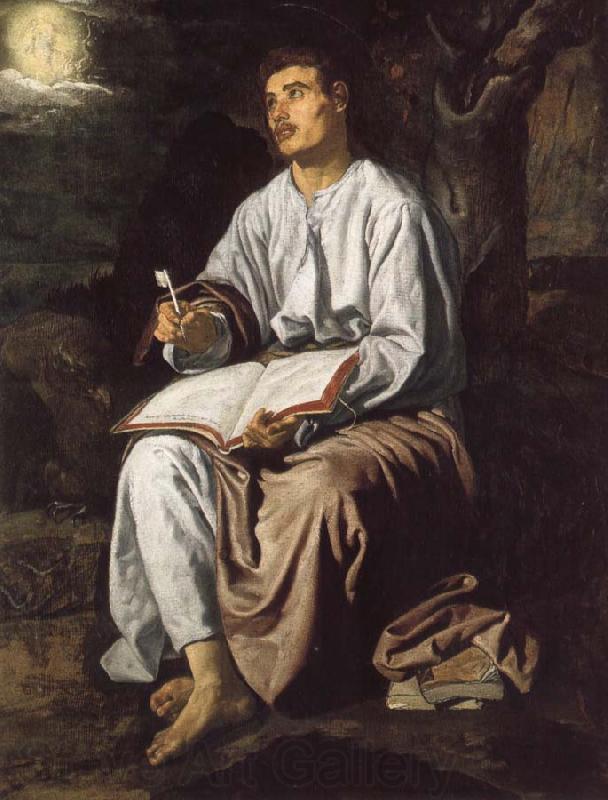 Saint John the Evangelist on the Island of Patmos, Velazquez, 1618 (National Gallery, London)

Amazing how I just managed to link Wallace and Gromit, a Robot Norm, and Velazquez all in the same post… I’m sure art critics all over the country would be gawping in shame! However, as ever, I continue to draw on both the influences of the old masters as well as contemporary culture in making art which hope is both original and enjoyable for all.