Corot and Degas – The Castel dell’Ovo in Art History 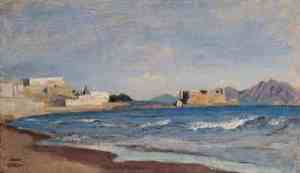 I’ve spoken before about the novelty of coincidence – when a chain of events leads you to discover things over and over, or when two apparently novel similarities inexplicably collide – and concluded that rather than being mere coincidence, such occurrences are probably the result of becoming cognisant to something you hadn’t noticed before, something which translates into all of the succession of sightings or experiences which follow. It might also be to do with environmental or social factors which all of a sudden affect more people than just yourself. Still, a little piece of me makes me wonder whether such occurrences are in fact the work of fate, and disguise some hidden meaning or key to the future – we will probably never know.

But one little coincidence which happened the other day seemed so relevant to my current string of Naples posts that I felt compelled to share it, not least because it comes with a little art added in for good measure. I didn’t know Naples very well before my most recent visit, and still less the coastal areas of the city which I had never experienced before. It was therefore with some unbridled delight that I recently discovered the stunning seaside promenade, with the beautiful Castel dell’Ovo and its little marina which is surely the centrepiece of the famous curving coastal bay. 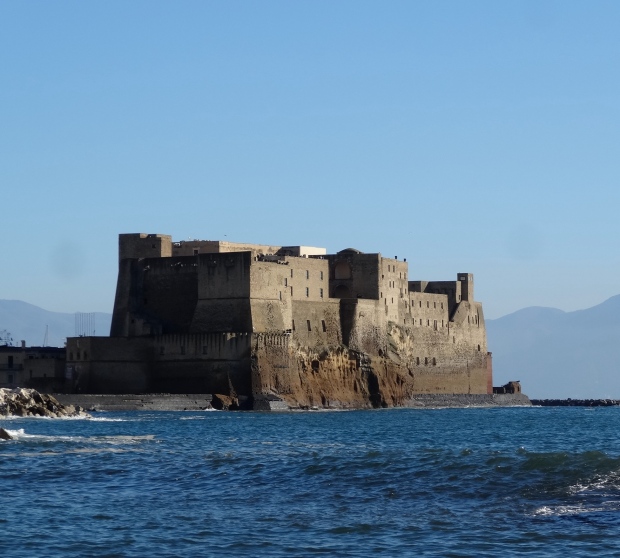 Imagine my surprise then when, upon my return, I strolled into London’s National Gallery one lunch time (as I often do) to spend a brief 10 minutes or so amongst some of my favourite Impressionist masterpieces, and discovered a new Degas painting which I hadn’t seen there before. The work, entitled Hélène Rouart in her Father’s Study is a rather striking portrait of the named Hélène – so far no coincidence there. But because Hélène was allegedly the daughter of a rich collector, Monsieur Rouart, what stands out in the work is the array of antiques and fine art which Degas portrays in the background. Amongst them he paints a small little painting, almost indecipherable because of his loose brushstrokes, but nonetheless unmistakably a coastal landscape. Looking at the description to find out more was when the penny dropped – it was a painting of the Castel dell’Ovo by Jean-Baptiste-Camille Corot!

Allegedly the work had hung in the study of Hélène’s father where the portrait is set, and upon subsequent investigation, I have found an image of the painting in all its glory. It’s the Castel dell’Ovo for sure, looking almost unchanged despite being painted some 200 years ago when, in 1828, the French artist spent some seven weeks in Naples and its surroundings painting some 6 recorded views of the city. 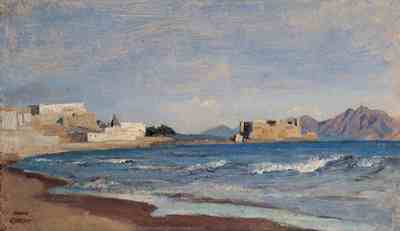 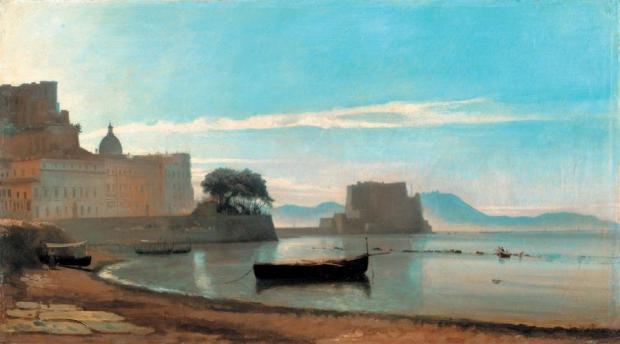 And another painting by Corot of the same view

So was it my new acquaintance with the Castel dell’Ovo which made me notice this new Degas, and through it a Corot depiction of the Castel dell’Ovo for the first time or some more fate-led coincidence? Who knows. But what I can conclude is that both paintings make for excellent lunchtime viewing and a perfect interlude to my blog’s adventures in Napoli. 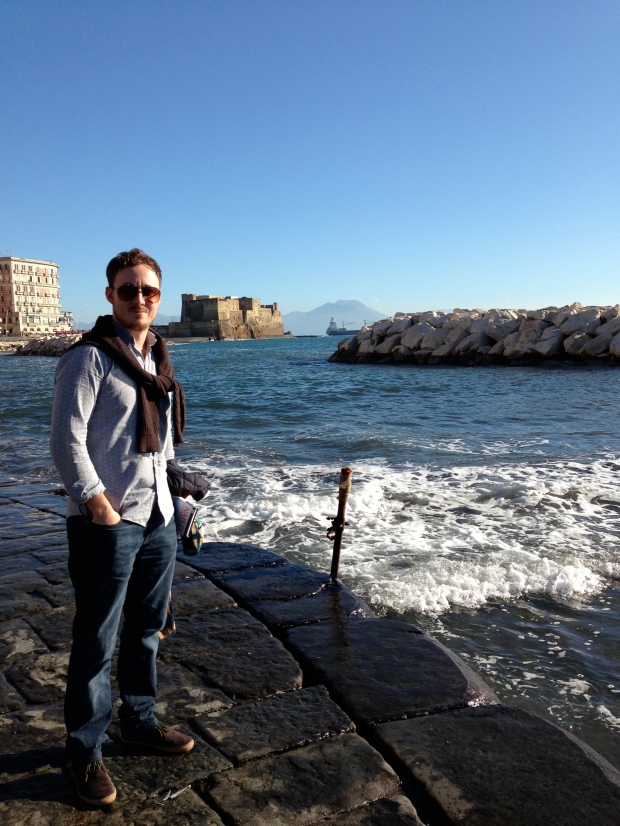