OK so I’m a bit slow on the uptake it seems. Quite a few weeks ago, I was thrilled when one of my favourite bloggers, Becoming Madame, told me that she had nominated me for a Versatile Blogger Award. Assuming that a nomination meant that I would then receive some sort of golden invitation to a red carpet award ceremony at which I would have to nervously await the outcome of the award and have a long speech full of tearful drivel planned, I didn’t actually realise until about 3 days ago that when you are nominated for a VBA, you win one! Superb! So it’s an even bigger thanks to the wonderful Madame of Paris for her nomination, and a big apology that I have been so slow on the uptake! I have subsequently gathered from the VBA wordpress site  that when you receive a VBA nomination, there are various rules to be followed. The first I have already ticked, by thanking the wonderful Becoming Madame for her gracious nomination – all the more appreciated because my blog was still a wee baby when she nominated me.

Secondly I am required to give 7 facts about me. So here goes:

1. Asides from being an artist, I am a qualified barrister of the England and Wales Bar – quite different from my artistic pursuits, but ever an important part of my life nevertheless.

2. If it wasn’t already obvious from the content of my blog, my favourite city in all the world is Paris (luckily accessible from my home city of London), and my favourite country is easily Spain.

3. I had a brush with celebrity when I starred as a candidate of the fourth UK series of the mega-popular The Apprentice in which 16 candidates (including me) compete viciously for a job with entrepreneur Lord Alan Sugar. It was complete madness at the time – front page of the papers, in all the magazines, and weekly audiences of 7 million. Shame I didn’t get very far… (or perhaps not)

4. My favourite artist of all time is Salvador Dali – his surrealist works are all masterpieces with an incredible technical command and endless imagination.

5. If I could go back and do it all again, I’d probably do better at maths so I could become an architect.

6. My favourite local place to hang out is the Dolly Sisters cafe in Selfridges, London… although their prices do come at a premium.

7. My favourite day of the week is Sunday when I play jazz (usually French), cook extravagant sunday roasts and spend the afternoon reading the Sunday Times.

So there you have it… a bit more about me, and now more about you. My top 15 blogs of the moment (and thus those who will, in turn, be nominated for a VBA) are:

and of course my nominator herself…

For those of you I haven’t nominated, please don’t feel sidelined in anyway… I follow a LOT of blogs and there’s some really great stuff out there, but the above are just those which have captured my imagination recently.

So there we have it. Many thanks again Becoming Madame for the award. And since we’re sharing a bit more about each other on this VBA, I leave you with a 2004 self portrait of me.

Have a great weekend 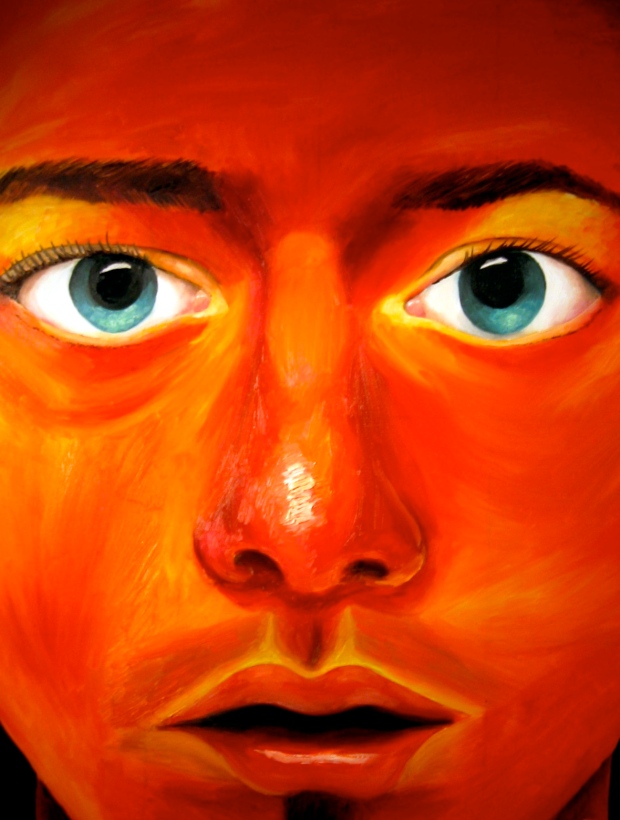