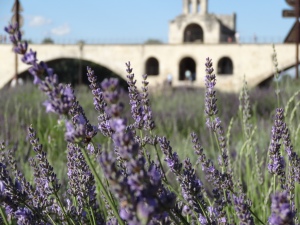 It was one of those mornings which you would like to lock up in an alarm clock to be projected outwards at the start of each day. Awakening to find not the dark groggy skies of an English summer, but the bright blue cerulean sparkle that can only be found in a Mediterranean sky, early sun streaming through the window, broken only by the shadow of a fresh-smelling pine tree standing quite still in the street outside, and the sound of birds and the awakening bustle of nearby cafes filling the air. To this slice of heaven we awoke on our first proper morning in the beautiful city of Avignon in Southern France, an optimism buoyed in the ultimately satisfying knowledge that this was our first full day of a holiday that would extend for another week and a day.

The brilliancy of the light made waking so easy, and I was soon up, capturing the view in watercolour in my newly purchased notebook. Yet before long, hunger came knocking, and strolling the brief 100 metres or so out to the Place de l’Horloge just outside the hotel, we picked one of many cafes in which to sit and order a petit dejeuner – breakfast which came handily in a pre-determined formular of fresh crunchy baguette, buttery croissants, sweet sticky confiture, jus d’orange and of course, a frothy thick coffee – and all a mere snip at 6 euros each. We very soon thought the better of our initial English naivety at making straight for the sun, skipping to a table in the shade away from the already intense morning heat (the nearby temperature gauge said it all), and there enjoying the simplicity of this very French breakfast, we watched this now sleepy great town wind slowly back into life. 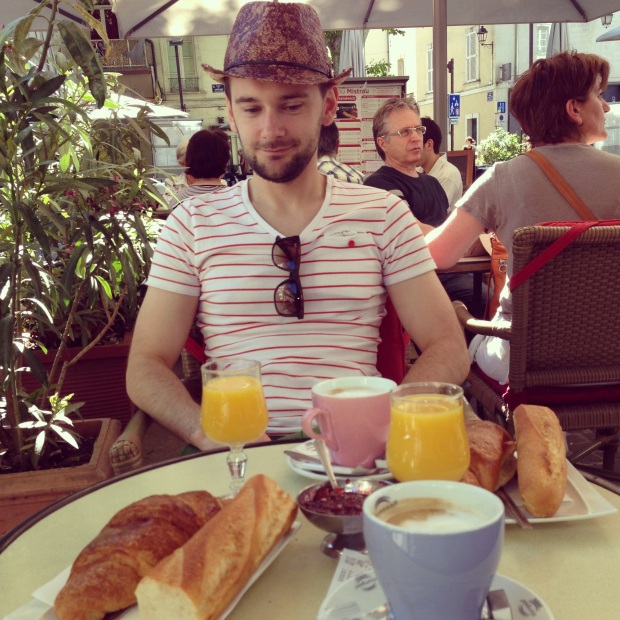 Hotting up for the morning

A whole day in Avignon meant that two inevitable bastions of the city needed to be covered: the Papal Palace and the world-renowned Pont d’Avignon itself, although our initial stroll en route took us past a small park set within the ruins of an old medieval church, its trees and fragrant flowers bursting with such piquant colour against the blue sky that you would swear that our eyes had been somehow tricked into seeing light through an almost fictionalised lens. Yet these photos do no injustice to the clarity of that colour, and the beauty of the floral path which led us steadily towards the vast Papal palace that dominates Avignon. 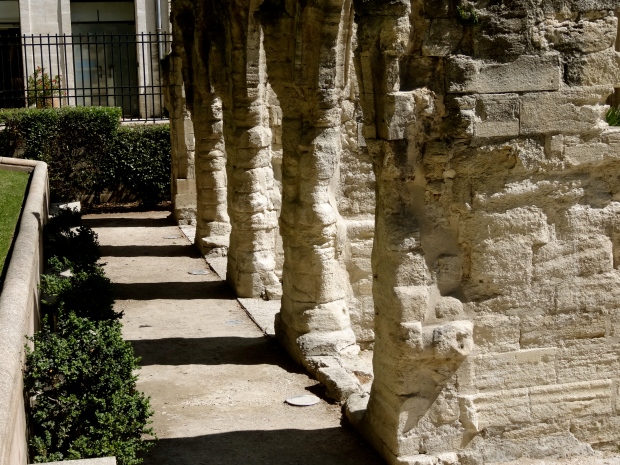 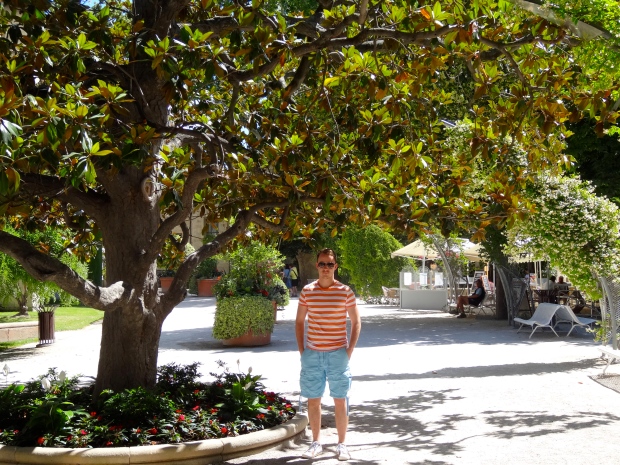 I said something of the Papal palace in yesterday’s post – a vast complex built by some 9 successive Popes when they swapped a tumultuous Rome for the comparative tranquility of Avignon back in the 13th Century. But today we ventured inside, and only then could we properly appreciate the vast scale of this Papal compound, whose very rooms were so large that one barely noticed the multitude of tourists flooding through its gates, and its courtyards so voluminous that an entire temporary auditorium had been set up within its four walls. 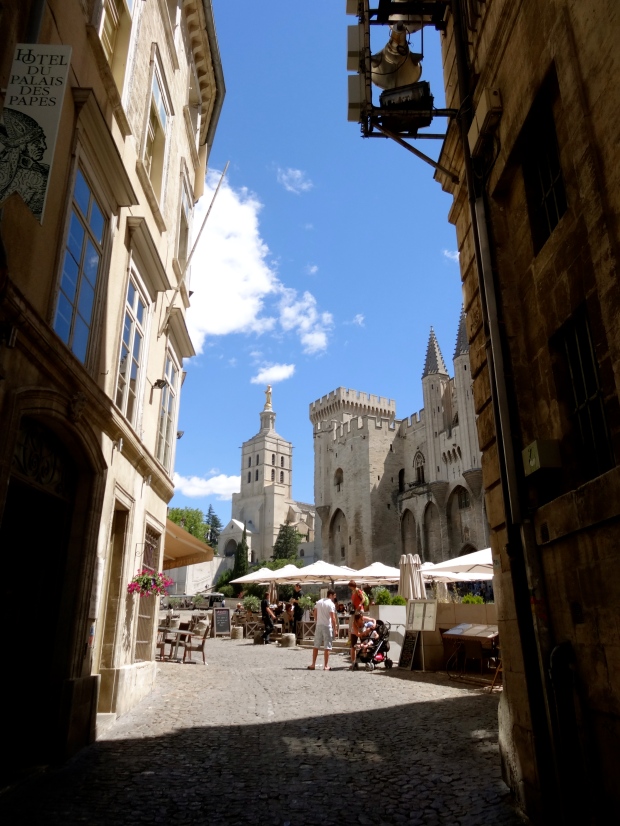 The inside of the Palace, while now empty, was a sight to behold, and the informative exhibits gave us a captivating history lesson both of the Papal heritage of Avignon, but also of how the palace slowly developed to become the mammoth structure which stands today. However, far from embracing the past, Avignon showed itself to be every bit the cultural leader for which the town has developed a worldwide renown (Avignon hosts a comprehensive cultural festival every July – sadly we just missed it), by daring to incorporate within these hallowed walls an exhibition (Les Papesses) of very modern sculpture, including the likes of Louise Bourgeois (famous for producing large spider sculptures), Camille Claudel, Kiki Smith, Jana Serbak and Berlinde de Bruyckere. Some of the sculptures were a little raw, somewhat gruesome for some tastes, particularly de Bruyckere’s rather ghastly corpse-like forms, but I loved the playfullness of the huge pile of duvets, the oversized glass marbles and of course the Bourgeois spider. 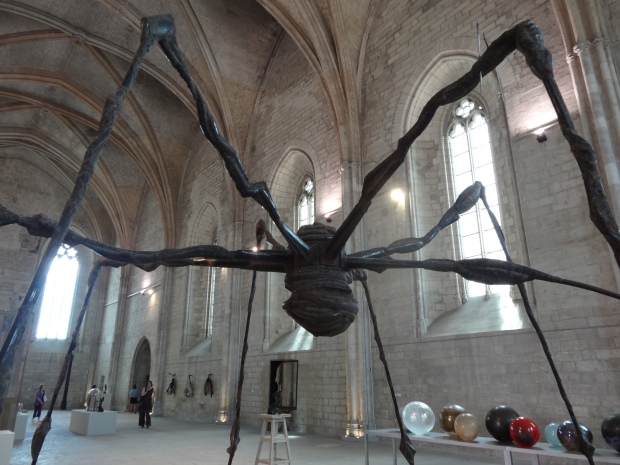 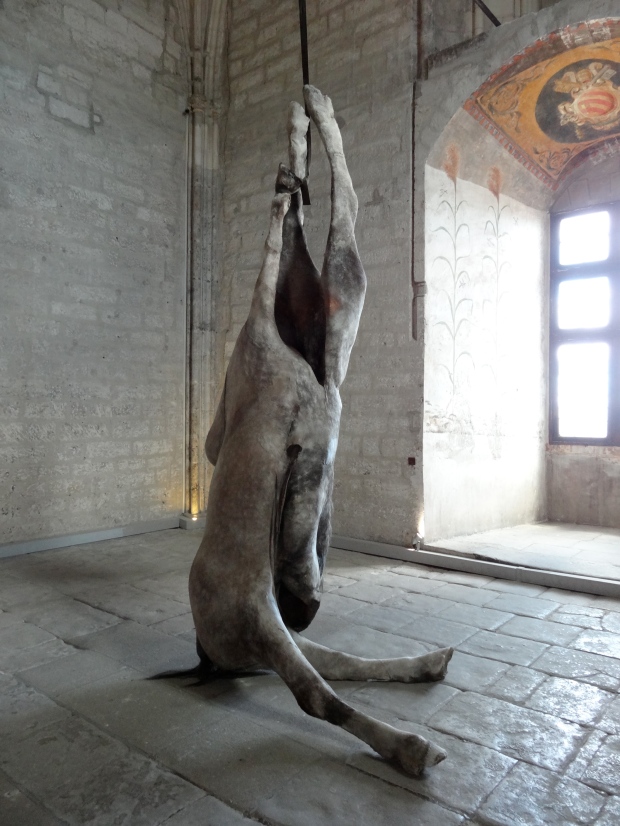 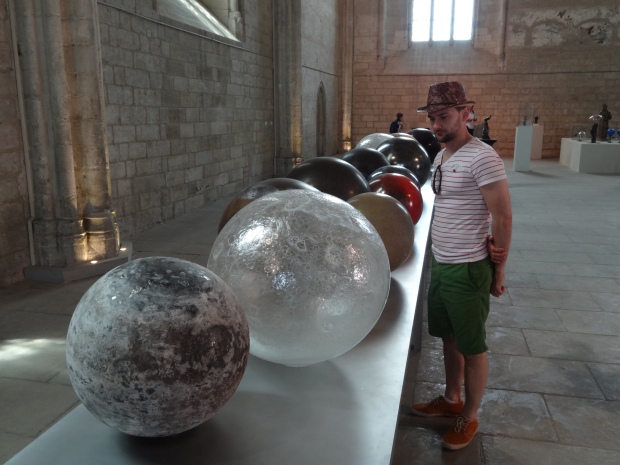 Having taken in a drink and the admirable views from the palace’s roof-top terrace, we headed back down to earth, retreating into the maze like streets that surround the Papal complex like a silk wrap, and into one such street settled down on the charming rather chic little terrace of Au Vent d’Agnes (4 rue Saboly – Tel 04 32 76 26 45) for a couple of super fresh salads: mine was a caprese salad with a modern twist of basil mousse – quite superb and washed down so satisfyingly with an ice cold glass of local white vin. As we were in the area, we skipped dessert, heading instead for the Musée Angladon which, thanks to the generosity of its founding family collectors contains the only Van Gogh to be found in all of Provence (despite his completing so many hundreds of canvases during his year or so here) as well as an impressive collection of Impressionist and post-Impressionist masters, with Manet, Degas, Sisley, Cezanne and Modigliani amongst their number. 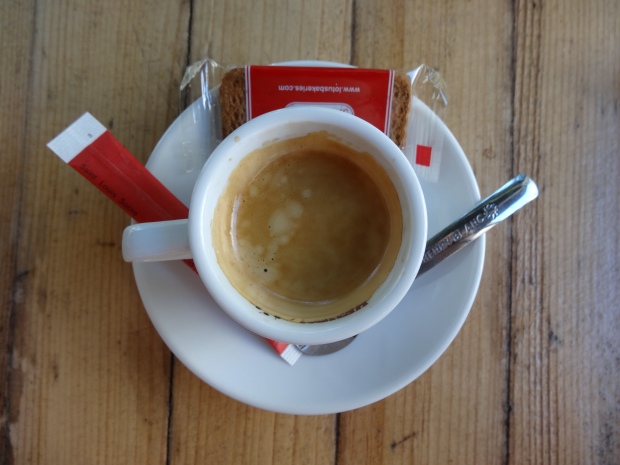 The Pont d’Avignon is actually called the Pont St Bénézet, named after the shepherd boy who supposedly commanded angels to build the original bridge on this site across the River Rhône. Yet today, it is not only the bridge’s name which has fallen out of use: The bridge itself was catastrophically damaged in the 17th century, as the majority of its arches were swept away in a flood in 1669, and the bridge fell into disrepair, leaving only the four arches which remain standing today. But of course, today, it is no doubt the city’s greatest pull: that is until you get here and realise that Avignon has so, so much more to offer in terms of charm and beauty than this old crumbled relic, but a visit to the city would not, of course, be complete without a stroll along its remaining length. Just be sure to buy a combined ticket for both the bridge and the Papal palace if you follow our lead and head to this wonderful city – for a visit to the bridge is worth very little of the full admission fare charged. 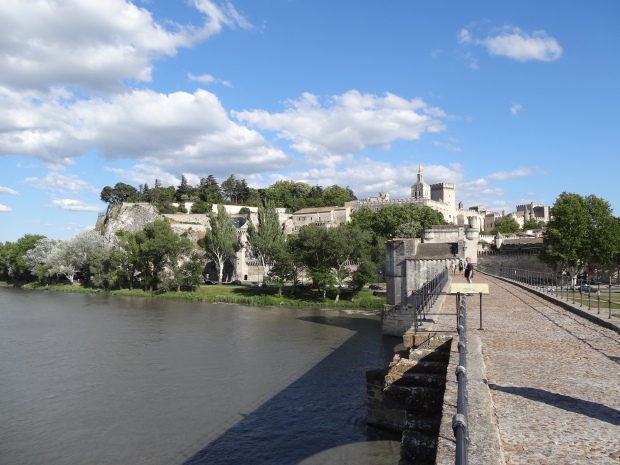 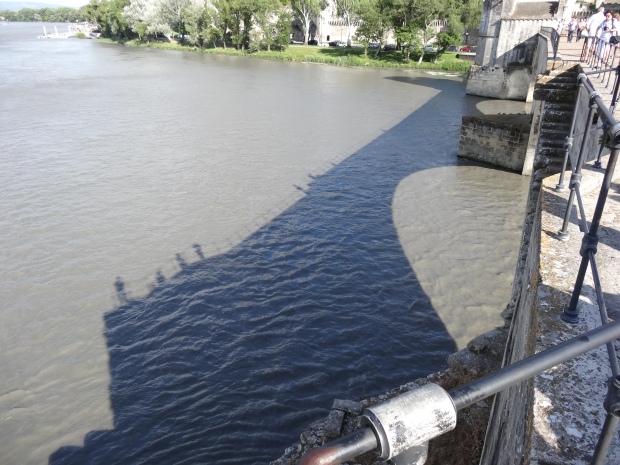 What a day, what a city: Avignon was the huge surprise of our trip – because what was planned as merely a station stop on our train journey south had actually been the source of cultural and historical inspiration and an all round feast of visual and sensual delights. Of course that’s not where Avignon ended for us. We spent the remainder of the day strolling through the lavender planted before the famous bridge, to then smelling the lavender sachets and soaps aplenty which pack the ample selection of souvenir shops nearby. And then of course there was the wonderful dinner we ate that night… But more on that another time.