The Queen: Art and Image – at the National Portrait Gallery

You can’t blame the National Portrait Gallery for cashing in on HRH Queen Elizabeth this year. Since her Diamond Jubilee celebrations at the beginning of this month, the popularity of the Queen has been at an all time high – in fact over  90% of those recently polled stated that they were satisfied with the Queen, figures which represent the significant surge of support which is now felt for the Royals in England. In the meantime, tourist numbers lingering outside Buckingham Palace, visiting Windsor Castle, and pouring into souvenir shops all over London have soared . So adding an exhibition of portraits of the Queen into the mix seems like an obvious choice, not least because, having been the subject of at least one official portrait in every of her reign, as well as the subject of numerous photographs and unofficial tributes, there are so many portraits to choose from! 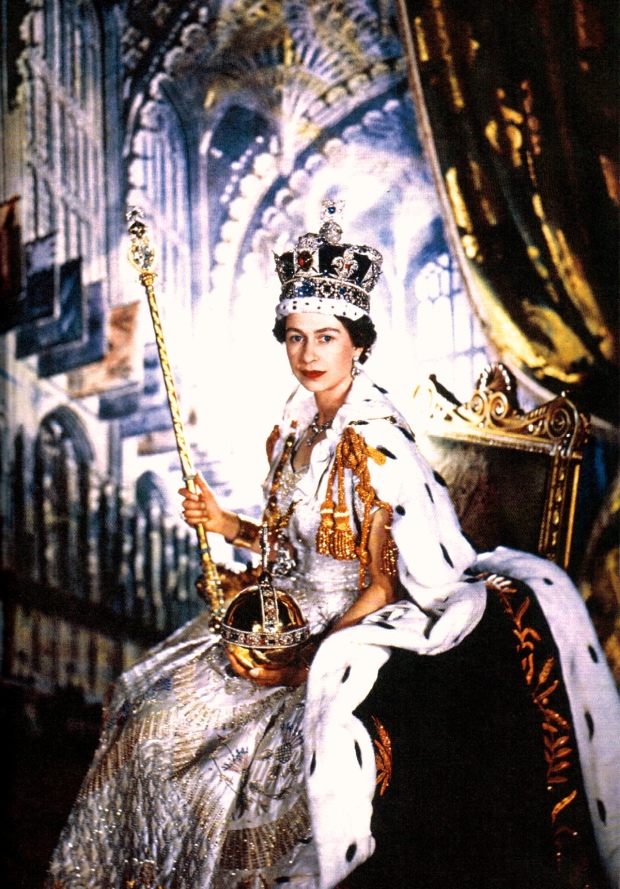 I therefore went along to the NPG’s exhibition, The Queen: Art & Image today expecting 60 official portraits lined up, each recognising a gradual change in the Queen’s image, from glamourous young Queen in her 20s, to the Nation’s favourite grandmother. However to my surprise, the exhibition was a little light on the official portraits. In fact it was a little light on paintings altogether, instead concentrating on the Queen’s image, as masterminded  by officials, and seen through the lens of the paparazzi, captured on camera. That is not to say that the exhibition was not historically narrative and collectively interesting.

The show begins and ends with the masterful 3D works of Chris Levine, Lightness of Being and Equanimity. These have to be amongst my favourite portraits of the Queen. The way they are mastered – a print on a lightbox, multilayered so that the Queen’s posture changes as you move around the work, is startlingly realistic. It has never been so possible to feel as though you are meeting the Queen, when in reality such an opportunity is stored away in a box of other pipe dreams such as the big retirement mansion and everlasting fame. Every wrinkle is there to see, but unlike the horrendous portrait by Lucian Freud, also included in the show, the portrait is truthful and yet still utterly glamorous, not least Lightness of Being which captures the Queen, eyes briefly closed, in white ermine, white pearls, and her glittering crown. Even her hair glimmers with a silver sheen rather than dull grey.

From this impressive start, the exhibition heads back to the 1950s and thus begins a chronological exploration of the Queen’s changing image and public portrayal. I suppose thinking about it, a load of official portraits would have always been a little contrived, as artists seek to flatter and do deference in the employ of this almost supernaturally important sitter, while photographs capture the Queen as a real person, a loving mother, happy relaxed tourist and here, in the 1950s section, as a glamourous, almost Hollywood worthy young Monarch, with a perfect figure and natural celebrity smile.

It is from this point that we begin to see the Queen mature from glamorous young starlet into a rounded family woman, but one who had to bare the full weight of the royal responsibility of her solitary role, as many of the portraits demonstrate. Through the 60s and 70s, her posture becomes more official, and her stride seems more confident and self-assured. Still, moments of rare relaxation, such as the Queen laughing on the decks of her beloved Yacht Britannia are captured during this period, which was probably the last decade of uninhibited happiness before the traumas of the future descended upon her. 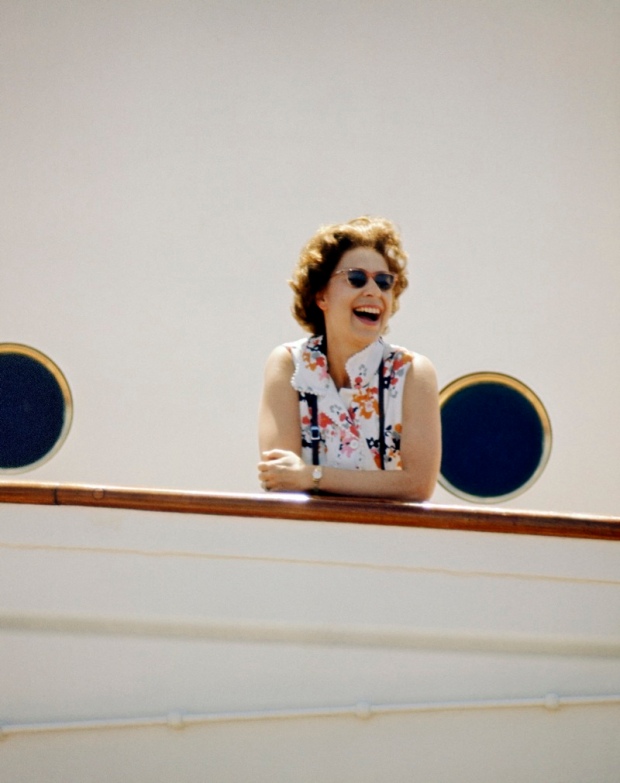 Moving into the 1980s, you see the Queen fall into the shadow of Princess Diana, the attention of the public transferring to this more volatile of characters. In the meantime the Sex Pistols released a single, God Save the Queen, with controversial lyrics suggesting the Queen belonged to a “fascist regime” (the artwork for which is included in the exhibition), Gilbert and George betrayed the Queen and Prince Philip in the shape of the “cross potent” (a symbol of the Austrian Fascist party) and Andy Warhol hinted at the superficiality of the Queen in his series of lithographs of the Queen painted as part of his fixation on the cult of celebrity. Onto the 90s, when most of the Queen’s children’s marriages fell apart and her beloved Windsor Castle sustained severe fire damage. While who could have predicted the shock of the late 90s, when Princess Diana tragically died, and the Queen fell victim to a media hunt as the papers decried her failure to show her face in the immediate aftermath. The turbulence of the period is captured by the exhibition, and it is perhaps appropriate that Lucian Freud’s portrait, the ugliest of the them all, is hung at the end of this period. 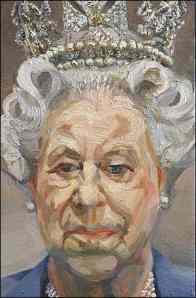 Onto the new millennium, where things get good again. The popularity of the Queen surges, and the portraits of the Queen become more respectful, portraying the Queen as a genuine person, a consistent and beloved figurehead, and a cherished icon of not only the nation, but the world. Here hangs another of my favourites and one of the most recent portraits by Thomas Struth, commissioned especially for the Diamond Jubilee. The photograph, which features Prince Phillip and the Queen slightly off centre, sat relaxed on a green, rather elaborate sofa, is delightfully accessible, like a family portrait – you can see every vein, every wrinkle of both sitters, suggesting a warm, human aspect, which is always surprising in those who seem so inaccessible. I also love the portrait for demonstrating the bond between Phillip and the Queen, who sit fairly formally, but who are nevertheless the clear support of one another, forming a single union with a bond which is clear for all to see. 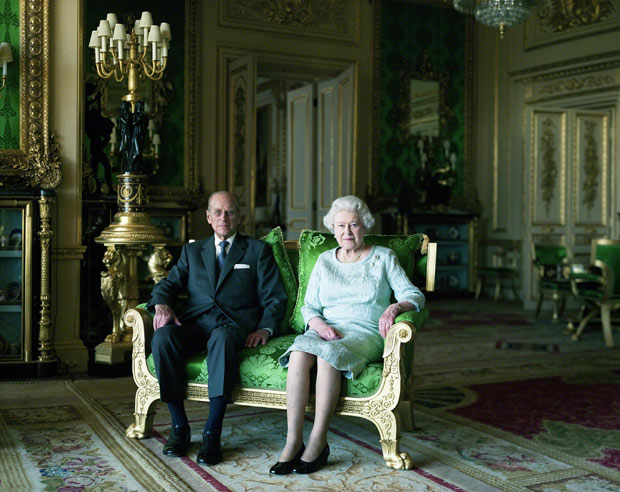 I loved too this portrait by Annie Leibovitz (2007) which, with its solitary and dramatic background, and with the Queen dressed in a cloak, references the paintings by Annigoni, and photographs by Cecil Beaton placed at the beginning of the show. And thus, as the exhibition ends, the portraits come full circle, as we see a Queen as much loved now, as then, a Queen who inspires in us all a deep sense of reverence and respect, and for we British, is someone of whom we can be resolutely proud.

The Queen: Art & Image is on at the National Portrait Gallery until 21 October 2012.