Last summer on this blog I wrote to tell you all about my secret urban paradise – the little balcony garden which runs alongside my South London flat and which has slowly metamorphosed into my own slice of the Mediterranean. Well one year later, this Elysium of urban-imported Andalucian countryside is as healthy and abundant as ever and surely worth another post. For this year, my balcony’s abundance is all the more worth celebrating for England suffered from what was one of the coldest and longest winters on record. Even in April, while I was luckily ambling along the warm cerulean beach at Pollença in Mallorca, they had snow back in the UK. These conditions my balcony disliked. Grumpily my plants began to waken from their interrupted, uncomfortable winter’s slumber, but some, like my vast tropical centrepiece – the bell flowered brugmansia – were stubborn until the very last. Having lost all of its leaves in the cold, I almost gave up hope of the plant ever recovering when in June still no shoots had been forthcoming. 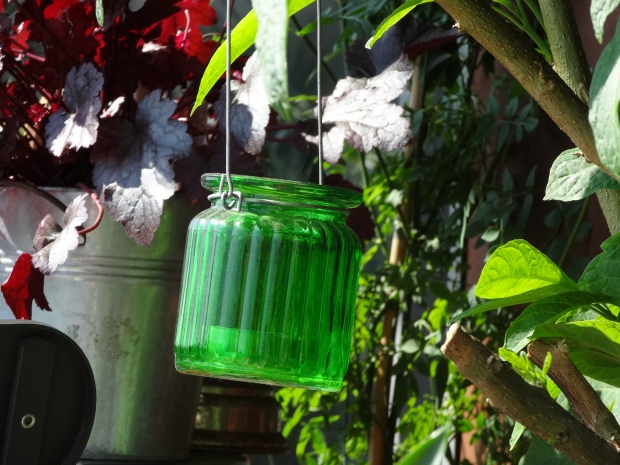 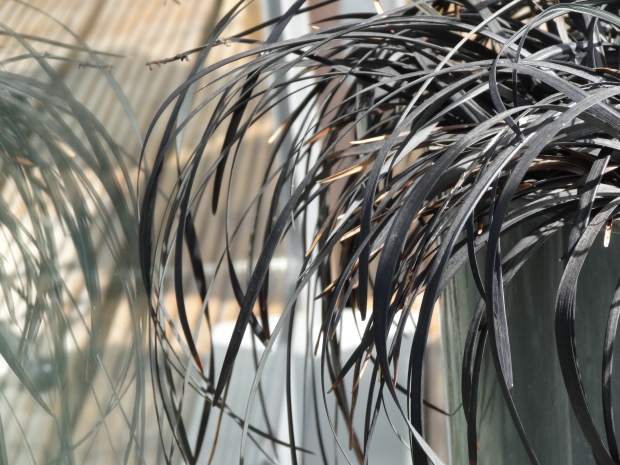 Yet a month later the brugmansia, like the other plants on the balcony, is flourishing. This Mediterranean paradise is tightly designed in shades of black and red to match the interior design of my apartment, but is nonetheless allowed to expand autonomously, thus creating an ever cosier garden space. This year we have imported a fragrant jasmine to remind us of those paradisal nights in my family home in Marbella, where the sweet-smelling perfume is almost overwhelming. That joins the Palms, the wild Passion flower, the abundant olive trees and the vivid and voluptuous red geraniums to make this small balcony space perfectly reminiscent of a slice of Southern Spain, yet with contemporary touches suitable for London brought by black grasses, blood red lilies and other wine-coloured foliage.

My urban balcony garden really is my pride and joy, and this year I’m celebrating its success more than ever.