Readers of The Daily Norm cannot fail to realise that I love ripples and reflections in water. I became obsessed with them, rather appropriately, in Venice over Christmas, where the image of the city reflected into water is almost as beautiful as the city above water. I was likewise enamoured by the sun-drenched ripples of the Mediterranean caught in a moment of watery transience in the old port of Dell’Ovo in Naples. This Italian double whammy inspired a couple of gouache ripple paintings, one of which I sold at my recent solo art exhibition in London’s Strand Gallery. I also made two woodcut prints inspired by the ripples of both Venice, and Naples. Then, when I was in Spain in April, I went ripple hunting again, finding that the Spanish Mediterranean in the ports of Marbella was in no shortage of stunning watery wonders.

So it will be of no surprise that on my recent trip to Dubrovnik, I went in search of some more abstract images framed in an instance of moving water, finding stunning examples of reflection not only in the city’s old port amongst the fishing boats and tourist vessels, but also in the crystal clear cerulean blue sea, and even in the elegant old fountains at the heart of the city. 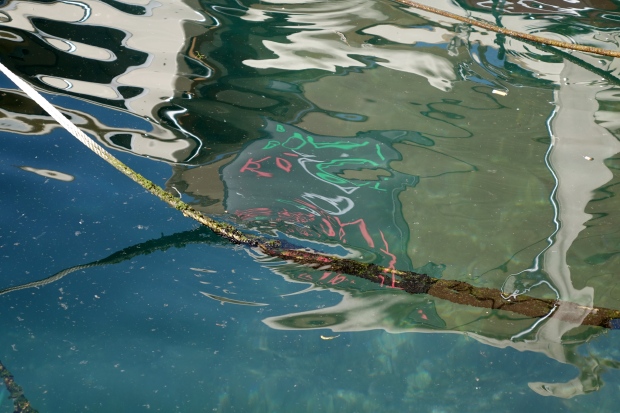 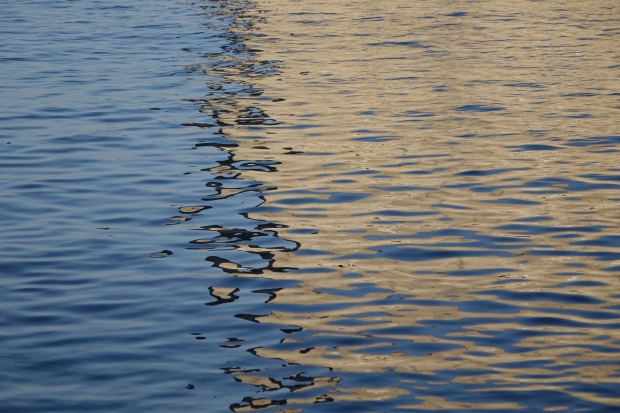 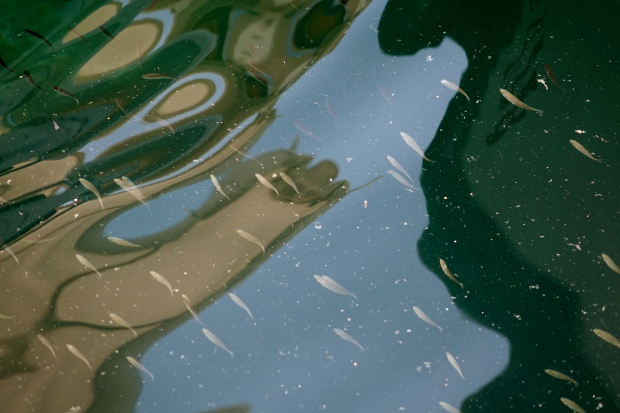 The resulting photos are a treasure trove of colourful ripples with characteristic sights of the city mixed in. I love my photo of the waters in the old port for instance, where the golden walls of the city are perfectly reflected alongside the blue of the water forming an image in reflection which is so abstract that it could be mistaken for something by Rothko. I also love those photos of ripples around the ancient rocks which surround the fortress city, filled with the magical atmosphere which these natural forms create. 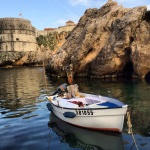 It seems almost appropriate that this further chapter in my portfolio of ripples should fall in the southern part of the Adriatic, the sea where my obsession with water first took hold, up in the colder Northern waters around Venice. I hope you like them.