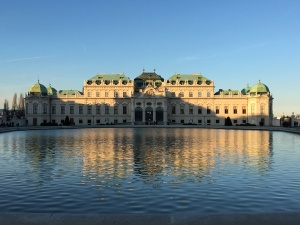 To say that there is a lot of art in Vienna is like saying there are a lot of paellas in Spain. The city literally lives, breathes and exudes art from its every corner and facet. Everywhere you go, large posters advertise the latest sensational exhibition appearing at the Leopold, or the Albertina, while inside the Belvedere and the Kunsthistoriches museums, some of the most famous paintings ever known to the history of art happily reside. We were literally astonished by the wealth of art contained within a small central core of the city, and by the end of our trip were rendered utterly exhausted by the amount of art we saw. But we were all the more fulfilled as a result.

If I were to reproduce a photo of all the paintings we saw in permanent collections and temporary shows alike, the single blog post resulting would probably keep you scrolling downwards for a lifetime. Rather than do that therefore, I wanted to focus a little on the majestic buildings which host Vienna’s amassed artistic treasures, before showing you just a few of the works on show within them. 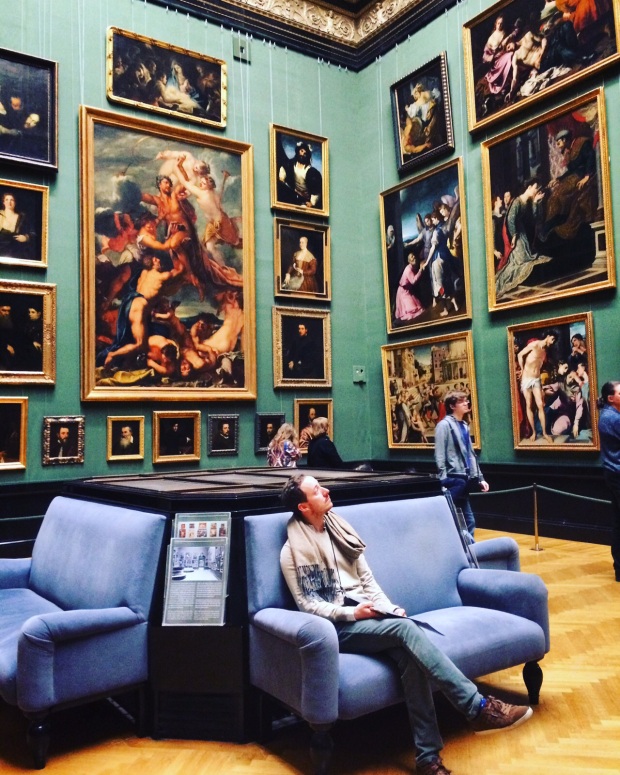 There was no missing the incredible grandeur of the building hosting the Kunsthistoriches Museum (The History of Art Museum), which sits opposite its domed twin – a duo of palaces built some 150 or so years ago upon the advent of the Ringstrasse. With an art collection mainly built up over successive generations of Hapsburg rule, and containing breathtaking masterpieces by the likes of Titian, Rembrandt, Caravaggio and Velazquez, it is no wonder that the museum is visited by more than 1.5 million people every year. But beyond the art on the walls, what is truly momentous is the building itself which, tailor-created especially to hold the very collection which graces the building today, is filled with every kind of creative lavishness, from murals to sculptures, friezes and reliefs, and chief amongst them all, some beautiful wall murals by Gustav Klimt himself.

Klimt murals in the main hallway of the Kunsthistoriches Museum 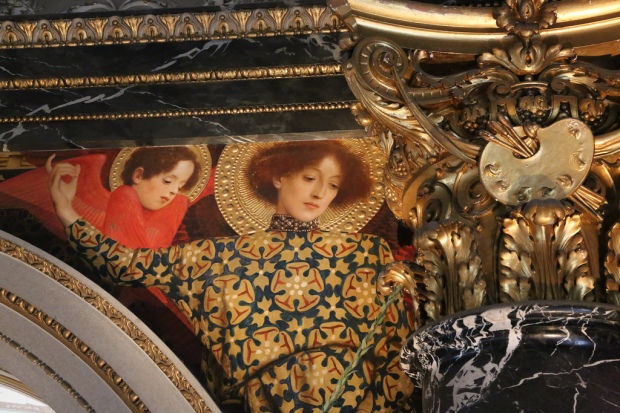 Klimt was of course to take centre stage across Vienna’s artistic offerings, not only in the galleries but in every manifestation of souvenir and guidebook. At the core of the city’s multifaceted Klimt showcase, his famous painting The Kiss lords over all the rest, glimmering with its multi-layered gold leaf in a long gallery on one side of the Upper Belvedere gallery. This equally spectacular palace is just one half of an iconic centre of art which offers exhibitions in both the Upper and Lower galleries and whose buildings are laced with all of the elaborate pomp intended by the original owner, Prince Eugene of Savoy, to evoke the magnificent of his various 17th century military successes. 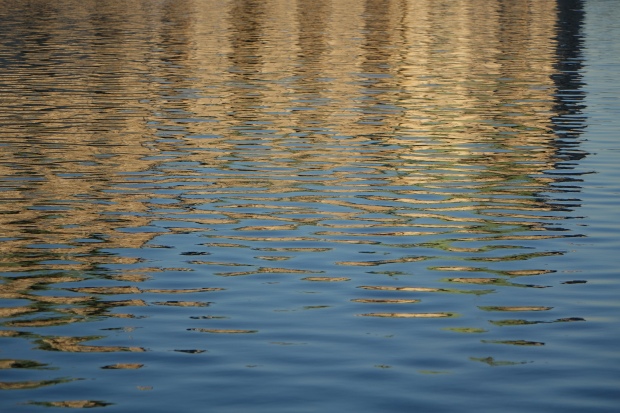 But back to the 20th century, and my favourite of all the Klimt spectacles is the Secession building, a glimmering gold spectacle of modernism constructed in the Jugendstil style as a showcase for the Secession movement’s artists, chief amongst whom was of course Klimt himself. And today, the star attraction is Klimt’s allegorical Beethoven Frieze, one of the most iconic of the artist’s works. 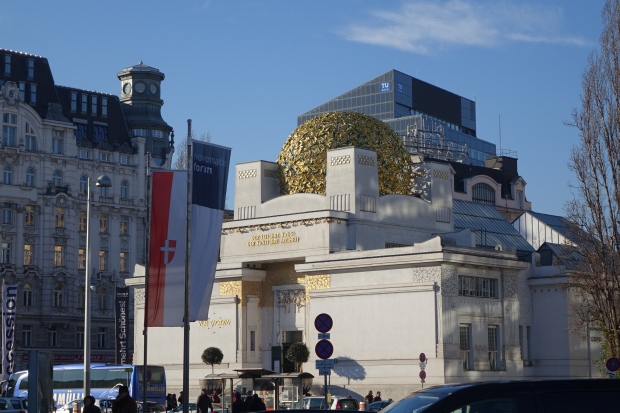 In all, during 4 days in the city of Vienna, we visited some 8 galleries, an equal number of permanent exhibitions and an additional 12 temporary exhibitions. The vast wealth of art on offer was simply mind blowing, from the ancient treasures of the Kunsthistoriches museum and the delicate 19th century works of the Belvedere, to the in depth studies of Klimt and Schiele in the Leopold museum, and the incredible collection of impressionist art in the Albertina. Below are just a few photos of the many artistic treasures we saw. Far too many to take in, but we made and enjoyed our every attempt.