Day two of our holiday in the beautiful Adriatic city of Split on the Croatian coast, and scandalously, it started cloudy. Panic stricken at the lack of blue skies, our first question to our hotel receptionist, after choosing a hearty dish of fresh pancakes for breakfast (a recurring gym-body busting pattern I might add) was to ask what we could do in such weather. For culture vultures like ourselves, she recommended the Muzeji Ivan Meštrović, that is the museum of the renowned Croatian sculptor, a fine cultural beacon in the city where he made his name.

The sun had actually come out again by the time we walked along Split’s sunny promenade and made it to the museum set within the lush leafy suburbs of the city. But just as well, or we might have missed out on enjoying the exteriors of the museum which are every bit as stunning as the inside. Surrounding the impressive facade of the perfectly imposing museum building (I tried to find out the history of the building… to me it looks like a fine palace from the Communist era, but it’s hard to tell exactly when it was built) were gardens bounteous in dancing lavender, aromatic pine trees, and a ground scattered with a bed of pine needles, and the best surprise of all, baby little tortoises! 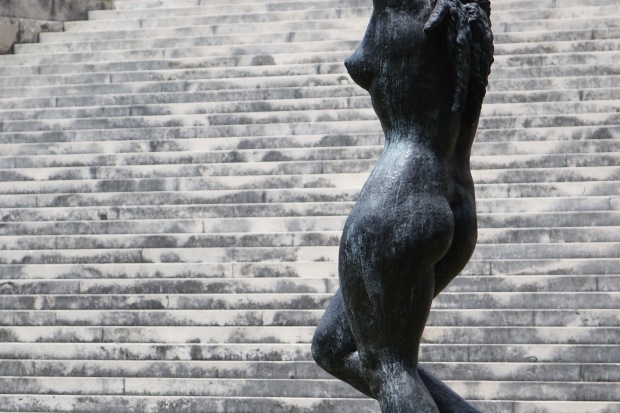 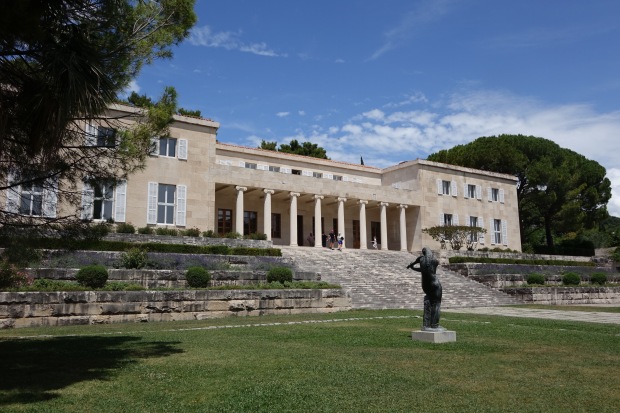 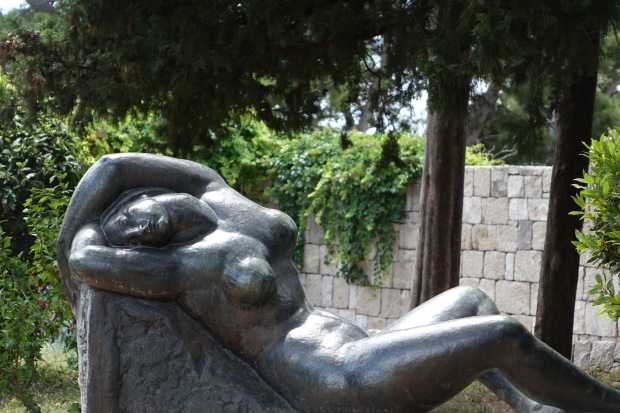 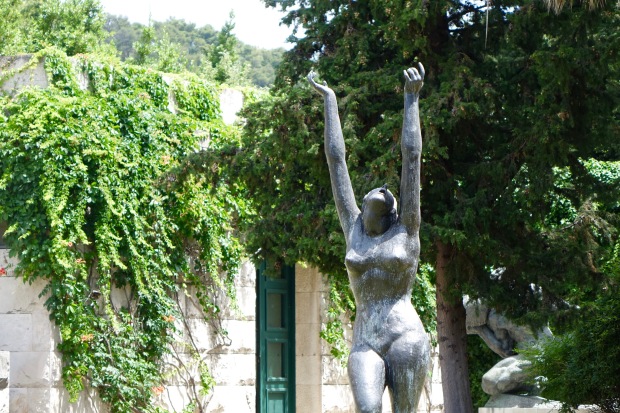 Much charmed by these garden residents, we almost forgot what we had come to see, however the various sculptures created by one of Croatia’s most renowned creatives led us up through the garden, and into the museum itself. Born in 1883 in the small village of Vrpolje, Meštrović completed his artistic training at the Academy of Fine Arts in Vienna, where he fell under the influence of the art nouveau era, and debuted in the first Secessionist exhibition.His work quickly became popular, even with the likes of Auguste Rodin who is reported to have declared Meštrović to be the greatest phenomenon among sculptors and, with characteristic modesty, an even greater sculptor than he was. This early popularity sewed the seeds of his career success, and the sculptor was soon exhibiting internationally as well as setting up home in the city of Split.

His success in the city was not enough to guarantee his safety during the Second World War, and after a brief spell in jail in order to prevent his escape from Croatia, Meštrović eventually secured himself a visa via friends in the Vatican and in Switzerland, emigrating to the US where he was to remain for the rest of his life, unwilling to live under communism. However upon his death he remembered his country, leaving a legacy of some 400 works to Croatia, many of which today form the collection of the Meštrović museum. 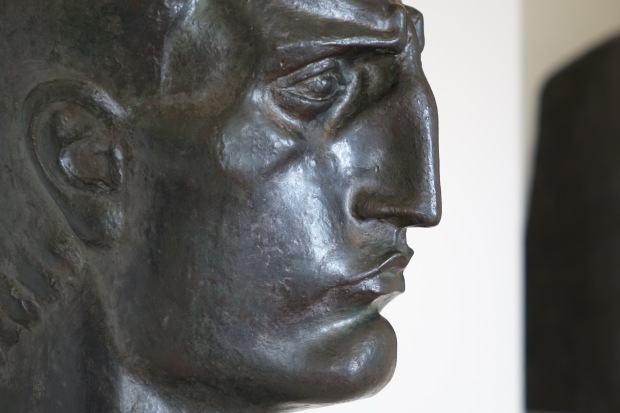 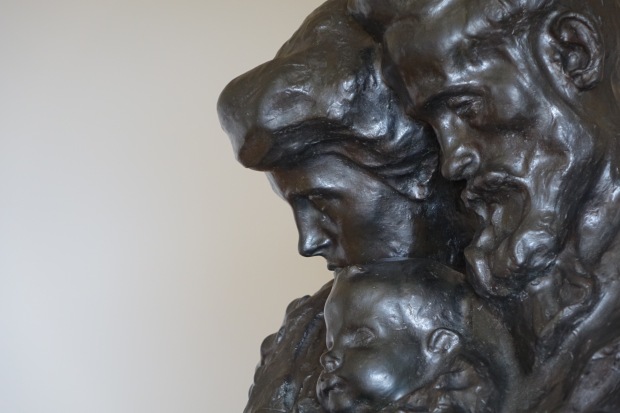 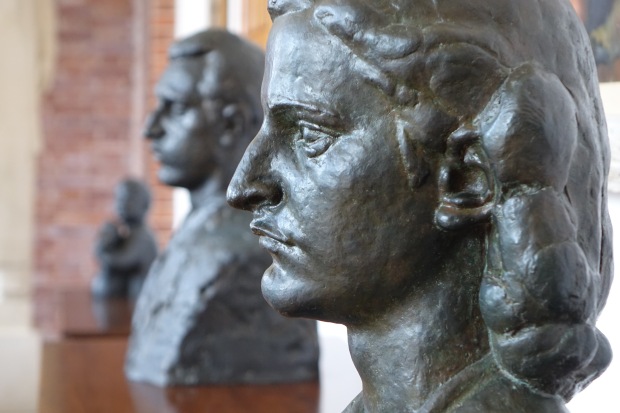 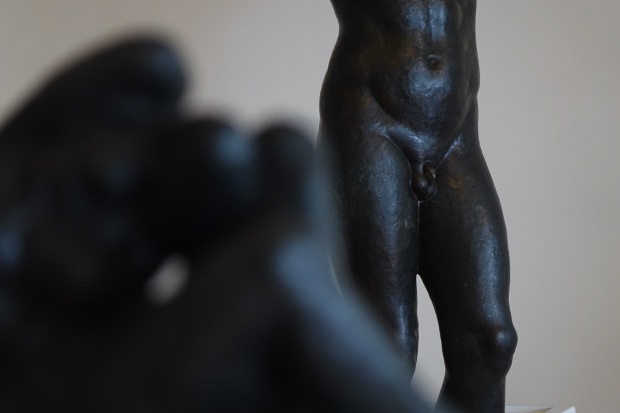 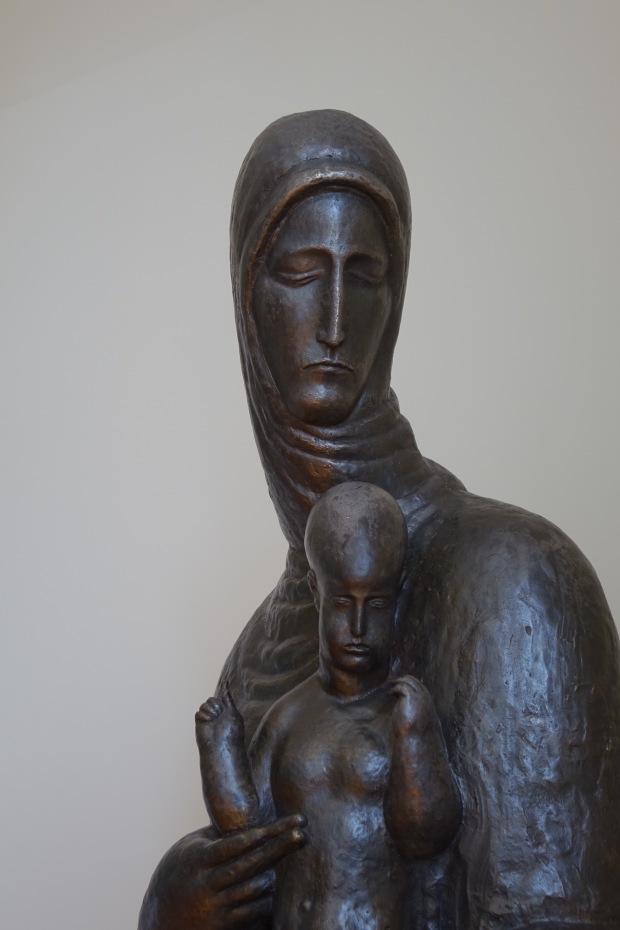 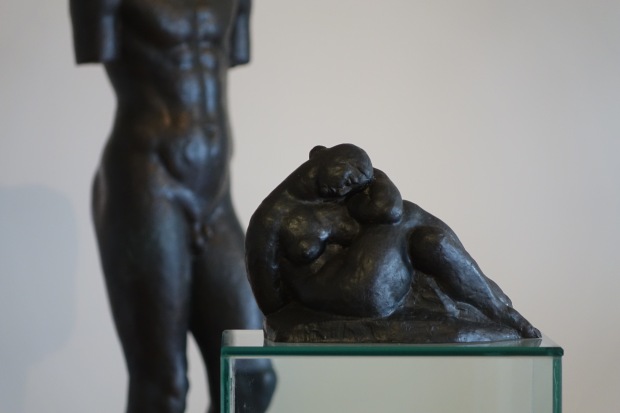 What struck us as we traversed the lofty space of this palatial museum were the viscerally real emotions the sculptor managed to capture in sculptures made of plaster and bronze. In the faces of Christ, or Mary, or in the portraits he made of friends, you are struck by an intensity of emotion, as though metal could talk, or scream, or cry. There is a sensitivity to these sculptures which is truly hyperreal even though, with their elongated heads and exaggerated features, there is a very painterly, interpretative aspect to the works.

We didn’t know the work of Meštrović before our hotel suggested we visit the museum, but as the days in Split continued we started to notice the presence of his work all around the city. And enjoying those works both in his museum, its gardens and in stunning locations in and around Split, it was not at all difficult to imagine why the city has adopted Meštrović as its favourite adopted son. 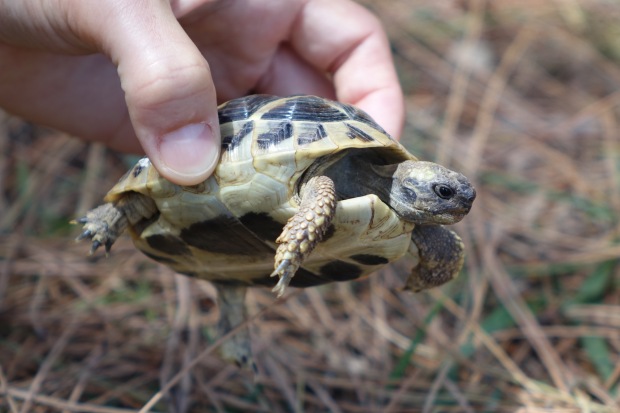