Summer Exhibition at the RA: How a private view can make the mediocre marvellous 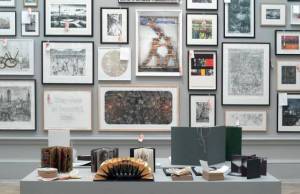 I’ve said it before, and I’ll say it again: When the viewing conditions are right, even the most mediocre of art can appear wonderful. When your mood is carefully massaged by fortuitous circumstances, your mind will be opened, and you’ll look for the positives in everything. Look what happened a few months back with the huge David Hockney exhibition at London’s Royal Academy: On my first visit, the gallery was so packed I came out spitting blood (almost literally as the hustle in the giftshop between usually restrained “Friends” of the RA to grab as much Hockney merchandise as possible almost ended up in fisticuffs). What was all the fuss about Hockney? He can’t even paint, I thought, bitterly. However, when I went back a few weeks later at the behest of my partner, first thing in the morning, tactically skipping the first couple of rooms and emerging, victoriously from the crowds into an empty exhibition beyond, I began to see what all the fuss was about. The paintings were so atmospheric, airy, colourful, pleasing. It was all about the viewing conditions.

The same, now, can be said for my experience of the Royal Academy’s most famous annual offering, the Summer Exhibition, which I attended, with my mother, last night. So used to the unseemly crush of packed-in spectators, all vying for space in the Small Weston Room to see the small paintings squeezed unapologetically onto the wall from floor to ceiling, I would always leave the Summer Exhibition feeling resentful. Why had I just spent good money to go along and see a load of same-old mediocre paintings, small canvases of flowers and ovens and animals, not to mention Tracey Emin’s hideous, crass doodles and the repetitive works of the closed-club Royal Academicians? But not this year. Yes, the same old Royal Academicians still dominate, and yes, the ridiculously crap works of Tracey Emin, now named “Prof. Tracey Emin RA” after her recent ascendancy to the role of RA Professor of Drawing (what a joke) are still conspicuous by their unashamed lack of skill (and because of the hundreds of “sold” dots stuck to the frame because people seem to think scrawled depictions of half-vaginas are valuable), but the difference this year was that I attended on a private view. There were literally 80 of us in the entire venue, and those rooms are big. Once the small gathering had dispersed around the place, we frequently found ourselves quite alone in the huge Royal Academy galleries.

The “wave” hanging of small paintings

It was wonderful! Feeling so airy, ephemeral, and almost important, we glided around the galleries in such a good mood that we actually started to point out details of all the paintings, noticing the colours and the skill involved, complementing, and sometimes even tempted to buy and generally loving the whole affair. We were also treated to a talk by the charming Harry Baxter (an “artist educator” at the RA) whose insight into the exhibition made the whole thing instantly accessible and immediately unpretentious. This year’s show, the 244th in the RA’s history was, he explained, a homage to the small and the beautiful, an intentional contrast to the Hockney “Bigger Picture” exhibition where crowds had crammed into the galleries to see vast paintings made up from multiple small canvases. The focus on “small” can only be a good thing – it meant that rather than squeeze into the tiny rooms with hundreds of others to see all the small works, this year the huge central galleries were given over to countless small paintings (some 1,500 in all) which were hung around the walls like a wave of moving art. It wasn’t quite a Salon floor-to-ceiling hang, but it was an all-embracing journey from one artist’s expression to another’s.

So amidst all this good feeling, what were my favourite works? Top of the list has to be Buffalo Grill by Scottish artist Jock McFadyen, not least because I used to eat in one such of the French chain restaurant bang opposite the Moulin Rouge in Paris. This huge green canvas, with an off-centre, almost hazy image of the American-looking chain restaurant made for quite an impact in a gallery in which it easily dominated. It’s almost like the blur of the restaurant viewed from a fast-moving car, and yet the top of the restaurant is crisp and clear, like an after-image of the place stamped onto your retina.

Top of my list of sculptures, meanwhile, was the super-shiny bronze creation by Leonard McComb RA, Portrait of a Young Man Standing. Only a shame that it has the very modest price tag of £600,000. Against a red painted central gallery (apparently painted as such in homage to Matisse) and reflecting in its polished surface the paintings hung all around it, the sculpture looked truly remarkable. Second place for sculpture had to be given to Professor David Mach RA, whose cheetah made from coathangers, Spike, is an incredible feat of innovation (as was the brilliant recreation of the head of Michelangelo’s David built from the heads of matches, also by David Mach). 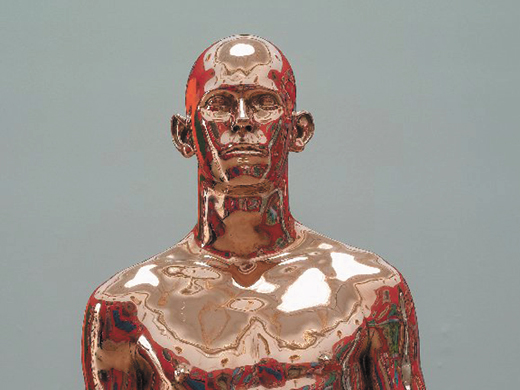 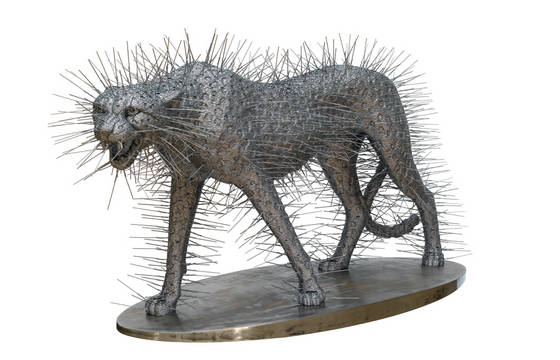 The architecture gallery was pretty interesting this year, bordering more on the surreal, not least with CJ Lim’s Dream Isle: London, the Victorian Sponge Cake which was a model imagining just that – a city shaped like a sponge cake! Also amongst the architecture were the predictable inclusions of Olympic stadiums and other Olympic buildings, as well as the new King’s Cross station concourse.

I also loved this by Graham Crowley…

And this by one of my favourite Royal Academicians, Stephen Chambers RA

Stephen Chambers RA, I Know Trouble (And She’s My Friend)

While this, by Tracey Emin, appalled me…

I could go on, and there is of course plenty to look at, and to mention, but hopefully the photos I have included in this post will provide a hint of the wonders on show (except of course for Tracey Emin’s “Upset” which is included purely for the purposes of demonstrating how a totally talentless media novelty can rob some poor talented unknown of a huge amount of wall-space and all the opportunities that go with it).

The Royal Academy don’t always get it right, but with this year’s Summer Exhibition, they really seem to be progressing. Perhaps it’s because of the new president, Christopher Le Brun, or maybe it’s just because of the space all around me, the exclusivity and of course the complementary wine… It’s a question which remains as yet untested, but if you want to have a punt, go and visit the show – as the name suggests, it’s on all summer, and you can find out all of the details here.