There is something altogether very earthy, sandy even about Marrakech. Known as The Daughter of the Desert, it is very evident that the city is only a few hours away from the Sahara. The very rose tint of its original mud built walls sing of the harmony of deep, mineral rich desert tones from which the city arose. And yet a view across its skyline also betrays the odd peppering of green, where palm trees sway amongst houses and the prayer towers of mosques are embellished with shiny green roof tiles. And of course the Arabic countries are no strangers to the beauty of green spaces, since it was them who were the engineering geniuses behind the stunning gardens of the Alhambra in Granada, and most of the Southern European irrigation systems which followed. The Medina of Marrakech is nevertheless more about its dusty maze-like streets and multi-coloured souks than gardens, but through one small gate in the heart of the souk is the opening onto a true marvel of a garden, so hidden away that you could easily miss it. 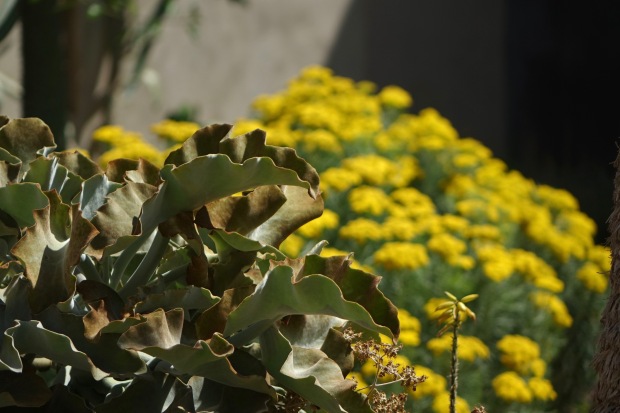 Appropriately named, Le Jardin Secret, the origins of this lavish garden hark back to the second half of the sixteenth century, when the Saadian Sultan Moulay ‘Abd-Allah commenced upon the urbanization of what is now the Mouassine district of Marrakech. Having decided to build his palace and gardens on this exact spot, the turbulence of history resulted in a series of handovers from one ruler and influential man to another until eventually, in 1912, the property then passed into the possession of the Fez of al-Hajj Muhammad Loukrissi, chamberlain of Sultan Moulay ‘Abd-al-Hafiz. There he lived until his death in 1934 when tragically the palace and garden fell into disrepair. Fast forward three quarters of a century, and the restoration of the building complex and gardens began. 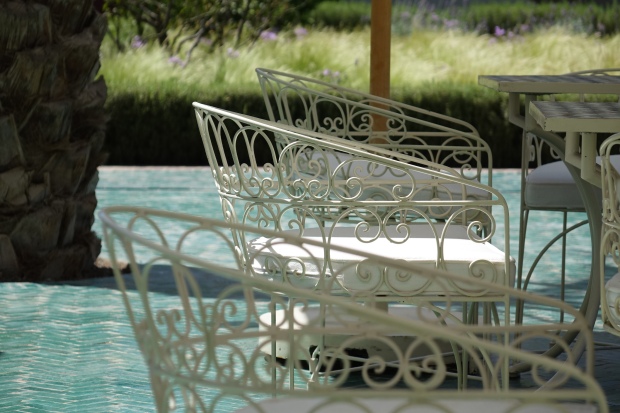 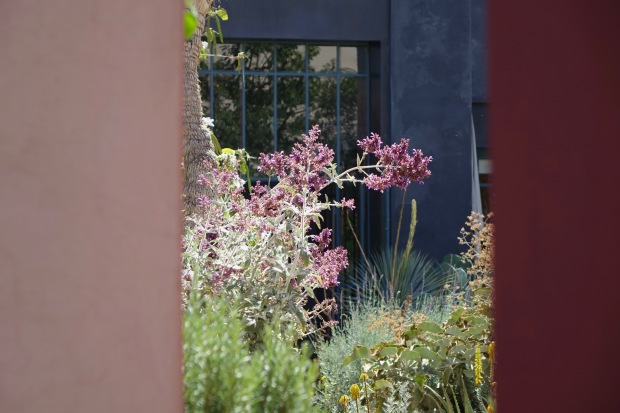 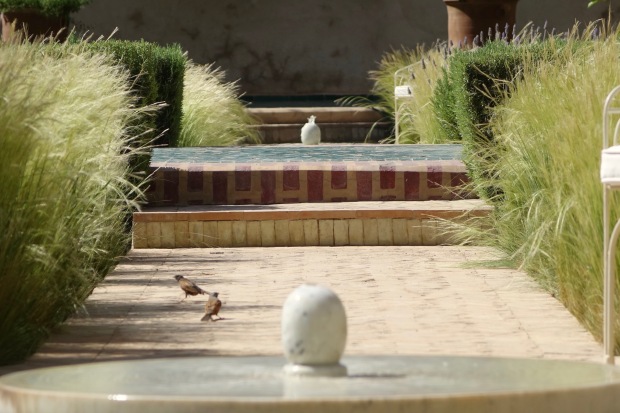 Today, Le Jardin Secret is a true garden gem which is all the more precious because of its relative rarity in amongst the city bustle of the Medina. Containing two main garden sections, one tropical and the other more traditionally Arabic in its geometrical layout and planting, both gardens offer and exquisite haven of calm. Accompanied by the trickle of long, ground-level ponds running with water, and by the song of the many birds who revel in the natural abundance of the place, an hour spent in Le Garden Secret has all the benefits of several days in a health spa. Running your hands through the grasses, watching bees as they pollinate the purple and white flowers, and gazing as a gentle breeze alters the dappled reflection of tree leaves against vibrantly painted red and olive green walls, it is a truly stunning place. 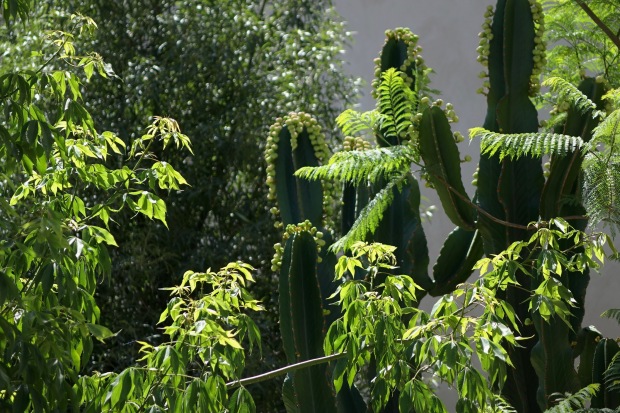 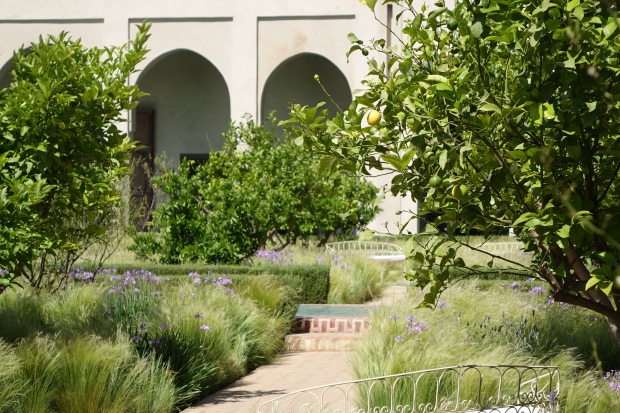 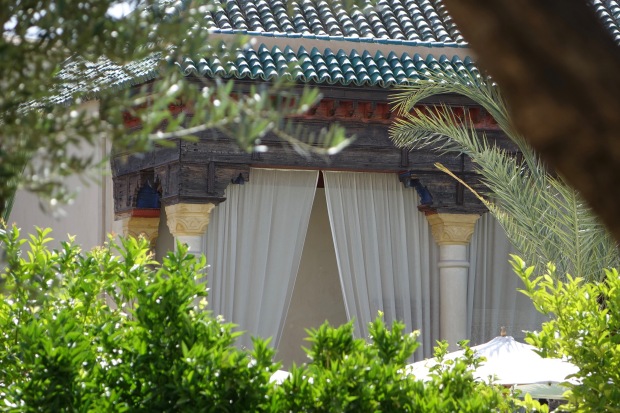 Being, by name, secret, it is also relatively quiet but no doubt that will not remain the case for long. For what better way to break away from the manic hive of activity of the Souks than to seek refuge in this perfect profundity of green in the heart of the Rose City.