A Windsor Weekend, Part I: The Castle

The myths and legends surrounding England’s valiant past are so intertwined with our history that it’s sometimes hard to remember what is fact and what is fiction. The tale of King Arthur and the Knights of the Round Table is a typical example of this, and while many have determined the magic surrounding Merlin to be the stuff of fairytales, the fable of King Arthur and his Knights certainly resonates as being a more realistic depiction of historical England. Whether or not the round table existed, the image it evokes – of brave knights, lion-emblazoned coats of arms, and of shiny coats of armour ridden into battle – very much captures a sense of the England of old. And if one place were to lift that image off the pages of legend and into the real light of day, it’s Windsor Castle. 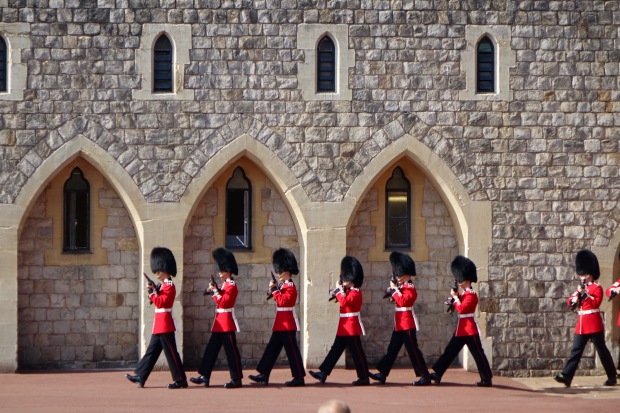 Grand, imposing and the very epitome of a medieval-style castle, Windsor is not only a historical monument worthy of legend itself. Rather it always has been, and continues to be a favourite royal residence, and today boasts the record as being the longest occupied palace in Europe, as well as the favourite weekend retreat and place of entertainment of the UK’s current monarch, Queen Elizabeth II. With roots stretching right back to the Norman Conquest of 1066, Windsor Castle has been constantly remodelled and expanded to suit the tastes of each succeeding monarch, from the lavish baroque of Charles II to the Georgian flourishes of George IV and the modernisation of the Victorian and later eras.

While on the outside it appears as stark and imposing as a great stone castle should, on the inside it is very much a palace in the true sense of the word. While some rooms are emblazoned with sparkling armour, decorative weaponry and historical coats of arms, others are masterpieces in rococo and baroque, glistening with gold and chandeliers and filled with the most lavish of palatial furnishings. In 1992, much of this beauty was almost lost forever when a ferocious fire tore through the building and destroyed many of the most important State Rooms. But today, after an award winning restoration, Windsor is not only back to its beautiful self, but much improved, with many interim changes reversed to take the Castle design back to its early glory days. 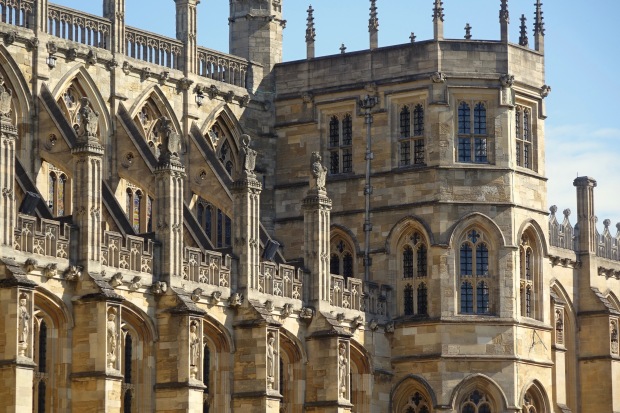 But Windsor is not just a single-building castle, but a complex with gardens, out-buildings and places of worship making up a mini town within a town. Chief amongst these ancillary sights is St George’s Chapel, which is probably one of the most beguilingly beautiful churches I have seen. Gleaming with light filtered through intricately conceived multi-coloured stained glass windows depicting the Kings and Queens of old, the chapel is a masterpiece of the perpendicular gothic. Its lattice stone-weaved ceiling is a work of genius, and in such a good condition that it is hard to think that for the most part, this is the work of 15th Century craftsmen. Its Quire (where the choir sing) is simply magical. The home of the Knights of the Garter, it is a true homage to all things Round Table, adding to the myth which surrounds British history and expressing in a stroke of true theatricality the historical importance of this preeminent body of royal knights. Meanwhile, peppered throughout the chapel are some of the most important monuments you are likely to see in any single one place in England: here lies Henry VIII, the Queen Mother, George V, George VI and Charles I to name but a few. And for those not buried here, monuments to the likes of Prince Albert and Princess Charlotte (who died in childbirth leading to the ascension of Queen Victoria) are masterpieces of pathos carved in stone and crafted in the suitably melodramatic Victorian aesthetic. 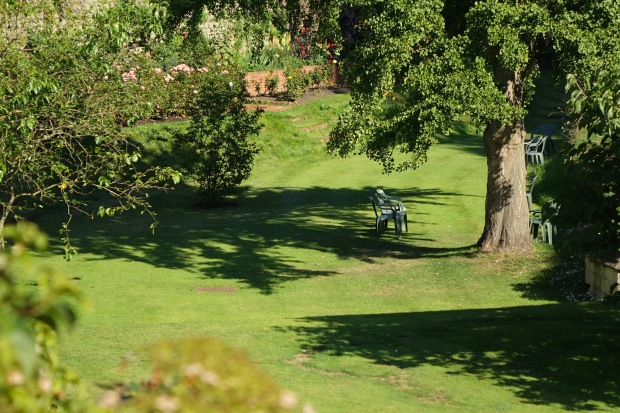 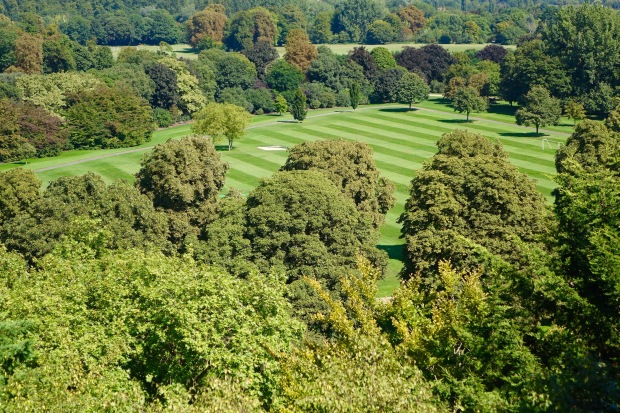 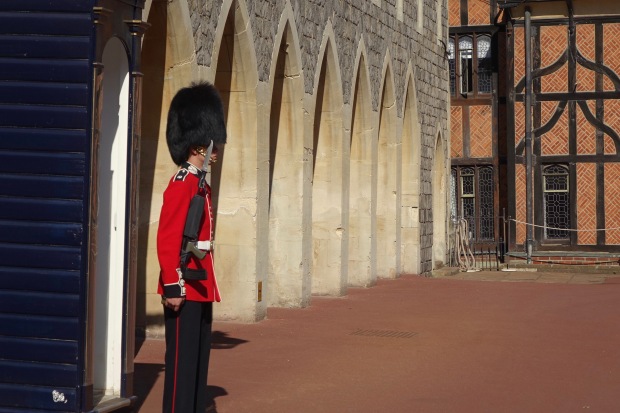 Unfortunately the splendours of Windsor’s interiors are the preserve of the eyes only, as photography is banned throughout. I must therefore content myself with sharing with Daily Norm readers my photos of the joys of Windsor’s grounds, from the incredible exterior masonry and gothic façade of St George’s, to the beautiful moat gardens which, filled with roses, so perfectly soften the hard lines of this mighty castle beyond.