Beauty and the Beast from the East 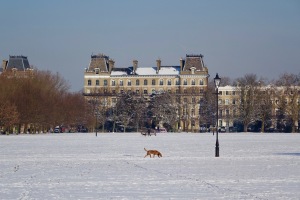 They call it “the Beast from the East” – a Siberian shock wave of icy blasts and perilously wintery temperatures which has swept onto the shores of the UK and shows no sign of budging. Yet with the “Beast” has come the snow: a transformative blanket of pure, frosty white which has proved to be the very antithesis of beastly, as a very chilly but utterly mesmerising walk around my local park was to prove.

I have seen Clapham Common in every season, and have often obsessed myself over the light filtering through its lush summer leaves, or the auburn tones of its autumn face. Yet I don’t think I have ever been so stunned by the beauty of Clapham Common as when I was seeing it dressed, like a blushing bride, in an unbroken veil of white. Covering metre upon metre of grassy planes, and managing to find its way onto even the tiniest of tree branch, lamp post and railing, the snow rendered Clapham Common completely transformed, and the result was divine. I have never seen a familiar place so changed, nor the local residents so equally dazzled by this new manifestation. 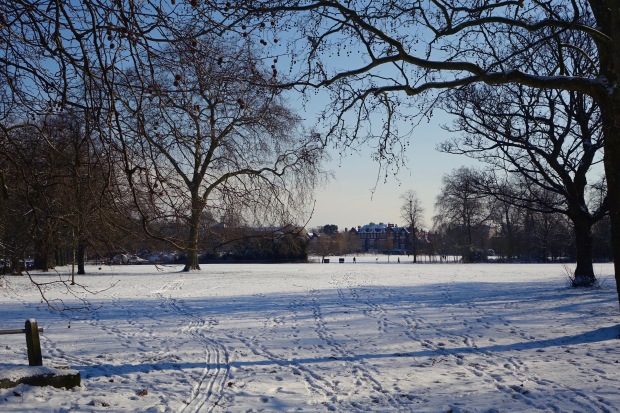 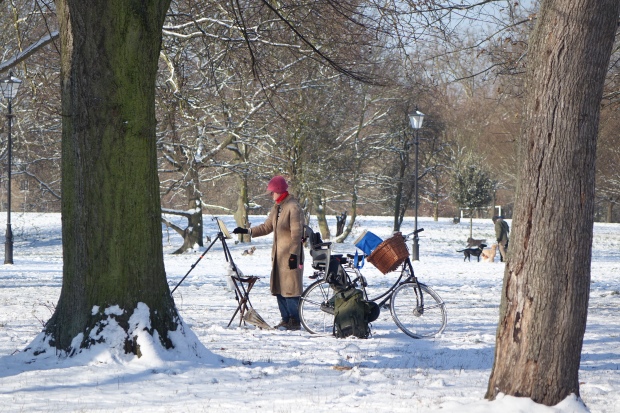 It’s incredible what nature can create when left to its own devices. Take the pond for example. It wasn’t just frozen, but some effect of the water underneath had created large circular patterns all over its surface like a retro design from the 60s. Meanwhile, the way in which white would gather at the trunks of trees, but leave green and orange trunks and branches revealed, lent an ever better contrast to the colours, like a freshly daubed application of unmixed paint on a white canvas.

But of course beauty is fragile, and within an hour of taking these photos, the sun disappeared, and a fresh gale of blizzards took its place. The Belle of the ball had left the dance floor, and the fearsome Beast had returned to dominate the airwaves once again. 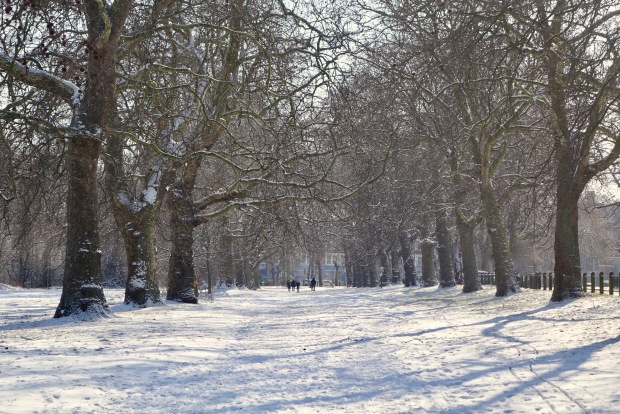 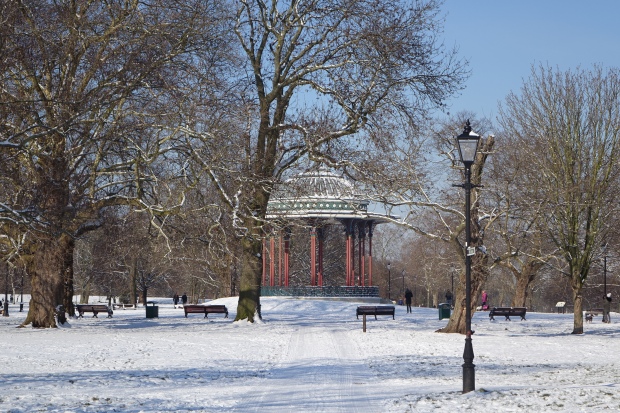 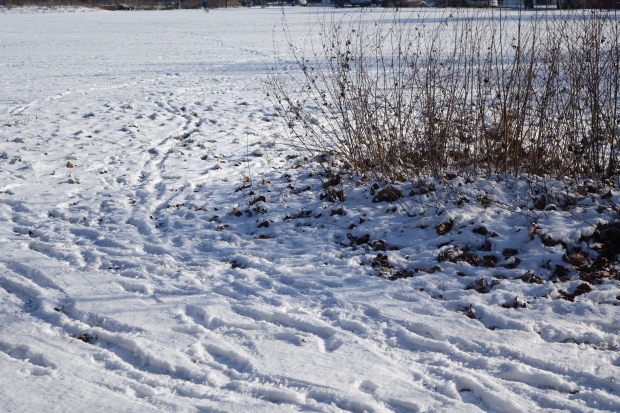 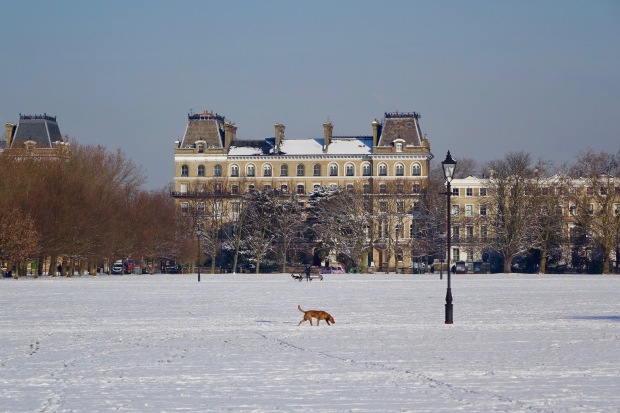