When many people think of Rome, it’s not the Colosseum they have in mind, but the soaring dome of St Peter’s Basilica at the very Catholic heart of the Vatican City. It is somewhat ironic then that the Vatican, while sitting bang centre in Rome, is not part of the Italian capital at all, but an entirely separate extraterritorial land belonging to the Holy See. Whatever the political geography, the Vatican is a must-see location for any visitor to Rome, but because of that, it’s too often heaving. Without an advanced ticket, you’ll spend far longer in a queue than you ever will inside of St Peter’s or its adjacent museum. Even with a reservation, the queues and security checks try the patience of the most earnest visitor.

Enter the Lateran Basilica, or to give it its full name, the Cathedral of the Most Holy Saviour and of Saints John the Baptist and the Evangelist in Lateran (also known as the Papal Archbasilica of St John in Lateran, and many other similar variations on the theme). Located on a diagonal 4km axis cutting through ancient Rome from the heart of the Vatican City, the Lateran Basilica is the alternative St Peter’s. Almost as big, just as spectacular, the Basilica is the ecclesiastical seat of the Bishop of Rome and such an equally important a player in Papal History that its story goes hand in hand with that of the Vatican across the river. 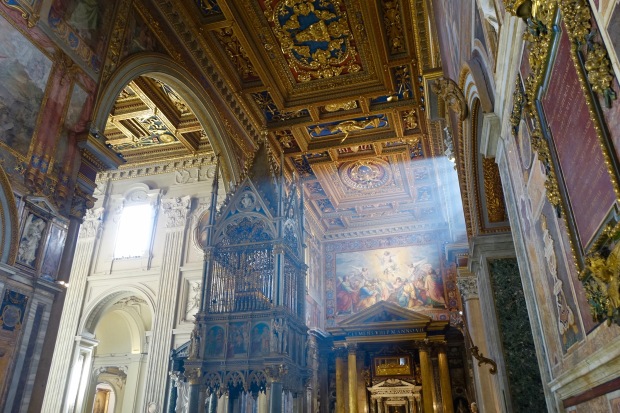 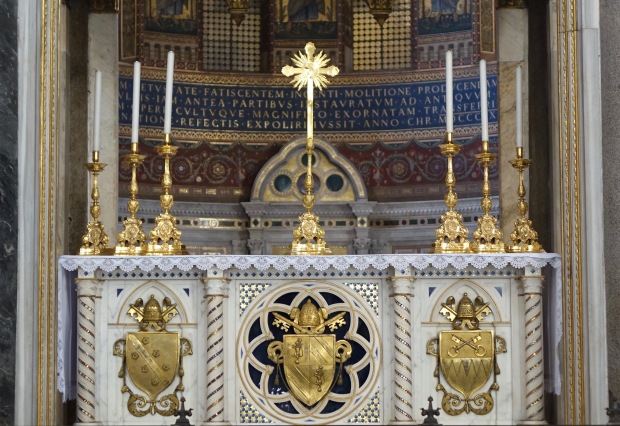 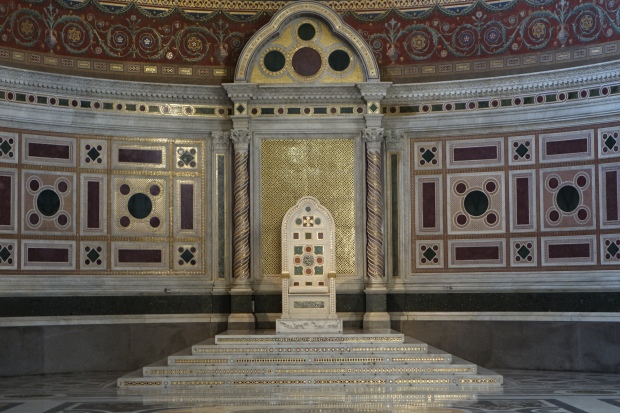 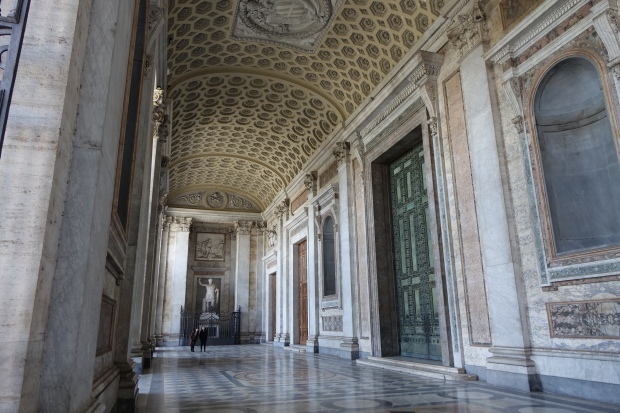 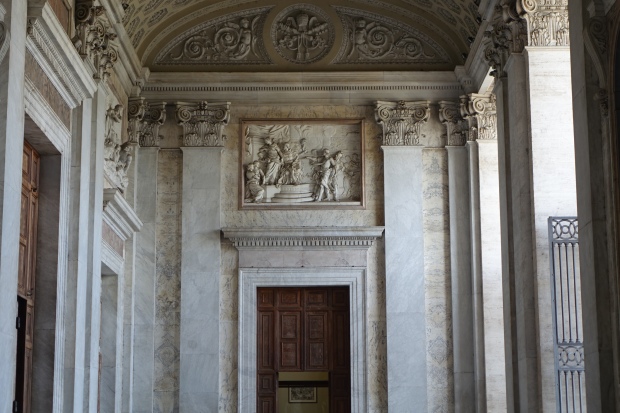 As the oldest and highest ranking of the four papal major basilicas, the Lateran is unique in having the title of “archbasilica” and was, for hundreds of years prior to the dominance of St Peter’s, the home of countless generations of Popes. As the scale of Rome shrank and declined in the early second millennium AD, the area around the Lateran was reduced to a form of bucolic wasteland. Exposed and rundown, the Lateran Basilica and its neighbouring palace became disconnected from the beating heart of Rome, and during the Avignon years of the Papacy, the Lateran deteriorated and eventually suffered substantial fire damage. Thankfully, even from their new lavish seat of St Peter’s, the popes of baroque Rome recognised the importance of the Lateran, and in the 17th century, Pope Innocent X commissioned Francesco Borromini to rebuild the Lateran in the splendid image we see today.

History done, now for the visuals. As the photos show, a visit to the Lateran Basilica is the equal of the glorious Vatican. Flooded with light, the classical baroque facade gives way to an imperial loggia boasting the magnitude and proportions of an Ancient Roman temple, while inside, light floods through windows and bounces off golden mosaics, richly frescoed walls, and luxuriously marble-clad pillars. Most impressive of all things is the spectacular array of sculpted apostles created by the very best rococo sculptors and installed at the beginning of the 18th century. So lifelike, and yet so vast in scale, you feel shrunken into submission before heavenly giants, as though in a nursery rhyme immersed within the branches of Jack’s beanstalk. 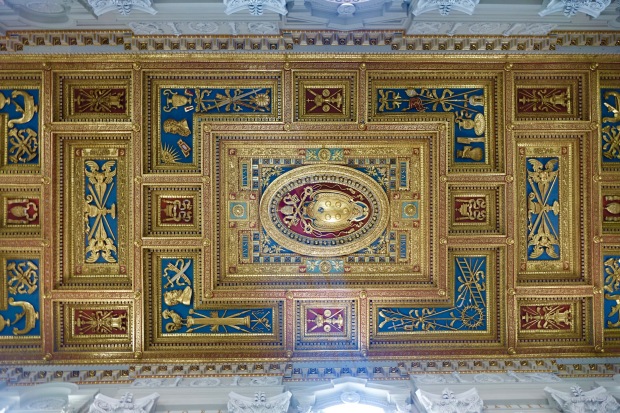 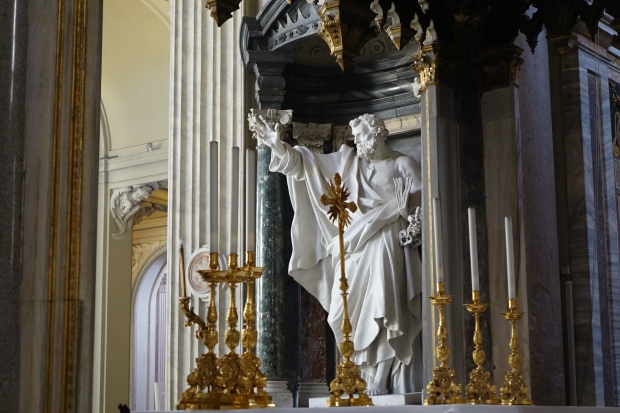 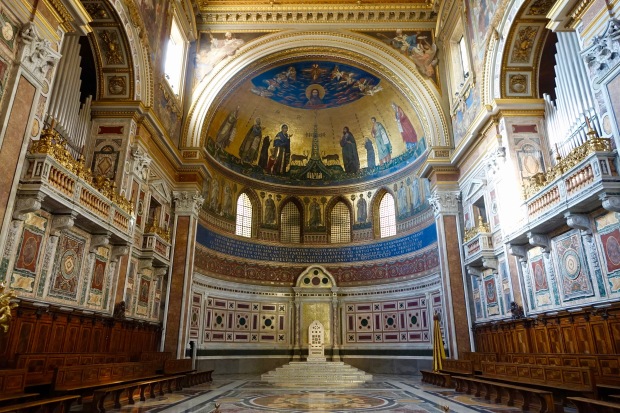 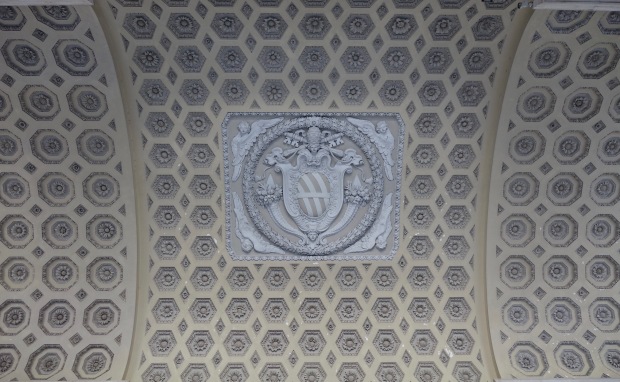 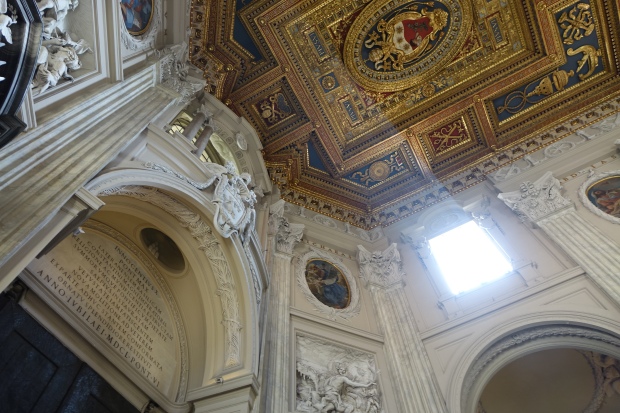 I didn’t enjoy my trip to the Vatican museum, being shunted along through bottlenecks crammed to almost scarily unsafe levels with a continuous tidal wave of coach parties. By contrast, the Lateran Basilica, with its lofty grand spaces and comparative tranquility is by far the better alternative, and every bit the equal to its younger cousin over the river.