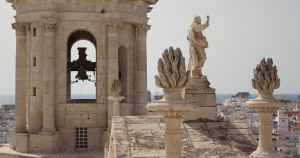 We continue our little tour of Cádiz, Spain’s maritime bastion, with something of a bird’s eye view, or as close as you can come to one in a city which, unusually for Spain, is pretty flat. This leavened geography is of course the result of the city’s seaside location, which is never more obvious than when seen from above – the deep blues of the ocean marking an omnipresent collaboration with Cádiz’s own sea of white washed houses and earthy beige rooftops. Affording us this view was one of two towers either side of the mighty facade of Cádiz’s iconic cathedral – the Catedral de Santa Cruz de Cádiz, whose ascent was happily assisted by the presence of a gently spiraling slope, rather than the usual steep staircase of hell characteristic of most bell towers.  This meant a relatively easy rise to the heady heights of the Cathedral rooftops, even in temperatures of 35c+. 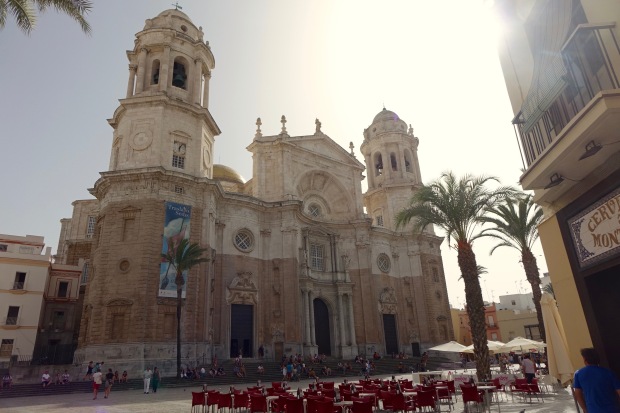 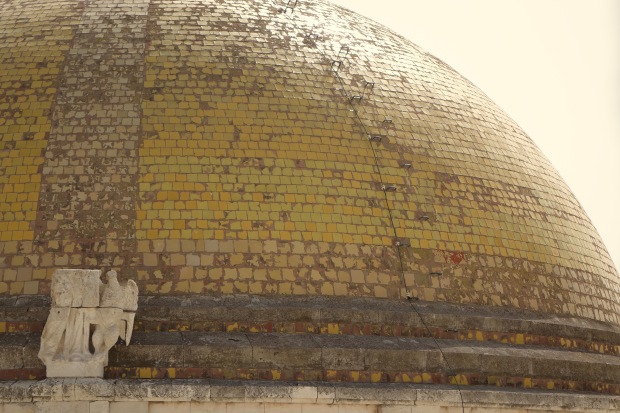 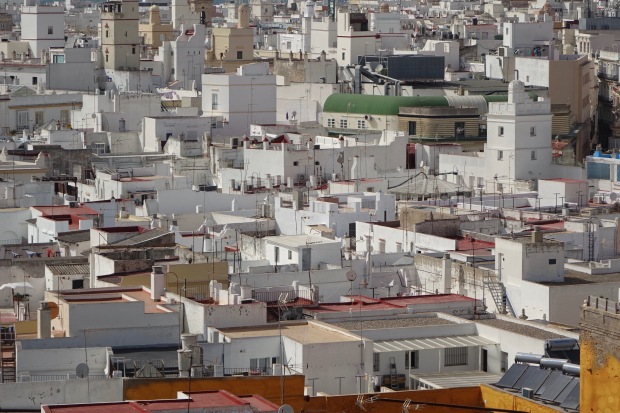 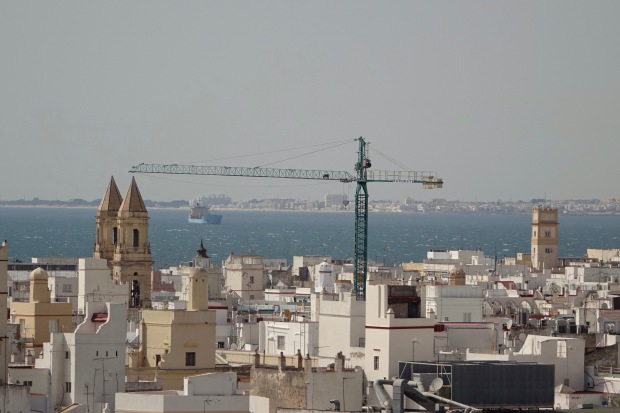 Built in the city’s golden age of the 18th century with money resulting from the thriving new trade between Spain and the Americas, the Cathedral is an impressive focal point of the city. Presenting a mix of neoclassical and baroque elements, the Cathedral is nonetheless characterised by the simpler tiled domes which complete the edifice, and which seem more attuned to a Greek Orthodox church than a magnificent Catholic Cathedral. From the top of the bell tower, those domes were more visible than ever, and the child within me was thrilled as ever to be enjoying this unique perspective of the Cathedral, cracks, moss and all, and to be up where the birds nest, and where the small details of rooftop decoration became larger than life before our very eyes. 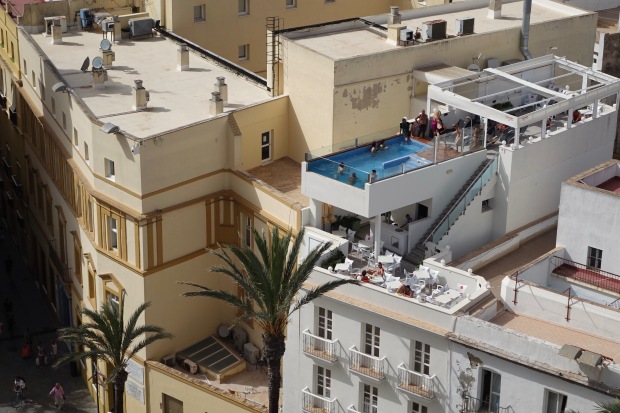 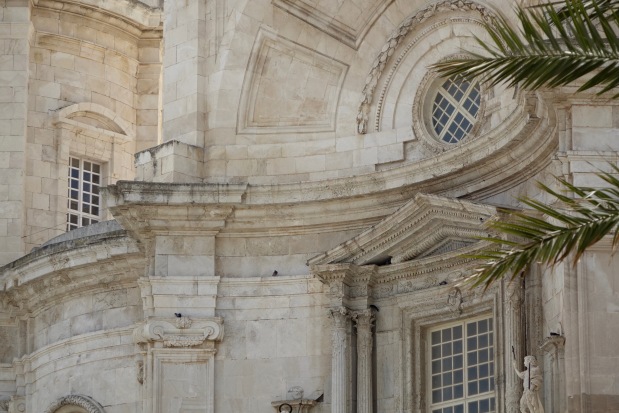 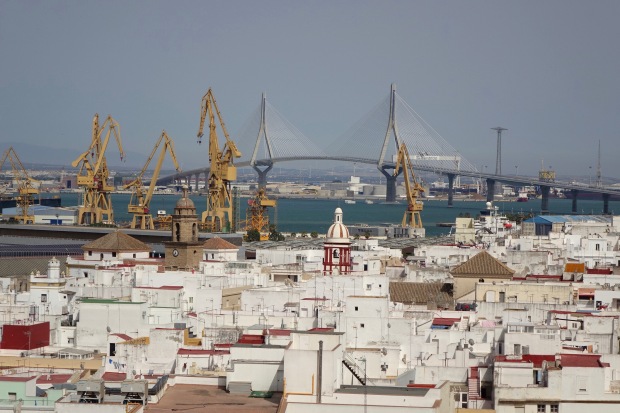 Visiting the Cathedral is a must of Cádiz, but those expecting a spectacular interior may be disappointed to find much of the inside given over to a museum, and the huge vaulting ceilings slowly deteriorating, falling plaster being caught by a web of unsightly nets. My tip is therefore to stay on the outside and ascend the bell towers for the city’s most unbeatable views. It’s the best way to appreciate the scale and magnificence of this iconic building, but likewise to take in Cadiz as a unified landscape, sprawling out beneath you, a city collective bustling with people… for whom the bell tolls.