My final post on War brings a little lightheartedness back to the Daily Norm. Having been chewing over the subject of war for a few weeks and having been plentifully inspired by the war art I saw at the Imperial War Museum, I was prompted to once again pick up my paintbrush and devote a work to the ravaged landscape of WW1 France. But as I am all about Norms at the moment, obviously a WW1 Soldier Norm takes centre stage. He may be just a character, but I think that through this parody, the horrors of war are still there for all to see. Hence in his eyes, a look of shock, exasperation and despair at the state of the world around him, beautiful landscape turned into hellish quagmire, human lives used as fodder for the guns. In the background, clouds loom menacingly in the sky, while before them, manmade clouds burst up from explosions, as the putrid, corpse-ridden deserted ground all around the trenches is blown further into the air and scattered like a rain shower. In the foreground poppies: traditional symbol of hope, life growing instinctively from human wreckage. In this, unique and Normy way, I remember. 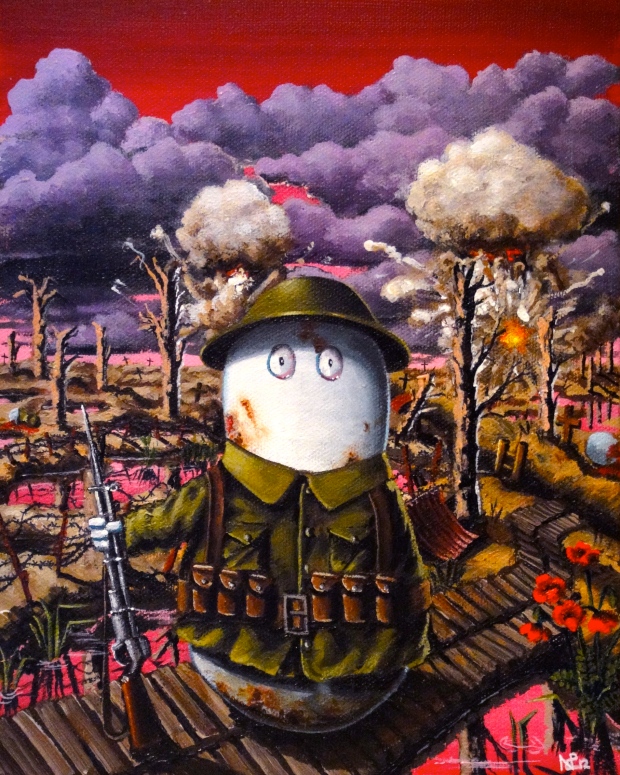