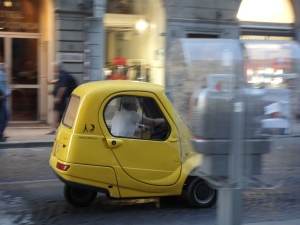 I have no qualms in declaring that Italy was the making of me. When I embarked upon a Gap Year trip studying art history across the main focus points of artistic Italy in 2001, it opened my eyes to a realm of creativity that I had never before imagined could exist in such abundance. Growing up in Sussex, the limits of my art education had been trips to see recreated plastic Victorian seaside scenes in the local Worthing museum, and a Monet exhibition at the Royal Academy which, having been hyped up on TV, I dragged my parents up to London to see.

Italy changed all of that, and the city which really began my love affair with Italia was the city of Firenze. It is a city so richly overflowing with beautiful cobbled streets, consistently charming buildings, stunning architectural gems such as the Duomo and the Ponte Vecchio, and a wealth of artistic treasures, that it is hard not to become utterly seduced, not to mention that it sits at the centre of a vast plain of equally lovely Tuscan countryside. 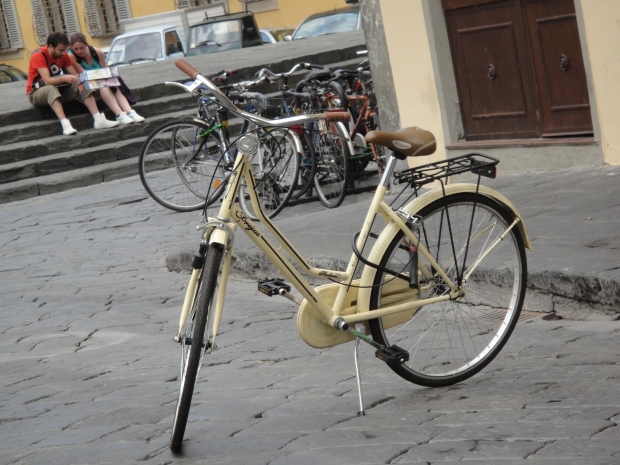 When I returned to Florence some years later, my visit was brief, but the city had lost none of its charm. Staying only a few days, old sights were revisited as I tried to recreate those carefree days of 2001, trying to stumble upon those once-loved haunts while following my mental recollected map of the city (which did not always prove to be correct!). But my time in Florence was short, as the nearby city of San Gimignano beckoned, a city which is so complete in its preserved medieval heritage that UNESCO has ring-fenced the whole town and marked it with its rubber stamp of protective approval. No wonder the place was so overloaded with tourists.

In the mood of Italia Season here on The Daily Norm, I enclose some of my favourite shots from that trip. They’re not your typical photos of the cities, but small, detail shots of little items of life that amused or interested me. Enjoy!

Sunset over the Mediterranean viewed from Castagneto Carducci

Florence, from the grounds of San Miniato

Is it me or is this Saint literally glowing?

The Duomo of Firenze

A market in the seaside town of Donoratico

The towers of San Gimignano

Look carefully and you can see Santo Spirito in his eyes

The Duomo in a puddle