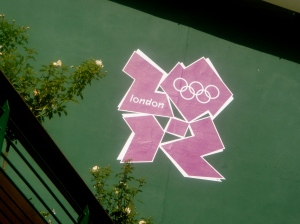 I’m not a big sports fan. I don’t really know the terminology, and my familiarity with the various sports stars extends as far as those faces who regularly hit the headlines and are splashed across perfume promotions and London buses. However there is something utterly contagious about the Olympic spirit which has swept throughout London and up and down the British isles which just cannot be resisted. The aim of London’s bid was to bring all Britons and people from throughout the world together under the olympic flag, to create a huge party of spectators enjoying the adrenaline rush engendered by sporting achievement and to inspire future generations to enjoy sport and aim for sporting brilliance. They’re all cliches, the stuff of marketing machines, but what the last week has proved to me, is that those objectives have really manifested – I feel inspired by sport, part of the global sporting party and loving every minute of London 2012. 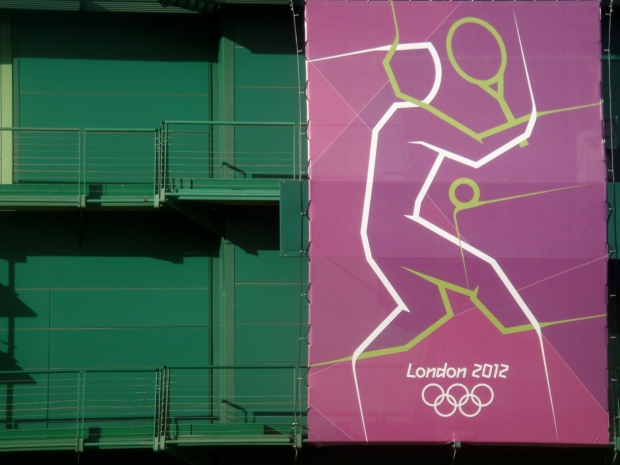 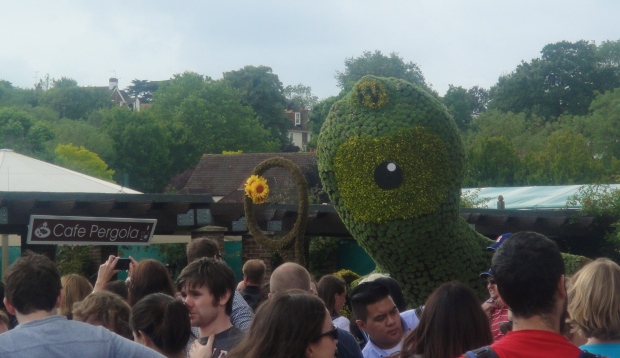 As with many Britons, I found it difficult to get any olympic tickets, despite applying for a good few (and yes, like everyone else, I am secretly seething inside at seeing so many empty seats at the events – a byproduct of the Olympics’ necessary reliance upon corporate sponsorship and IOC executives who then don’t bother to turn up, depriving so many future generations of the opportunity to be inspired). However the one set of tickets I did get was to see men’s semi-finals tennis at Wimbledon. This was a double whammy for me. Not only did it mean I would get to visit the British home of Tennis (tickets for the main Wimbledon tournament are as easy to get your hands on as the holy grail) but it also meant that I would be treated to not one, not two, but three matches played by undisputed tennis royalty. 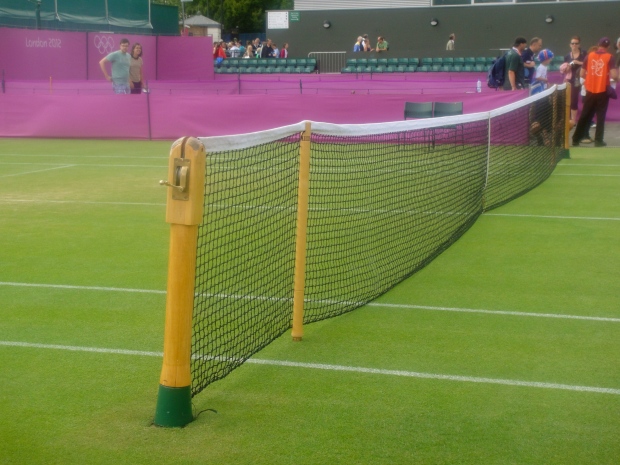 It was all a bit of a gamble. We didn’t know who would be playing, but as we turned up yesterday, we discovered that the matches we would be seeing contained the stars of the tennis world – Roger Federer v Juan Martin del Potro, Victoria Azarenka v Serena Williams, and, the creme de la creme, British hopeful Andy Murray v Novak Djokovic. 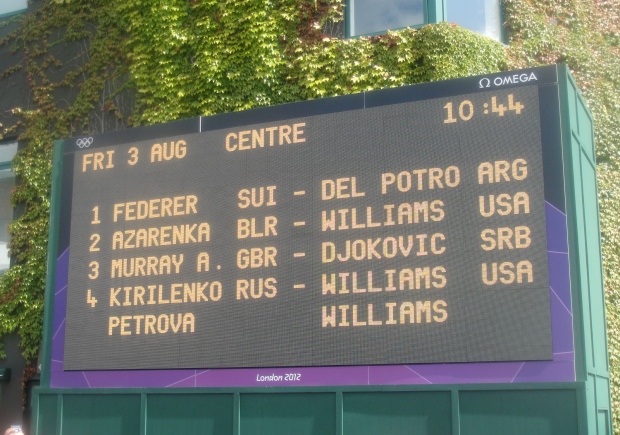 An all-star line up

Federer and del Potro turned out to be a marathon match – at almost 5 hours in length (and only 3 sets) it broke the record for the longest singles match in Olympics history. And boy, didn’t we know it. Every time we thought it was safe to leave our seats and seek well needed refreshment, one of the players looked like they were about to do it, and win the match. As a result we couldn’t leave, and despite the length of the match, were utterly captivated by every serve, and every volley. This meant that we only caught the tail end of the Williams/ Azarenka match, which, by contrast, lasted only an hour, as Williams swept the board with a 6:1, 6:2 win (we had to eat, after all). But we were back in time for the piece de la resistance of the day – Murray v Djokavic. The atmosphere in the crowd was incredible. The pride for this British tennis star was just unbelievable. He played superbly well. His playing was tactical, skilful and well measured. The volleys were much more powerful than those we had seen in the Federer match, and the playing on both sides was incredibly well executed. But all the same, Djokavic was no match for Andy Murray who, no doubt spurred by the deafening support of the home crowd, cruised to a sensational win to the mutual emotion of the thousands of spectators around him. That moment of his victory was like none other. The atmosphere in that dense crowd was just incredible. I felt lifted to an all new high of Olympic excitement. 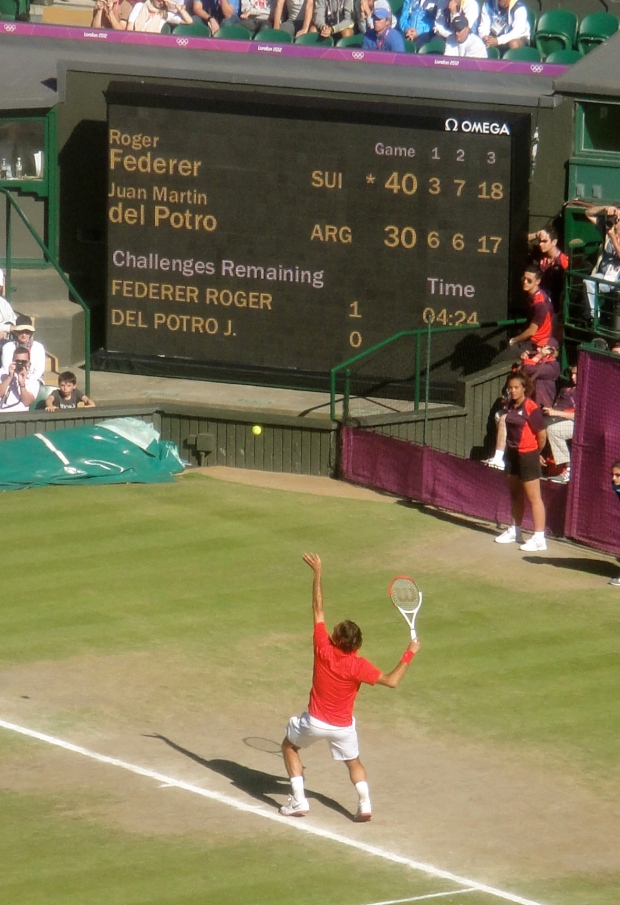 Federer serves to win the Olympics’ longest ever tennis match

I’m so happy that I have had a chance to experience these games, both as a Londoner, seeing the streets transformed and a tangible sense of excitement build across the capital, and as a spectator, feeling the strength of national pride for one of our own, and the shared international pride of backing a crowd favourite like Federer. It’s wonderful to be part of these unique events, which bring the world together and fill the air with positivity and festivity. But even better it’s incredible to host this spectacle in the city I have called home now for 10 years. The sceptics have surely now scurried away into their little damp pessimistic holes. Olympics London 2012 is a life changing event which will stay with me, and the rest of the UK, forever.