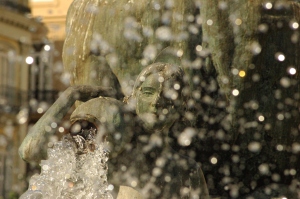 Is it any surprise that when I struggle into the London tube every morning, my personal space reduced to a bare millimetre minimum, struggling to breathe against the handbag digging into my ribs, that I immerse myself in a world of Spanish rhythms, that I listen to the clap and wail and melancholic guitar of flamenco in my ears, and that I daydream of Spanish plazas, of old town streets, of sunshine and long shadows, of the sparkling droplets of a fountain’s eruption suspended in mid aid, glinting in the sun? How can I fail to drink in every detail of the architectural splendour, the decadent charm, the warm sun-drenched colours and the almost unfathomable blue of a mediterranean sky when its very manifestation is like something from a vision of paradise?

Valencia is not unique in being so aesthetically rich, so inexorably inspirational that as an artist, and photographer, I was elevated to a new sense of creative freedom with every step I took in the city. In fact it is just one of many a Spanish city which has had such an effect on me. But as a city of so many facets, from the crumbling, baroque old centre to the lavishly innovative city of arts and sciences, Valencia is surely unique in the extent to which its visual appeal can extend. The proof is in the pudding: not only has the city inspired me to write some ten blog posts, each featuring a ripe selection of my photos and anecdotes, but across two cameras and my iPhone, I returned with some 1500 photographs after only 4 days of sightseeing, with barely any destined for the trash can.

It therefore comes with no surprise that as I end my Valencia series, I do so with so many photos left to explore, and hard choices to make as to which of those shots I feature in this, a miscellany of some of my favourite photos of the as-yet unpublished series. The final set, published in a gallery below, is as richly diverse as the city itself, from the minor details: rusting door knockers and cracking wood carvings, to the wider picture – the grand plazas, the ceramic blue domes, and the richly sculpted baroque facades. As with so many components that make up a city, so much beauty can be found in even the smallest details – whether it be the channels of bird poo which have run down the bronze sculptures of a grand fountain, or the cracks and staples in a plant pot. 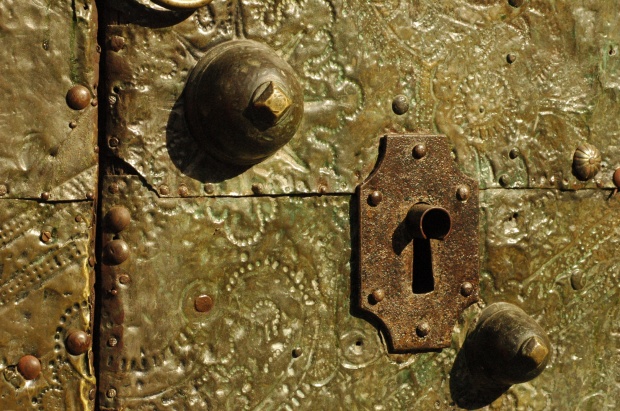 You’ll notice that many of my favourite shots are from Valencia’s historic quarter. While the dazzling white architecture of Calatrava’s new architecture is visually alluring, there is very little, as a photographer, which one can do with these buildings, other than shoot them from various angles, reflected in the surrounding waters, and seen from close up and at a distance. Far more inspirational for me is age and histroy, the effect of time, and the continuation of rich traditions in the modern age. Take the fleeting glimpses I took of Valencian women in their traditional dress – was Valencia ever so perfectly represented as by those women in their ornate sashed dresses and peculiar elaborate headdresses?

But as ever, I could attempt to describe in words what could so easily be done in a photo. And of those there are plenty to share. I leave you then with this final selection of Valencia shots, and a big thank you for allowing me to share my Valencia trip with you. Being inspired is only one part of the creative process. Sharing it with others is where the ultimate satisfaction is realised. With thanks.