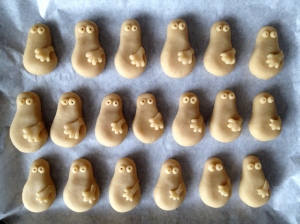 I’m not sure what it is about Easter which makes me think of Spain’s greatest export, marzipan, as I gather that the little soft almond sweets are more the preserve of Christmas time than Semana Santa. But then again, mazapan, as the spanish call it, is a sweet originating from the closed convents of one of Spain’s most fervently religious strongholds, Toledo, and it is perhaps understandable therefore that my mind drifts to this very sacred city around this Easter time. 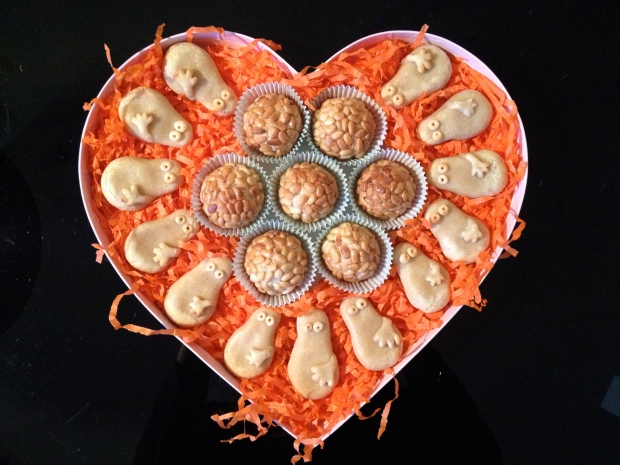 I was never a great lover of marzipan as a child – perhaps the almond flavours were too bitter for my very junior tastes. But when I visited Toledo a few years ago with my mother, I became completely seduced by these little sweet treats, which could be found everywhere, from little corner shops to cafes filled with little (slightly surreal) dolls of nuns captured in the act of marzipan making.

The beautiful city of Toledo 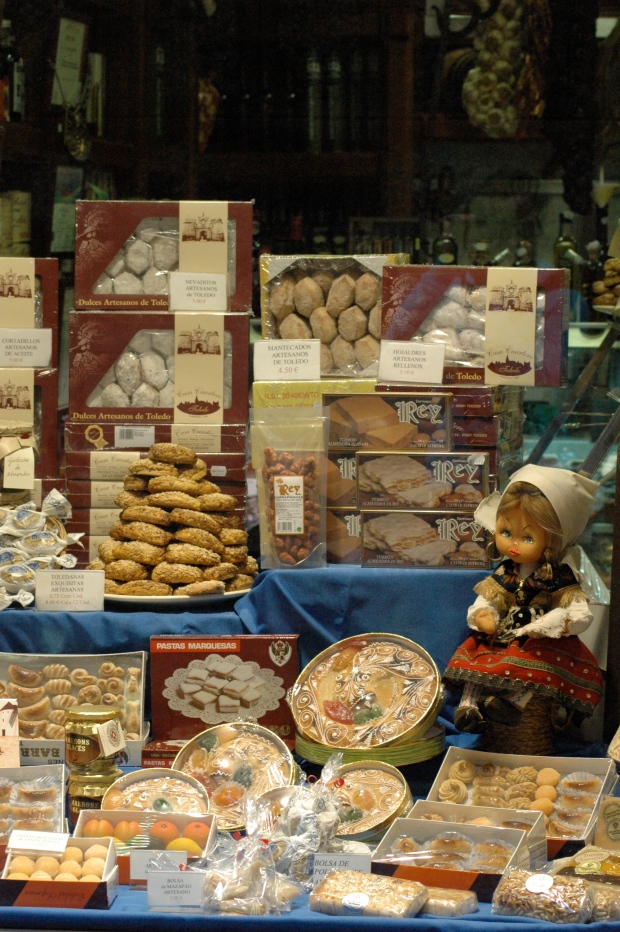 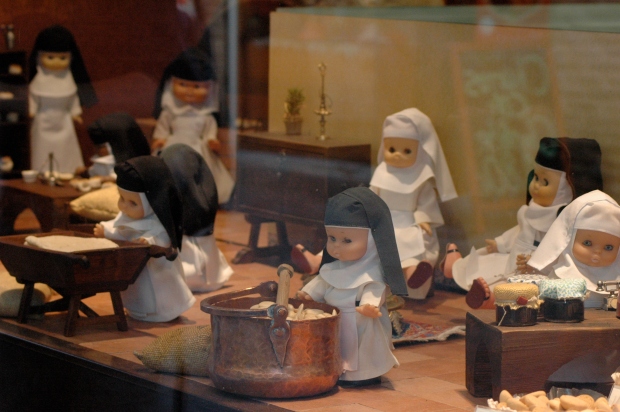 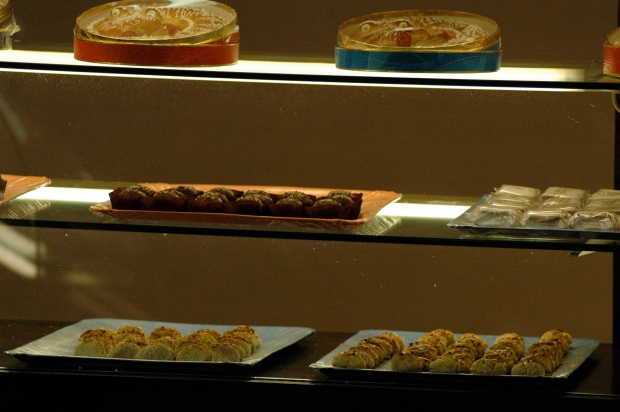 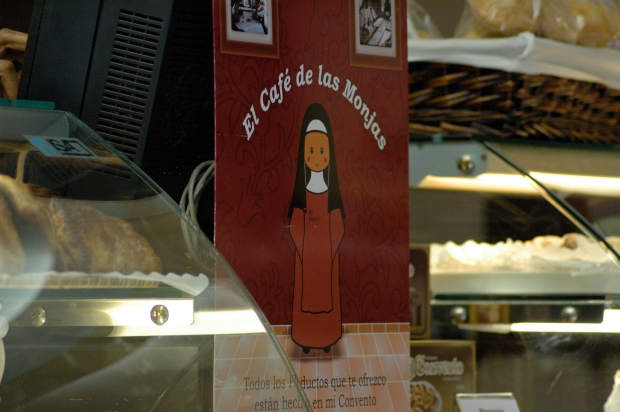 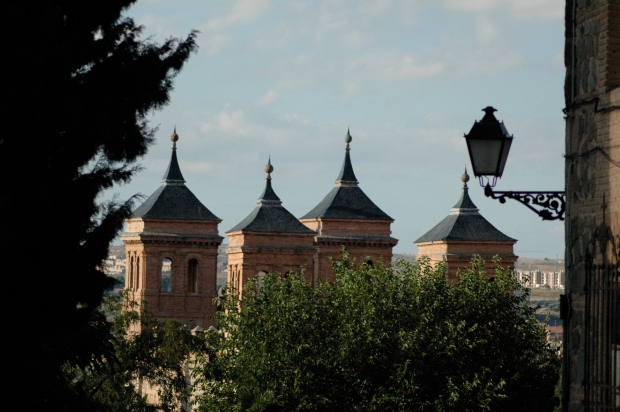 While marzipan lasts a fair length of time (they contain no dairy, so stay fresh for a while), even those I bring back from Spain each visit in earnest do not last for long (partly because I scoff them fairly rapidly). It’s come a great relief therefore to learn that marzipan is so easy to recreate in your own home – if you’ve got some ground almonds and sugar, you’re pretty much there. For an Easter treat I decided that the Norms needed to become manifested as marzipan forms. But feeling like a little variety, I also made these delicious panellets de piñones – a succulent, slightly coarser lemony marzipan surrounded by a pine nut shell – delicious!

My marzipans are adapted from the recipes of Claudia Roden (in her 2012 book, The Food of Spain) which are in turn a treasure-trove of recipes collected from across the multifarious gastronomic regions of Spain. For the Marzipan Norms, all you need to do is whizz up 200g of ground almonds with 200g of icing sugar in a food processor. Add around 3 drops of almond extract (being careful not to add more as the flavour can become overpowering very quickly) and 2-3 tablespoons of water, one at a time. You don’t need much water as the almond oil holds the mixture together. Knead into a smooth soft paste and then you are ready to start modelling. 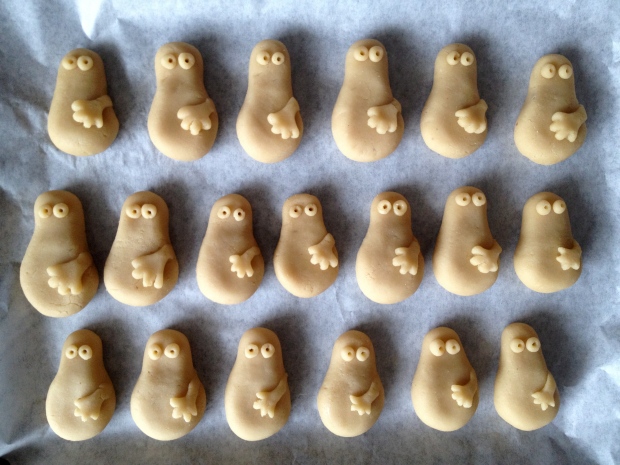 My Norms, awaiting their fate 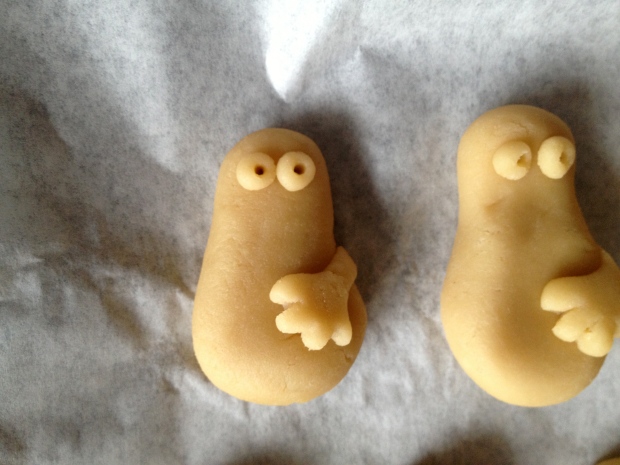 The beauty of marzipan is that the world is quite literally your oyster. You may want to model yours into Norms, but equally, why not try little balls, or as in Toledo itself, how about a mixture of figuritas shaped into fish, snails, shells, saint’s bones…whatever takes your fancy. Once they’re shaped, leave the marzipan figures out on a baking tray. They’ll soon go harder on the outside. After a few hours, lightly whisk up the whites of one egg with a tablespoon of icing sugar and brush a very little on the marzipans to create a glaze (you really don’t need much). Place them under the grill for a minute or in the over at 200C for 2 minutes until slightly browned. 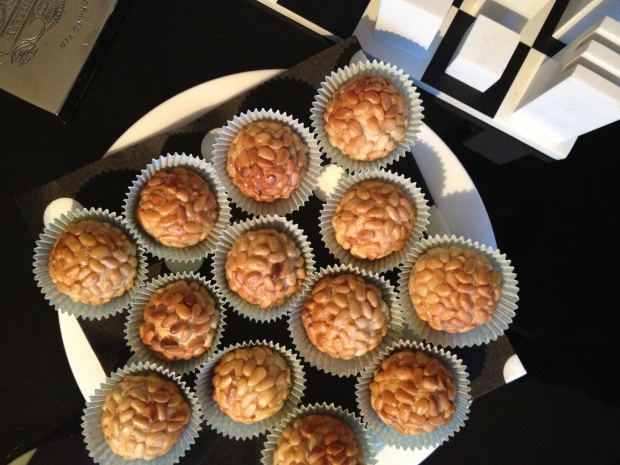 These panellets are a delicious, slightly more complex version of plain marzipans, but the method is similar. Whizz up 200g ground almonds with 150g caster sugar and the grated zest of 1 lemon, with 2.5 tablespoons of water. Plend for a few minutes until the almond oils start to really bind the paste. Break this into equal sized pieces and roll into balls (I got around 16 at around 4 cm in diameter each). Then comes the tricky bit. Roll the balls in a lightly whisked egg white and then into a bowl of around 200g of pine nuts. Press as many as you can into the marzipan in the palms of your hands. But inevitably some with fall off so you’ll have to fill the gaps with the nuts by hand, pressing them in slightly. This is slightly time consuming and fiddly, but SO worth the effort. Once you have a complete “shell” of pine nuts, roll again in egg white and set out on a baking tray. 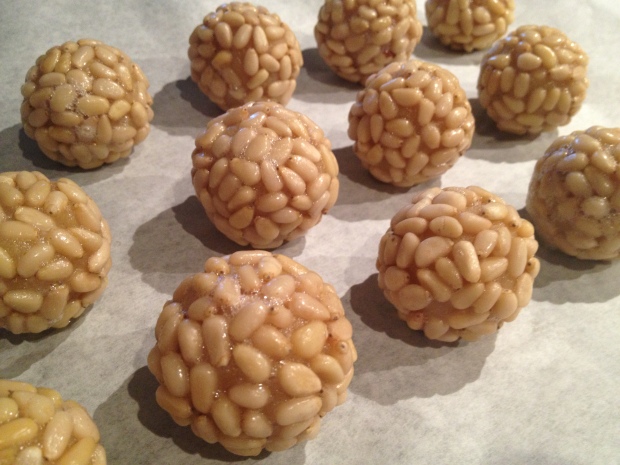 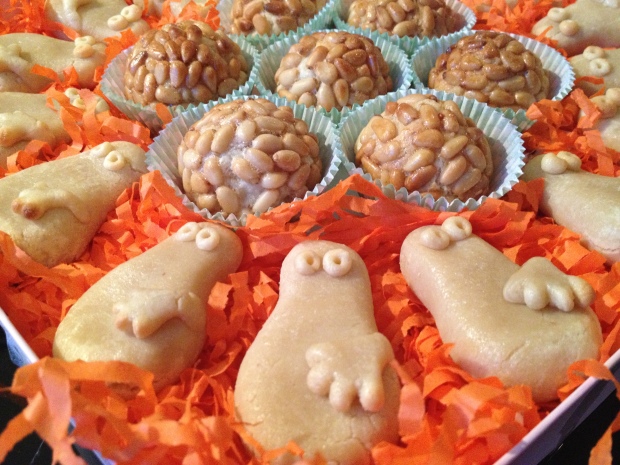 All that remains is for me to wish everyone reading The Daily Norm a Happy Easter, and a fiesta of unapologetically unrestrained chocolate egg and marzipan indulgence!