As the year draws to a close, it is only natural to look back on the highs and lows, and to review everything a little. When it comes to exhibitions, I wouldn’t say that 2014 was necessarily the strongest of years in the UK. I was left a little disappointed by a number of exhibitions I attended, especially at the Royal Academy and Tate Britain. However that is not to say that there were not a number of sure hits. My top 5 exhibitions of the year (in no particular order) have to include the Matisse Cut-outs at Tate Modern, Malevich at Tate Modern, Egon Schiele at the Courtauld, and Rembrandt at the National Gallery. But for the final of the 5, one further exhibition has managed to squeeze into my year’s hit-list, just before 2014 expired: Conscience and Conflict: British Artists and the Spanish Civil War at the Pallant House Gallery in Chichester.

As far as modern world history goes, the Spanish Civil War is too often overshadowed by the longer, larger Second World War that followed it. But none can underestimate the significance of this conflict which, in effect, lasted decades beyond the cessation of fighting, and not least because this was one conflict where the Fascists won the war, right on the doorstep of democratic civilisation. And it was this fear – the very real concern that fascism might win at a time when two major fascist dictators were already installed in Germany and Italy, and when a greater world conflict seemed more than likely – that inspired the artistic reaction amongst British Artists that is the focus of this excellent exhibition. 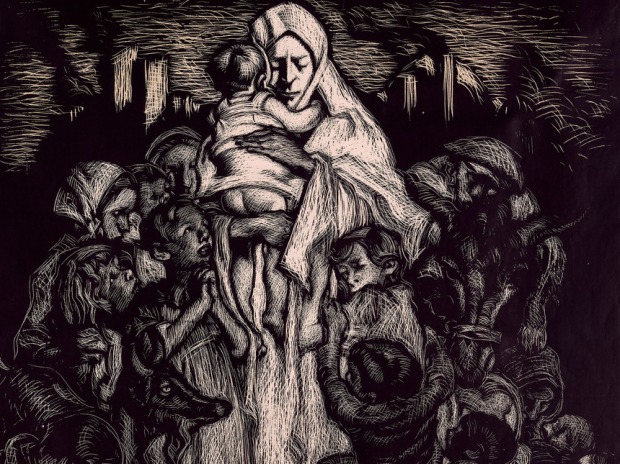 Frank Brangwyn: For the relief of women and children in Spain (1936-7), detail 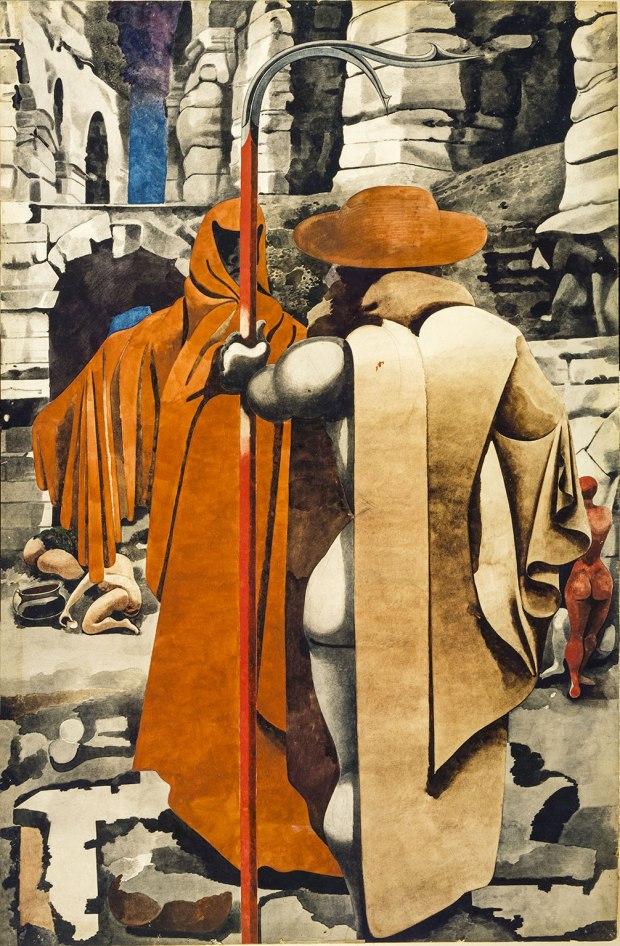 For British Artists between 1936-9 were reacting not just to the horrors of the war, often with surreal images (Edward Burra’s brilliant watercolours being a prime example), destroyed landscapes (Merlyn Evans), and distraught victims (Henry Moore and Picasso), but also to the innate frustration that the British Government had adopted a non-interventionist policy. This felt like utter madness when the fascist leaders of Europe were actively intervening in the Fascist cause, and caused artists of Britain to uprise, creating brilliant propaganda posters supporting the Republican Cause and, ultimately, fighting in the war themselves. 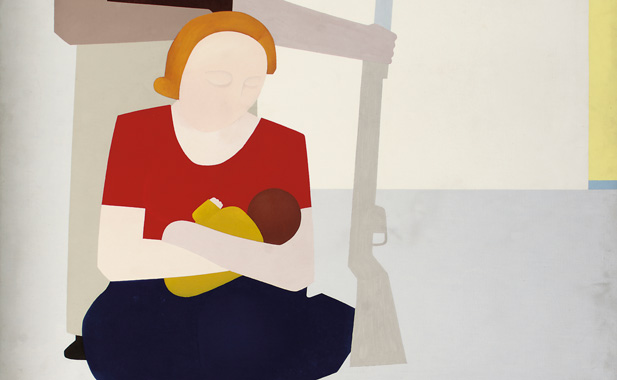 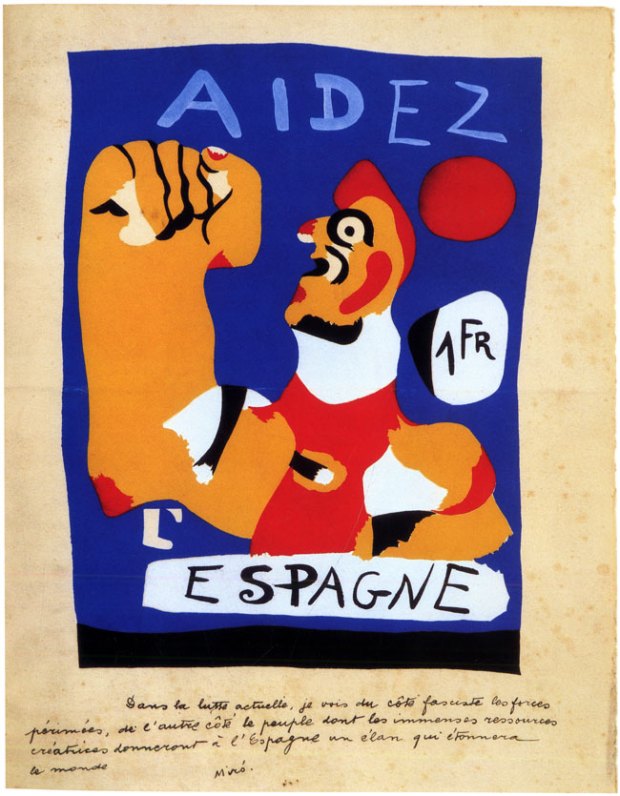 So this is an exhibition of posters and of paintings, all sharing the high tensions and morbid premonitions of the time. How apt, for example, was Walter Nessler’s Premonition in 1937, in which he imagined London suffering the same bombardment as had destroyed the Basque town of Guernica only weeks before. How right he was, for only 3 years later, his imagined landscape would become a stark reality for Blitzed London. Those tensions are also brilliantly played out in posters such as Brangwyn’s For the Relief of Women and Children in Spain, which uses the catholic imagery of Mary to emphasise the war’s human plight, especially amongst Spanish Children, and of course in Picasso’s Weeping Woman, painted at the same time as the most famous of all reactions to the war, Guernica, and which makes for a sensational focus of this exhibition.

Conscience and Conflict has only 6 weeks to go, but it’s a truly brilliant exhibition, and if you can’t make it your last favourite of 2014, make it your first of 2015. The exhibition closes on 15th February 2015.