Lady with a Yellow Sleeve (after Corot) 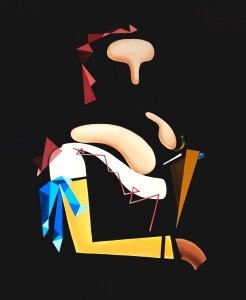 How things change. Having become so accustomed to walking the hallowed halls of London galleries for every changing exhibition, I now tread the sun dappled pavements of Palma de Mallorca and admire the beauty of nature rather than the beauty of paintings which capture it. However on occasion I get the opportunity to return to the London galleries I love, and the other weekend, I had the quick chance of dropping into the National Gallery where I was able to enjoy a temporary exhibition: Painters’ Paintings, which explored the impressive collections of art owned by some of the most renowned artists. Amongst an exhibition including a vast range of works from Titian to Picasso, the one painting which impressed me the most was formerly owned by Lucian Freud and painted in around 1870 by Jean-Baptiste Camille Corot, The Italian Woman or Woman with Yellow Sleeve. 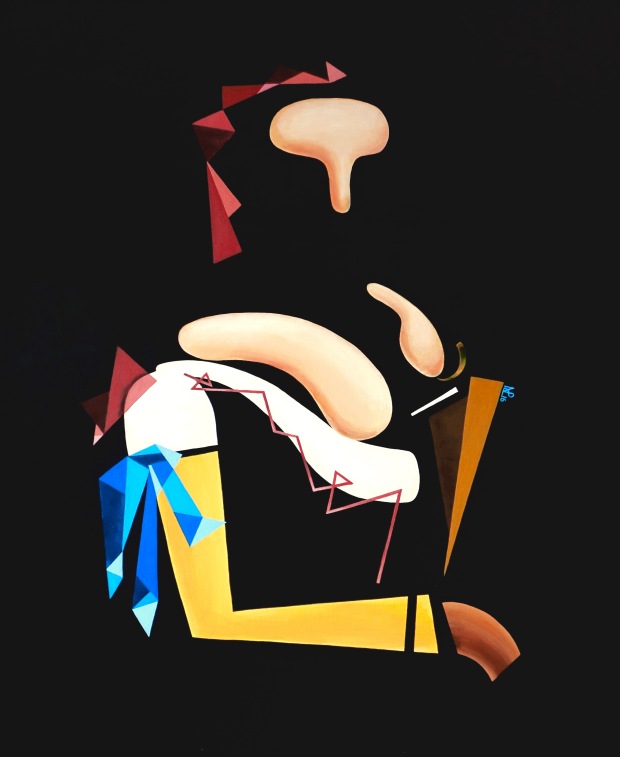 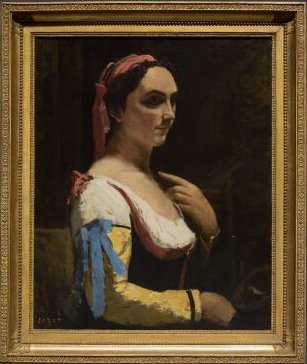 With its striking balance of colours, from the vivid red and blue of the lady’s dress to the yellow sleeve after which the painting is named, all set off against a morbidly dark background, you cannot help but be captivated by the work. No wonder the National Gallery chose to use the work as the poster-piece of their show. And as I approached the work, it was another one of those moments when a painting stirred me and I knew that an abstractive reinterpretation of the work was forming in my head. And here it is!

I would’t normally be overly attracted by a portrait of this kind, not least one where the sitter is gazing inwardly within her own world rather than outwards to the audience. But because of the colours Corot used, the painting moved me, and it is those colours which are allowed to shine in my simplified reinterpretation of the work. I hope you like it!