We are not the most social pair, my partner and I. When it comes to the choice between a crowded room or an empty field, we will always go for the latter, finding beauty in the tranquility of nature, rather than the bustle of a hyperactive grouping. Perhaps it is the after-effect of city life – I remember sometimes feeling the opposite living in Mallorca, when the loneliness of the stark mountain scenery had us wishing for civilisation and the safety that comes with being one of a crowd.

Given that it was the bank holiday weekend, Windsor was pretty packed, and when it came to that same choice between a crowded high street and the contemplative remoteness of nature, we embraced the latter to the strongest possible degree, even when it took real efforts to do so. 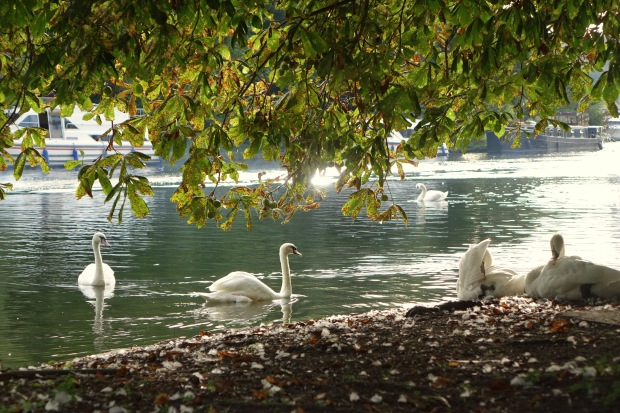 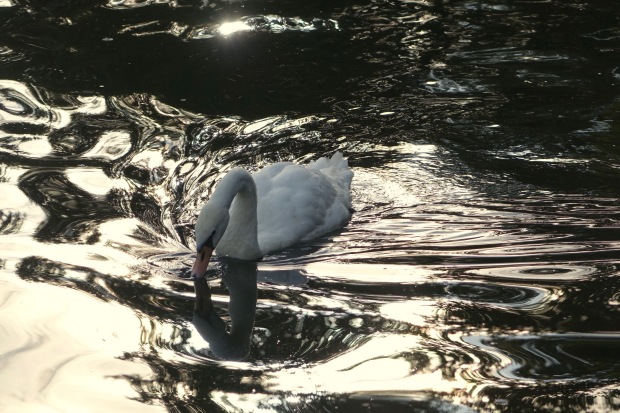 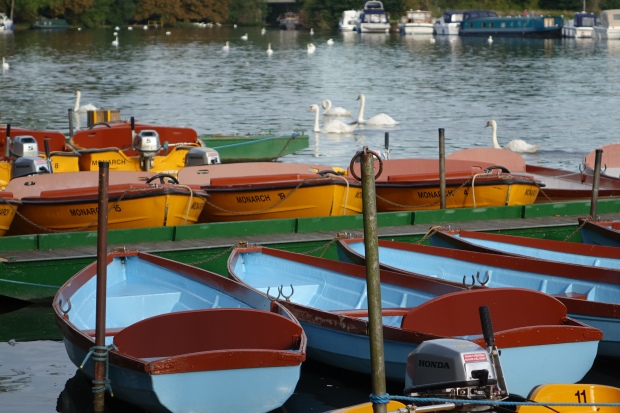 Chief amongst those endeavours was our determination to rise early and enjoy the town, and more particular the banks of the River Thames, without the interruption of crowds. And so by 7:30am, we were already to be found down by the mirrored surface of the water with only swans for company. And what a lot of swans there were. At one point, when we wandered under a bridge onto a tiny peninsular literally loaded with swans preening themselves, sleeping and feeding, we empathised perfectly with how Edgar Degas must have felt, when he walked into the dressing room of the Opera Garnier in Paris, with countless ballerinas preening themselves in preparation for their stint on stage.

The River Thames was very much the perfect swan lake for us that golden early morning, and with very little else to disturb the silence, we enjoyed a walk of utmost tranquility before the imposing silhouette of Windsor Castle. Gradually, as the hours ticked on, more people appeared: jogging, walking the dog, and getting ready for the day. But having had our fill of nature enjoyed in the quiet peace of daybreak, we were once again ready to face those burgeoning Windsor weekend crowds.