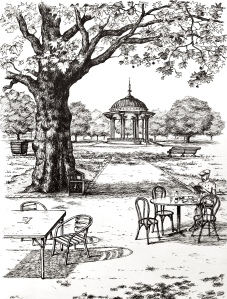 Autumn is a love-hate time for me. On the one hand, I relish the new spectacle of fiery colours transforming the landscape from green lushness to a wealth of auburn warmth. On the other, I bemoan the passing of my favourite season of Summer, and the conclusion of my sun-drenched travels, which feel as though they have ended before they even begun. But in this latter respect, I have an antidote, right around the corner from my London home; a place where I can go and feel every inch as though I am back on holiday, surrounded by the vivacity of the Sicilian spirit, and food to match the very best Italian fare: La Baita on Clapham Common.

Located at the very centre of the Common, alongside the grand Victorian bandstand after which the cafe is named, from a distance you would assume La Baita is your bog-standard park cafe selling bacon butties and ice cream. However the Italian name signifies that this cafe is more than your British norm. Rather, run by Sicilians and southern Italians with a true passion for the food of their great nation, it is a fantastic little eatery with food so good that I have never found an Italian restaurant in London to beat it. 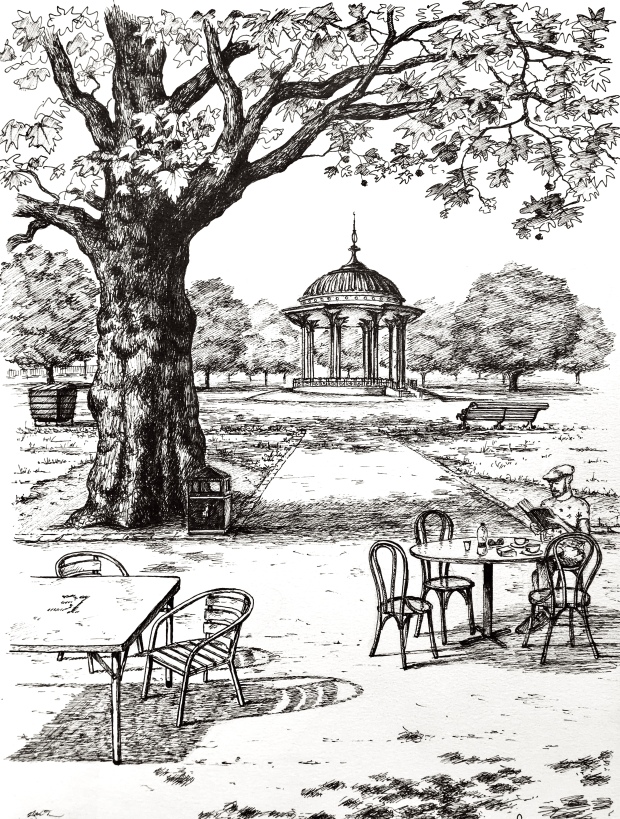 Whether it be because of the fine food, the passionate staff, or the beauty of its parkland surroundings, La Baita has become our “local” in every sense of the word. Some weekends we even go twice a day! So it felt only natural that over our last few visits, I should capture the cafe’s terrace in my sketchbook, at the season’s leafy best. After all, it won’t be long before those leaves have fallen ground-wards, and the terrace of La Baita becomes paved with a transient crispy carpet of auburn gold.