Málaga | Part 2 – The Jungle and the Genius 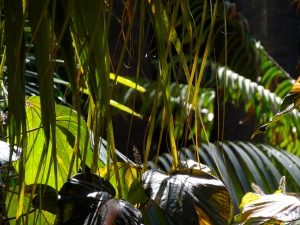 It is said that Henri Rousseau, the post-impressionist famous for painting lush jungle scenes complete with hunting lions, terrified tigers and monkeys feasting off tropical fruits, never actually went to the jungle. Rather he took his inspiration from the plentiful species of tropical plants kept in greenhouses at the Jardins des Plantes in Paris. Yet had Rousseau travelled a little further south, to his neighbouring Spain and down to the Mediterranean city of Málaga, he might have stumbled there upon a jungle paradise so profuse in its verdant abundance despite being located right at the heart of the urban city, that he might truly have considered himself to have entered Amazonia.

Yes, my thoughts could not help but stray to Rousseau, one of my favourite of all artists, as we strolled – my partner and I – through Málaga’s impressive centre at the start of our second day in the city, discovering there this inexhaustible cornucopia of botanical ravishment running alongside the port on one side, and the city’s main artery – the aptly named Paseo del Parque – on the other. So profuse in their scale and variety, palms and flowers, ferns and fronts burst from flower beds like an unplanned jungle paradise, with rich coloured leaves glowing red and pink and a vibrant lime green against the morning sunshine, while winding paths cutting through overhanging boughs and under a shelter of richly layered leafy canopy made for a walk which was both tranquil and invigorating. 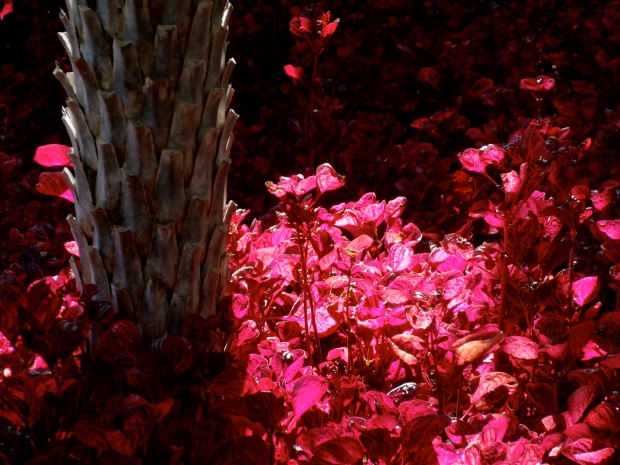 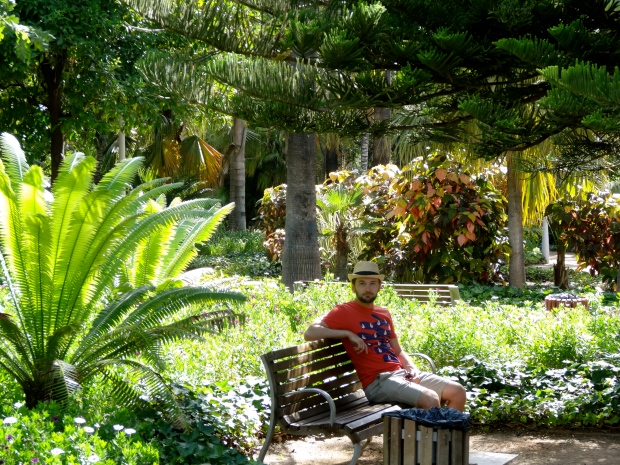 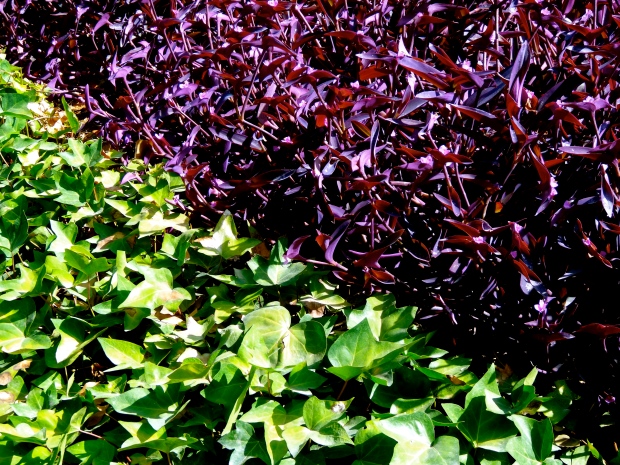 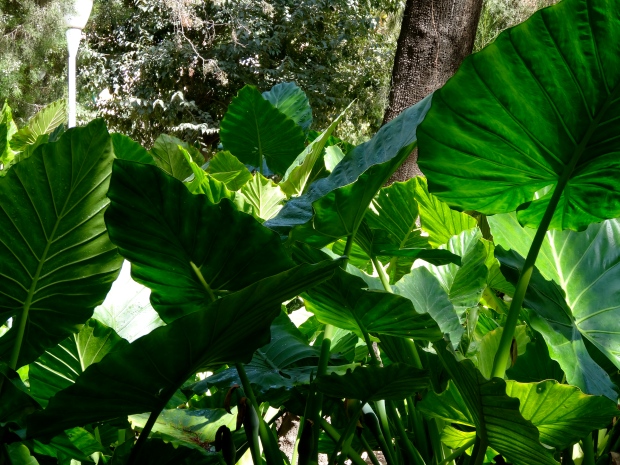 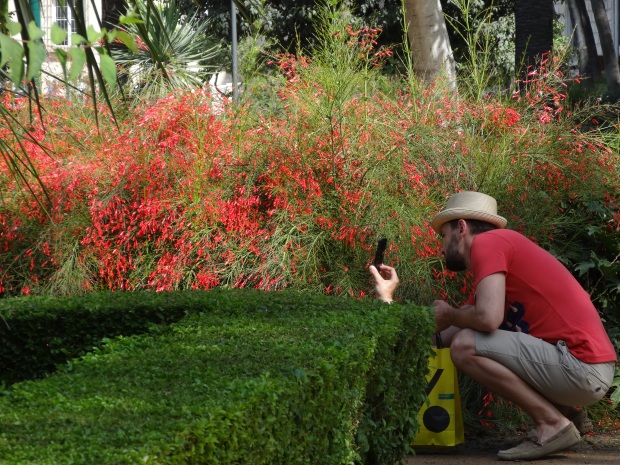 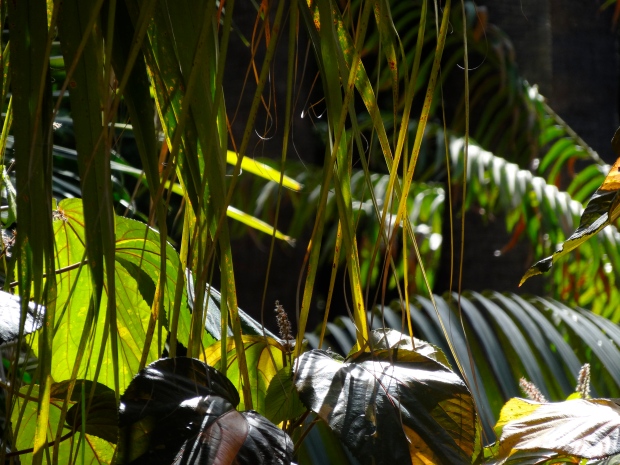 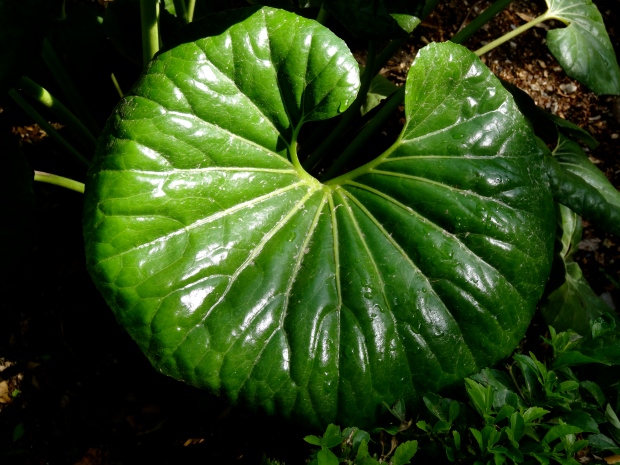 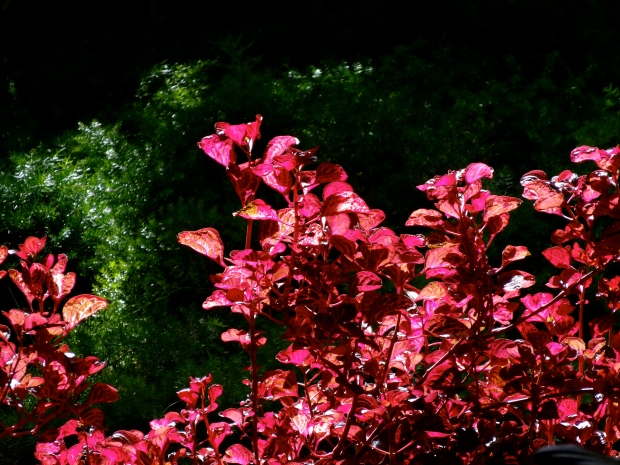 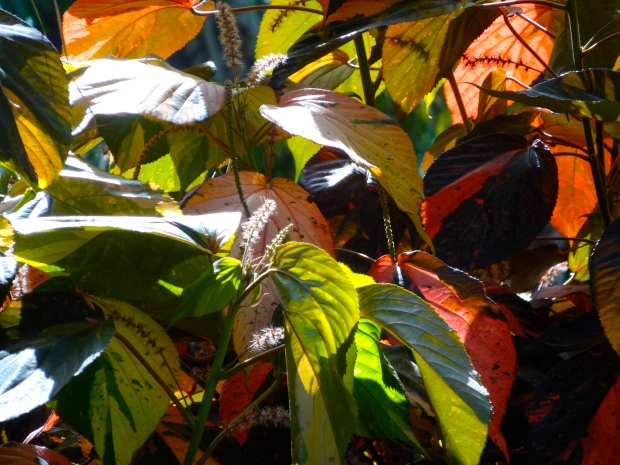 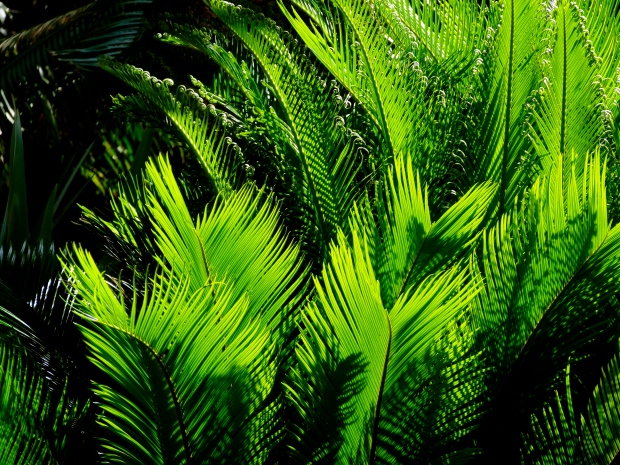 I could go on about that park all day, and I could show you so many more photos of the rich variety of plant life than I have featured on this page. Needless to say, the park – a free-to-access world of botanical discovery – is but one further feature which makes a visit to Málaga such a satisfying experience. For beyond the impressive galleries, the museums and the imposing cathedral lies a city whose natural landscape benefits from a glittering coastline, a wide sandy beach and a flashy new marina, as well as a backdrop of undulating mountains and a city centre bursting with plant life. And beyond the greenery, a city of elegant narrow winding streets and broad boulevards lined with shiny marble pavements has developed, with large squares and shops, cafes and restaurants to rival any of Spain’s more prominent cities. 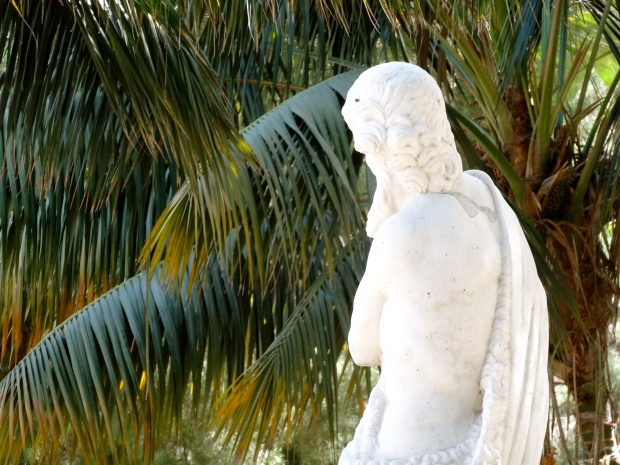 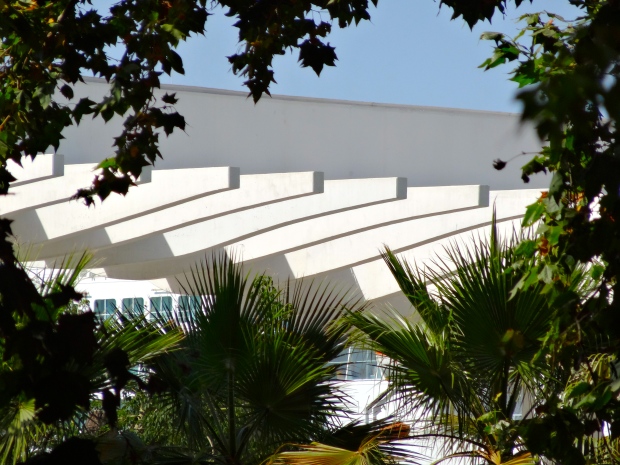 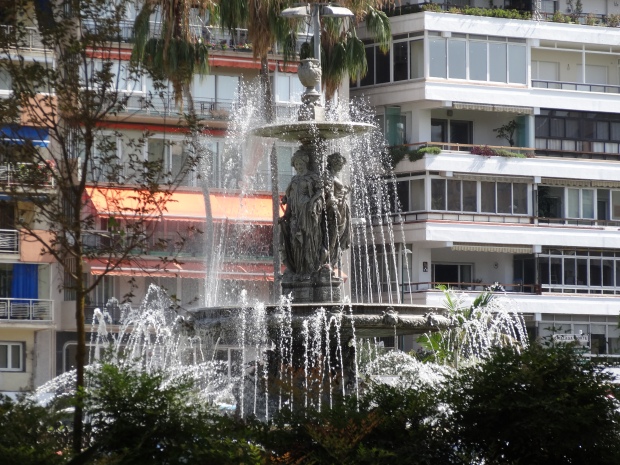 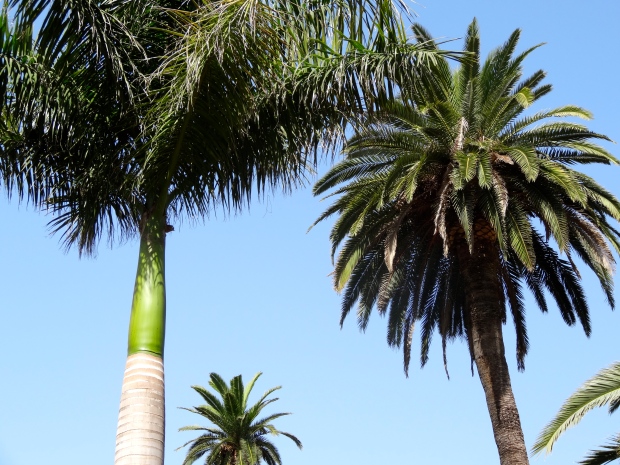 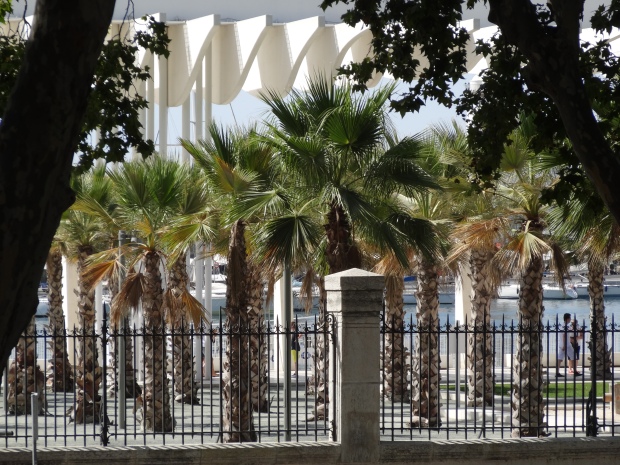 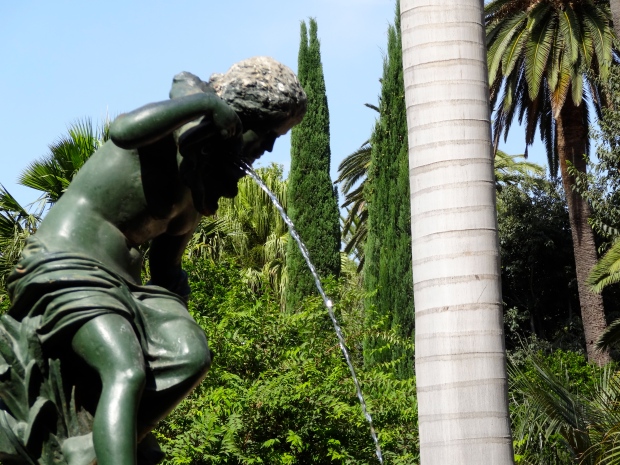 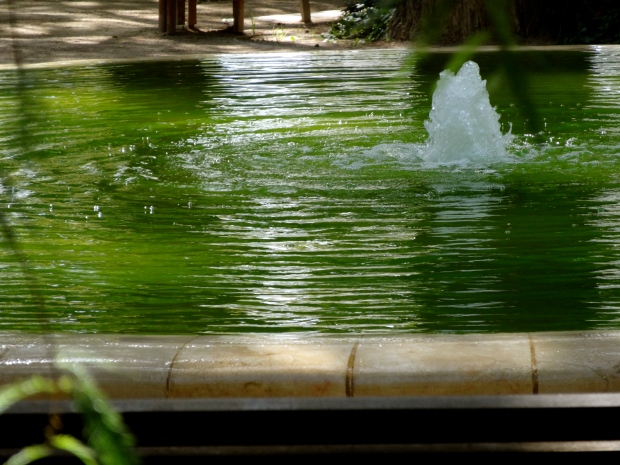 But there’s no denying that for all the history, the seaside location and the jungle which so entranced me, Málaga is perhaps best known for being the birthplace of perhaps the most famous artist of all times – the breaker of faces, father of cubism and all round genius Pablo Picasso. And unsurprisingly, the city’s superb Museo Picasso Málaga remains the number one attraction of the city. Located a mere block away from the cathedral, the museum is located in a former palace which has been so sympathetically but innovatively modernised to house the museum that I love visiting just to see the building alone. With its all white walls, preserved moorish ceilings, and groups of precisely aligned red geraniums all housed in black ceramic pots, it is the height of architectural chic, and the perfect backdrop to Picasso’s multi-coloured works.

The chic gardens of the Museo Picasso Málaga 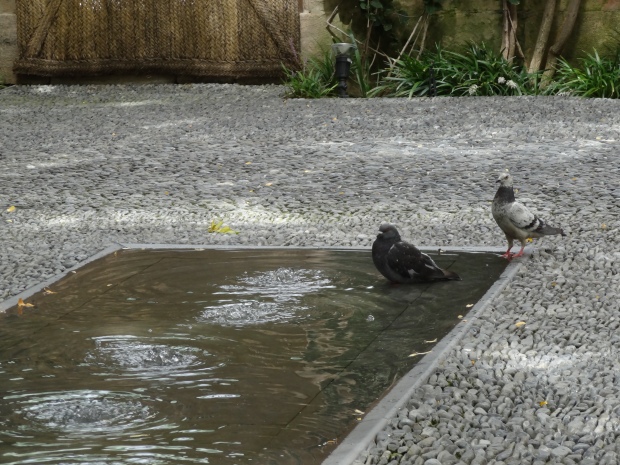 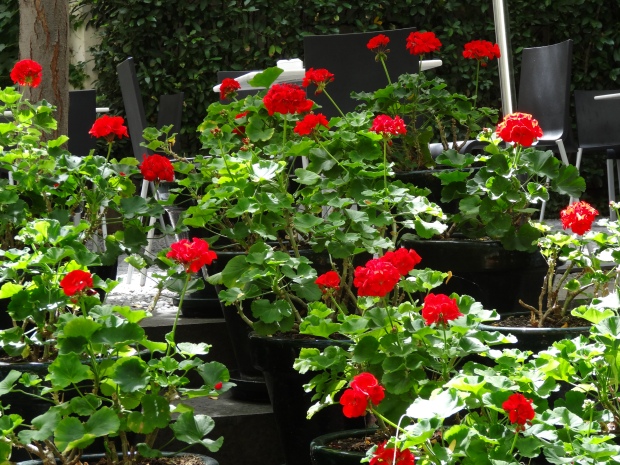 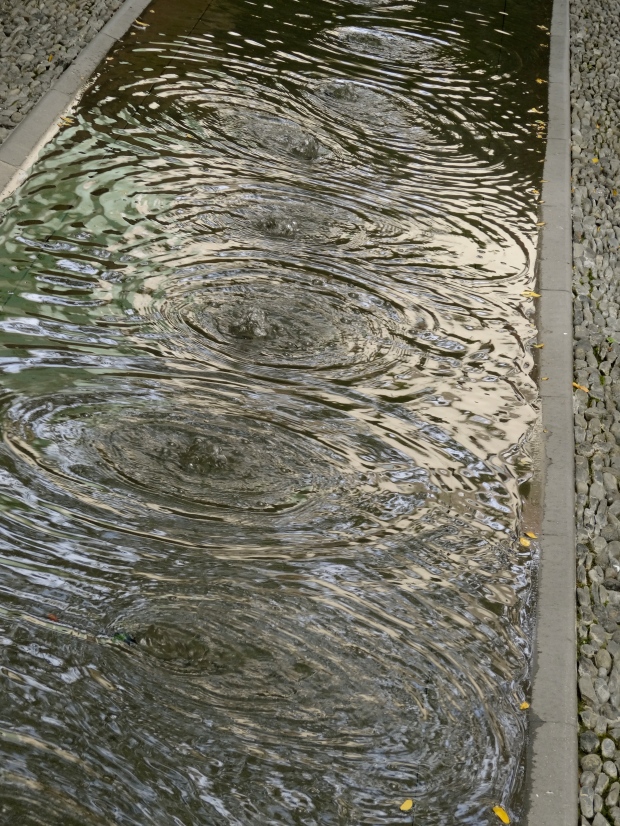 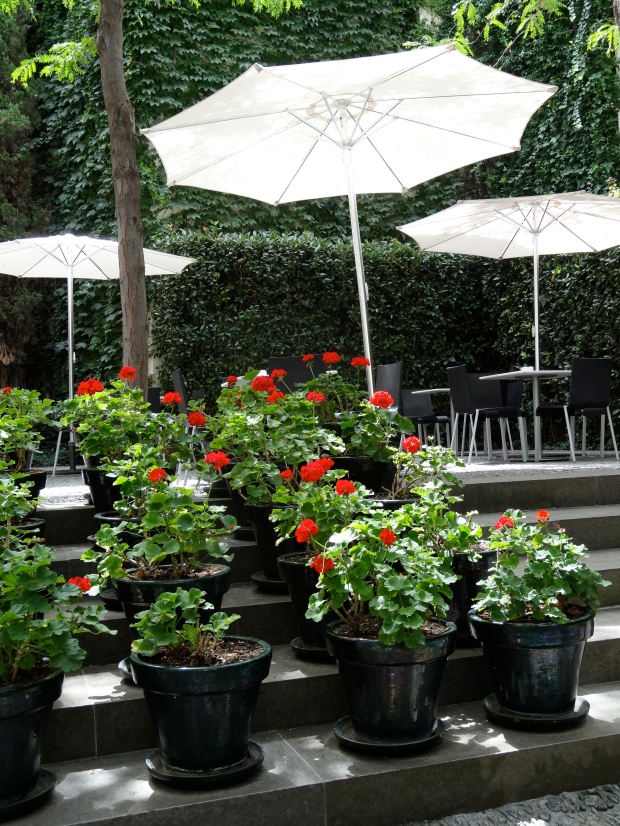 Although I must have been to the museum at least 3 times before, I could not resist returning on this trip to Málaga, not only to indulge in the beauty of the museum’s surrounds, but also to enjoy the temporary shows which have been organised in celebration of the museum’s 10th anniversary. The first was an exhibition dedicated to Picasso’s depiction of family – a show which proved to be comprehensive in scale and offered an expansive view across the whole of Picasso’s career, as his depictions of family and friends remained a consistently prominent theme running throughout his art, but one which became subjected to his ever changing styles, from fine art figuration, to cubism, from blue period to pink, and finally to the fragmented faces and naive representation for which Picasso is now most famous. 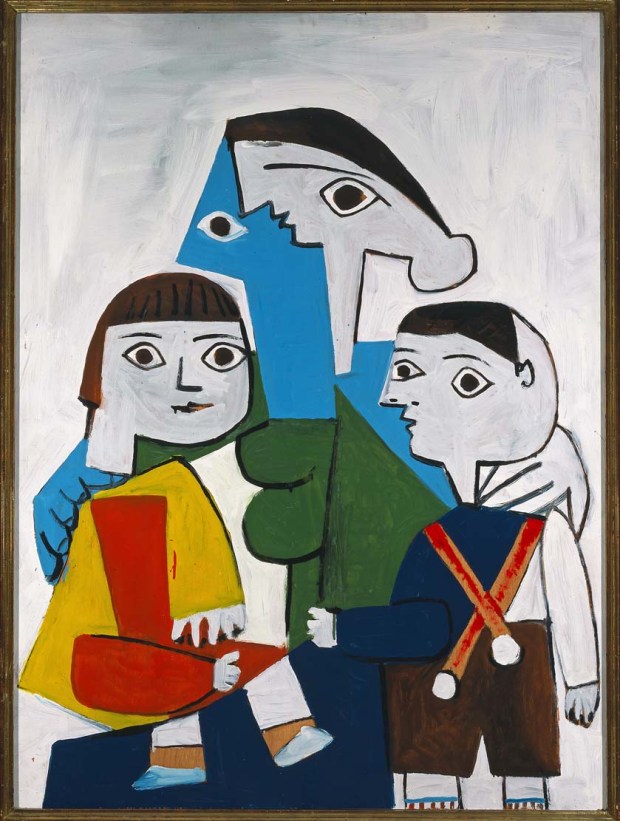 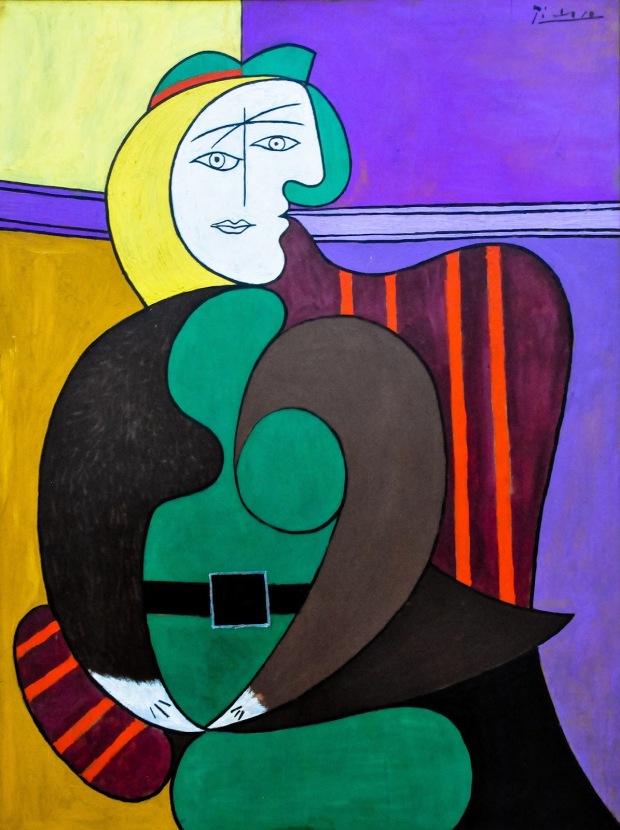 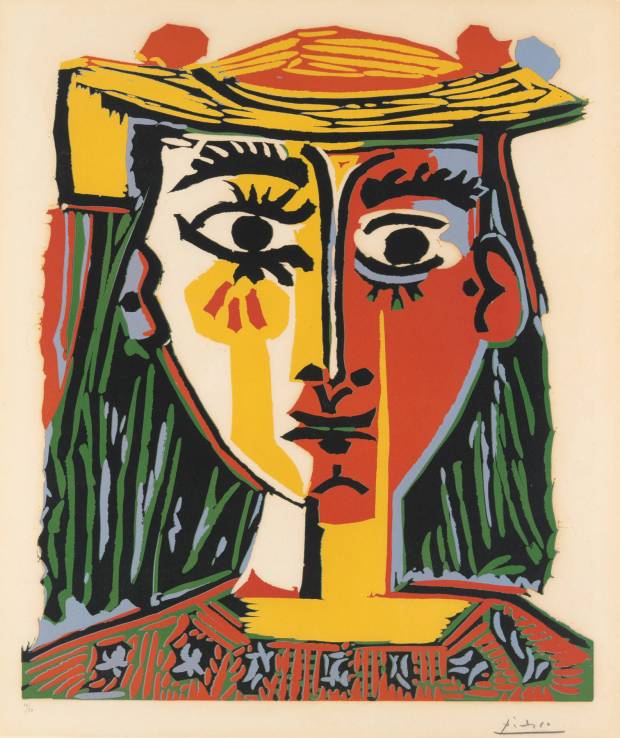 The second temporary exhibition had very little to do with Picasso at all – rather concentrating on the actor come photographer come artist come director Dennis Hopper, who made for a superbly curated, dynamic show which explored not just the persona of Hopper but also the time in which he lived through photographs of 60s America, through his association with revolutionary artists such as Andy Warhol and David Hockney, and through his collection and contribution to the pop art movement. A brilliant show and demonstration that the Picasso museum is not just a one-trick pony, but an important contributor to Málaga’s dynamic cultural landscape. 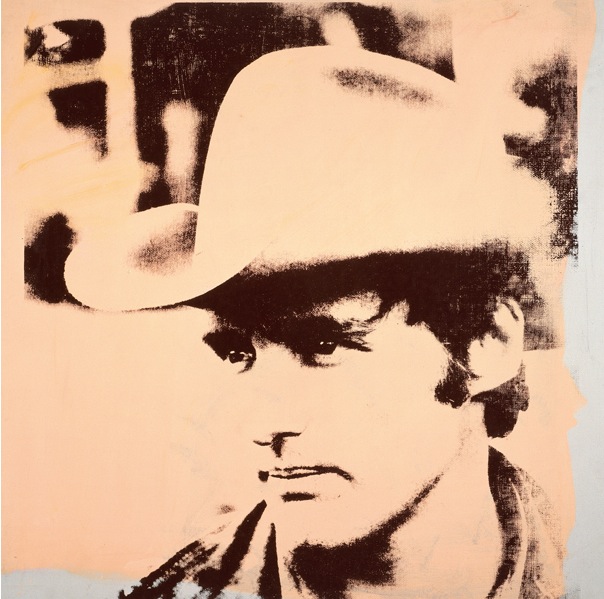 But what with the culture, the ever beckoning elegant streets, the vast parks and the long seaside paseos, the Picasso Museum pretty much marked the end of the road for us, as our feet throbbed and our energies became exhausted in the hot August heat. For only 40 minutes away by bus, Marbella again awaited, amid promises of lazy beach days, of mint tea in the garden under the perfumed jasmine tree, of painting in the afternoons and long seaside coffees in the morning, and of a little old town house which, for its proximity to the stunning city of Málaga alone, I feel very lucky to call home.