Whether it’s because the city was recently working towards a bid for European Capital of Culture (which disappointingly, was won instead by San Sebastian in Spain’s North – not entirely sure why), or just because it was sick of being forever overshadowed by the glitz and glamour of Marbella to the West, and the popularity of tourist spots such as Nerja and Granada to the East, Málaga – the 6th biggest city in Spain and the most southern large city in Europe – has certainly upped its game of late. Following on from the introduction of the phenomenal Picasso museum a decade ago (Málaga is the artist’s birth-town), the city has gone on leaps and bounds to develop its cultural and leisure landscape, making it easily one of the most enriching and enjoyable places to visit in Southern Spain.

Asides from the Picasso Museum and a host of other novel museums dedicated to the likes of Flamenco, bull fighting and Semana Santa, Málaga also boasts two major archaeological treasures – the Moorish Alcazaba, whose walls crown one of the prominent hills encircling the city, and an excavated Roman Theatre. Its wide sandy beach is now accompanied by a brand new leisure port, following a huge reconstruction of the area in which an industrial marina has been transformed into a glitzy promenade boasting glass fronted boutiques and restaurants and a palm-lined avenue. And as for its art scene – well it’s alive and kicking, with the CAC Contemporary Art Museum showing some of the most prominent artists of the contemporary art world, and the latest and most exciting addition of all: the new Carmen Thyssen museum, an outpost of the world-famous Thyssen-Bornemisza Museum which is one of the “big three” art galleries (together with the Prado and the Reina Sofia) drawing art lovers in their millions to Madrid.

The elegant streets of Málaga 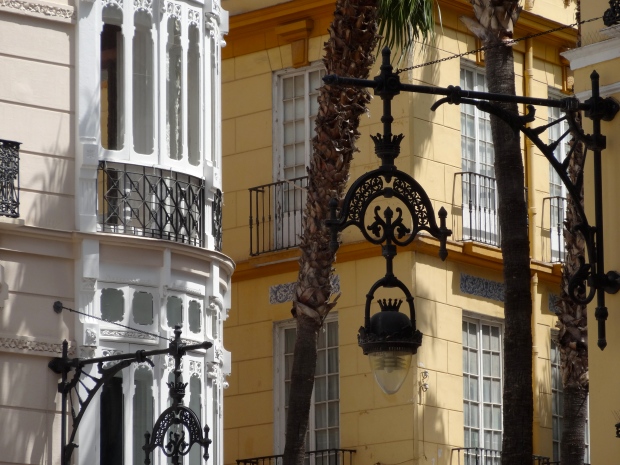 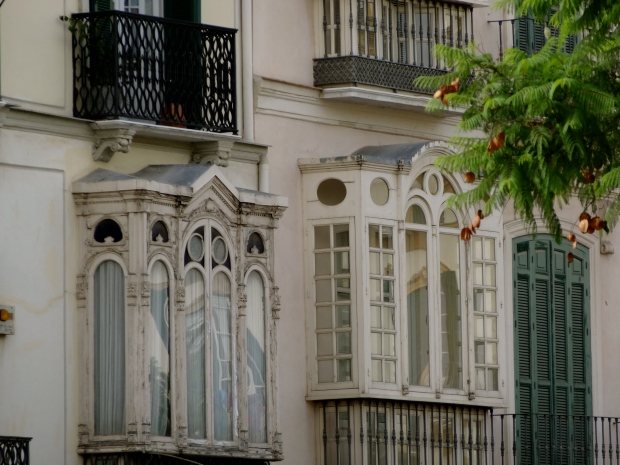 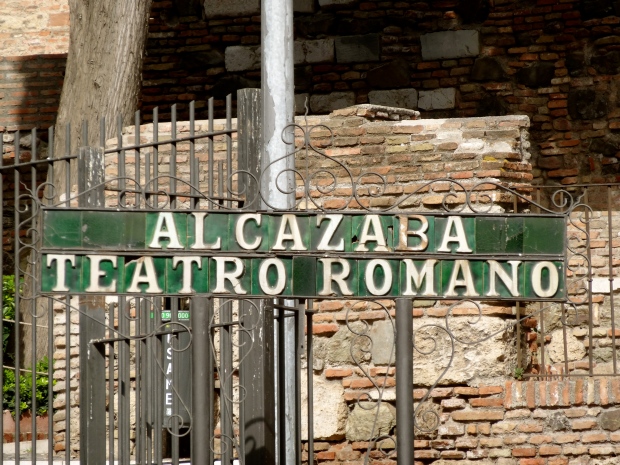 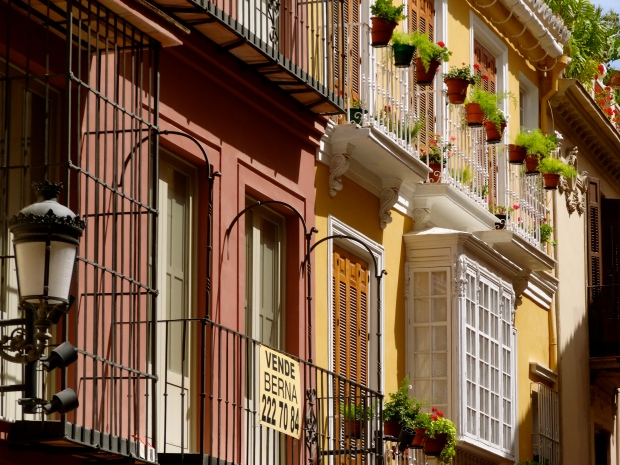 Having learnt that the Carmen Thyssen museum had now opened (it actually opened in 2011, but I was a bit slow in picking up on this), my partner and I were quick to arrange ourselves a little trip from Marbella to Málaga, leaving behind the beaches for a short immersion within Málaga’s cultural offerings. But what with the opening of the new port, and the attraction of Málaga’s elegant Modernista streets beckoning, we felt it only reasonable to turn our initial plans of a day trip into a one-night stay. And so it was that our trip to the city was enriched by the silky lining that only the comfort of a night in a splendid hotel can offer, comfort which comes no more so that at the hands of the Molina Lario Hotel which we made our home for the night, a newish hotel based in a hybrid renovation of modernist palace and brand new building, and which boasts a stunning rooftop pool with unbeatable views over Málaga’s “one-armed lady”: the Cathedral whose second bell tower was never finished owing to a lack of funds, and which today is the most famous icon of the city.

Now how about this for a pool with a view… 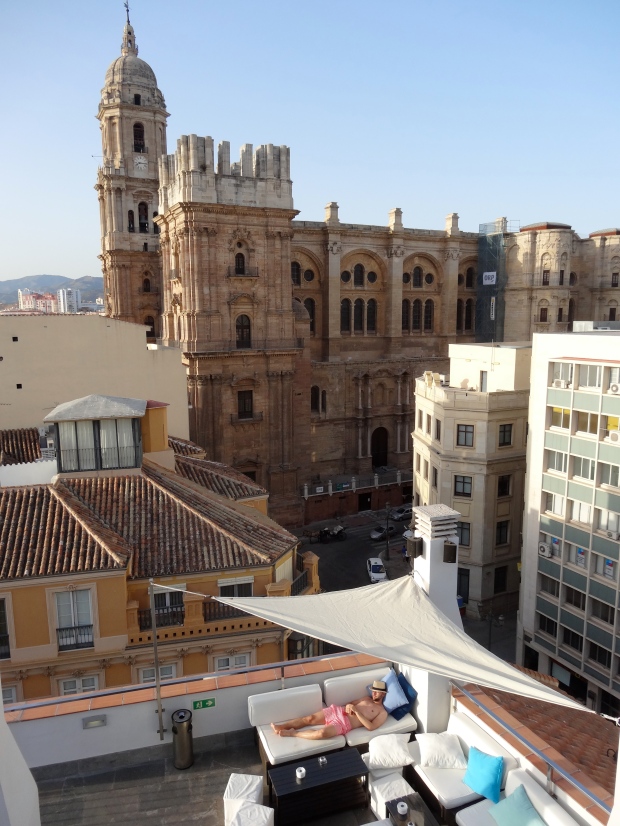 As the photos above will more than demonstrate, we certainly made the most of all that the hotel had to offer, and sipping wine on the pool side terrace overlooking a vast panorama of the city in the dying light of the day has to have been one of my highlights of the whole Spanish holiday. But what about that museum? Well once we had managed to pull ourselves away from the plentiful distractions which our hotel provided, we headed straight for the Thyssen, our passage being interrupted only once or twice by the pull of the beautiful Plaza del Obispo, whose iconic red and yellow Episcopal Palace and its viewpoint straight onto the façade of Málaga’s imposing Cathedral made a stop in the idyllic square for a glass of something ice cold and thirst quenching a practical prerequisite. But thanks to the Thyssen’s superb location, just west of the main Plaza de la Constitucion, we soon made it to this impressive new museum, whose architecture, based around the old Palacio de Vaillalon but benefiting from innovative new extensions is, in itself something to be admired before the collection is even surveyed. 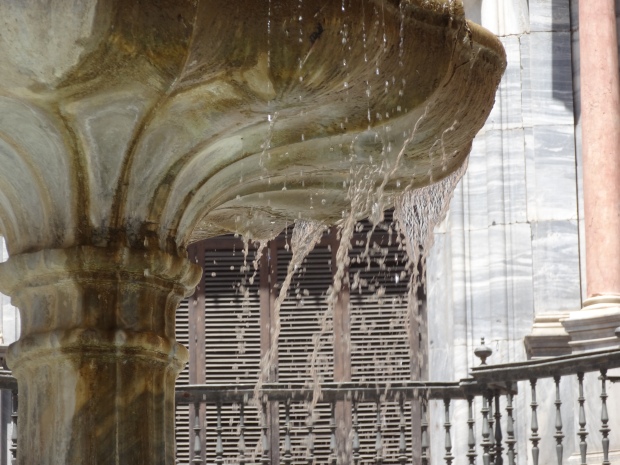 …and the Carmen Thyssen Museum 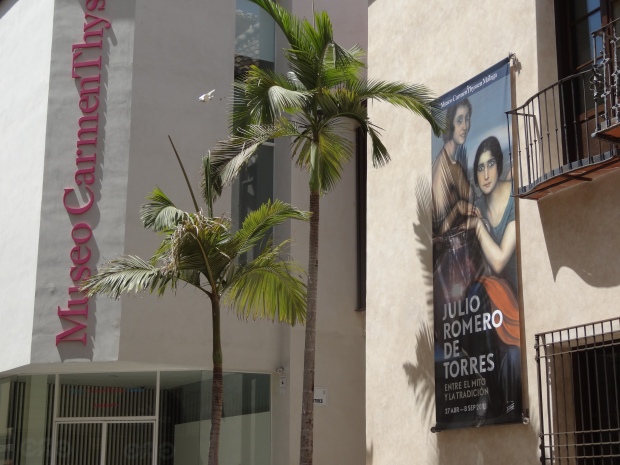 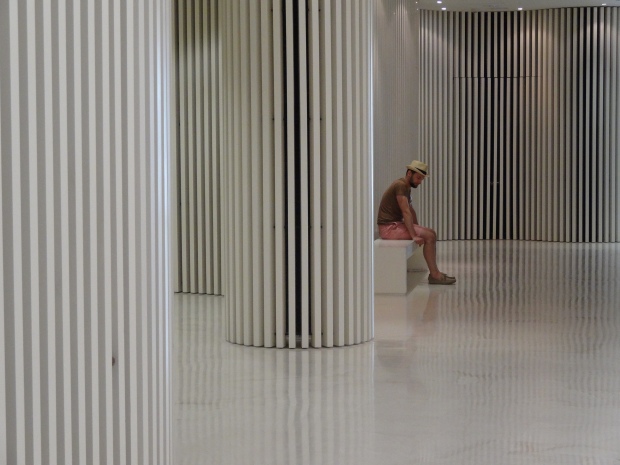 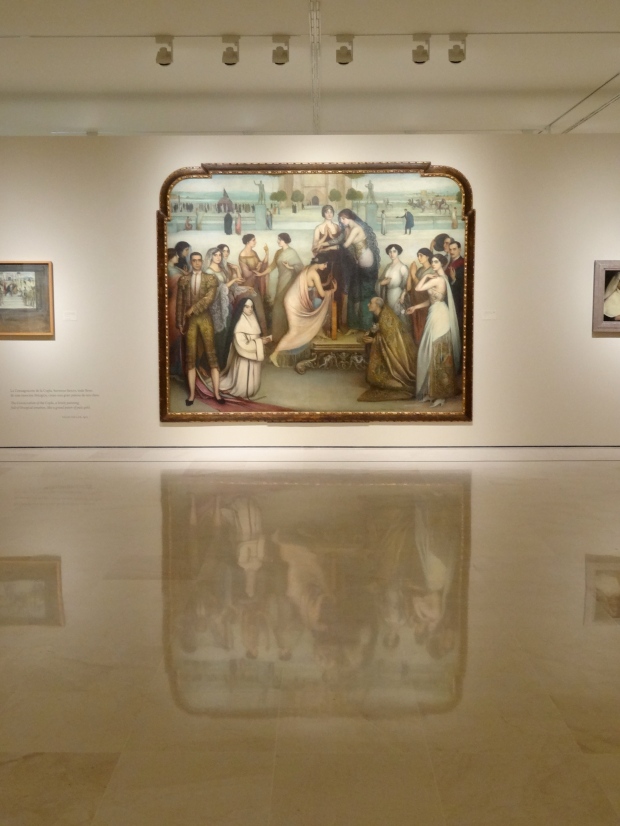 Having entered through the museum’s sun drenched traditional courtyard, and helped ourselves to a small cortado coffee and a miniature lemon meringue pie in the café, we slowly made our way around the museum’s four floors of Andalucía-based art, largely emanating from the 19th century. I have often heard this period of Spanish art, between the golden age greats of Velazquez and El Greco, the traumatic masterpieces of Goya, and the 20th century brilliance of Picasso and Dali, to be dismissed as insipid; even boring. But for those who love the rich history-rich culture of Southern Spain, this collection is a treat. From street scenes showing the Easter Semana Santa parades in all their lavish details, and almost impressionistic depictions of the Spanish coast, to stunningly detailed paintings of traditional Andaluz patios, and crowds bursting into local bull rings, there really is something for everyone in this perfectly located collection which really does beat to the rhythm of Andalucía’s heart.

Our visit also coincided with a temporary exhibition of Cordoba based Julio Romero de Torres (1874-1930), a master of  Andalucían symbolism, with an oeuvre associated with popular and folk trends, interspersed with the wide-eyed females who languish so prominently and poetically across his canvases against strangely surreal, often looming skies. 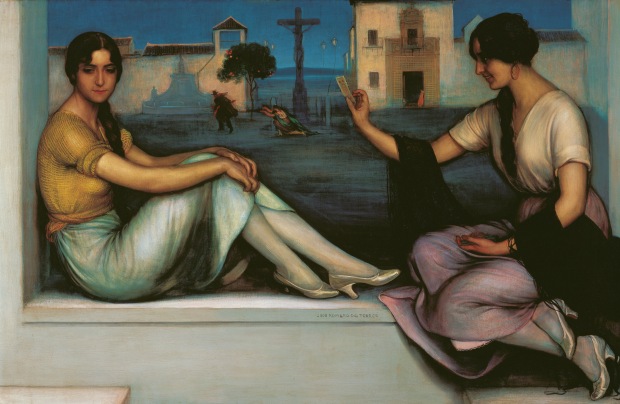 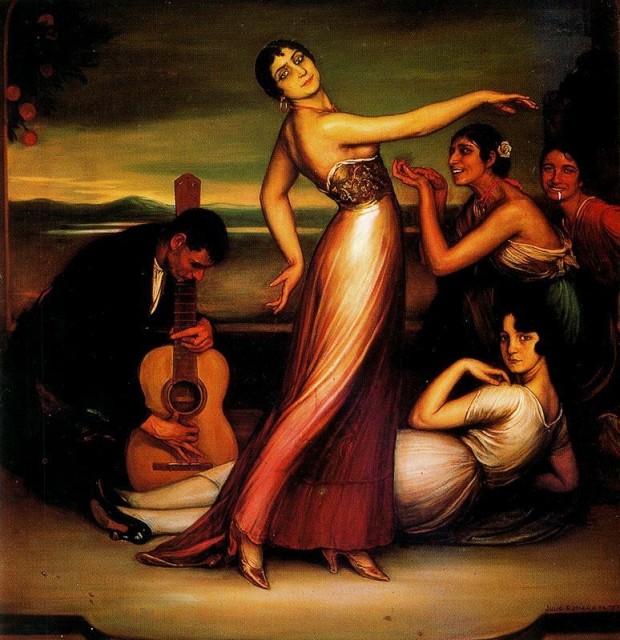 Back at the hotel, our feet pulsating after an afternoon exploring both the Thyssen and the elegant streets and Plazas surrounding it, all that remained was to enjoy that incredible view from the comfort of our hotel’s rooftop swimming pool, and later to dine in the city’s bustling tapas-bar lined streets, with a stroll along the glittering new port before bed. The perfect end to a day as rich as Málaga is abundant – in culture, in architecture, in beauty, and in progress: No longer just the gateway to the Costa del Sol, Málaga has surely earned its place as one of Spain’s must-visit cultural centres. 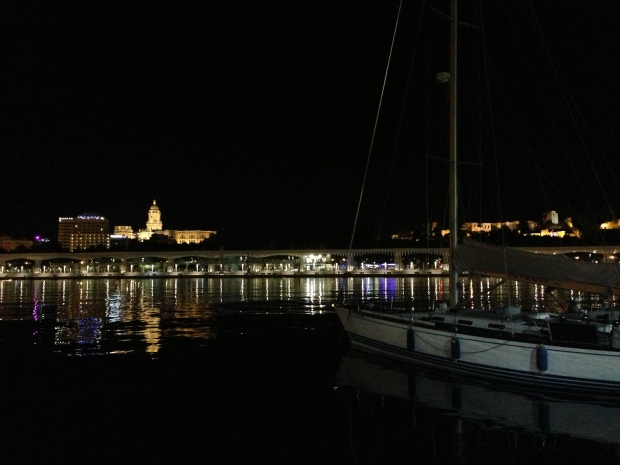 Details of the Carmen Thyssen Museum, including temporary exhibitions and future shows can be found here.