Announcing the details of my May 2014 solo art exhibition! 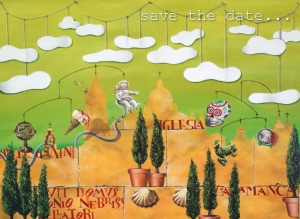 After some 6 years in the waiting since I last exhibited as a solo artist in London, I am delighted to announce that in May 2014, I will be holding the most comprehensive survey of my art ever. Concentrating on three distinct periods of my artistic output, all of which have been integral to my development as an artist since my last solo show, When (S)pain became the Norm will display paintings grouped to reflect those periods – Pain, Spain and Norms.

In Pain, I will exhibit the often traumatic but importantly cathartic set of paintings which I created during the protracted three years of recovery after the major road traffic accident in which I was involved in 2008. In Spain, I explore my works based on Spanish society, history and culture, themes which have been so significant in influencing the direction of my work over the last decade. And finally in becoming the Norm, I exhibit the works which I created upon the initiation of this very blog; the new paintings which saw me reintroduce the Norm as a prominent icon of my art. 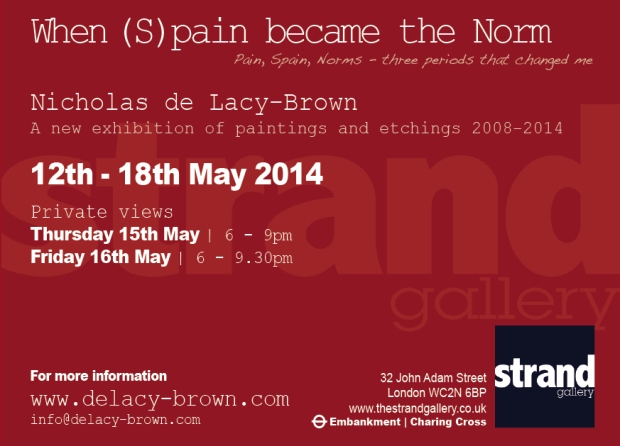 This exciting exhibition, which will show over a hundred works ranging from large canvases to small Norm sketches will be hosted by the Strand Gallery, centrally located in John Adam Street just off the Strand in London’s Covent Garden. Bang next door to Charing Cross Station and a few hundred metres from Embankment tube station opposite the London Eye, I could barely wish for a more central gallery. And spread as it is across two floors, there should be plenty of space for my art to be shown at its very best.

The show will include… 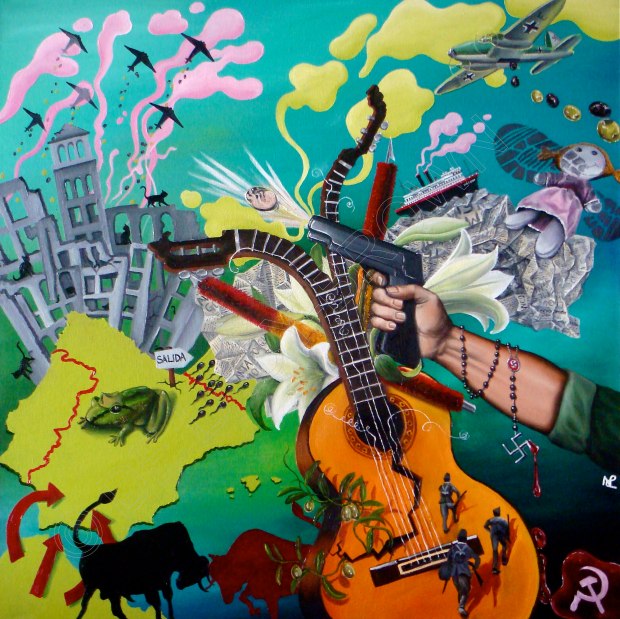 And so the details – well these initial save the date flyers (above) pretty much say it all, and whether you live in London, in England, or far across the globe, I would encourage you all to make London your priority destination from 12th – 18th May 2014 for what I hope will be the most significant exhibition of my life so far.

The inside of the gallery (albeit not with my works!) (Images © Strand Gallery) 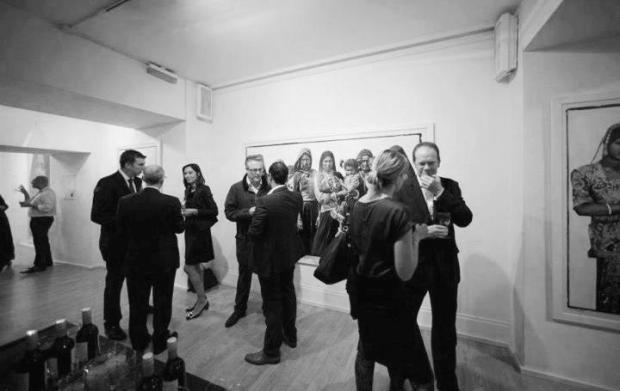 So there it is – my show is announced, and readers of The Daily Norm can expect to hear a lot more about it over the next 6 months as the show week approaches. In the meantime, please put the dates in your diary, and get yourself ready for the show of my life.