Earlier this year I reviewed two London exhibitions which played homage to the brilliance and versatility of the printmaking medium, both through the chiaroscuro effects achieved in early renaissance woodcuts, or through the work of a Titan of contemporary British printmaking – David Hockney. Well no sooner had those shows shut up shop than another showcase to print has opened up, this time at my favourite gallery in London, the Courtauld.

This new exhibition, From Bruegel to Freud is characteristic of the shows that the Courtauld does best: small yet focused, and although it displays only some 30 or so prints from a total collection of 24,000, the chosen prints perfectly illustrate the startling breadth and variety of the Courtauld’s impressive print holdings. And in giving itself over to a range of prints rather than honing in on one type or period, the exhibition ably demonstrates the potential of print both as an educator and communicator (for example Nicolas Beatrizet’s vast engraved copy of the Last Judgment wall of the Sistine Chapel, or the historical engravings of various architectural buildings such as the wonderfully detailed engraving of Rome’s Colosseum exhibited), as well as a wonderfully diverse medium for artistic expression in its own right. 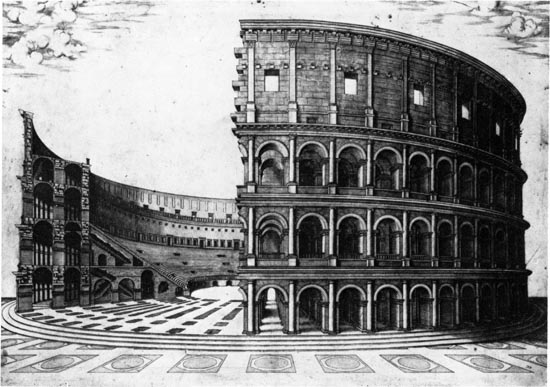 Engraving of the Colosseum 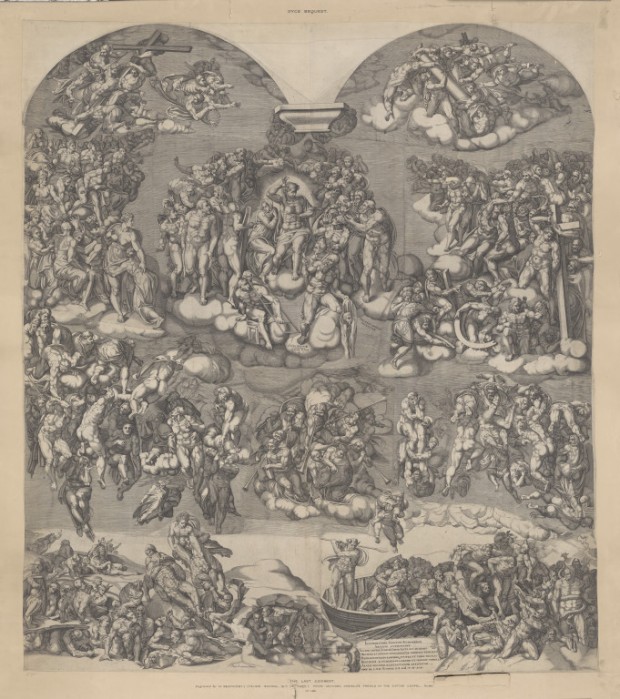 Starting with prints from the likes of Andrea Mantegna from the mid 1400s and ending with recent offerings from Chris Ofili, the show is chronologically broad. The early works are full of exquisite detail. I loved Agostino Veneziano’s The Academy of Baccio Bandinelli which, through engraving not only captures the brilliant detail of artists at work in a studio but also the drama of low candlelight with incredible shadows dancing and flickering on the wall behind. I also adored Hendrik Goltzius’s The Pieta, another engraving utilised to maximum effect – the lines and contours of Christ’s muscular body are stunning here. There was also great humour in Hogarth’s Before and After engravings, showing a man ravaged with passionate desires for a woman in one print, and the same man much dismissive once he has had his saucy way with her. 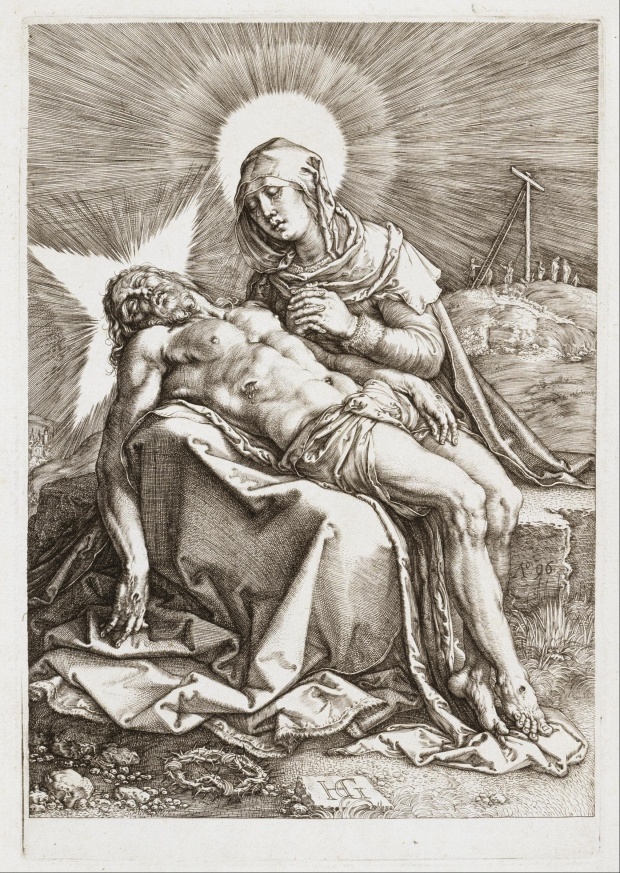 But perhaps unsurprisingly for a museum whose finest collection is its impressionist and post impressionist works, my favourites were those emanating from the late 1800s when printmaking as a medium was having a new hayday, and innovations such as lithography were opening up printmaking to more artists. Amongst them was Toulouse-Lautrec whose lithograph of a jokey straddling a fast moving galloping horse was rightly displayed at the centre of the show, and Bonnard, whose whimsical and somewhat mysterious Woman with a Child and dog from the Nannies’ Promenade series was my favourite in show. 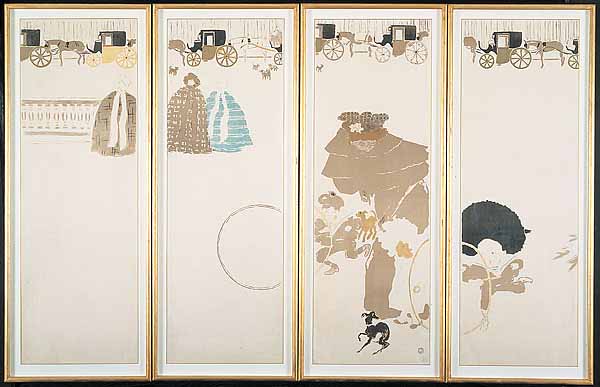 But of course I cannot end this brief canter through the Courtauld’s show without mentioning one of the last prints being exhibited – Blond Girl by Lucian Freud. For it was this very etching, and those others held in the Courtauld’s collection, that inspired me to start printing a little over a year ago. And for all of the etchings and woodcuts I have done since, I have Freud and the Courtauld to thank.

This brilliant homage to print is on at the Courtauld until 21 September 2014.