No detail too small: the intricate spectacle of a Neapolitan Nativity

In a large number of countries the Nativity scene (Belem in Spain, Presepe in Italy) is as big a part of the Christmas festivities as the lights switch-on in London’s Oxford Street or the Christmas tree at the centre of a family home. Having gone to Catholic school as a boy, I still remember the prominence with which the Nativity set was placed in the front entrance, and how perplexed I was (and remain) that the teachers remained insistent that the Jesus figure should not be placed in the manger until Christmas Day: but this is a school I thought – who on earth is going to see it during the holidays?

Despite the fact that the tradition of setting out a nativity is centuries old in many a catholic country, the general belief is that it all began in Italy where St Francis of Assisi is credited with creating the first nativity scene in 1223 at Greccio, Italy. There he is said to have recreated the birth of Christ through placing people dressed in the various nativity roles in a cave. A tradition was born, and perhaps for this reason, it is arguable that Italy has remained the predominant master of the nativity craft. This is not least in Naples where, in the famous Via San Gregorio Armeno, the entire street is given over to the craftsmen who make every intricate detail of the characters and setting of the Neapolitan presepe. 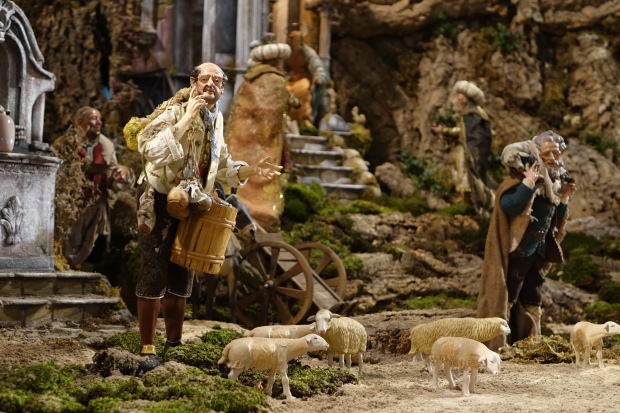 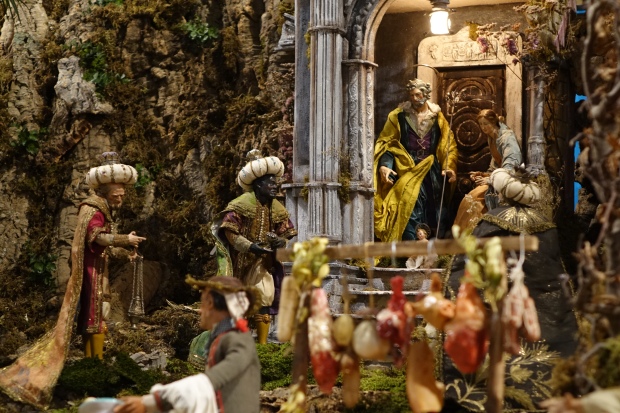 While last Christmas I braved the crowds who had crammed their way up the dark side streets of the Spaccanapoli to get a view of this famous Neapolitan craft, this year I have had the fortune to see their masterpieces at far closer a proximity. For here in Palma de Mallorca, but 2 minutes from my flat in an inconspicuous church on the Carrer de San Miquel, there is a Neapolitan gem of its own. Set out across a mountain plane simulated from the supple bark of a cork tree, and comprising a phenomenal range of architectural features and carefully characterised figures, this Nativity demonstrates why the Neapolitan craft remains so renowned. Not a single detail of street life has been missed, from the slimy pig’s head sold by the Butcher, to the bag of eggs swung by the old housewife. What tickles me are the gruesome details of their lined faces, and their masterful expressions – so full of personality you’d swear they were alive. 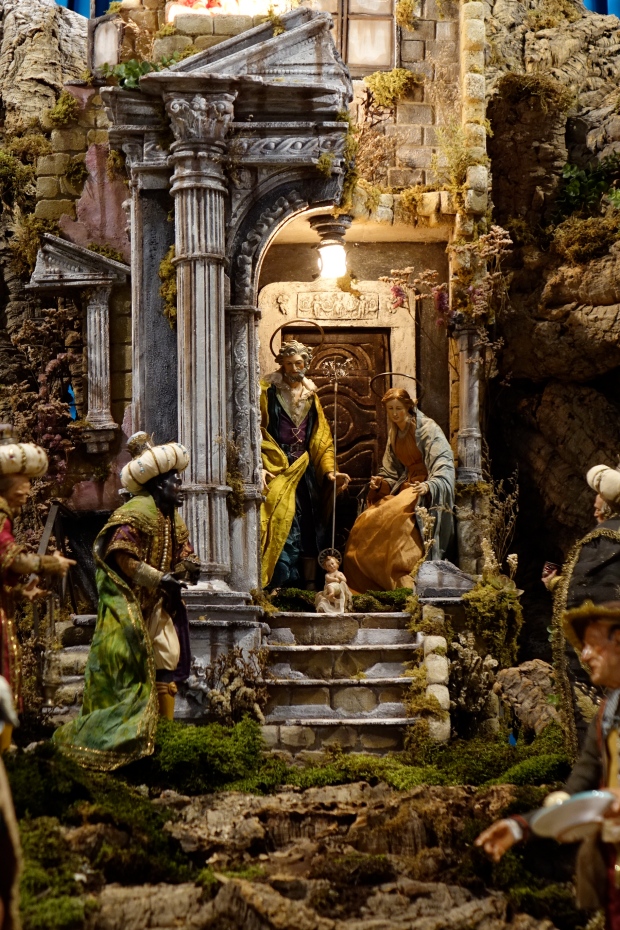 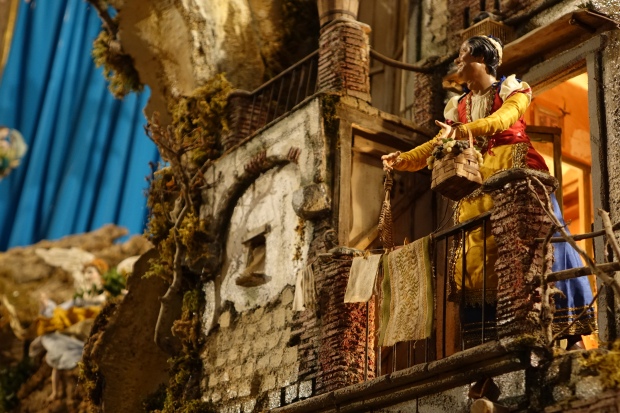 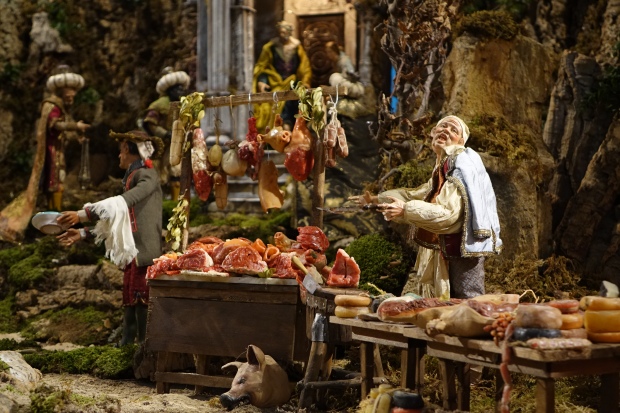 In fact Palma de Mallorca holds the nativity or Belem dear to its heart, with a trail tracing once fantastic Belem to another across the city. But few could deny that the real brilliance of Belem craft has been mastered by the Neapolitans, as the nativity photos above demonstrate so well.

All photos and written content are strictly the copyright of Nicholas de Lacy-Brown © 2014 and The Daily Norm. All rights are reserved.