Regular readers of The Daily Norm will remember that I am utterly captivated by the charms of a cemetery. It’s not a morbid fascination – far from it. For me, cemeteries are amongst the most beautiful and thought-provoking places you can visit. Somewhere to escape the noise of life, to reflect on the emotional strength of people’s devotion to their families, and to admire some of the most startling sculptures you are likely to see in a small compact space. I have been to many cemeteries in my time, not least here in Spain where the mix of sunshine strained through shady cypress trees is particularly poetic. But if the cemeteries I have seen here before were works of poetry, the municipal cemetery in Palma de Mallorca was nothing short of a masterpiece of theatre. 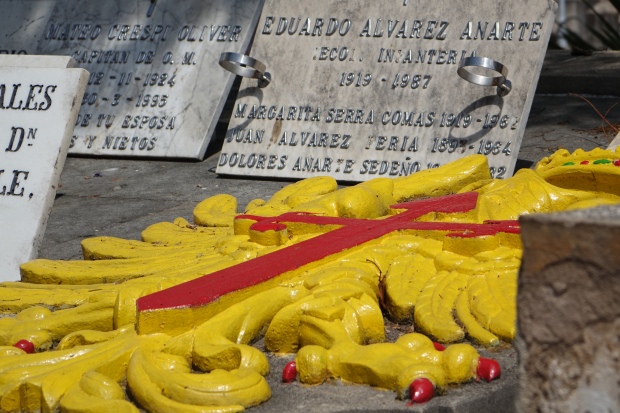 Located close to the outer ring road, the cemetery is not exactly walkable from the centre of town, and as a result, it was not until now, with a hire care at our disposal, that we were able to pass by. But this cemetery was worth the wait. Never in all my life have I ever seen such a vast collection of intricately crafted, magnificently devotional sculpture and stunning architecture in such a compact space. The cemetery is probably the biggest I have ever been in, but it is also amongst the most crowded, and row after row and row after row of tombstones are loaded not with simple flat graves, but elegantly and theatrically decorated with stone crosses, angels and other elaborate sculptures so that the result is a veritable forest of ancient stone. 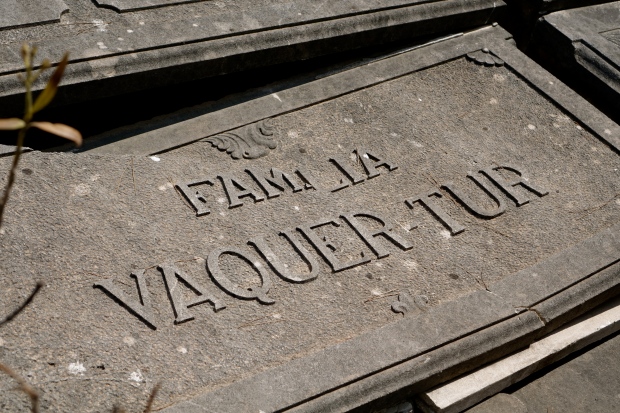 And most magnificently of all are the series of lavish little side chapels which line the perimeters of the cemetery. Utterly elaborate, constructed in a number of styles from baroque to classical and even 20th century modernist, this collection of buildings looks like an ancient empire, resembling the kind of spectacle which may have been found when entering a roman forum lined with temples. 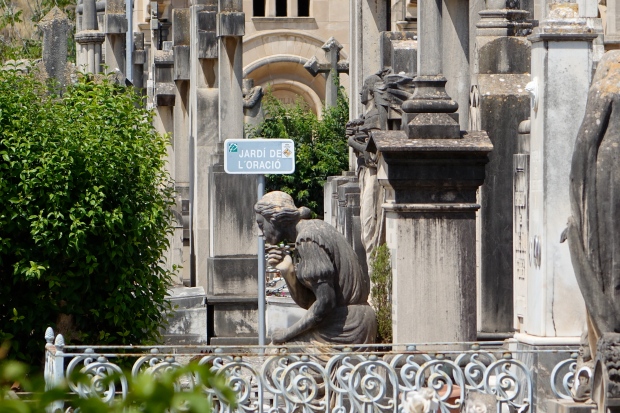 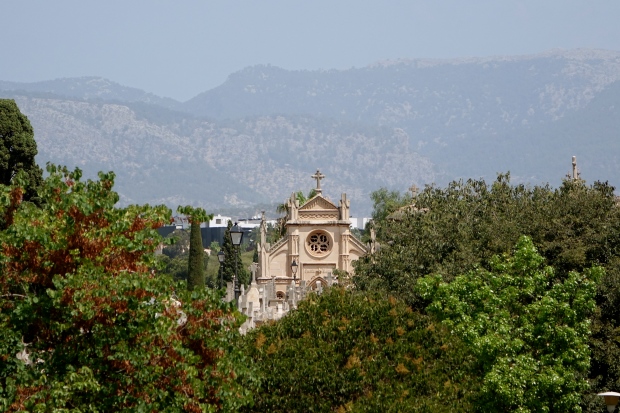 But that was not all. For beneath ground level, a secret staircase led down into what was probably the most spectacular aspect of the whole cemetery – a vast double horseshoe-shaped catacomb itself lined with tombs from floor to ceiling, flooded with light from holes in the ceiling, and slowly sprinkled with dust gently falling in the rays of sunshine. It was like something from Indiana Jones, and with road names engraved in latin we felt like we have been catapulted centuries back to an ancient civilisation. 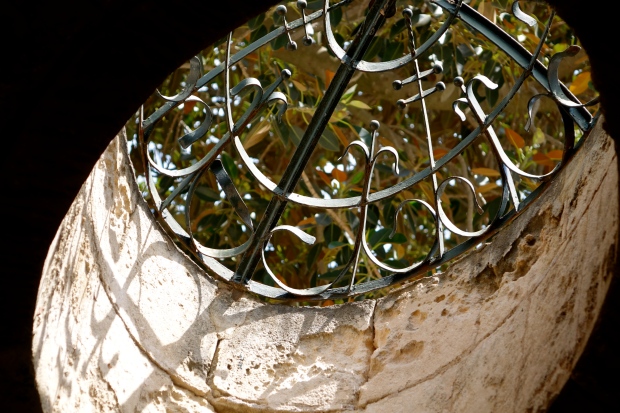 It was only when we emerged back into the heat of the Mallorca day, the sounds of the nearby ring-road resounding nearby, that we realised we had just found Palma’s secret city.