This post commences with a warning: You are about to be bombarded by blue. An intense, electric, ultramarine blue which defies the senses and energises the mind. And when the more natural colours of citrus and verdant green are set against it, they too become alive, as though infected by the sonic grove to which this blue vibrates. The result is a panoply of vivid colour, a palette so strong that these photos should not be viewed with a hangover. But rather, with a clear head, get ready to revel in this most glorious colour of Marrakech, a shade which has defined the idea of the avant-garde garden paradise, ever since it was first used in the Moroccan garden of French artist, Jacques Majorelle and later the home of one Yves Saint Laurent. This is a post dedicated to the colour so synonymous with its creator and his lavish Marrakech garden that it was named after him: Majorelle Blue. 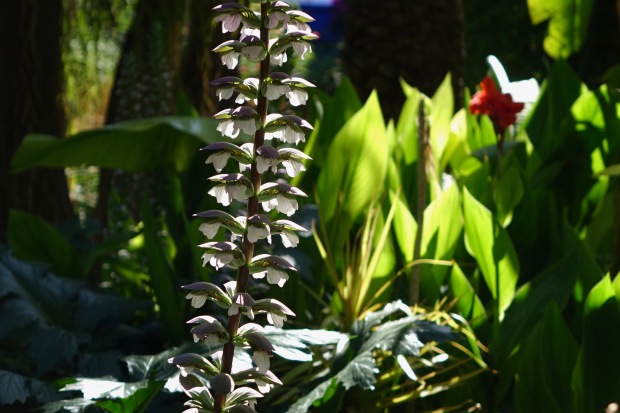 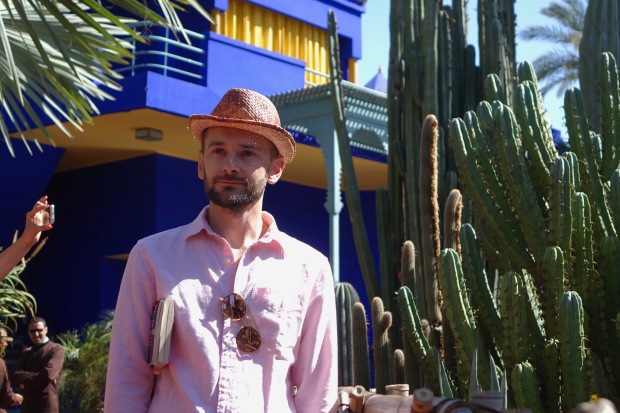 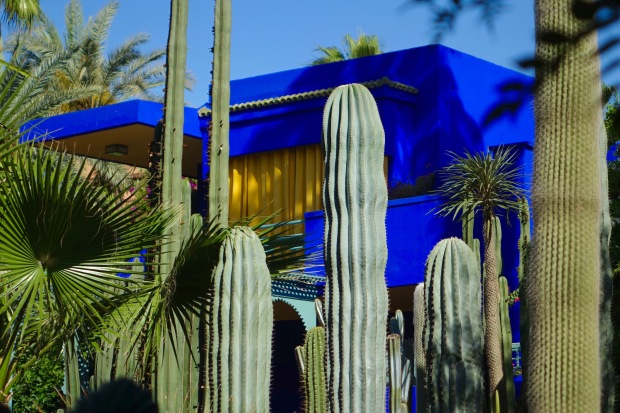 The Majorelle Garden is one of Marrakech’s most popular sites. No doubt the legacy of YSL –  who recovered the abandoned masterpiece of fellow ex-patriot Majorelle in the 1980s and returned it to its former glory – is a prime attraction. But beyond the YSL gloss, which adds understandable glamour to this secluded, leafy space, this is a garden which packs a punch from its entrance. The blue, a mix of cobalt and ultramarine, is so vivid that it cuts through the plants whose dense foliage attempts to cover it. In the garden, every possible type of prickly cactus and tubular bamboo fights to fill the light afforded by the dappled space, and yet they are a mere chorus to the protagonism of the blue. Yes, it allows the green of the plants to sing like a true maestro, but it does so complacently, knowing itself to be the true star. 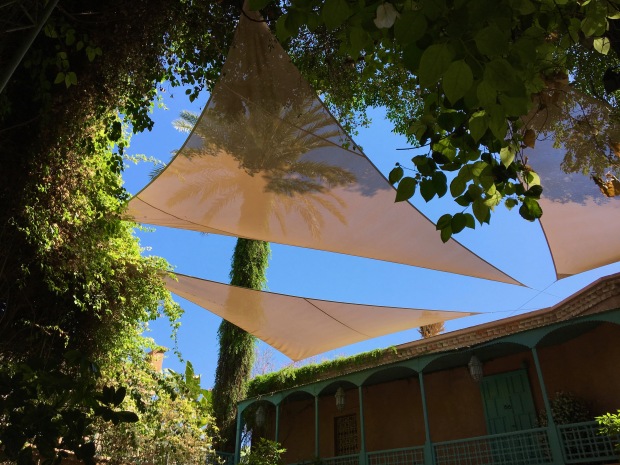 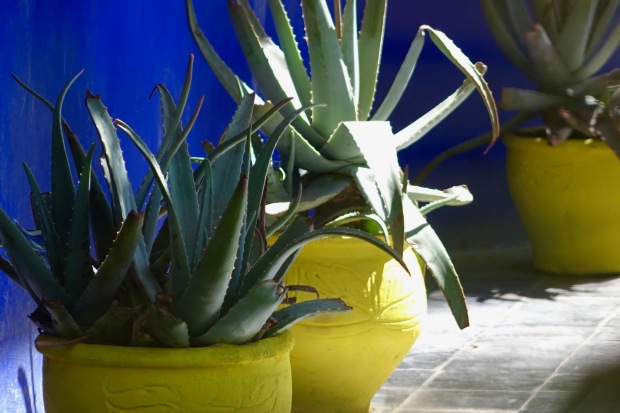 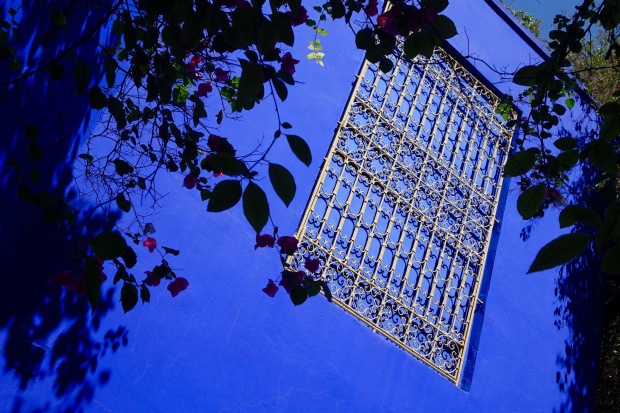 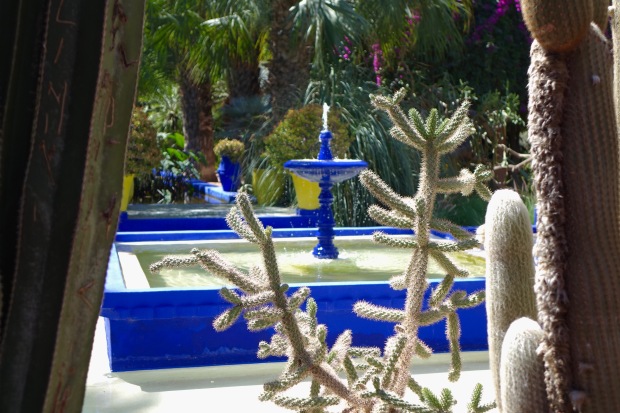 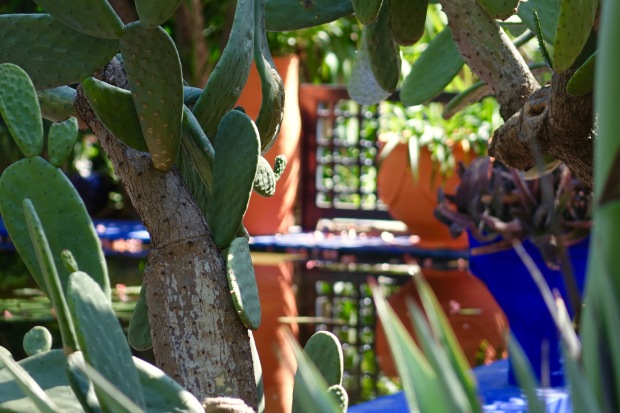 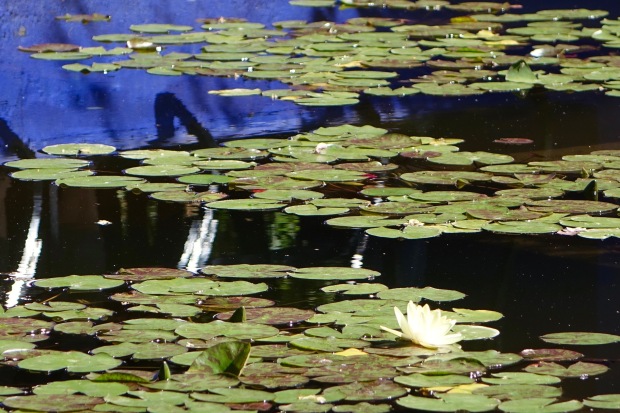 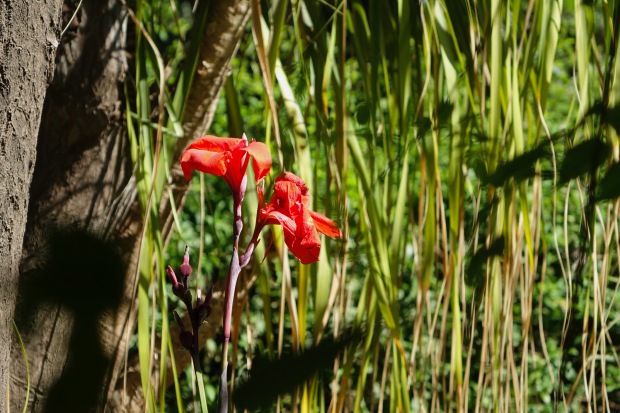 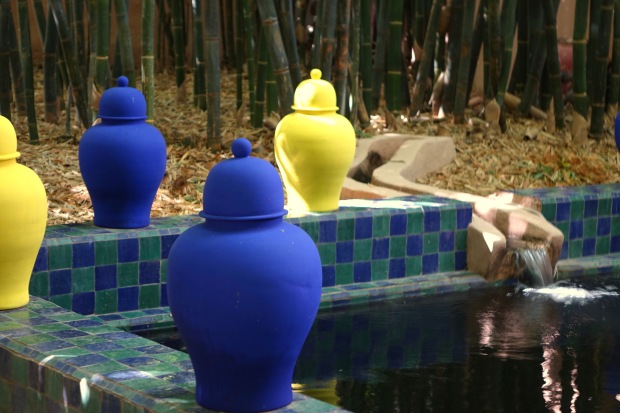 While the walls of a waterlily pond (like Monet’s garden on acid) and an adjoining Arabic waterway are given over to this blue, it is the house itself, with its cubic form and intermittent splashes of vivid yellow, which really give the blue its stage, from where its monologue can be radiated throughout a lush garden punctuated with yet more splashes of prominent blue, yellow and orange. Pots and urns do not escape the paint treatment, so that the whole garden becomes unified in colour. It’s as though no plant nor path has been allowed to escape the treatment of a designer intent on creating a cohesive catwalk show. This is a garden choreographed to sing out, to impress. And it does so with aplomb. 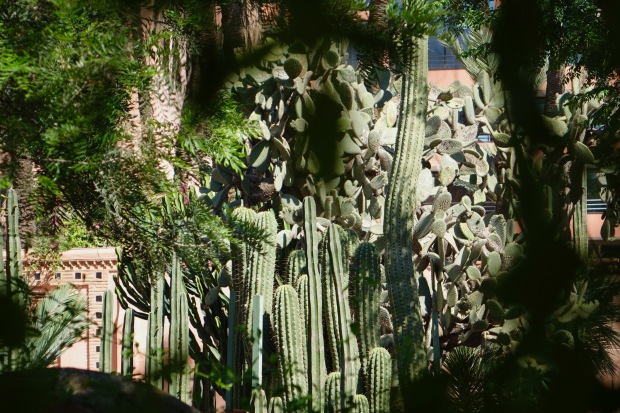 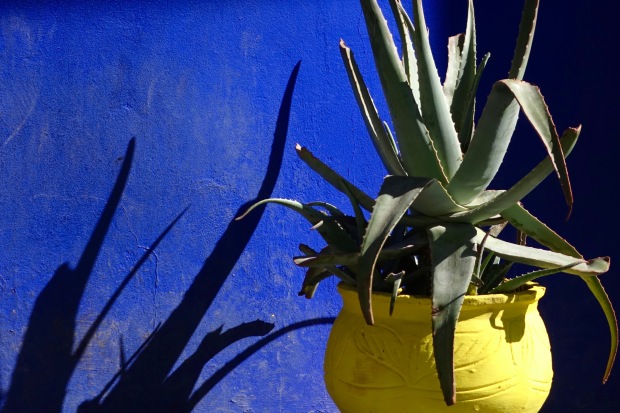 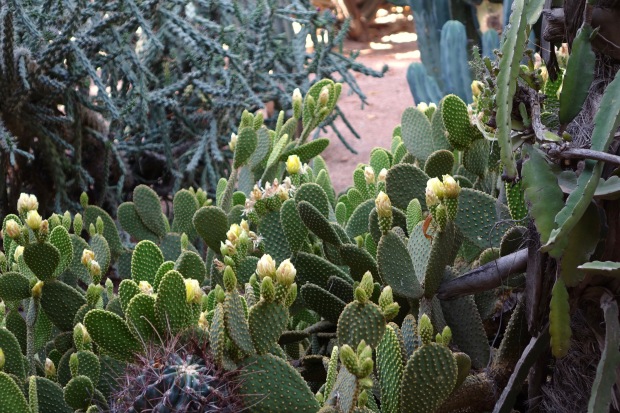 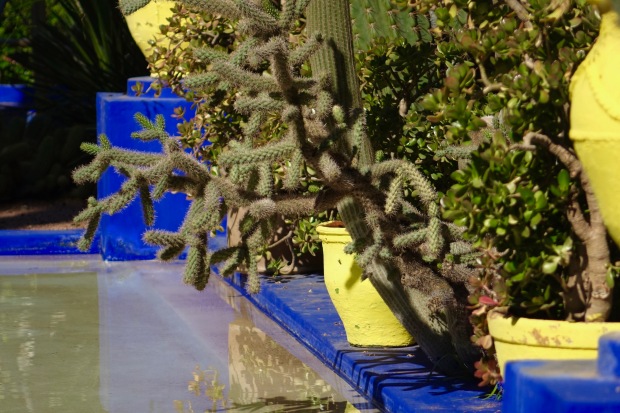 Predictably the garden is always awash with visitors. Their backpacks and chattering inject the colour harmony with unwanted clashing tones and a strident cackling which punctuates the calm which ought to dominate this cultural space. For this reason my photographic dedication to the Majorelle Garden concentrates more on the details than the overall space. But in those details you can see the effect of colour and contrast, as that magnificent blue comes face to face with its colour wheel opposites. The result is a true spectacle of colour, rarely dared to be seen in so naturally abundant a green and thriving garden space.